What edge computing means for the future of organisations

Converging technologies are using edge computing to change the way we do business and go about our daily lives.

There’s a great scene in Seinfeld where Kramer talks about big companies writing things off for tax purposes. Jerry looks at him and says, “You don’t even know what a write-off is.” Kramer eventually says, “But they do, and they are the ones writing it off.”

When attempting to discuss edge computing with a friend recently, he said, “Well, it’s an alternative to the cloud, isn’t it?” I looked at him and said, “What do you think the cloud is?” And after a long pause, he shrugged his shoulders and started laughing.

Frankly, until I did some research for an article around a year ago, my ideas were also vague – some ethereal cloud in the ether. “Well, it’s in the cloud, isn’t it?” So for any bluffers like my friend and I, essentially the cloud refers to big data centres around the world, literally warehouses full of servers that are accessed via the internet, and also the software and data that those servers process. A collection – or cloud, if you will – of shared IT resources as part of the network.

The cloud network exists so that we don’t have to lug our own personal server around with us and purchase every software application in existence. Using our laptops and smartphones, we interact with these powerhouses of data storage and application.

The US has more than 2,750 data warehouses, the UK has around 450 and Australia has around 270. Whenever you process data on your phone or computer, it shoots off to one of these warehouses via the network and comes back again processed. 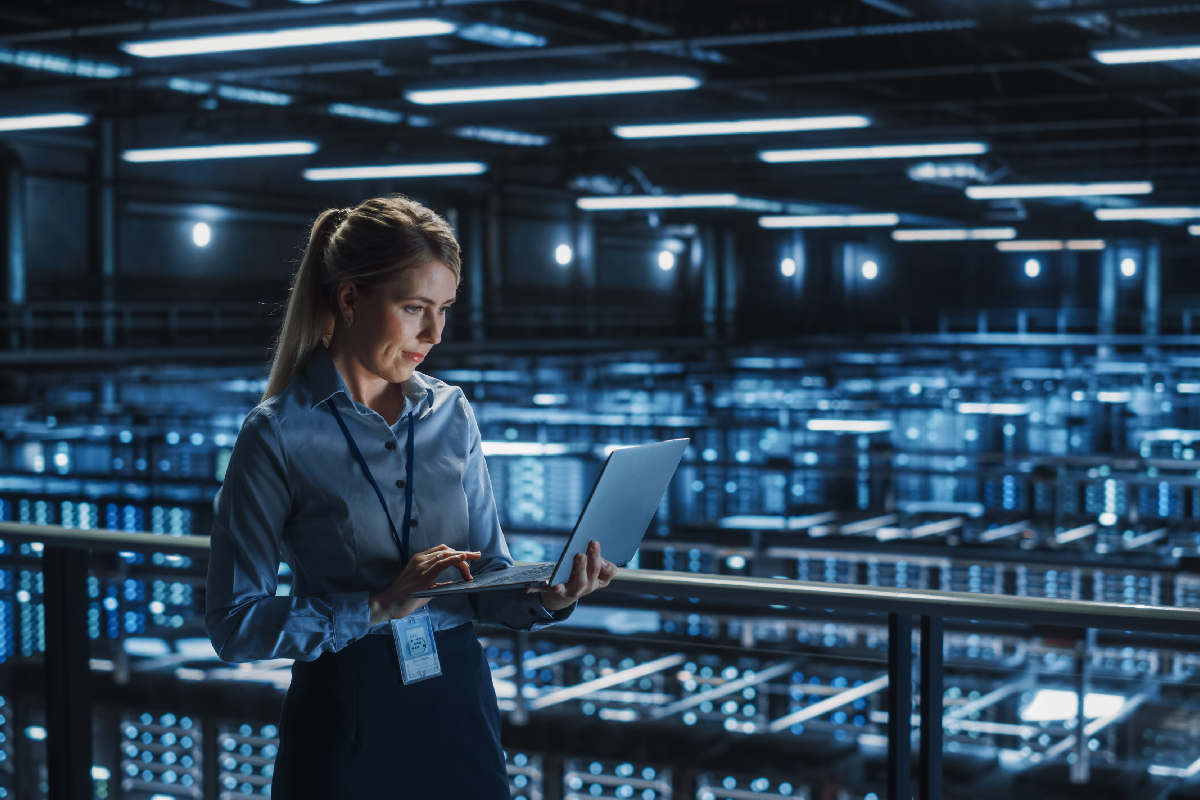 Edge computing refers to smaller and more numerous data hubs closer to the user – ‘closer’ literally meaning geographically nearer to where people use their devices.

The way the world works these days, with more devices and more applications constantly emerging, means we are drowning in a sea of data. Sending it off to an already overloaded data warehouse can be time consuming – we’re not talking days, but rather your Netflix show constantly buffering, or your internet taking a while to download something. It’s irritating. But in the world of medicine or high-speed travel, for instance, it can also be dangerous.

The benefit of edge computing as it increases over time – and it will, admittedly, take time to build the infrastructure – is that response times will be quicker and less bandwidth will be used. Edge computing is perfect for real-time data processing issues. Computing resources at the ‘edge’ of the network can respond far quicker than a huge data centre many kilometres away at the centre of the network. Building servers at the edge results in better response times and transfer rates. Again, we’re talking minute portions of time, but every zeptosecond counts.

In simple terms, edge computing reduces the volumes of data that need to be moved and the distance that data needs to travel. There is therefore less traffic – it all means lower latency (that delay before your instruction is acted upon), quicker movement of data and a reduction in transmission costs. Throw in 5G, which essentially means quicker data travel anyway, and you can see why edge computing is the future.

And it is the future. At the moment less than 10 per cent of business data is created and processed at the edge of the network, but according to technology research and consulting company Gartner, that will rise to 75 per cent by 2025.

Think of any industry that not only wants but needs instant response times to process its data and you can see the attraction, from self-driving cars to medical science and hospitals to public safety. Using edge computing means it’s also far more possible to replicate the reactions of humans, so facial recognition, artificial intelligence and fast analytical tools all benefit massively from the lack of latency and speed of transfer that it allows.

So who is currently investing in this technology? Well, everyone, and it started pre-COVID. After a few years of theoretical discussions, all the big technology companies made the leap in 2019. Microsoft, Amazon and Google’s parent company Alphabet are leading the way – the three largest cloud providers are literally edging out.

Another giant, IBM, sees it as a chance to regain ground as the company attempts to move on from some of its legacy business. Content delivery networks such as Akamai and Fastly are understandably highly interested, and of course ecommerce will benefit.

And last but not least are people like you and me, many of whom are working at home. If you’re reading this from the lounge room or wherever your home office is located, you’re not alone – and we are all burning through immense amounts of data between us.

Edge computing was already starting to gain major traction in late 2018, but the pandemic has accelerated its need, as it did with many other forms of digital technology. You’ll be reading a lot more about it this year – and those articles will hopefully hit your smart device quicker and smoother than ever before.