Single Use Ain’t Sexy’s CEO and Founder talks to The CEO Magazine about his revolutionary approach to helping consumers reduce single-use plastic – and he’s set to become a global leader with a full suite of products lined up across the personal care and home cleaning space. 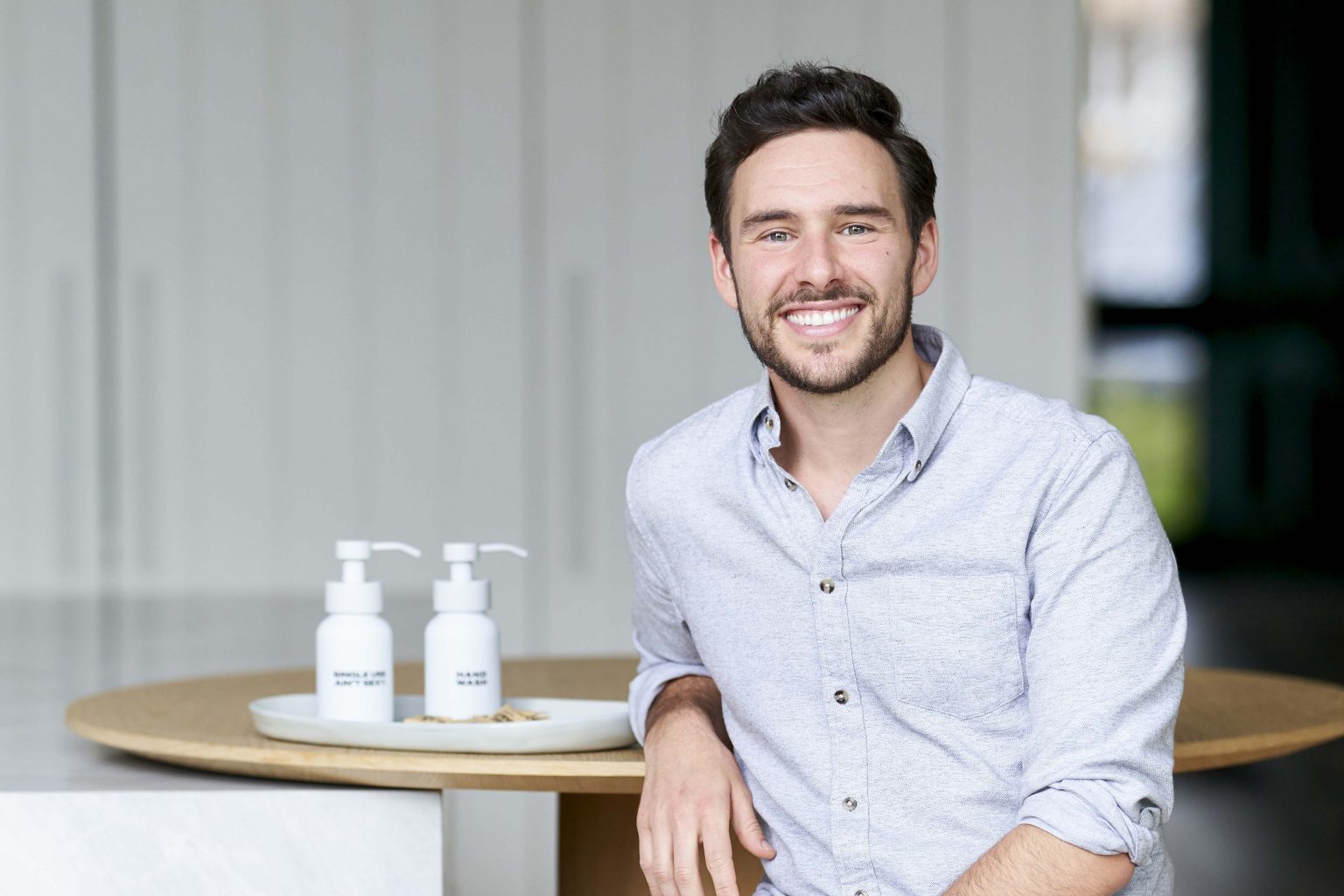 Somehow, impact-driven entrepreneur Josh Howard has taken eco anxiety and transformed it into a product that’s fun, accessible and difficult to resist having on your countertop.

Like many kids, Howard was fascinated by dissolvable substances, which eventually sparked the idea of developing what is essentially the Berocca for hand soap.

“I see Single Use Ain’t Sexy as the gateway drug into sustainability for people,” he says.

With its premium, gender neutral look and feel without the budget-busting price tag, Howard is redefining sustainability with a product that successfully marries the hygiene of a liquid soap with an eco-friendly bar soap.

“It’s different to bar soap because I think a lot of people want to be more eco-friendly, but don’t necessarily love the hygiene associated with sharing a bar of soap, especially in communal bathroom settings,” Howard explains. “This is also probably why we’re finding we’re having quite a bit of success in restaurant bathrooms, hotel bathrooms and corporate office bathrooms.”

After consulting with 93 manufacturers from around the globe, deciding whether to partner with a soap or a tablet company to birth an entirely new concept was challenging.

“We ended up going with the tablet-making company, and they basically distilled the normal ingredients that would go into a hand soap down into a powder and then pressed it into a tablet,” Howard says.

“I think the just-add-water category gets really exciting, thinking about all the different products that you can dehydrate or remove the liquid from and just add it at home.” – Josh Howard

However, breaking new ground in a new category is never quite as easy as it sounds, as you don’t have a “blueprint for what has worked or what hasn’t worked that you can follow.”

Competitively priced at US$2 a tablet, which is the equivalent to an entire bottle of liquid soap, Howard has intentionally left water out of his signature formulation.

“Each time people use our product, each time they drop another tablet, they’re saving a single-use plastic bottle from landfill. On the back end, we’re helping people minimise their carbon footprint by not shipping water,” he says.

A quick scroll through the brand’s social media feed and it’s clear why businesses and consumers would choose this product over any other bottled soap, with its sleek white glass dispenser as if straight out of a lab. The mass appeal of this aesthetic reflects Howard’s self-proclaimed passion for design.

Arguably one of the greatest challenges for entrepreneurs like Howard is keeping up to date in a landscape that’s in constant flux – whether that be in marketing or product development.

“It’s just like a tech product. You’re always making improvements. You’re trying out new features. You’re getting new samples done. You’re updating formulas,” he affirms. “And so, it’s very much that idea that nothing is ever going to be perfect, and you just want to keep making it better and better.”

The brand, which coincidentally launched around the same time that COVID-19 began to spread throughout the world, was suddenly not only helping consumers reduce their carbon footprint, but also helping them stay safe through washing their hands.

“No business is the same and no business grows in the same way, and so you’re constantly trying to figure out what works for your business. What are the processes and what are the initiatives that you can use, employ and repeat to help with your own growth in management?” Howard says. “I think that stuff really can only be learned by trial.”

As an early stage, fast-growth company, Howard hopes to see the product on the shelves of large retailers, a dream that’s already begun to take shape.

“We launched in a trial with Woolworths a couple of weeks ago. Australian big store markets and retailers like Woolworths are looking at brands like us thinking, ‘This is the type of change that we want to democratise and give lots more people access to,’” he says.

With plans to scale the business and enter new markets in the UK, the US and Canada, where there is a healthy appetite for sustainable products, Howard has high hopes of becoming a leader in the dissolvables space with new innovations underway.

“I think the just-add-water category gets really exciting, thinking about all the different products that you can dehydrate or remove the liquid from and just add it at home,” he points out.

While there was once a time when he assumed that to lead with a great product would suffice, Howard has since learned otherwise.

“Being sustainable is not enough,” he reveals. “It has to look good. It has to be competitively priced. It has to smell really beautiful. It has to come in great packaging. So, there’s all these elements that we’ve kind of been learning over the last couple years.”

Reflecting on the past few years, Howard says that innovation goes a long way towards being heard in today’s over-saturated landscape.

“Everyone’s just scrolling on their social feeds all the time so to come up with campaigns, ideas, copy, creative content that is compelling for people to want to pay attention to is really difficult, but really important,” he admits.

For sceptics who might be thinking that switching to a plastic-free hand soap alone is only the tip of the iceberg in the fight against climate change, Howard is a firm believer in making small incremental changes.

“I think sometimes in this world of bad news and eco anxiety, there’s a feeling that nothing we do is going to be impactful enough to make a difference, and I don’t buy that for one second,” he shares.

Instead, the entrepreneur invites people to begin considering other changes that could be implemented on a small scale to be more sustainable. This could be as simple as re-using items for as long as possible.