How Airwallex became one of the fastest-growing fintech unicorns

COVID-19 has accelerated the world’s shift to a digital economy, and Airwallex Co-Founder and President Lucy Liu wants to make sure there are more female fintech leaders with her at the top.

When global fintech company Airwallex was established in Melbourne in 2015, nine out of every 10 fintech leaders in Australia was male.

“I was 25 when Airwallex was founded. Some people were surprised to see a young female co-founder of a startup in an industry traditionally dominated by men,” Co-Founder and President Lucy Liu tells The CEO Magazine. “In the early days, I recall a few double-takes when people saw my business card.”

One of Australia’s fastest-growing fintech unicorns, Airwallex now employs more than 800 people in 12 offices around the world. “Being a young woman in business can be challenging, but for me, it became a source of strength,” Liu shares.

“Being young allowed me to make bold choices and take risks. Tenacity and perseverance are qualities all successful entrepreneurs need, regardless of age or gender.”

Lifting up as she climbs In March this year, Liu was awarded the Rising Star Award for Young Alumni at the University of Melbourne’s 2021 Faculty of Business and Economics Alumni of Distinction Awards for her work with early-stage companies and founders and her “drive to be a female role model”.

“It’s deeply important to me that I share my time, learnings and experiences with the next generation of women coming up the ranks.”

In recent years, Liu has also acted as an advisor for StartupVIC’s Office Hours program offering mentorship to startups and has had an advisory role for the University of Melbourne’s Accelerator Program.

The passion Liu has for mentoring and supporting others is evident. “It’s deeply important to me that I share my time, learnings and experiences with the next generation of women coming up the ranks, looking to enter the fintech industry,” she says.

“Throughout my career, I have been fortunate enough to be guided by a wonderful array of mentors. My Airwallex Co-Founders have taught me a lot about perseverance and resilience.

“We rely on each other during difficult times and celebrate wins together. And my father has been a huge support to me from day one. I initially followed his footsteps in the finance sector. I also drew great inspiration from seeing other women pioneering in my field.” 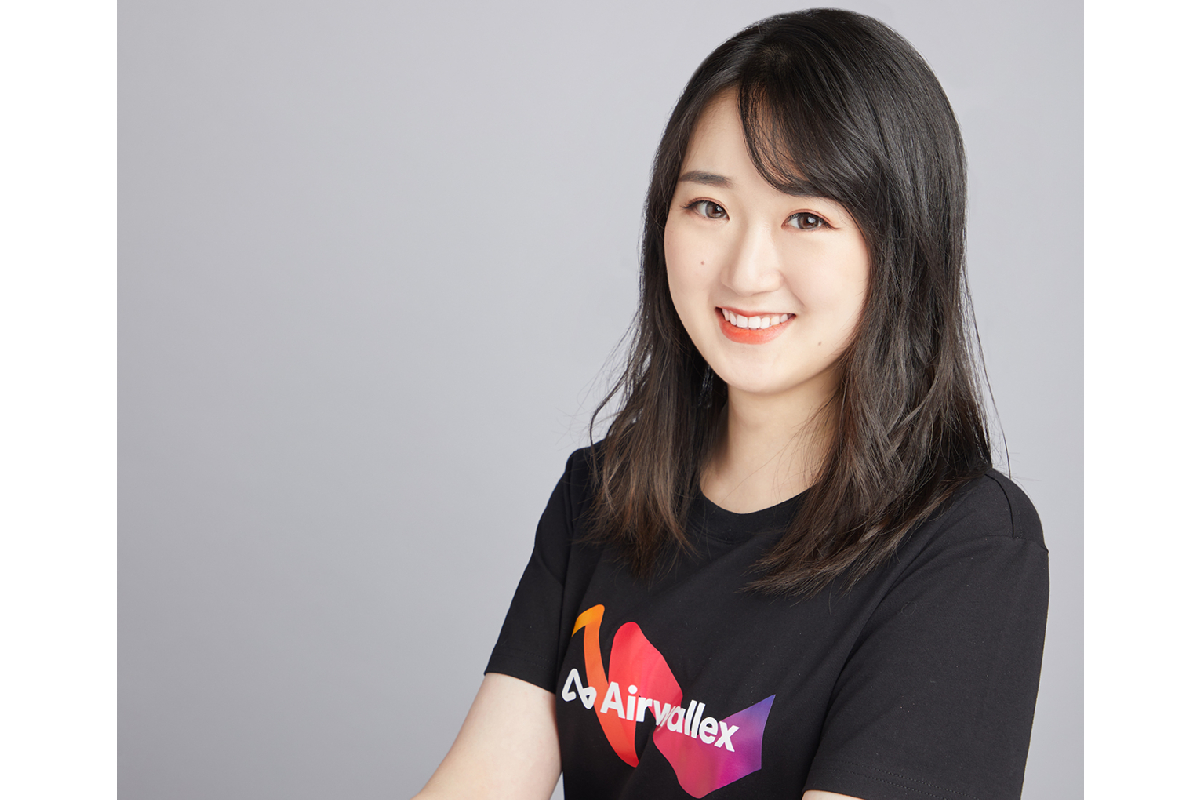 Born in China, Liu moved to Auckland, New Zealand when she was 12 years old before she obtained her Master of Finance from the University of Melbourne in 2012. After working as an investment consultant, she reconnected with her friends and Co-Founders, Jack Zhang and Max Li, and together they decided to tackle an ongoing headache in the online business world: international payments.

“With a background in finance, I was immediately drawn to what Airwallex was trying to achieve,” Liu reflects. “But what excited me wasn’t just the technology. We are not committed to merely digitising a process – international payments – but instead, creating a better financial system for businesses.”

Hitting unicorn status in 2018, Airwallex is currently valued at US$2.6 billion – a near tripling of its value from three years ago. In March, an extension of a Series D fundraising round saw an additional US$100 million raised, which will be used to extend the company’s international footprint and build out its expanding product suite.

While the company was well on its way to future success before the global pandemic, the impacts of COVID-19 have fast-tracked its growth.

“Although our personal worlds got smaller during lockdown, more and more businesses had to expand into international markets to remain viable. This mass shift online created significant opportunities for Airwallex,” Liu explains.

“Fintech integrations are necessary for online businesses to operate across borders successfully. This is why we launched Airwallex Virtual Employee Cards, allowing teams to create a virtual spending card for their employees with set limits. The business is growing so rapidly we are looking to fill 400 open roles worldwide.”

Having turned 30 this year, Liu seems intent on not letting her age or gender determine how high she can ascend or how many people she can bring up the ladder with her – especially as she tackles the challenge of work–life balance.

“More often than not, people do not know I am a mother to a two-year-old daughter. It sounds like a lot – juggling being President of Airwallex and raising a toddler – and that’s because it is,” she laughs. “But my daughter inspires me every day to be a better person, both personally and professionally.

“The global pandemic has fast-tracked flexible working and created a space that supports work–life balance, although leading with empathy is still paramount. With the pandemic creating its own unique challenges, patience and kindness must remain top of mind as we move through these uncertain times.

“Open and honest communication builds trust between all levels of business, regardless of seniority. Your team holds the talent, skills and grit to make your business successful – make sure you invest in them.”