Sustainability is the only way. Period.

The best innovations are simple and multi-million-dollar underwear brand Modibodi has triggered the disruption of a 20-billion-dollar global industry. 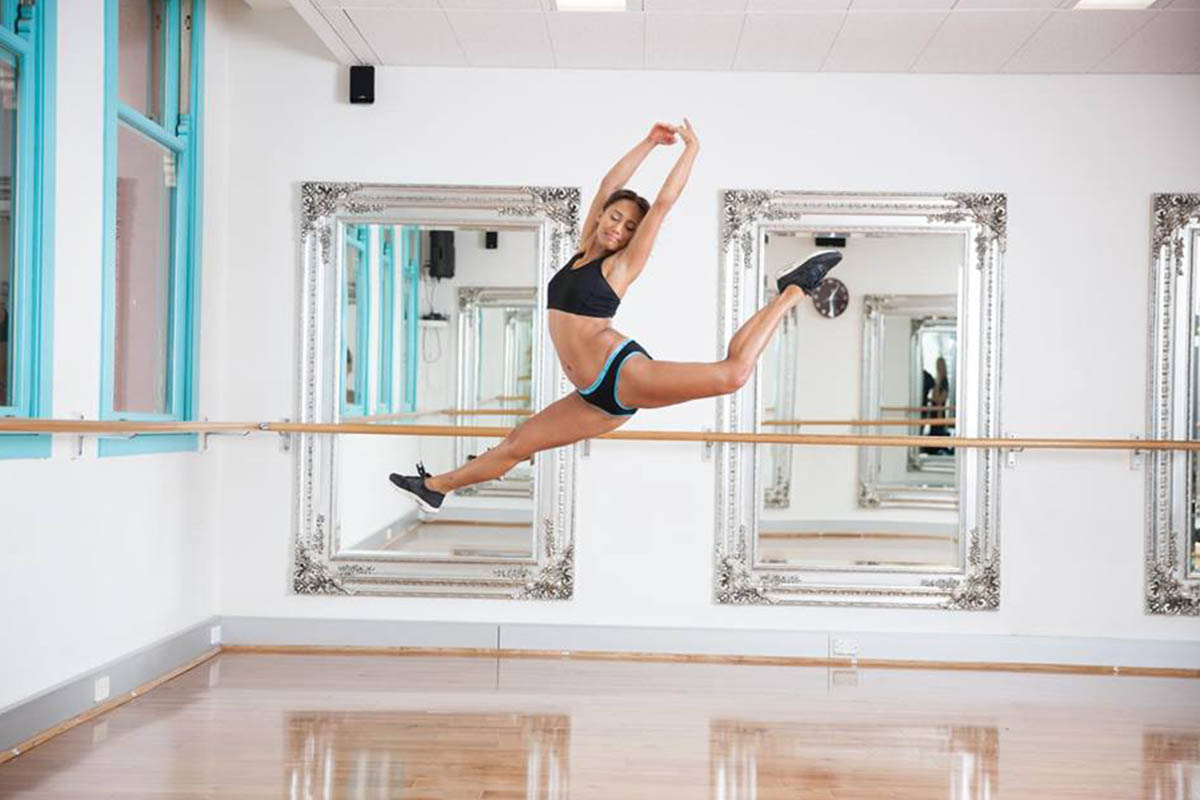 Multi-million-dollar Australian underwear brand, Modibodi, is an innovation generated by the classic principles of human-centred design. Kristy Chong had a problem. She knew billions of women suffered from the same unspeakable issue, and so she set out to solve it, commercialise the solution and build in sustainability at every step in its chain of custody. The best innovations are simple and this one has triggered the disruption of a 20+ billion-dollar global industry: feminine hygiene.

Male readers, this is your problem too. Feminine hygiene products form an unsustainable and single-use industry that weighs heavily on the environment: namely cotton mass-production, which is too reliant on water, as well as non-biodegradable plastics that depend on fossil fuels.

“To switch to a reusable, sustainable, more comfortable solution, we have to change a whole tradition from one generation to the next,” – Kristy Chong

Australian public relations executive Chong was living in Seattle in 2011, surrounded by technology start-ups, when she resolved to find a solution for an issue almost all women have to manage. Women might hold the superpower for producing humans, but the by-products of this biological feat are no picnic to live with: menstruation and stress incontinence. In many countries, these problems prevent girls from going to school at best and remove them from society at worst. 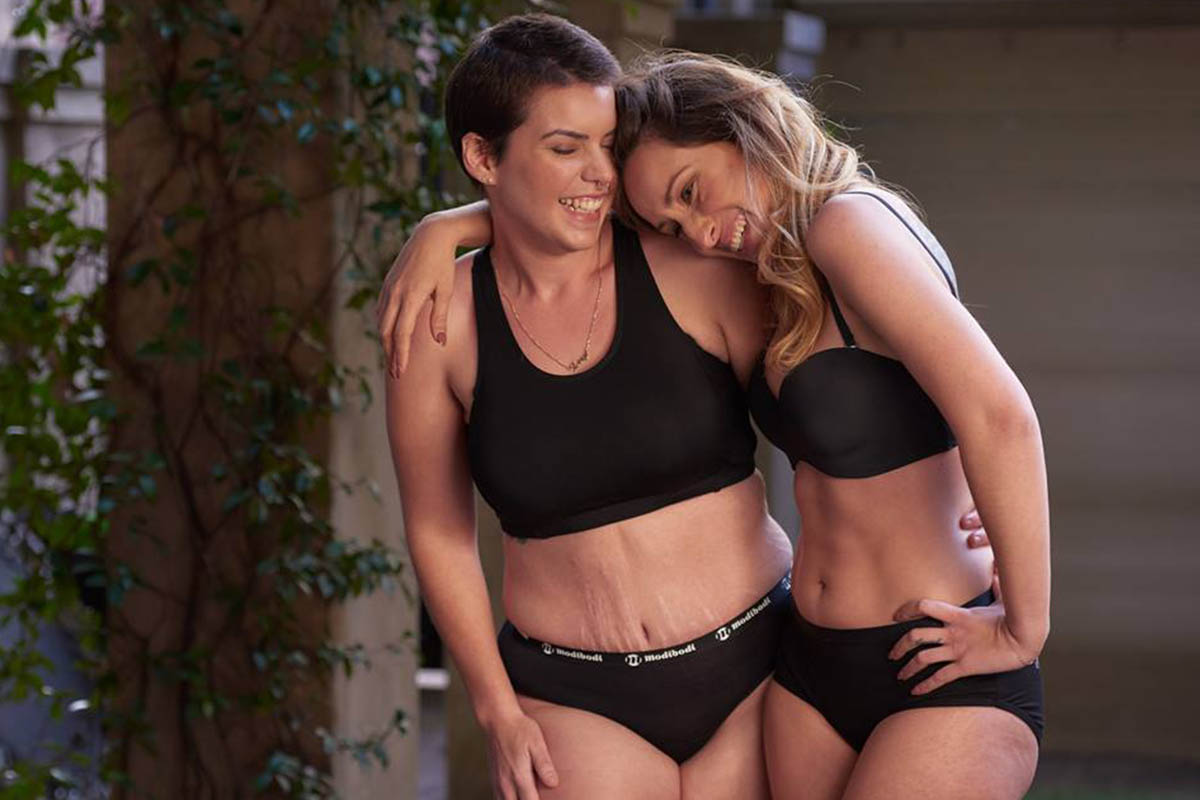 Chong wasn’t satisfied with commercial products in this space in 2011. Comfort, style and sustainability had generally been ignored by the status quo established in the 1970s when mass-produced feminine hygiene products took off. It was long past time to innovate, so Chong spent a year-and-a-half testing, perfecting and inventing the world’s first period-, perspiration- and pee-protective underwear. There, we said it. Period undies.

Chong’s invention has been a significant game-changer for consumers who have switched to a more comfortable, effective and sustainable solution to feminine hygiene. As it turns out, it’s one hell of a money spinner, though Chong doesn’t disclose the company’s turnover or growth trajectory, other than to say it is a multi-million-dollar business.

At about A$25 a pair and most customers purchasing a pack of six, there is a whopping potential market size including almost all women and girls in wealthy countries, roughly from the age of 11 and up.

This Australian innovation is manufactured in China and is now available in the UK and France with plans to expand into the United States market in 2020. 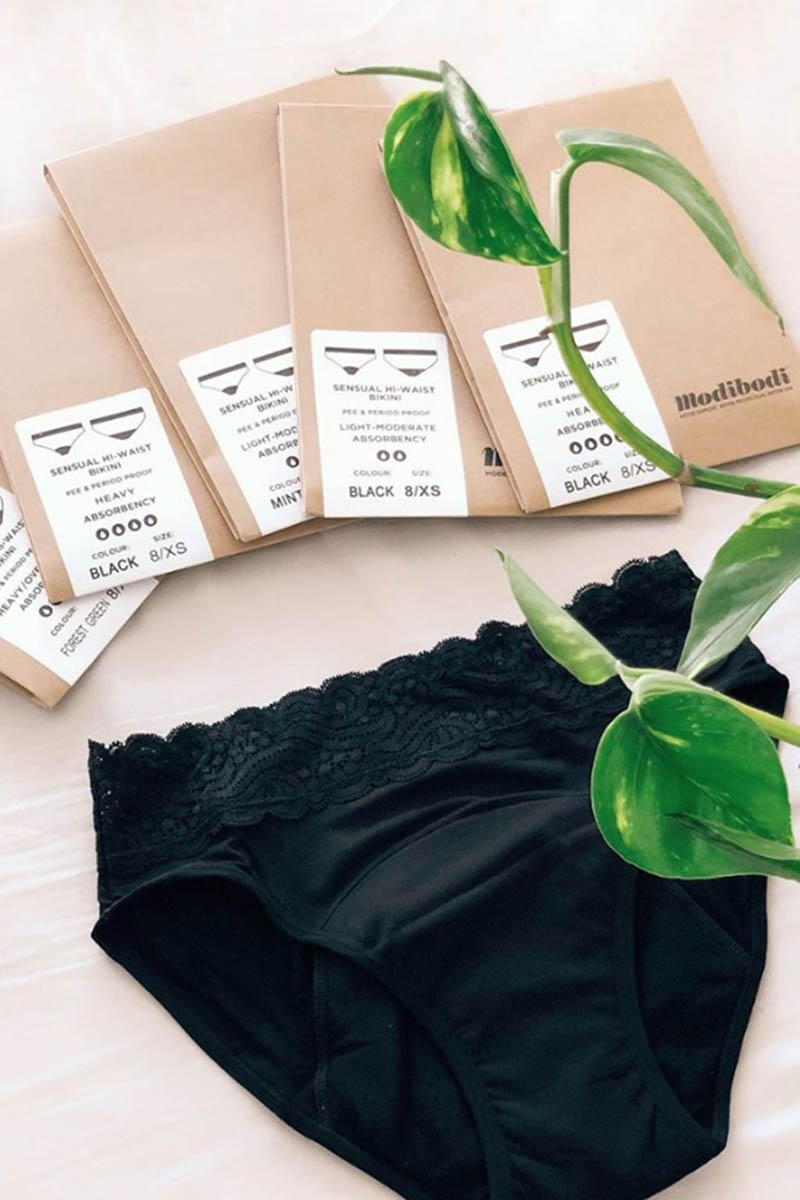 Image: Muma Has Got This.

Chong has struck on a lucrative solution to a costly problem, which also takes out the single-use factor from of one of the world’s biggest single-use industries. Part of the sustainability story is that these products are not manufactured from cotton but are a blend of bamboo, wool and microfibre.

Close on her tail are two competitors (though Modibodi will always be the first of its kind) but Chong is not concerned by those at all.

“Our biggest competitors are not similar underwear solutions; it’s single-use feminine hygiene products and the assumption that women have to settle for that,” says Chong from her Balmain office in Sydney. “To switch to a reusable, sustainable, more comfortable solution, we have to change a whole tradition from one generation to the next. It’s teenagers and young women who are adopting the product as our fastest-growing market because they’re willing to reject unsustainable practices and try something new.”

Marketing of the product range has featured real women with realistic bodies, reflective of the Modibodi market, rather than perfect, slim fashion models. Modibodi clearly embraces diversity, with women modelling the product on its website and social media platforms being much curvier than traditional size 8 or 10 models. One has a prosthetic leg, and many have ‘post-baby’ bodies. This strategy has been highly successful for major brands such as Dove and has proved wise for Chong’s innovation on underwear.

“As long as women have access to water to rewash these products, we have girls back in school and homeless women living with some dignity,” – Kristy Chong

In September 2019, Chong took on board private equity investor Quandrant to fund future growth and break into new markets. Chong now reports into a board that includes two members of Quandrant, Non-Executive Director Diana D’Ambra and Chong herself.

“We benefit from the best functions of a board of directors while keeping the company privately owned,” says Chong.

The product range began with underwear and has since expanded to include leakproof activewear and swimwear.

But not all women and girls can afford these clever duds, so Chong has built generosity into the business model by donating an undisclosed number of Modibodi every year to organisations working with homeless women in Australia and in places like Nepal and Uganda, where access to feminine hygiene products is so costly that millions of girls miss a week of school every month.

“I set out to solve a problem with a commercial solution,” says Chong. “But it was also important to me and my team that the solution would also help those in crisis or in need. All women have the same feminine hygiene problems. Some can afford to manage them comfortably and some can’t. As long as women have access to water to rewash these products, we have girls back in school and homeless women living with some dignity. This is a very satisfying aspect of the business.”

The next step for Modibodi is to measure that generosity and its impact in the women and girls that the business supports and how that has fed back into the company’s bottom line.

“I think every business should implement both sustainability and generosity in its strategic plan. It’s the only way forward.”