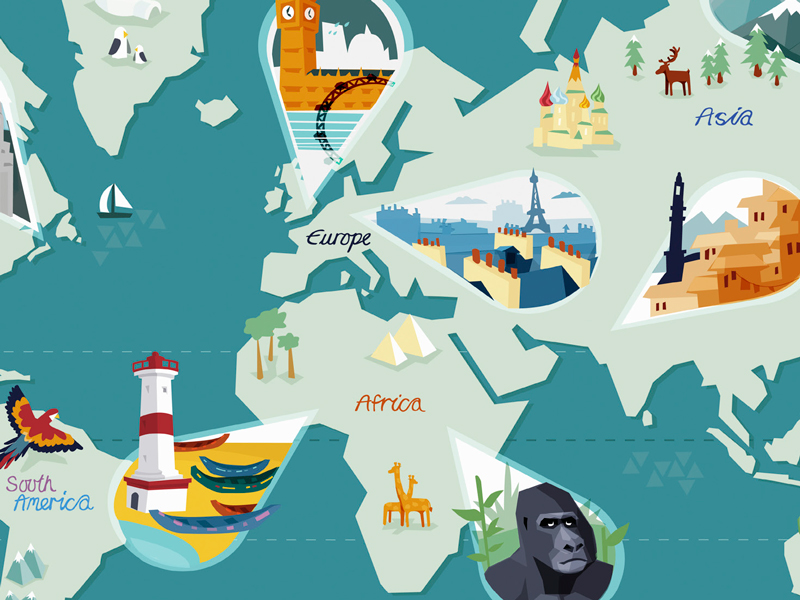 Data publicised by the Australian Bureau of Statistics (ABS) reveals that 7.85 million visitors arrived in Australia during the year ending June 2016. This shows an increase of 10 per cent on the previous year, meaning an additional 715,000 visitors. The month of June alone saw 555,800 international visitors travel to Australia — an increase of 13.7 per cent compared to June last year — and was the sixth consecutive month of double-digit growth.

Tourism Australia Managing Director, John O’Sullivan says, “Australian tourism has continued to grow strongly in the month of June, with ongoing double-digit monthly growth in visitor arrivals taking annual growth to 10 per cent for the first time since we set the Tourism 2020 targets in 2009.”

The countries whose international visitation figures have increased the most significantly over the past year include China (+22%), South Korea (+17%), and Hong Kong (+14%), which validates Australia’s push for increased tourism from the APAC region. “Importantly though, that growth is balanced by the well-performing markets of the United States, Malaysia, and India,” says John, “demonstrating the value of a balanced market portfolio.”

Off the back of such strong gains in international arrivals, Tourism Australia is now forecasting that Australia will exceed its 2020 tourism target for overnight visitor expenditure. Having set the target of attaining $115 billion per year by 2020, Tourism Research Australia’s (TRA) report, ‘Tourism Forecasts 2016’ now predicts total overnight spend will reach $127 billion by 2020. John says, “With international and domestic tourism spending being forecast upwards, the progress we’re making towards the Tourism 2020 targets is clearly accelerating. With visitor numbers and spending at record levels, there’s a lot of optimism around the industry, which seems to be borne out in this latest forecast.”

The strength of Australia’s tourism sector is having a flow-on effect on infrastructure investment projects around the nation, with the tourism investment pipeline escalating to $59.8 billion for the year ending 2015 — up $6.5 billion on the previous year. According to ‘Tourism Investment Monitor 2016’, released by TRA, aviation projects accounted for the majority of the pipeline at $37.6 billion. The arts, recreation, and business services pipeline was valued at $14.6 billion, while accommodation projects were valued at $7.6 billion.

International tourism expenditure contributes NZ$11.8 billion to New Zealand’s economy, making tourism one of the country’s largest export industries. While this represents an increase of 17.1 per cent for the year ended March 2015 when compared to the previous year, Tourism New Zealand is still concentrating on boosting tourism expenditure. Having conducted comprehensive research into the premium sector, Tourism New Zealand has realised that this demographic has the potential to add economic benefit beyond that gained simply through tourism. Thus Tourism New Zealand is focusing on attracting the top 10 per cent of the world’s wealthy, with liquid assets of US$30 million plus. Their key markets are North America — New York City, and Los Angeles; Europe — London, Paris, and Munich; and Asia–Pacific — Sydney, Melbourne, Singapore, and Hong Kong.

A survey of 400 hospitality employees conducted by Impos reveals that sustainable eating and American-style ‘dude food’ are currently in vogue in Australia. While these two trends are seemingly disparate, they are being embraced with similar enthusiasm;
by 31 per cent and 33 per cent of those surveyed respectively. When it comes to alcohol trends, artisanal products including craft beer and cider are predicted to continue to increase in popularity, while locally made alcohol and craft spirits are also anticipated to be in high demand.

Driven by the low Australian dollar and increasing inbound tourism from the Asia–Pacific region, hotel projects are on the rise Australia wide. According to a report issued by CBRE, more than 10,000 hotel rooms are due to open across the major capital cities by January 2019. Key projects currently under development include Lendlease’s Sofitel hotel at Darling Harbour, which is to be operated by Accor; the Ritz Carlton in both Melbourne and Perth, which are being developed by Hong Kong’s Far East Consortium and will be operated by Marriott; and James Packer’s proposed Crown Resorts casino and hotel at Barangaroo.