Carlos Ghosn was under house arrest in Japan after being charged with financial misconduct at Nissan, the company he ran. But he fled to Lebanon, a stowaway on a private jet. John Arlidge meets him in Beirut exclusively for The CEO Magazine. 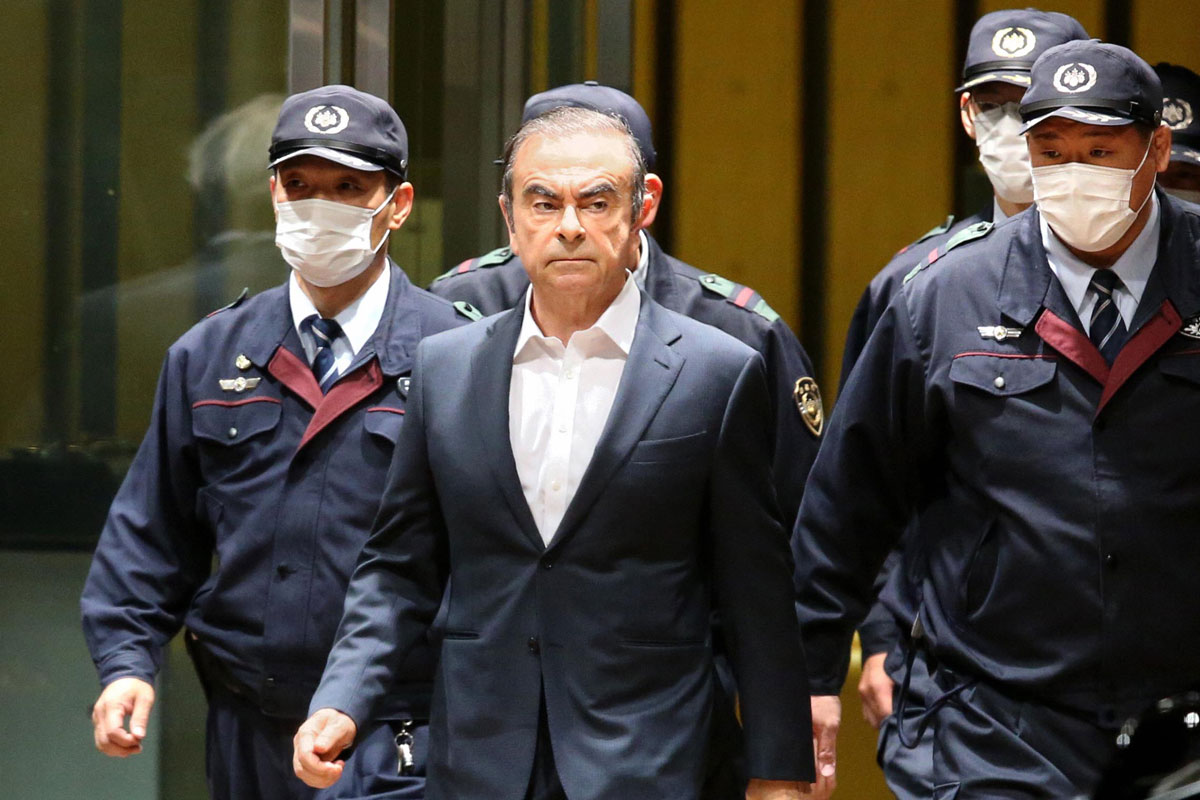 Carlos Ghosn is – was – the CEO’s CEO. The Brazilian-born, Lebanese-raised, French-educated over-achiever was the first man to run two global car companies at once: Renault in France and Japan’s Nissan. Over the course of a decade, starting in the early 2000s, he rescued Nissan from near bankruptcy by cutting costs and transforming its culture.

By 2017–18 he had put the Renault Nissan alliance on a par with Toyota, Volkswagen and Ford in terms of the number of cars sold each year. He was so successful that in opinion polls, many Japanese said they wished he ran Japan and he featured in a popular Manga comic strip.

Then it all went wrong. Very wrong.

“I’m fighting for my reputation, my legacy, my rights.”

Ghosn was arrested in 2018 and charged with under-reporting tens of millions of dollars in earnings. He denies the charges. He was held in solitary confinement in Tokyo for 130 days and then under house arrest. But in December 2019, he escaped on a private jet to Istanbul and then another to Beirut.

“It was a huge risk and if I’d failed, I would have suffered a never-ending ordeal. Japan’s justice system is dark,” he says. It was both the business story and the crime story of the decade.

Today, Ghosn lives safely in his home in Beirut with his wife Carole by his side. “I can be with my wife, my kids, who I thought I might never see again,” he says with a smile. He leans over and touches Carole’s face as the pair sit down in the Hotel Albergo, just up the street from their home in the upscale Achrafieh district of the city. “You never really appreciate the importance of freedom until you lose it.”

Now the 66-year-old is ready to tell his side of the story. “I’m fighting for my reputation, my legacy, my rights,” he says. He has written a book called The Time for the Truth, in which he accuses Nissan of fabricating the charges against him, aided by Japanese authorities. Each wanted to oust him to prevent him giving Renault greater power in the alliance, possibly even forcing through a merger, which would have been a blow to Japanese corporate and national pride, he claims.

The charges against Ghosn boil down to three allegations. First, prosecutors say, he conspired to under-report US$80 million in earnings to be made after his retirement, mainly in non-compete agreements and advisory fees. Second, he is accused of attempting to transfer on to Nissan’s books personal losses of US$16 million, which he incurred when he breached the terms of a currency hedging deal that was designed to protect his Nissan salary that was paid in yen. Third, prosecutors allege he diverted for personal gain US$5.4 million of US$36 million worth of performance fees paid to a Nissan dealer in Oman. Some of the US$5.4 million was used to buy a luxury yacht via a company owned by Carole, prosecutors say.

Ghosn insists that far from concealing the US$80 million retirement money, Nissan did not commit to pay it, he never received any of it and he never will. “How can I enrich myself if I did not receive the money?” He admits trying to avoid the US$16 million in losses, but says that Nissan agreed to provide the collateral he needed.

Despite this, the arrangement “never happened” because the Japanese regulator nixed it on conflict-of-interest grounds. “The company did not pay anything,” Ghosn claims. As for the US$5.4 million he is said to have diverted, he insists that none was diverted. “Not a single penny. They examined my bank accounts, all the way down to this company, and didn’t find one single transfer to justify their accusations.”

For now, he will try to clear his name via his book, his global team of lawyers and by doing interviews. “I’ve made it from hell to purgatory. Heaven will come when I clear my name. I do not want to let lies triumph.”

Ghosn is the ultimate global citizen. He would regularly flit between Rio de Janeiro, New York, Paris and Tokyo in a working week, sleeping every night on his Gulfstream G650, call tail number NI55AN. So how is he adjusting to his new constrained life? He’s spending as much time as he can with Carole.

“We’re traumatised,” Carole says. Ghosn nods, adding: “I’m really enjoying simple pleasures. Being with Carole and my kids. We enjoy every meal we have together. We enjoyed our coffee this morning, waking up quietly, taking our breakfast together.

Ghosn has launched a new business program at Lebanon’s Holy Spirit University of Kaslik (USEK) to provide training to local businesses to try to drive the economic growth Lebanon so badly needs. “The country essentially has one resource: its population, its education,” he says.

He manages his vineyard, Ixsir, near Batroun in north Lebanon, which makes red, white and rosé that is served at the Albergo Hotel, Ghosn tells me, urging me to try it over dinner. You can’t take the salesman out of a car guy.

Walid Jumblatt, a leading Lebanese politician, has called for him to join the government. Ghosn says he might act as an informal adviser, but has no desire to launch himself into Beirut’s sectarian morass. “After my problems with two companies with government links, I want at least one place in the world where I can live quietly without politics,” he says.

He will feature in a documentary directed by Briton Nick Green. There’s also a drama miniseries in the works. Who will play him? “Maybe Russell Crowe?” Carole suggests. “He was great in The Loudest Voice.”

Ghosn is horrified that he might be portrayed as Roger Ailes, the disgraced former boss of Fox News. “I would prefer Gladiator!”