Unless you’re a founder, you are most likely looking to move into the CEO position after decades of working in a specific business area. But does being an excellent CFO, COO or CMO mean you are ready to lead an entire company? 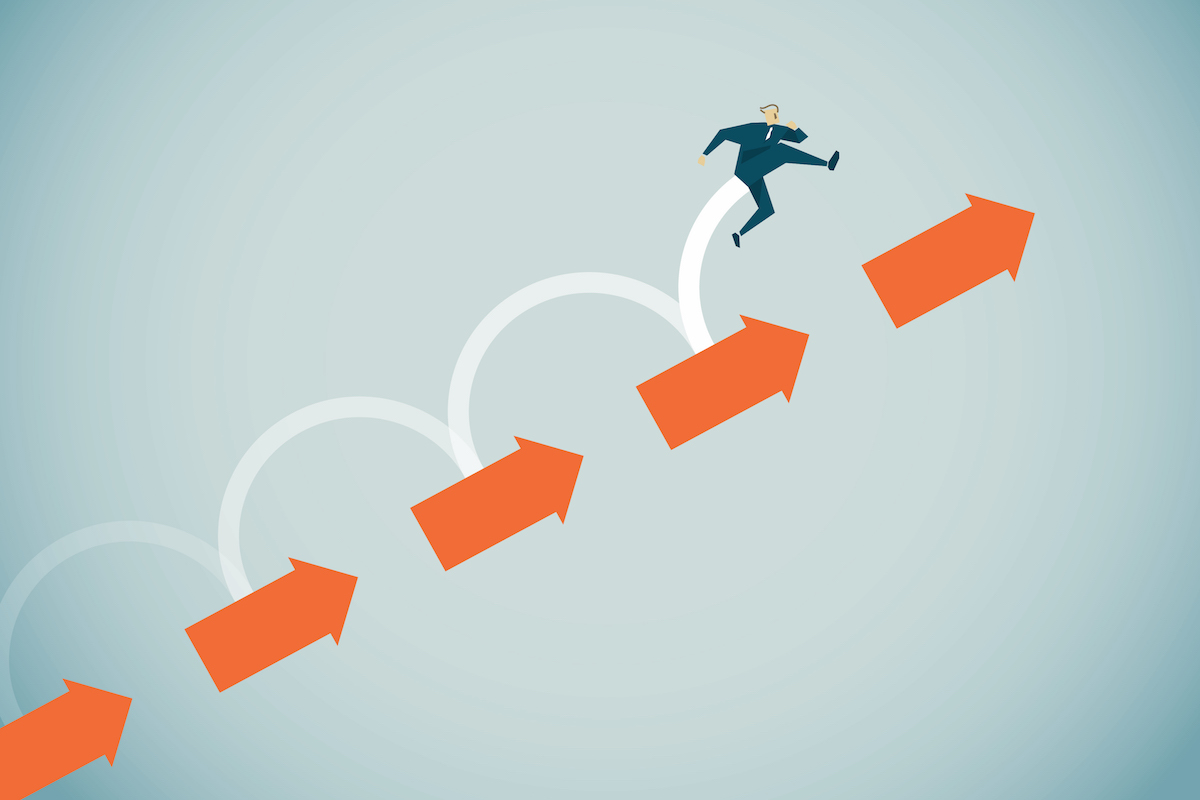 While it’s not clear whether Indra Nooyi’s job as a night receptionist in her dorm at Yale University had any influence on her gaining the top spot at PepsiCo, it’s safe to say her six years as the company’s CFO definitely played a part.

The Walt Disney Company’s longstanding CEO, Bob Iger, began his career as a weatherman on a local TV station but it was his decades of operations experience that made him a natural choice to lead the media conglomerate – he was appointed COO of Disney in 2000, then CEO in 2005.

So does a background in finance or operations make it more likely that you will become a CEO? In our increasingly fast-paced and digital world, doesn’t a CEO with a firm grasp of marketing or technology make more sense?

“It used to be very popular for a CFO to be a natural successor as they have a view across the whole business. But understanding the customer is becoming more of a factor, which raises the value proposition for the CMO role,” explains Martin Moore, Co-Founder of Your CEO Mentor. Before becoming CEO of CS Energy in 2013, Moore held senior executive roles in marketing, finance, strategy and IT.

According to ‘Route to the Top’, a Heidrick & Struggles report from 2017, the most common functional background for Fortune 500 CEOs is finance (%), followed by engineering (18 per cent) and then, tying for third, sales and marketing, and operations (15% each).

“Your technical skill set won’t necessarily deliver you into a CEO role,” says Moore. “You need to think more broadly than your current portfolio and get better at the things you aren’t good at now.”

Understanding other business areas is only one part of making the transition from C-suite to CEO. A 2012 Russell Reynolds Associates study found that out of 60 common attributes used to assess leaders, CEOs differ from other executives in nine of them. Willingness to take risks, bias towards execution and being an efficient reader of people were their key strengths compared with non-CEOs.

“Technical expertise is not necessarily related to strong leadership,” suggests Juliette Alban-Metcalfe, CEO of leadership consulting firm Real World Group. “Soft skills need to complement the expertise you have gained along the way.”

So, if you’ve made your mark in marketing, finance or operations, what do you need to do to take that final leap to CEO?

Talent management, experience in other business areas, and out-of-the-box thinking

CFOs are well known as left-brain thinkers and are considered clinical, analytical and rule-driven with excellent decision-making
skills. But right-brain skills critical to becoming a successful CEO, such as being courageous and optimistic, and thinking outside the box, are often perceived to be lacking in CFOs.

Most of all, the right side of the brain is where we tap into our social skills, which helps with attracting and retaining top talent, and managing people. A 2015 study from KPMG revealed that only 33% of CEOs would give their CFOs a passing grade in talent management.

“Leadership is obviously pretty tough, and most executives are focusing on the tangible things that fill their day. But great CEOs are leaders who unlock the potential in their team and workforce,” says Moore.

According to the same study, the number one perception CFOs must overcome to become CEOs is their lack of non-financial experience. A willingness to learn all aspects of the business to some degree is crucial to breaking out of the finance mould.

Famously, Nooyi made visiting grocery stores a weekly priority when she became CEO, so she could see how PepsiCo products looked on shelves and send critiques to her design and marketing teams. She also read 10 IT textbooks cover to cover when she decided to overhaul the company’s outdated systems.

In the ‘Route to the Top’ report, France was the only country where the leading functional background among CEOs was engineering, not finance.

Vision setting, stepping back from ‘doing’, and communicating externally

COOs are often referred to as the ‘second in command’ in a company or organisation and some have profiles just as high as their CEOs – Facebook’s Sheryl Sandberg is an obvious example.

Research from Ernst & Young reveals that 40% of COOs believe they will be in a CEO or managing director role within the next five years and more than half (53%) of their C-suite colleagues think that their current COO will take the top job in five years.

But COOs are lauded for their tactical expertise – they are ‘doers’ rather than strategists and visionaries – and some have issues with removing themselves from the front lines of a business, as well as taking necessary risks.

“CEOs need to draw from the experienced people around them and let everyone shine. They need to allow other people to lead in their area of expertise and they need to focus more on the big picture,” explains Alban-Metcalfe.

Tim Cook has brought his COO skills to the fore at Apple, looking at all aspects of the company – from supply chain management to marketing and company culture – to make the business run more smoothly.

But under his leadership Apple has mostly upgraded its existing product lines rather than releasing revolutionary new products and the recent company losses are reflective of this lack of courage and vision.

According to a LinkedIn survey, 72% of CEOs held a director-level role or higher before becoming a CEO for the first time.

While it’s no surprise that the consumer sector has the highest number of CEOs who formerly occupied sales and marketing positions, there is a lingering view across sectors that marketers are “Champagne-swilling, double-cheek kissing fluff balls”, according to one observer in Marketing Magazine.

This isn’t helped by the fact that CMOs have one of the shortest tenures in the C-suite – 4.1 years on average, compared with CEOs at eight years and CFOs at 5.1 years. CMOs need to show their financial and business acumen, and their longevity, to dispel enduring myths about their ‘seriousness’.

Marketers looking to move into the CEO position need to go beyond just marketing and communications, and have influence over brand, product development, pricing, ecommerce and customer experience to show they can drive a business forward.

“Customers have access to so much more information now and when you make mistakes as a company it’s everywhere instantaneously. It’s always been important to be close to the customer, but the speed of business is making that more important than ever,” says Moore.

Becoming a CEO isn’t a straightforward path but taking the time and effort to be more than the ‘finance guy’ or the ‘marketing guru’ will go a long way to demonstrating you are the right person for the top job.