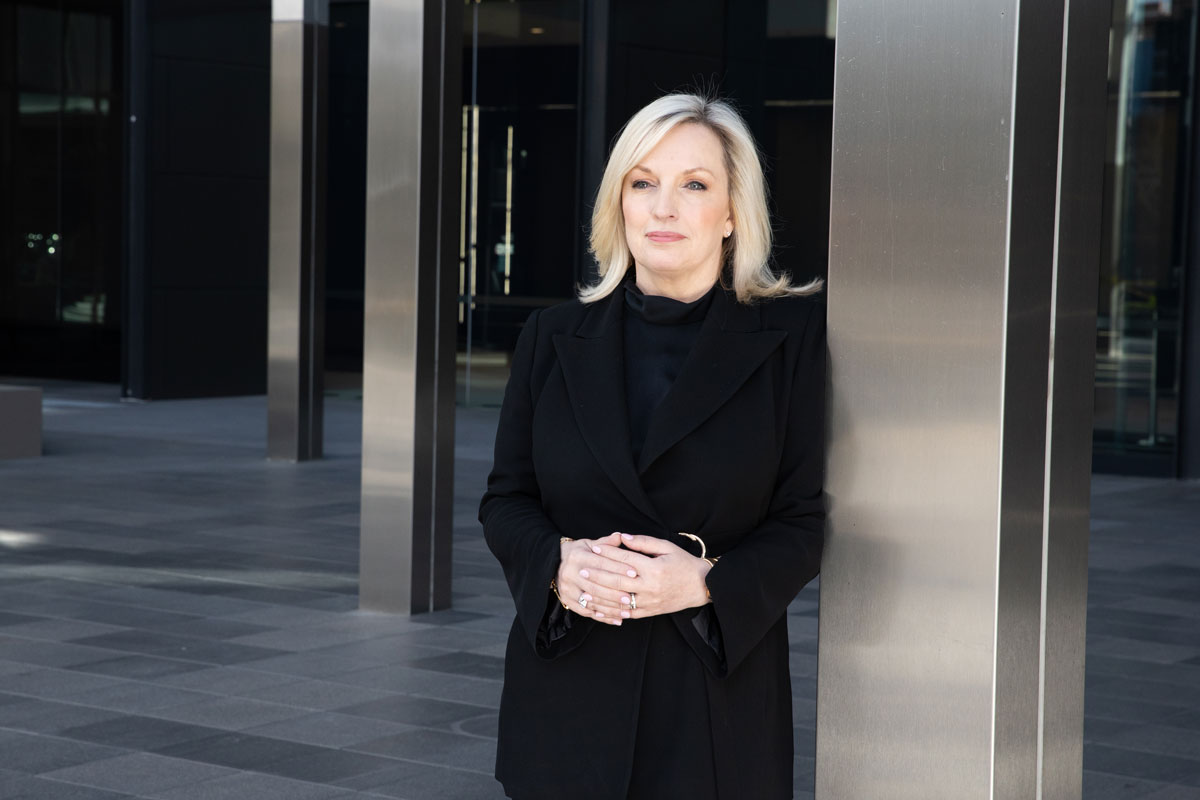 Christine Holgate has been through a traumatic couple of years, but it’s been her tenacious and resilient spirit that has truly shone, putting her among the most formidable leaders in the world.

And it’s not gone without notice. Recognised for her passion for justice and audacious manner in bringing gender inequality issues to the forefront of national conversations, the Toll Global Express CEO has been honoured with the National Award at Australian Awards for Excellence in Women’s Leadership.

“I am truly humbled and proud to receive this award among so many inspiring female leaders,” Holgate said. “The last 12 months have been a very challenging period for many women. Amongst the hardships we witnessed, women came together, stood up and spoke out, exposing the harassment, discrimination and intimidation of women, of all ages, occupations, and beliefs in our country.”

Nominated by members of the public, Holgate is a beacon of hope, proving that determination and authenticity are key assets to leadership.

“I owe this to the many thousands of people who stood behind me when I needed the support, and I owe it to the next generation to ensure that what I experienced doesn’t happen to others.”

The former Australia Post CEO, who was a recent guest speaker at The CEO Magazine’s 10th annual Executive of the Year Awards, made headlines for gifting four Cartier watches to high-performing executives – a decision that led to Australia Prime Minister Scott Morrison calling on her to resign.

Following the deeply upsetting events – something Holgate has described as the lowest point of her life where she contemplated suicide – a Senate committee in May 2021 called on Morrison to apologise for the disrespectful treatment. The Prime Minister has previously refused to apologise to Holgate.

“I became the latest victim of cynical politics, the victim of a complete failure in governance standards, and more than anything, the victim of bullying and humiliation,” Holgate said at the 2021 Executive of the Year Awards.

The Senate inquiry also found the treatment of Holgate was “indicative of a wider pattern of behaviour towards women in workplaces, including parliament”.

“Much more work needs to be done if we are to secure a safe, respectful and equitable society.”

As a way forward, Holgate believes it’s critical that the business community implements all 55 of the recommendations from Kate Jenkins ‘[email protected]’ report to allow women to feel safe when they go to work.

“I am passionate about advocating for more respectful workplaces and I will stand behind the women who are calling out inequality, harassment and bullying when they see it,” she said. “I owe this to the many thousands of people who stood behind me when I needed the support, and I owe it to the next generation to ensure that what I experienced doesn’t happen to others.”

An inspiring figure for female leadership, Holgate will be accepting her award at the Australian Women’s Leadership Symposium in Canberra, Australia, on 13 May 2022.