The Chairman Emeritus and former CEO of the Estée Lauder Companies shares the lessons he learned helping to transform the business his mother founded into the world’s largest global prestige beauty company.

Back in 2018, I had the pleasure of meeting Leonard Lauder at a Lauder family Christmas party at Claridge’s Hotel. He introduced me to his wife, Judy Glickman Lauder, an accomplished photographer, and swiftly informed me about her upcoming exhibition in London. We chatted about art and photography.

He could tell we’d connected and were both at ease, and politely excused himself to chat to the newest arrival, who’d just entered the elegant daytime gathering. After a lifetime of successful service to one of the greatest beauty brands in the world, Lauder still displayed the heart of a true salesman.

Born in 1933, Lauder helped his mother Estée Lauder as she founded her eponymous brand from the family’s kitchen in 1946. After serving in the US Navy, he officially joined the family business in 1958 and focused on building its research and development laboratory, and helping to grow the business. Mr Lauder is Chairman Emeritus and the senior member of The Estée Lauder Companies Inc Board of Directors, and previously served as CEO.

“People don’t work only for money. They work for recognition. Find a way to congratulate someone for a job well done.” – Leonard Lauder

In his over five decades of leadership, he transformed the company from a brand with eight products in one country to a multi-brand, global icon.

“When my father wasn’t happy about something at the company, he would growl, ‘Whose fault is this?’ I’d say, ‘It’s my fault.’ He’d say, ‘I didn’t ask you if you did it.’ I’d reply, ‘Everyone works for me. I’m in command. So I’m responsible for everything. It’s my fault.’ Accountability is something I learned in the Navy. That’s the only way you can run a company – or a team. As an accountable leader, you assume ownership for the performance of everyone reporting to you, even if you don’t know about it.”

Rule #2: Never Make an important decision without a woman at the table

“Growing up with a mother like Estée Lauder, how could I not respect and seek out smart, tough women? Strong women have made some of the best decisions for this company. Our great strength as a company has derived from the beginning, where we had a woman giving women the products and knowledge to make themselves feel beautiful. Today, this is what’s called ‘mirroring the market’.”

Rule #3: Hire people smarter than you

“The world is full of people who are smarter than me and I don’t have to be the smartest person in the room to have worth. You have to hire surrogates – thoughtful, responsible people who enhance your knowledge, extend your reach and pump up your performance. Difference – whether it’s a different background, ethnicity, age or gender – is a source of strength. As a man leading a beauty company that markets primarily to women, I can’t emphasise that strongly enough.”

“I was great friends with Helen Gurley Brown, the legendary editor who turned Cosmopolitan into a wildly successful magazine. Helen told me that when the news broke that she had been offered the job at Cosmo, she got a telephone call from her best friend: ‘Helen! I’m coming to New York to help you put out the magazine.’ Helen’s response: ‘Pussycat, I can’t hire you because I can’t fire you.’ The lesson: don’t hire people that you can’t fire. Friendship is friendship, but business is business.”

“I’m famous for my ‘blue notes’ – handwritten missives on Lauder blue stationery that I use to pose questions, make suggestions and, most often, offer praise and gratitude. People don’t work only for money. They work for recognition. Find a way to congratulate someone for a job well done. Even if your note is just a little one-liner, when you say, ‘Thank you for doing a good job,’ it’s more likely the recipient will go to the ends of the Earth for you.”

“My father had a saying when he had to fire someone: ‘Better a sharp pain in the end than pain without end.’ If you’re having trouble with a person who looks like they will not be able to improve, it’s better to help them leave than to suffer with them. Or if a product you launch isn’t selling, don’t allow it to lose money forever just because it was your idea. There is a point beyond which patience becomes neglect. Fail fast. Cut your losses.”

Rule #7: You are defined by your distribution

“I first heard this elegant phrase from John Demsey, a creative whiz who is the Executive Group President, The Estée Lauder Companies, but my mother instinctively knew that you’re known and judged by the company you keep … If you’re in luxury, stay in the luxury segment. Don’t give up your core identity for the volume that can be gleaned by selling in a distribution channel that does not match the equity of your brand.”

“If you launch at the top of the market, you have two ways to go: up or down. If you launch into the heart of the market, there’s always someone who will sell cheaper than you; you’ll have no way to go but follow them in a race to the bottom. Launch first, launch strong and stay strong.” 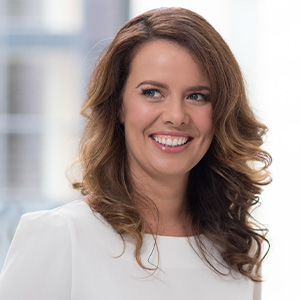 Rosaleen McMeel is a leading journalist and award-winning editor in her native Ireland. With over 20 years’ experience in print, digital and TV, serving an…