CEO reveals secret to selling US$4.5 million worth of products in two months

MCoBeauty and ModelCo Founder and CEO Shelley Sullivan shares how comedian Celeste Barber drove sales to increase by 2,000 per cent.

From shaking up the beauty industry and being likened to Giorgio Armani to working with Karl Lagerfeld, Shelley Sullivan has driven her MCoBeauty and ModelCo brands to the apex of luxe-for-less glamour.

Starting her business ventures more than 20 years ago, the seasoned entrepreneur has continued to grow from strength to strength, despite the ruthlessly competitive multibillion-dollar cosmetic market.

At just 21, Sullivan started her first business – a modelling and talent agency – before noticing the gap in the market for products that “women really wanted in their make-up bags”. It was this seed of an idea that flourished into ModelCo (with the help of a loan from her mum, who still works with her today). Over a decade later, the innovator launched her next big brand – MCoBeauty.

“After running ModelCo for 15 years in the premium beauty space, I realised there was a gap in the market for a masstige, luxe-for-less brand that offered high-end quality beauty products at affordable prices,” Sullivan tells The CEO Magazine. “I wanted everything to look and feel luxurious, but at a price point that was accessible to everyone.”

While Sullivan launched the cruelty-free, vegan-friendly brand in 2016, it sensationally caught the attention of cosmetic aficionados when comedian Celeste Barber partnered with the brand this year.

The incredible influence Barber had in prompting a national beauty surge that saw supermarkets sell out of MCoBeauty products within 24 hours of them being displayed is a phenomenal achievement that surprised even Sullivan.

“We always knew Celeste was special,” she says. “We’ve been blown away by the result.”

Within two months of the down-to-earth comedian sharing a true-to-Celeste-form video review of the products to her eight million loyal social media followers, it generated more than US$4.5 million in sales, a 518 per cent increase in Woolworths sales and a 2,000 per cent increase in MCoBeauty online sales.

“The reason we decided to work with Celeste is because she’s real, she’s funny, and everyday women love her – plus she’s been a fan of MCoBeauty for years,” Sullivan explains. “It’s truly an authentic partnership and I think people can really see that come through.”

Frequently outselling global competitors including L’Oréal, Maybelline and Rimmel, the affordable brand has continued to soar strength to strength, where it is often listed as the top-selling cosmetic brand at Woolworths.

“It’s an amazing achievement and one we’re extremely proud of,” Sullivan shares. “I don’t think there is a hidden secret, honestly.

“If you create a great product at an affordable pricepoint, with marketing that is real and honest, and doesn’t talk down to your customer, then you’ve got a winner.”

Seemingly born to be an entrepreneur, Sullivan never considered working for someone else, rather creating a business to surround herself with fellow thought leaders.

“I knew I always wanted to run my own race and be my own boss,” she says. “I’m naturally a driven, ambitious person, and I could never imagine doing anything else.”

However, as the businesses have grown, the founder has been forced to adapt to become a stronger, more influential leader.

“I’m used to being hands-on and across every single detail but, as the business expanded, it wasn’t possible anymore,” Sullivan says. “I’ve had to learn to delegate and empower my team to run their own race, but I think that has made me a better leader and allowed me to think of the bigger picture while allowing my staff to flourish in their roles.”

Having worked with celebrity ambassadors across both brands including Rosie Huntington-Whiteley, Hailey Bieber and Dannii Minogue, one of the most iconic collaborations was with Chanel’s late creative power.

Lagerfeld and Sullivan worked together in May 2018 to launch the Karl Lagerfeld + ModelCo collection boasting a unique range of cosmetics. This went on to become one of Lagerfeld’s final partnerships, as he passed away just nine months later.

One of the main pearls of wisdom the 85-year-old shared with the businesswoman was simply to embrace individualism.

“He chose to work with ModelCo because we create innovative beauty products.”

From its Turbo Lashwand Heated Eyelash Curler and its Lip Lights Gloss complete with a built-in LED light and mirror for flawless application to the XtendLash Mascara, cutting-edge creations have become synonymous with both ModelCo and MCoBeauty. In fact, some of Sullivan’s products are world firsts including the iconic Tan Airbrush In A Can.

“I always surround myself with people who know more than me.” – Shelley Sullivan

But in such a competitive industry, how does the business founder ensure her brands stay ahead of the game?

“A lot of our ideas come from our customers,” Sullivan says. “We are famous for duping luxury products, and our customers often ask if we can create budget-friendly products, so we’re always guided by them.”

After gathering data and customer research, Sullivan bottled her knowledge into a secret weapon – the newly launched ModelCo Face Glow Skin Perfecting Beauty Balm. It’s a serum, moisturiser and primer all in one – a response to 20 years of customer requests. 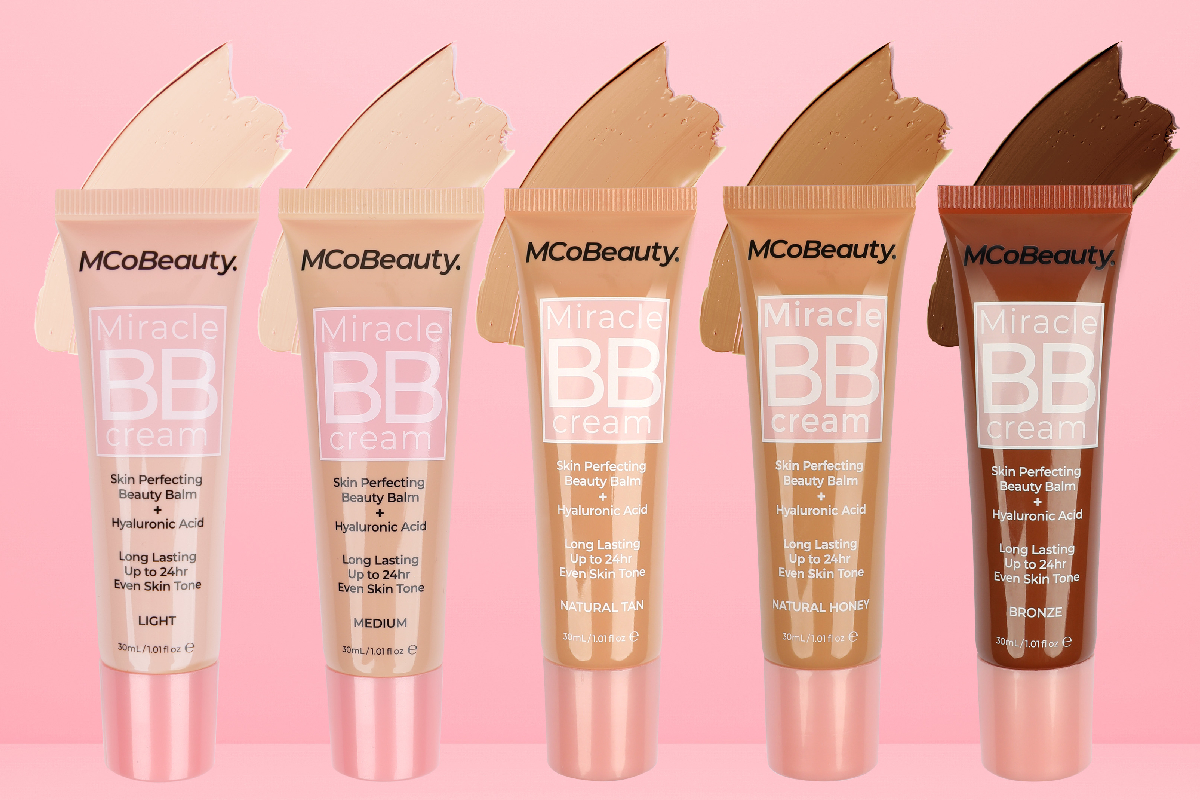 And a steely attention to quality helps propel the brands to compete with designer offerings.

“Our formulas are literally just as good, if not better [than designer brands],” she explains. “I’ve spent the past 20 years formulating cosmetic products, so I have great relationships with our suppliers and manufacturers.

“The results speak for themselves. Why would you spend A$100 [US$76] on a designer foundation when you can get a great foundation from the supermarket for less than A$30 [US$23] that looks, feels and performs exactly the same? It’s a no brainer.

“Being luxe-for-less is the core of MCoBeauty, so we will never create a product that is above A$30 [US$23].”

The secret formulation appears to be working as MCoBeauty and ModelCo teams are rapidly outgrowing the Sydney, Australia, headquarters.

“We’ve had such an overwhelming response from our customers lately that we are working overtime to ensure we have enough stock to keep up with the demand,” Sullivan says. “You just have to put your head down, put in the hours and get it done.”

The rapid growth and fast-paced environment have been one of the entrepreneur’s greatest business challenges.

Learning to follow her gut instinct ensures she follows the signature ModelCo pink-hued path to success.

“I’ve learned to trust my intuition,” Sullivan shares. “The few times I’ve made decisions going against my intuition, it’s ended up being the wrong call.

“I always surround myself with people who know more than me.”