The kids are alright: the future of millennials in the ever-changing Asia–Pacific

The APAC region is a testing ground for corporate innovation, thanks to a broader willingness to adapt to disruption. How do millennials – the next generation to take centrestage – factor into this? Despite the oft-unflattering media representation, millennials form an increasingly sizeable portion of the global workforce. By 2020, half of the US workforce will be millennials, hitting 75% in 2030. Globally, we’re expected to reach that milestone five years earlier. Leadership Disrupted, by Mark Braithwaite, looks at how 70 APAC companies are dealing with disruption.

Titled Leadership Disrupted, it draws inspiration from Pulitzer Prize winner Thomas Friedman’s Thank You for Being Late, which argues that humanity’s rate of technological evolution has surpassed our ability to adapt.

Braithwaite builds on this premise by asking 70 APAC-based executives in big multinationals how they deal with disruption. The APAC region today sees substantial innovation and disruption, says Braithwaite, making it ideal for analysing adaptive leadership.

One theme that Braithwaite touches on often is the growing influence of millennials in many organisations. Speaking with The CEO Magazine, he says more influence than ever rests with the modern employee, meaning that organisations must adapt to this generation.

As consumers, employees and – in time – executives, millennials will define the evolution of society, as all prior generations have done before them.

So, within the APAC region, how can an increasingly millennial-populated workforce contribute to leadership’s capacity for adaptation? For one, it requires careful consideration of millennials’ flexible attitudes and expectations around the workplace.

But for companies that have leveraged the skills of younger generations, the reward is greater agility and adaptability.

But first, what are the factors that are causing industry and organisational disruption? Technological innovation is a major factor; after all, it’s the central premise of Friedman’s argument. But it’s not the only one.

For the big multinationals, Braithwaite suggests, a history of success is hard to escape. Overconfidence leads them to rest on their laurels. Leadership Disrupted references neuroscientist Beau Lotto, who explains that humans construct systems for survival, and settle into them until threatened by major change.

Meanwhile, customer attitudes are more capricious than ever. As one of Leadership Disrupted’s subjects says, “The true disruptor is consumer expectations.” Braithwaite cites another interviewee, a toy manufacturer with a history of accurately predicting industry movements. Though the company expected a revenue rise in South Korea, a sudden explosion of mass-produced, generic fidget spinners caused the reverse.

“He said the scary part was they only found out about this when it was banned in schools, and even then, he only found out from his kids,” Braithwaite recounts.

“He said, ‘My kids are now better analysts than the analysts.’ It was just an overnight switch, where suddenly their business environment had changed. The consumer was behaving differently.”

The volatility of customers, competitors and technology demand fluid strategies. A five-year plan is no longer feasible; the challenge now is “to stay aligned with a moving target”. Mistakes are to be expected; data will be missed.

But Asia–Pacific shows huge promise when it comes to innovation. Among the multinationals Braithwaite spoke to, he found most simply reacted to disruption, rather than initiating or hesitating.

Nevertheless, a study by the International Data Corporation found that APAC businesses considered themselves to be disruptors at a higher rate than businesses globally – 29% versus 19.

On an individual level, Braithwaite believes that the abilities of APAC leaders have vastly improved in the past 15 years. “These people were surprisingly engaged and thinking about these issues at a global level. Quite a few of them, frankly, I thought would be ultimately CEOs of their global companies.” 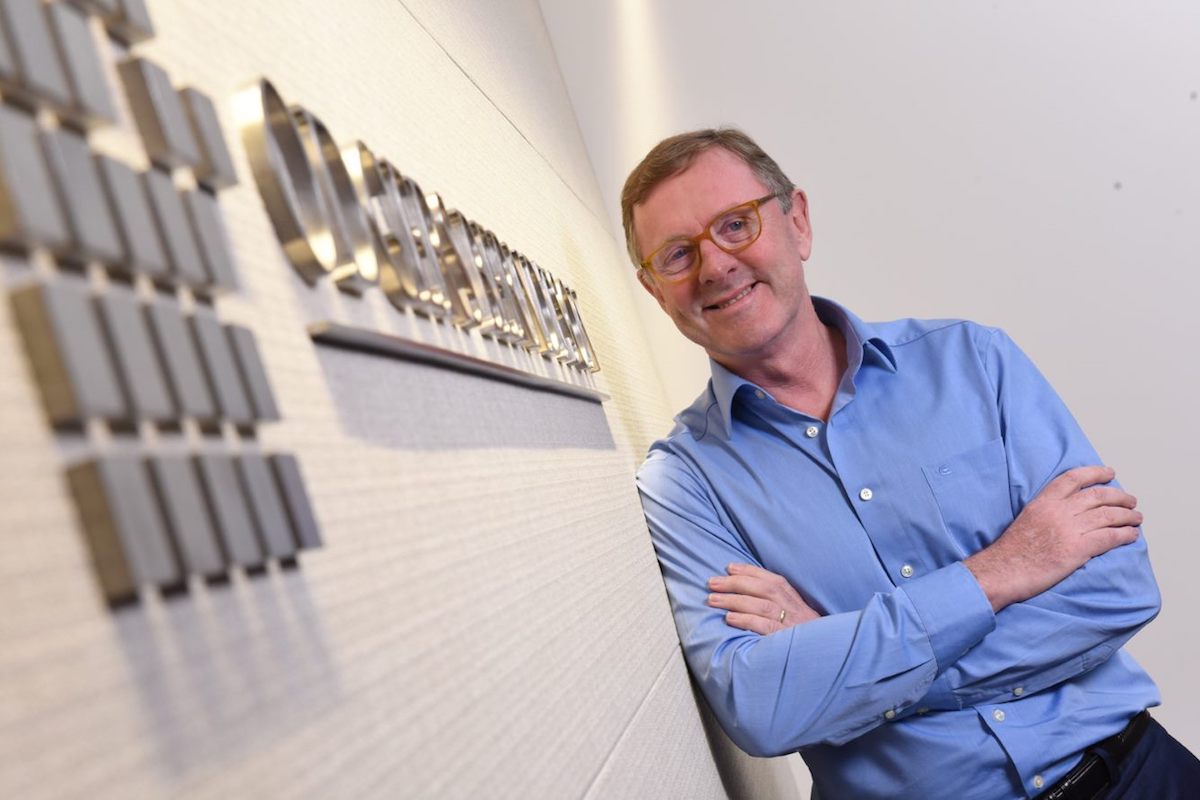 Braithwaite believes APAC is a hotbed of innovation, able to easily adapt to disruption.

So, if effective solutions to industry disruption are being produced anywhere, it’s likely in APAC. Making use of the idiosyncrasies of millennials may give the region a further boost.

What millennials can do for you…

In fact, a higher proportion of working millennials in Asia–Pacific may already be having an effect; one multinational had a global workforce of 30% millennials, which soared to 70% in APAC. There’s regional evidence of a greater willingness to accept change, thanks to the younger workforce and two decades of enormous market evolution.

“In general, there’s a hunger with young people in Asia that is that beyond what I see in the West,” says Braithwaite. “I’m generalising here, but young Asian people are ambitious. They all want to be Jack Ma.

“So, for a company to attract and keep these people they have to engage with them properly and listen to them. They’re driving innovation within the region. They’re not coming in and watching the clock; they’re full of ideas, ready to try new things.”

That said, Braithwaite notes that of the 70 executives he spoke with, not one was a millennial. “There are millennials at the end of that generation who are heading companies,” he says, “but they’re not these kinds of companies. They’re not the Roches, the Siemens’s and so on.”

While millennials have not yet reached senior executives positions in big multinationals, there’s still a demonstrable drive towards entrepreneurship among many of them, particularly in Asia.

Even among global giants, millennial talent can be a crucial advantage. Braithwaite recounts a story from Sinar Mas Group, one of Indonesia’s largest conglomerates. Given a dearth of new ideas, the chairman sought out five young people from outside the industry, who’d had exceptional experiences such as teaching underprivileged children in Africa.

These individuals were given a few months in various business units, and asked what they’d do differently. The intent was to introduce fresh thinking, and the success of the initiative has seen the chairman expand this to include 20 young innovators.

Globally, two-thirds of investors surveyed by the Korn Ferry Institute believe current leadership will be inadequate for dealing with growing disruption, but a similar proportion believe the next generation of successful leaders will be drawn from millennials, skipping Generation X altogether.

“The cards are with the employee now, rather than the employer,” says Braithwaite. “The millennial workforce is now much more in touch with what’s important, and the meaning the company has within society.

“They’re doing their homework and making appropriate decisions more than they used to. That in itself is going to change the way multinational companies operate.”

…And what you can do for them

While caution should be taken when describing such a wide age range, millennials have their own distinct expectations of leadership.

“Employees today, particularly the millennial generation, are looking at their company’s place and meaning in society,” Braithwaite says. “What do they do? What’s the CSR policy? What’s the environmental sustainability policy?

“And that, to them, is part of the culture that they want to be involved in. People are much more concerned about this than they used to be.”

Other business leaders in Asia–Pacific have expressed a similar sentiment. Harvey Ong, COO of supermarket chain Alfamart Philippines, believes millennials “want recognition, a sense of contributing to a greater purpose. It’s not just about monetary rewards.”

As both customers and employees, millennials expect social responsibility and a sense of purpose. In fact, 86% of millennials believe the success of a company should be measured by more than just financial gain.

But it seems the corporate world has yet to adjust to these shifting expectations; a 2018 study found that only 56% of full-time millennial employees in Singapore are engaged with their work. A sense of meaning is particularly important to female millennials, so it may be critical to workplace diversity. One of Leadership Disrupted’s interviewees was in an oil company, a difficult industry in which to communicate a meaningful purpose. This individual convinced the board to make a significant investment to achieve sustainability and, while they were hesitant, the move resulted in a bigger market share. The internet means an organisation’s ethics are more visible than ever, so accountability and transparency are key.

There are a few concepts drawn from Braithwaite’s interviews that, viewed together, hint at the kind of leader required in future. The first is a warning against the outmoded model of the “command-and-control executive”. Another is the trend that employees are engaged when “they have a voice”.

Finally, one APAC executive suggested that “the intuitive leader will be in great demand”. When engaging the millennial workforce, the approach will clearly be collaboration, and the softening of hierarchical barriers.