The Australian business is making waves in the US with its new app, designed to improve women’s negotiating skills, boost their confidence, and help them achieve fair and equal pay. 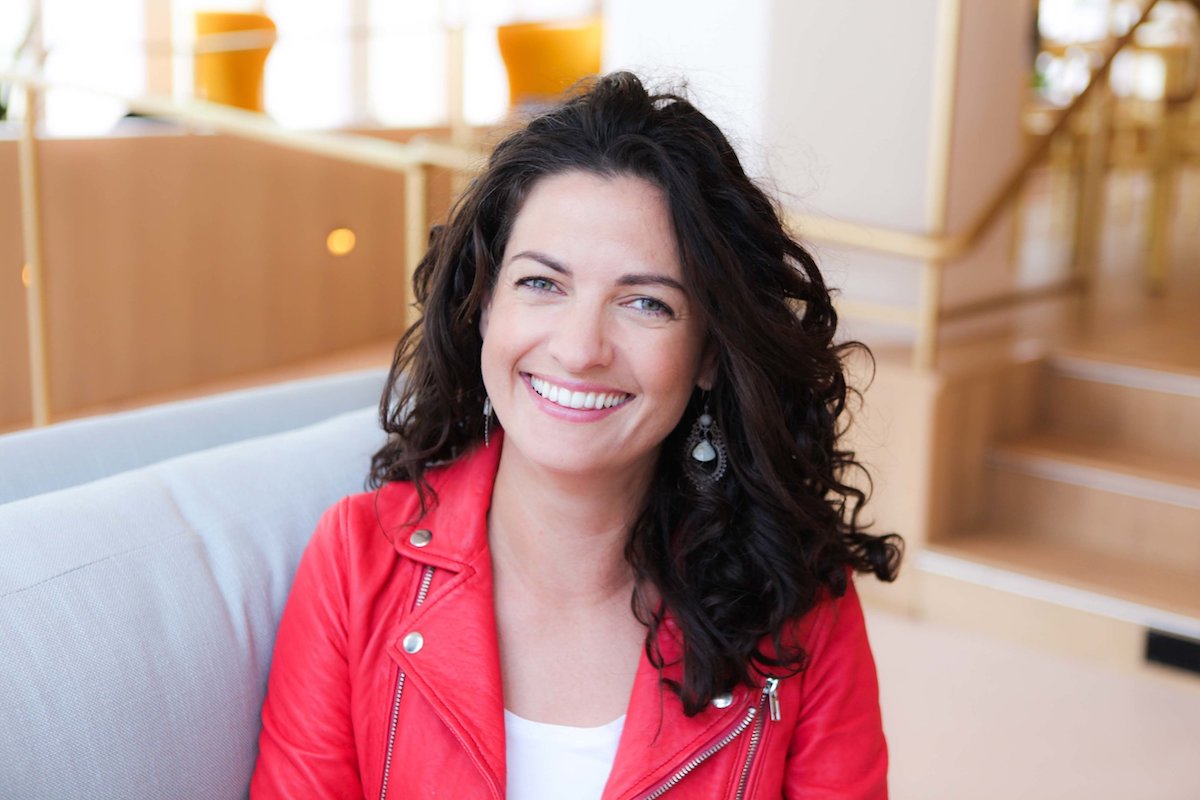 When asked how her business came to be, Meggie Palmer admits it was born out of frustration.

“I was frustrated that A, the gender gap still existed in 2019 and, B, I was seeing so many friends, colleagues and businesswomen running million-dollar businesses and getting promoted – and not asking for a raise,” she explains.

“So, I decided to do something to help them help change their perception of themselves so they felt like they could advocate for themselves at work.

“I’ve never been someone to sit on the sidelines and complain unless I’m willing to take action and do something about it myself.”

And so, PepTalkHer was born – backed by a mission to close the gender pay gap.

The app is designed as an online brag book that helps women keep track of their wins at work, giving them confidence and hard data to back up their pay raise and promotion conversations and ask for what they deserve.

Alongside the app, Meggie and her team also work with Fortune 500 companies and fund start-ups to help them retain diverse leadership talent, empower female leaders and engage millennials.

“We’re proud to be an Australian business operating in the US and we love working with CEOs and brands that align with our values and our mission to empower women in the workplace,” Meggie explains.

“One of the biggest societal issues preventing pay equality is unconscious bias. Employers don’t set out with the intention of paying women less than men, but when it comes down to it, men are still more likely to get a raise when they ask for it than women are.

“Corporates have a huge role to play in changing this, because they are able to mandate pay reviews – as Salesforce have done. There’s also a number of US media companies that have begun re-evaluating salaries to bring everyone in line at a more fair and equitable level, which is a fantastic start.”

A former journalist and finance expert, Meggie says there’s one thing that continues to surface in her conversations with career women: impostor syndrome.

“About seven years ago, one of my male mentors sat me down for a chat because he recognised that I was suffering from imposter syndrome. He said he felt the same. He feared that any day now, the work police would barge through the door and take him away because they realised that he had no idea what he was doing,” she laughs.

“I can’t tell you how relieved I was to discover I wasn’t the only one feeling this way. Chances are, everyone has felt like an imposter at some point in their career – and that’s ok.”

Ultimately, Meggie hopes to do herself out of a job.

“There are already a lot of women out there that are amazing negotiators and have no need for PepTalkHer and that’s awesome. But right now, we have a global community of 15,000 women who’ve told us that the thought of going into work and having a conversation about pay is something that keeps them up at night,” she explains.

“It’s reached the point where they would prefer to be underpaid than have a hard conversation. Those are the women we’re focused on helping.”

When it comes to the controversial issue of gender quotas, Meggie believes that until businesses achieve at least 40% female representation, quotas should be enforced.

“In an ideal world, we wouldn’t need them. But the sad reality is that there’s more ‘Andrews’ than female CEOs leading Australia’s top companies. I’m a strong believer in the idea that you can be what you can see,” she notes.

“It’s also important for men to be included in these conversations around quotas. Most of the secure, professional, talented men I know have no issue with quotas. They’re confident enough in their own ability to know that these quotas pose no threat to their jobs.

“We know that companies with that diversity of thought demonstrate stronger financial performance and make more informed decisions. I’m in favour of quotas, but I’m so excited for the day we don’t need them. According to the current data, that day is still decades away.”

PepTalkHer is free to download via the App Store and Google Play.