The pilot who successfully landed a plane despite a severe engine explosion is releasing a book on crisis management and resilience. 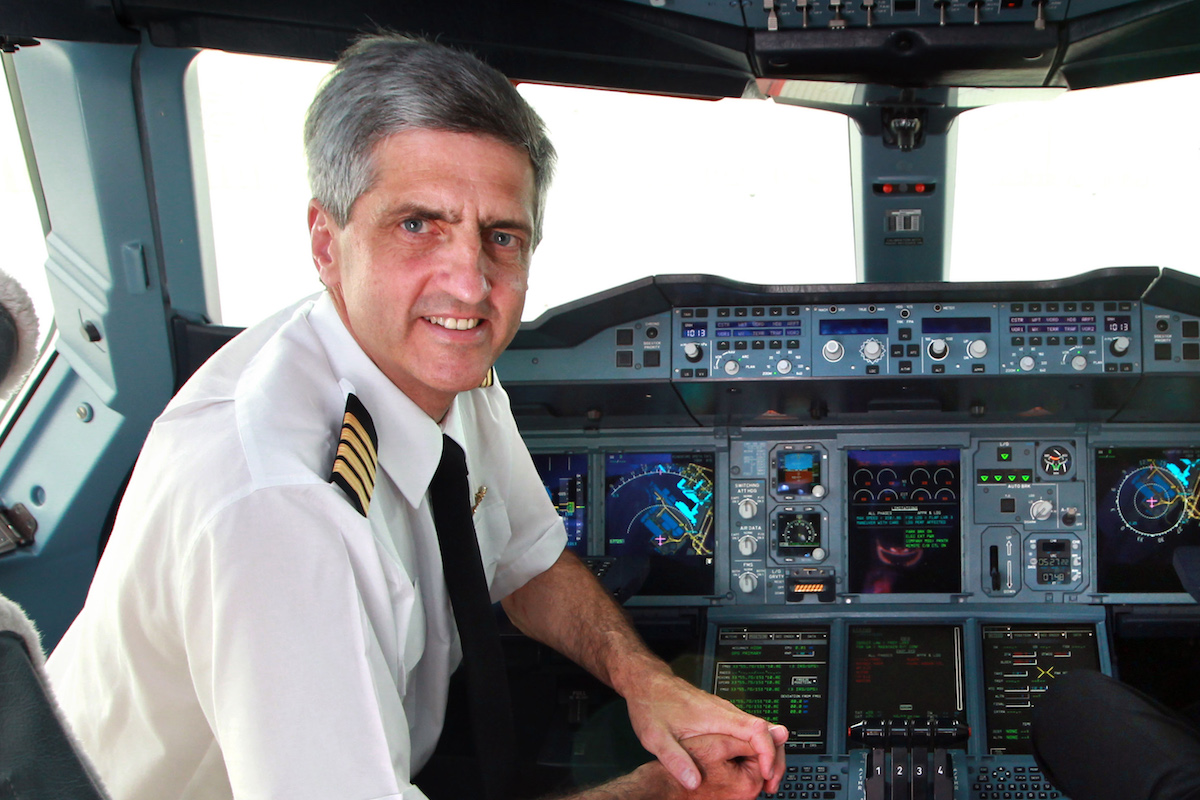 Richard de Crespigny made headlines in November 2010 for making an emergency landing with an Airbus A380, after an engine exploded and caused considerable damage to the rest of the plane.
What made the story one of courage and success, rather than one of tragedy, was the fact that the plane was landed without a scratch on any passenger.

Richard went on to write a book, QF32, about the experience, and he has now followed that up with a second title called Fly! Life Lessons from the Cockpit of QF32 , set to be released on 3 September 2018 through Penguin.

Where QF32 was a blow-by-blow account of the incident and an insight into the mind of a pilot, Fly! examines the strategies and techniques behind crisis management.

It also touches on ideas from individuals like Sully Sullenberger, Neil Armstrong and former NASA Flight Director Gene Kranz, each of whom are no strangers to high tension situations themselves.

The inspiration behind Fly! is to teach others how to attain resilience. For business leaders, getting through a disaster is an invaluable skill.

“By exposing ourselves to difficult situations and undergoing difficult training, we can protect ourselves from being startled when others around us are,” Richard tells The CEO Magazine.

“There are eight elements of resilience that people can learn: knowledge, training, experience, teamwork, leadership, crisis management, decision-making and risk.”

Teamwork in particular is something that Richard credits for the success of QF32’s landing.

He stresses the importance of alignment between a team and its leader. The leader must be able to clearly express values and look after the team. But at the same time, he or she must delegate and trust their team to act independently to complete their tasks.

During the crisis aboard QF32, the crew, with Richard at the helm, all took to their assigned roles, becoming a well-oiled machine.

“Leaders who can’t create teams will not survive,” he says. “Teamwork is an essential part of resilience.”

”Leaders who can’t create teams will not survive.”

However, one of the most important ideas offered by Fly! is that crisis management doesn’t end once the plane (metaphorical or otherwise) has touched down.

“If there are people injured, the CEO needs to show that they’re taking responsibility, they’re being caring, and they’re at the front,” Richard says.

“They can provide full disclosure and a single point of contact, so that if anyone has problems or questions they can call a number.”

Richard considers Sir Richard Branson an exemplar of this strategy. The famed entrepreneur has on several occasions acted as the face of his company, being honest and communicative in the wake of crises.

In 2016, for example, a Chinese woman said she’d been racially harassed by a passenger on a Virgin flight, and that staff had refused to help. In response, Branson tweeted an apology for the incident, ensuring that Virgin was being noticeably proactive.

“The company must get out in front of the public, and take responsibility for both what’s happened and what it’ll do to help people recover. That’s how you protect your brand.”

Social media has caused the disappearance of the golden hour ¬– the brief window of opportunity in which companies have the chance to influence the public narrative. Companies therefore must act faster than ever to respond publicly.

“You must be out there as soon as you can to answer the public’s questions. If you don’t, your brand will suffer.”

Richard’s own crisis similarly showcased this strategy. Just after landing, he addressed all the passengers, giving a full briefing on what had happened and offering to answer any questions.

“I gave full and open disclosure and a personal guarantee, so passengers had all the reasons for what I did,” Richard recalls. “This approach is not written into any of the manuals in aviation.”

Richard believes there’s something for everyone in Fly!, but the biggest lesson for business leaders in there is the necessity of being “bulletproof, not gun-shy”.

“‘Bulletproof’ means that no matter what gets thrown at you, you know that you have confidence, and you will survive,” he explains.

“‘Not gun-shy’ means we have to continually adapt and evolve. If we don’t evolve we will perish. Adaption and evolution means risk, so we have to be happy taking risks. They should be intelligent, streetwise risks, but we must take risks.

“‘Bulletproof, not gun-shy’ are the two ultimate elements of resilience.”

What can C-suite executives learn from a Navy SEAL? We speak to Jocko Willink to find out.