"Anybody can rebuild themselves just starting over, taking that first step, making the first move. And they can reinvent themselves when they go through hardship." 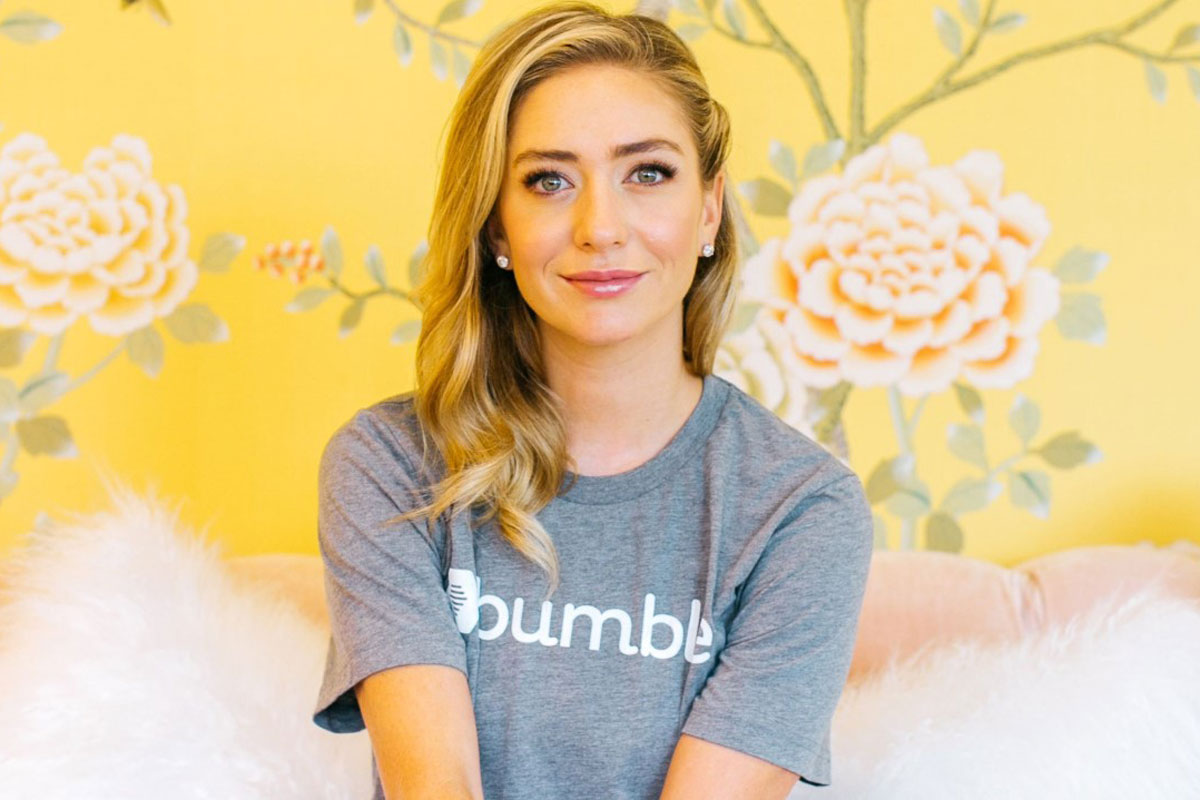 Whitney Wolfe Herd is now the world’s youngest self-made female billionaire and the youngest woman in the US to take a company public, after her dating app, Bumble, made its Wall Street debut.

“Today is a remarkable day for me in the sense that you know there was a time that I thought my career was over in 2014. And if I can sit in this seat today, it just goes to show that anything is possible. And anybody can rebuild themselves just starting over, taking that first step, making the first move. And they can reinvent themselves when they go through hardship,” the 31-year-old told CBS News.

She launched Bumble in Texas in 2014, with backing from Russian billionaire Andrey Andreev, the Founder of European online dating site Badoo, with the idea to create a platform where women “make the first move” as she was frustrated with archaic gender norms controlling dating.

Today, @Bumble becomes a public company. This is only possible thanks to the more than 1.7 billion first moves made by brave women on our app — and the pioneering women who paved the way for us in the business world. To everyone who made today possible: Thank you. #BumbleIPO 💛🐝 pic.twitter.com/OMLNGNvECB

Unlike most dating apps, only female users can make the first contact with matched male users on Bumble, while in same-sex matches, either person can send a message first.

“I have experienced firsthand how unequal relationships negatively impact all areas of life,” she wrote in a letter to investors ahead of the share listing. “I wanted to change this.”

Wolfe Herd has led Bumble and Badoo since 2019 when Andreev sold his stakes in both businesses to investment giant Blackstone. The two apps combined have 40 million active users, including more than 2.4 million paying customers.

Bumble’s board is 73 per cent women, and women represent more than 50 per cent of its leadership. Wolfe Herd said the company has achieved these numbers by empowering its female staff the same way they empower female users.

“There are incredible women out there, and we have really, really tried to empower women not only from our product standpoint but internally as well. And it is really important to walk the walk. So we’ve really prioritised gender diversity in our business,” she said.

Shares in Bumble debuted at US$43 apiece, valuing it at over US$8 billion. In opening trade on Thursday, they shot up to more than US$76 each, making the firm worth more than US$13 billion. Wolfe Herd owns 11.6 per cent of Bumble. The initial public offering has raised US$2.2 billion.

In a video posted by Bumble on Instagram, the CEO can be seen pushing a button to officially take her company public.

Wolfe Herd’s team applauded, cheered and rang bells while yellow streamers and balloons fell from the ceiling. With a huge smile on her face, the CEO soaked up the excitement as she her 14-month-old son Bo on her hip.

Bumble, which is available to download in more than 150 countries, has been hurt by the coronavirus pandemic. In 2019, revenue jumped more than 35 per cent and it turned a profit of US$68.6 million. However, in the first nine months of 2020, its growth rate sank around 15 per cent year on year, and it posted a loss of US$116 million.

Recent IPOs have proved popular with investors. Airbnb and Doordash listings made their owners multi-billionaires.