The Swiss fashion empire conquered the iconic Himalayan mountain for a very worthy cause. 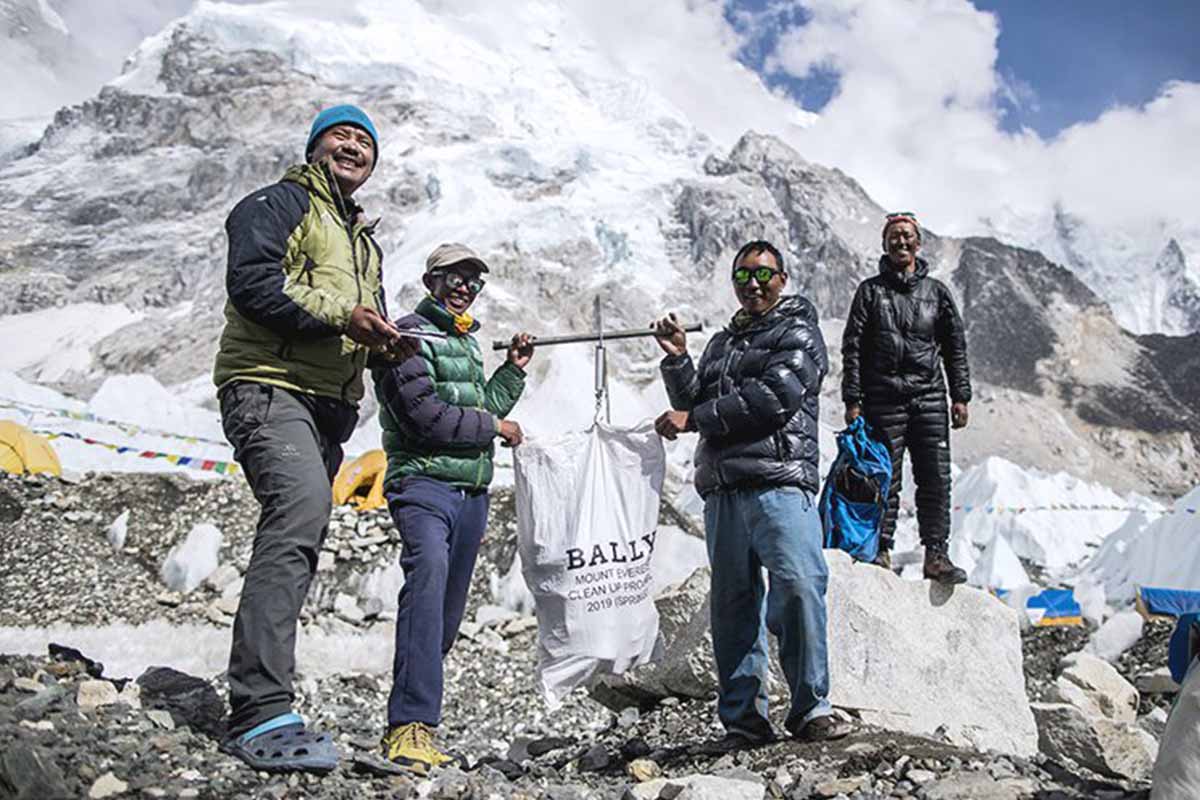 Bally has pioneered the way to a cleaner environment with the first organised clean-up of litter-ridden Mount Everest.

While clean-ups have been done in the past, the Bally-sponsored venture reached the summit in a history first – proving no mountain is too high.

The trip to the iconic Himalayan mountain saw the removal of more than one tonne of debris from the death zone (above 8,000 metres) where oxygen is a quarter of what humans require. A further tonne of waste was removed in a second clean-up by additional crew, who returned to Base Camp at the end of the season.

“I was delighted when Bally came to our cause, aiding and supporting the first organised clean-up of Everest’s summit,” Dawa Steven Sherpa says. “I don’t think the world will change by a few people doing big things; I think that the world is going to change by normal people doing small things.”

Sleeping mats, winter apparel, climbing equipment, tents, empty petrol canisters, old ropes and ladders were some of the items collected during the two cleans (which ran from April to May followed by another in June). Debris was sorted at Base Camp and exported to either Namche or Kathmandu.

And it was no small feat. The expedition took place during one of the most challenging seasons in history on the world’s tallest mountain. Cyclone Fani, hours-long queues of climbers, temperamental weather and shifting surfaces caused by a melting Khumbu Glacier were just some of the obstacles the climbing cleaners endured.

Mount Everest, which is about 60 million years old, has become a hugely popular attraction in recent times with more than 800 mountaineers passing through each year. Since it boomed in popularity in the 1990s, more than 300 people have died during the climb. 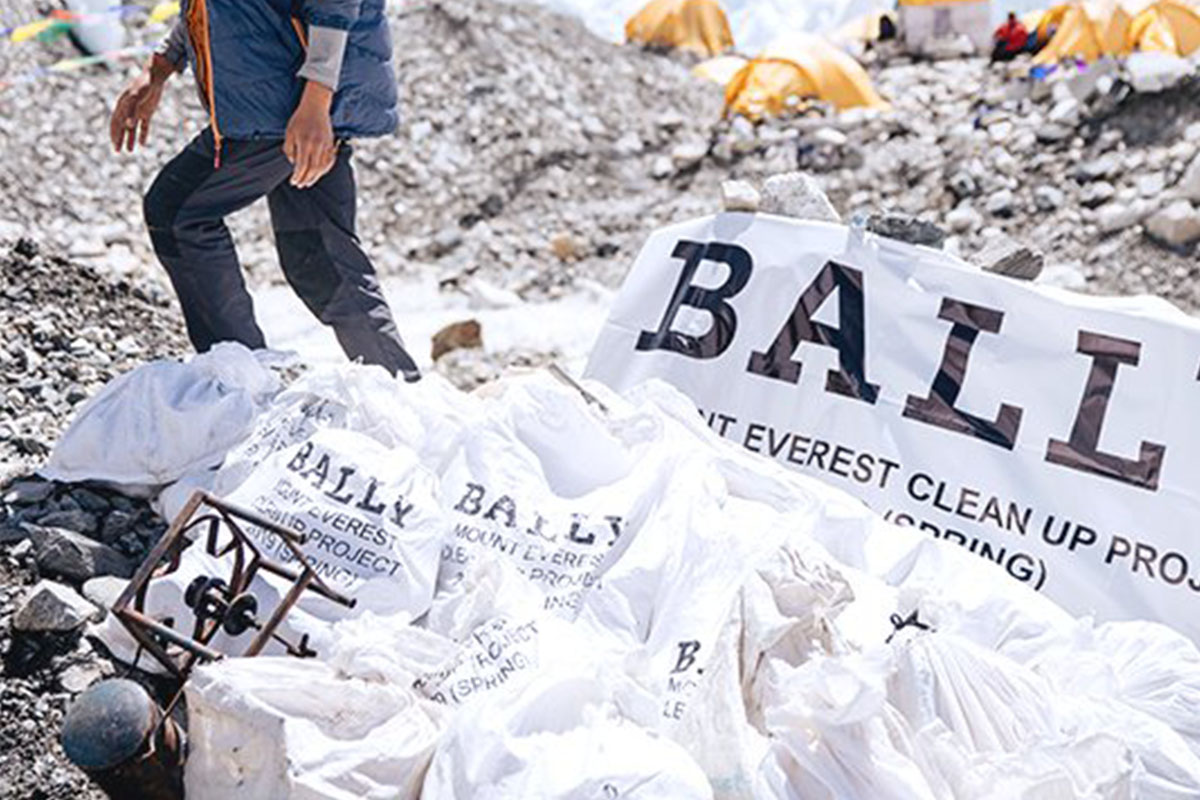 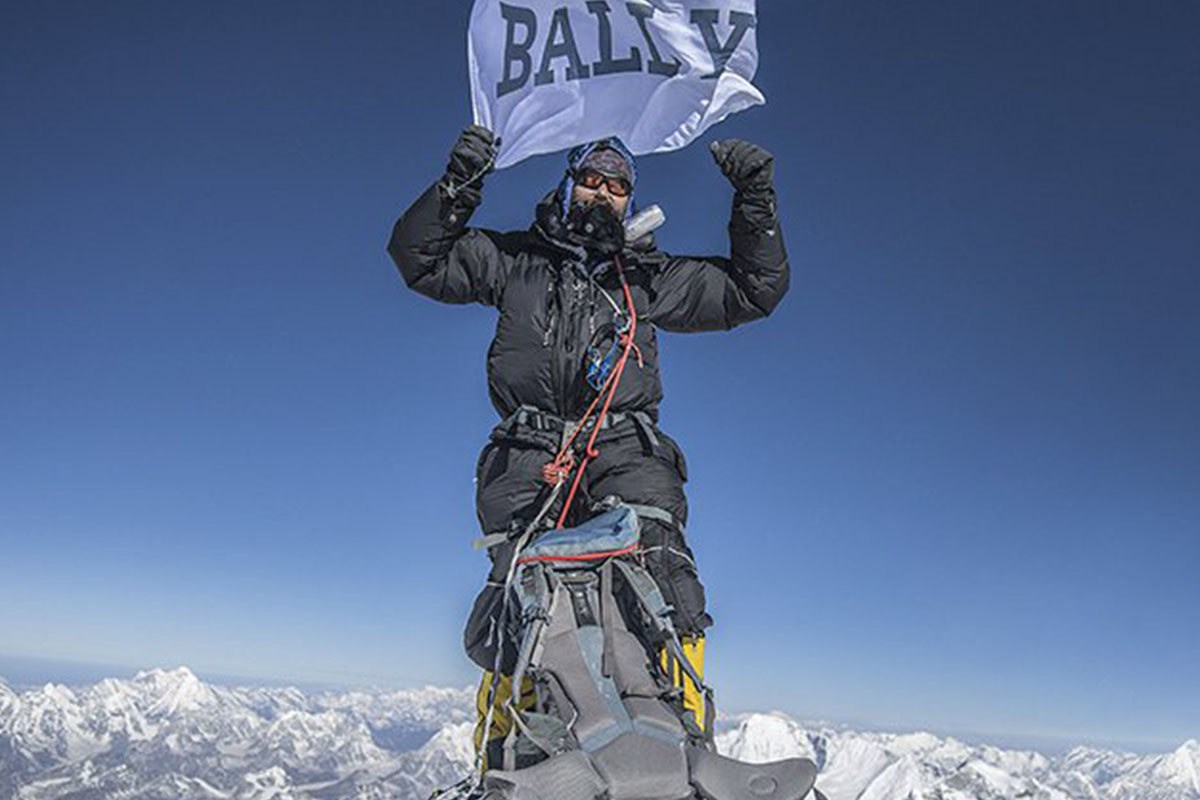 Peak Outlook aims to protect the precious mountain – and its a location with deep historical Bally roots.

Sir Edmund Hillary and Sherpa Tenzing Norgay were the first men to ever reach the Mount Everest summit in 1953 and they were wearing Bally boots.

As a way to support future cleaning treks in the Himalayas, Bally has released a capsule collection, which includes an organic cotton T-shirt. All profits from collection sales will be donated to the Peak Outlook mountain preservation initiative.

“The connection to Mount Everest is an integral part of Bally’s story,” Bally CEO Nicolas Girotto told Vogue . “We have a responsibility to create purpose beyond profit, and Peak Outlook is really a catalyst to share our broader commitment to sustainability.

“We know we have a journey ahead, but it truly is the way of the future.”