We meet the revolutionary woman behind a not-for-profit company and a fair-trade luxury skincare brand providing jobs to empower underprivileged people. 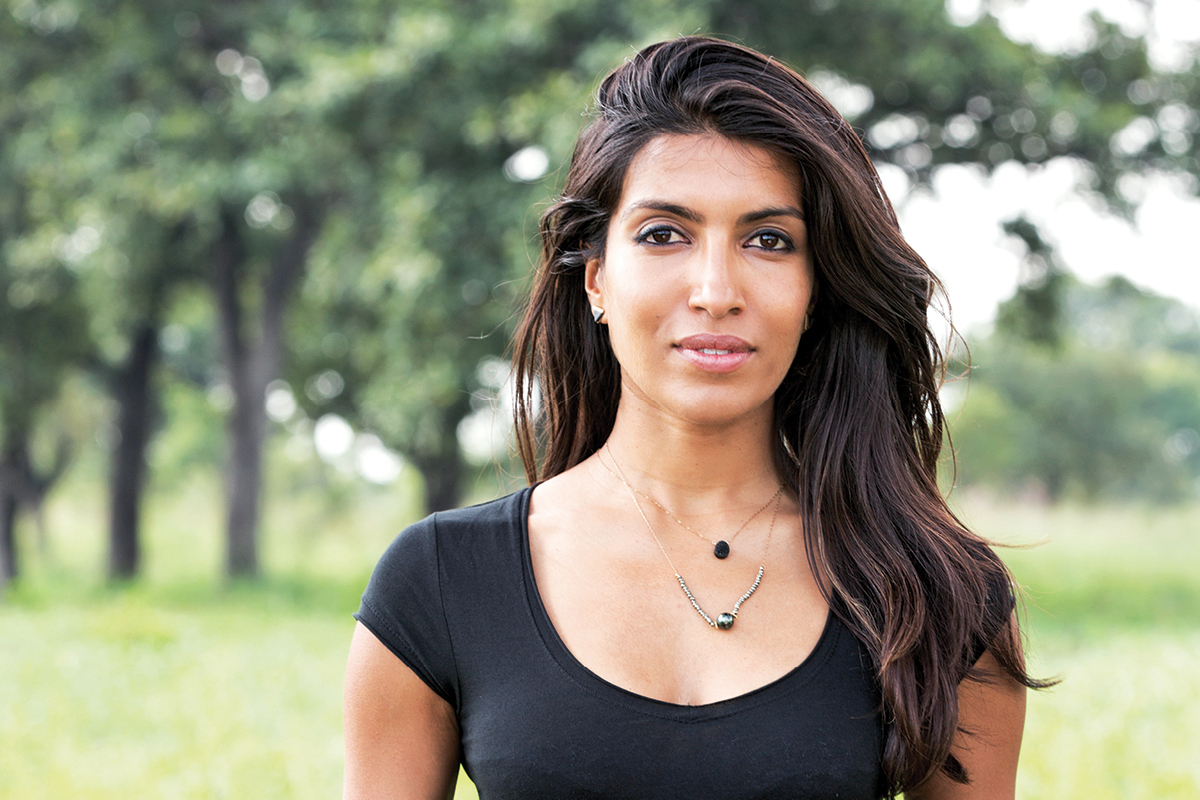 The top 2,000 companies in the world spend US$12 trillion annually on goods and services. “Imagine what a difference we could make in the world if we could convince the people who make those decisions to spend even a small fraction of that on hiring social enterprises that give work to low-income people,” says Leila Janah, founder and CEO of social enterprise Samasource and fair-trade luxury skincare company LXMI.

The 35-year-old founded Samasource 10 years ago. “It’s a social business that reverses poverty by connecting very low-income people to work, via the internet,” says Leila. What was initially a small start-up has now grown into a movement around ‘impact sourcing’, the notion that you, as an individual or as a company, can contribute to alleviating global poverty by changing your sourcing strategy. It’s about providing jobs, rather than charity.

Samasource, named after the Sanskrit word for equal – sama – is a not-for-profit business that trains people in underprivileged parts of the world, such as Kenya, Uganda and India with digital skills, and outsources tech jobs to them. It counts the likes of Getty Images and eBay among its clients.

Samasource became profitable in 2016 and is the largest data services firm in East Africa, employing more than 1,200 people from low-income backgrounds. Via Samasource, Leila has shown how the model for giving work, works. “We’ve created a model in the digital world that shows this pretty clearly and has really good data behind it. We’re able to move people from a US$2-a-day household income to an over-US$8-a-day household income.”

Hailing from New York and now living in San Francisco, Leila seems to have an energy that knows no bounds. As well as Samasource, she is founder and CEO of Samaschool, which upskills low-income earners and helps them to enter the gig economy, and is founder and CEO of LXMI, a luxury ethical skincare brand that follows the ‘give work’ ethos and hires women in East Africa. Her Samahope crowdfunding site that raised money for people in underserved communities who needed surgery was acquired by Johnson & Johnson after supporting almost 17,000 treatments.

She is also a Harvard graduate, a Young Global Leader of the World Economic Forum, a director of CARE USA and the author of Give Work. Leila’s altruistic ambitions began when she was a teenager. Having graduated early from high school at age 17, she opted to work at a school teaching English to blind children in Africa. “I thought I would go and be this saviour but I got there and found that my students were incredibly bright,” she recalls.

“They could read and write English well; they could name US senators. I realised I had misunderstood low-income people as not having the skill or will to work, but actually, there is so much talent at the base of the economic pyramid that it has no room to grow and nothing to do.”

“There is so much talent at the base of the economic pyramid that it has no room to grow and nothing to do.”

The realisation from this trip set the wheels in motion for what would eventually become Samasource.

It has been a much longer and more difficult journey than expected, she says, admitting there were moments she thought “maybe this is just a pipedream”.

“I heard ‘no’ non-stop from everyone I talked to. I decided finally to incorporate as a not-for-profit because I thought we’d have a greater chance of success.

“At the beginning, it was extremely tough because nobody really believed you could get this work carried out by poor people in Africa. Even if they did believe that, nobody believed that the model would ever be financially sustainable. We’ve proven both.”

As with any company, sometimes things happen that are out of your control, and Leila says she felt like she was constantly putting out fires, at least in the beginning.

“A ship dropped its anchor on the one fibre-optic cable that led to East Africa. So, the internet was down in all of Kenya for some time. We had to tell our customers, ‘the dog ate my homework’ basically. There were moments like that that were out of my control.”

Though she appears like some kind of superwoman, Leila was aware she couldn’t do it all and recruited a CFO and a managing director several years ago. “The biggest evolution has been in the maturity of the organisation and the leadership.”

Starting a company at age 25 and being a relatively young and inexperienced leader did have its benefits. “By default, you just see things differently. As a young leader you are much more likely to be innovative and question the status quo. That can be a blessing for a start-up.”

Beauty with a cause

In 2015, Leila launched organic eco-luxe skincare company LXMI (pronounced luxe-me), with the aim of combining luxury product with a social cause. If you’re paying a lot for a quality product, it should be good not only for you but also for the world, she reasons. As luck would have it, during her travels in northern Uganda she happened upon Nilotica balm, a cold-pressed oil from the Nilotica nut, and her dreams of combining a luxury model with a ‘give work’ element were on their way to being realised.

Working with fair-trade cooperatives, LXMI supports East African women through the harvesting, production and export of Nilotica. They typically earn three times the average local wage. As the ingredient is rare and only grows in a specific part of East Africa, at the source of the Nile River, there is also a conservation incentive, explains Leila. “It’s a species of tree that is in short supply and, by harvesting these raw ingredients, we show the community that there is a case to be made for sustainably harvesting and keeping these trees alive.”

Leila has plans in the pipeline to replicate this with other wild ingredients around the world. “The biggest lesson for me has been that it takes a lot of time to grow a true luxury brand. In this kind of business, as with any business that is trying to build a better world, you have to focus on a longer-term horizon.”

“It takes a lot of time to grow a true luxury brand. In this kind of business, as with any business that is trying to build a better world, you have to focus on a longer-term horizon.”

Authoring her first book, Give Work, released in 2017, was the next logical step for Leila. It shares the story of Samasource and how the give work model can be applied in other contexts. “The idea behind the book is that we can have a dramatic impact and reverse poverty by giving work instead of aid to low-income people.”

She believes this should be incentivised for companies and for social enterprises; to either hire people themselves or source from existing vendors like Samasource. “There’s a huge community of social enterprises that work with low-income people and pay them living wages,” she says, adding, “if you’re choosing a coffee brand for your lunch room, why wouldn’t you choose a brand that’s providing work?”

Up next, Leila is working on a guide for executives to identify such vendors as well as measurement tools to see how your company is reducing poverty. “You may already be doing so in your supply chain,” points out Leila.

“We often believe that change can only happen at the voting booth but, in reality, we vote with our dollars. Every time a dollar leaves our bank account we’re making a choice and voting on the sort of world we want to live in.”