Tao Liang’s so-called Bagfans – six million of them – hang on his every word. We meet the 27-year-old king of luxury arm candy. 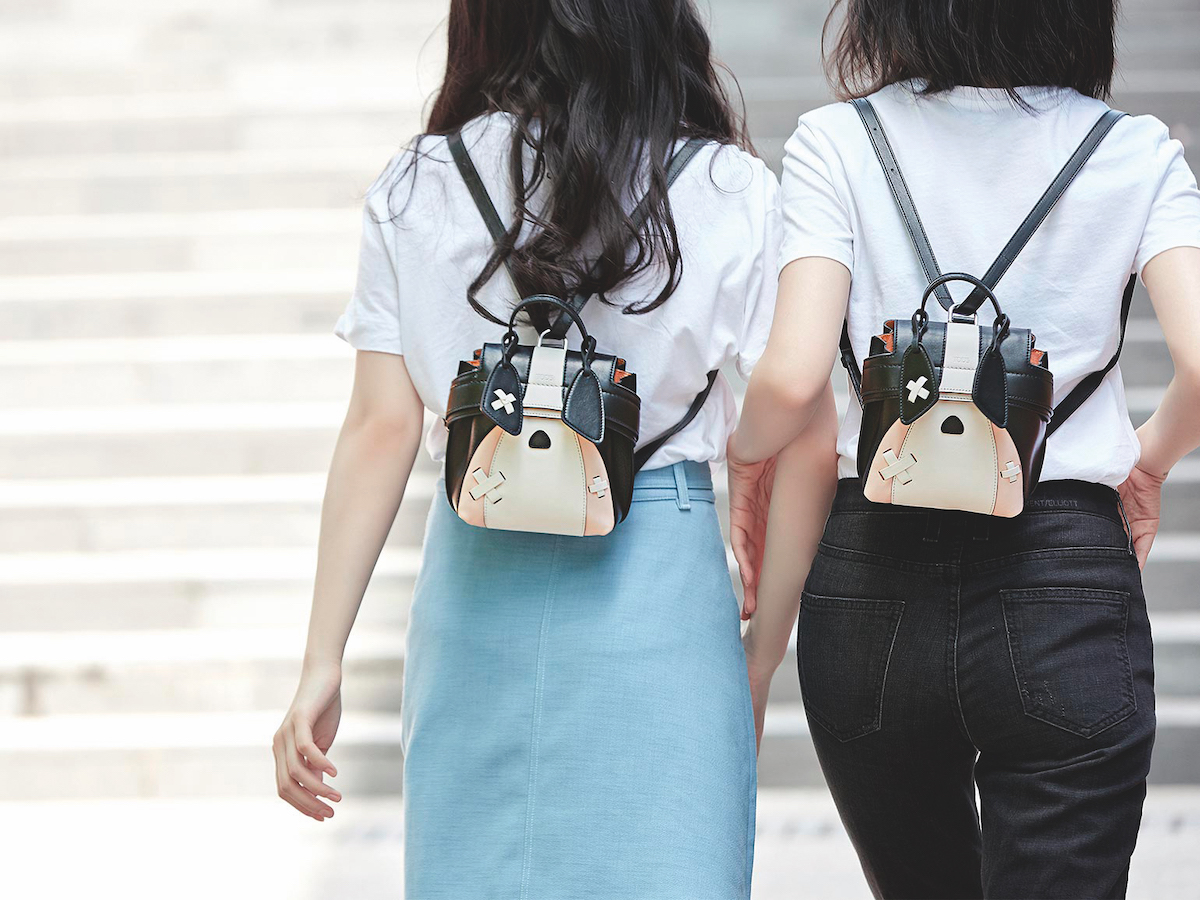 Unless you are a serious handbag aficionado, I imagine I will have to fill you in on who, and indeed what, Mr Bags is. Because Tao Liang, his real name, is a “what”: a cultural/consumer phenomenon in the guise of a 27-year-old blogger on the topic of, you guessed it, handbags.

I am in the VIP shopping penthouse at Galeries Lafayette in Paris to meet someone who calls himself, entirely without irony, Mr Bags. And who, again without irony, says things like “the minibag is super-big in China”.

Although you may need him explained, his six million followers on Weibo – China’s answer to Twitter – are so intimately acquainted with all that he does and represents that they have their own collective noun: “Bagfans”.

“I have this innate brain power or something,” this charming man-child tells me. “I know when I look at a bag whether it’s going to be successful in the Chinese market.” He keeps his followers abreast of which bags are the best for them, and they listen – and then spend – in droves.

“That is the biggest dream I have, to build a Chinese luxury brand,” – Tao Liang

No wonder western brands court his attention, and now pay for his aesthetic input to create a Mr Bags limited edition of one of their styles. We are talking on the terrace, and even a hot sunny day is not enough to make this most leveraged of fashion junkies unshoulder-robe his Chanel jacket.

He employs 17 people and, with his assorted revenue streams, is likely to be pulling down a seven-figure sum per annum, though won’t be drawn on figures. (“I didn’t do it originally to make money. When I started it was a hobby.”) Given that McKinsey’s latest report predicts that Chinese consumers are set to spend about US$180 billion on luxury goods by 2025, it’s no surprise someone like Mr Bags holds such traction. 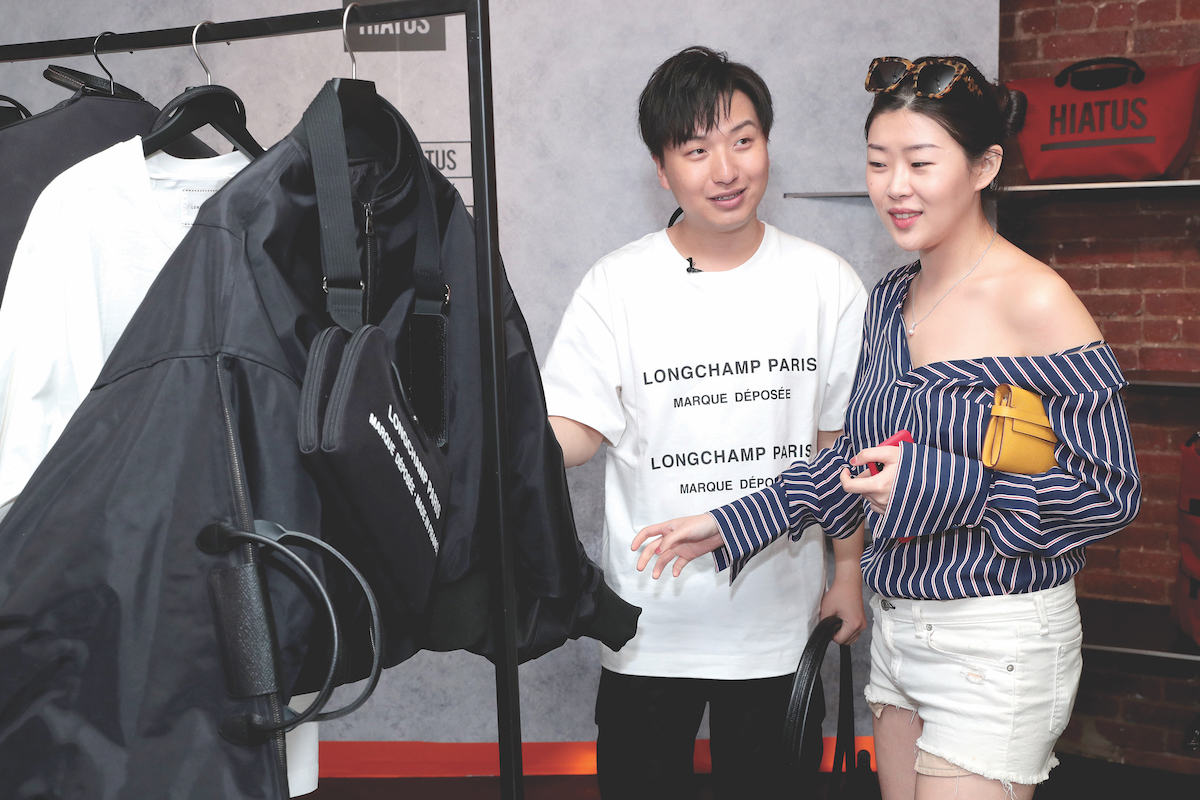 It’s his brand collaborations that most clearly demonstrate his pulling power. Givenchy sold £150,000 (A$275,000) worth of his baby-pink take on its Horizon bag in 12 minutes in the run-up to Valentine’s Day in 2017.

Longchamp and Tod’s both worked with him on canine-inspired styles for 2018, the Year of the Dog. The former’s is decorated with what Tao calls – in a rare lapse of his excellent University of California-honed English – “dog hands”, aka paw prints.

The Mr Bags x Tod’s limited-edition Wave backpack, which has twin luggage-tag “ears” and an embellishment that looks like a nose – a literal doggy bag – sold out in minutes despite costing £1,250 (A$2,300). Bag as pet. Peak cuteness. Accessories just big enough to accommodate an iPhone Plus. Tao gets what the luxury Chinese client base – one extremely lucrative section of it, at least – wants.

“People from the west tend to design something like a golden dragon, because they think it is very Asian. But we are not looking for something that is so traditional. That is not why we buy a Tod’s bag.”

When Tao was at school – a selective state school that was one of the best in Beijing – his financier parents were less than enthusiastic about their only child’s interest in bag-related matters.

After school, he spent his spare time hanging out at their local branch of the luxury Asian chain Lane Crawford, ogling the sunglasses and “pouches”, the acceptable face (just about) of arm candy for men, and a word so often on Tao’s lips during our meeting as to be verging on a mantra. (“I have a lot of pouches. Pouches for men are so chic.”)

On a trip to Hong Kong the 17-year-old Tao insisted his mother buy the freshly minted – and now cult – Céline Luggage bag. “She regretted it, because no-one knew about Céline. Then I flew off to college, and suddenly that bag became so popular. No matter where my mom goes, everyone says, ‘How did you manage to get that bag?’ Suddenly my mom is thinking, ‘Maybe my kid really does have this thing with bags.’”

His parents still believed “finance was the thing that makes people successful”, he continues. “They told me luxury was only about burning money.” But by the time he started his studies in Los Angeles – in finance, of course – they seem to have considered it safe to facilitate the smaller variety of luxury conflagration.

“I suddenly had no boundaries from my parents and I went to Rodeo Drive five days a week to shop and window-shop. That is one of the reasons Mr Bags is really successful. Because I am myself a shopaholic. But I was not super-rich at the beginning. I could buy sunglasses, pouches. I couldn’t go into the Chanel store and buy five bags in a row. So I became really good at buying the right bag. The classic that will never be discounted. Or a different kind of bag that you might get 40 per cent off in June. That was the start of Mr Bags.”

Next stop was studying international relations at Columbia in New York, an unlikely but, it would transpire, perfect preparation for a working life spent bridging the gap between western luxury producers and Chinese luxury consumers. 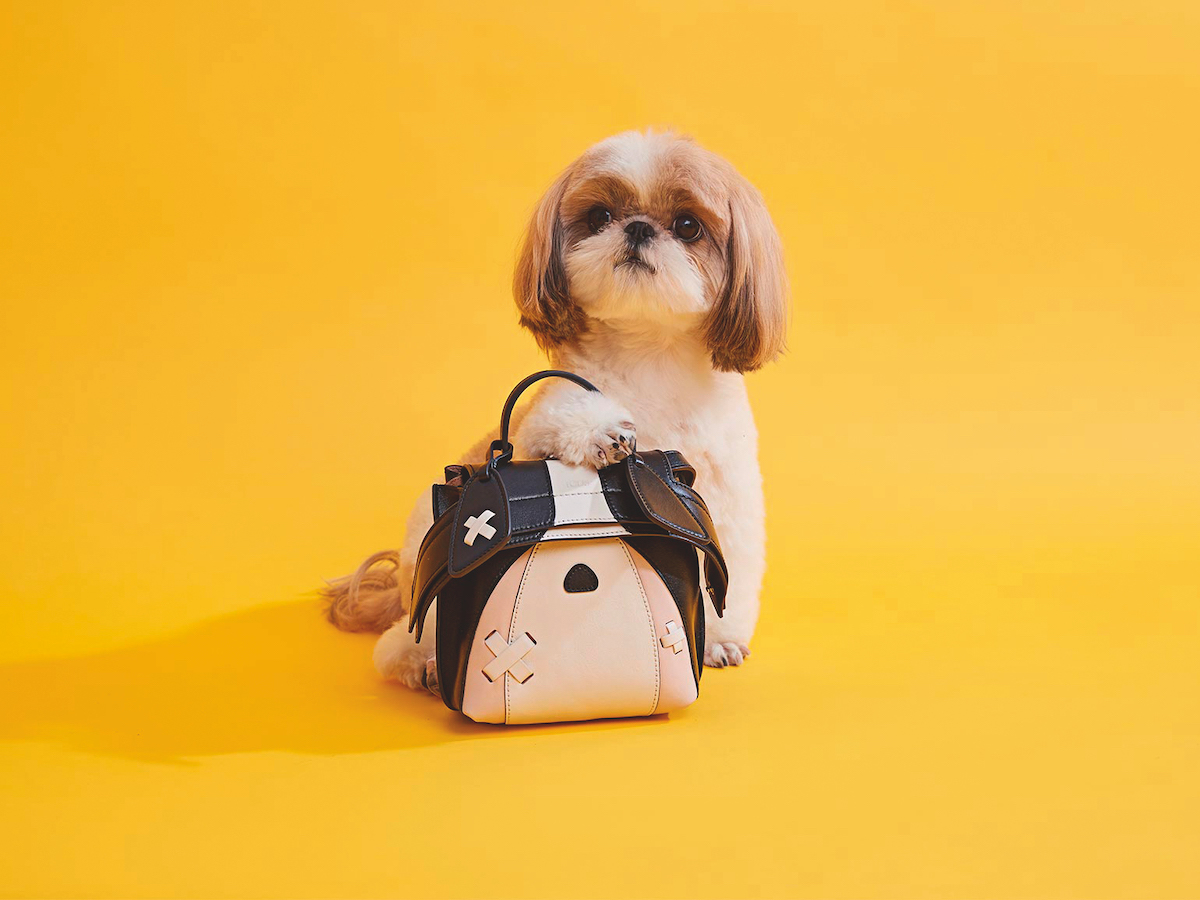 In the holidays he did the kind of internships his parents approved of, meanwhile Mr Bagging his way to an ever bigger online profile. “On my final day working at BNP Paribas in Hong Kong, I felt so free. I knew I didn’t like finance. I knew between the two Fs, I was going to choose fashion.” Now all he had to do was convince US immigration to grant him a visa.

“I described myself as a blogger, and they said, ‘Is that even a job?’” Tao knows that his Bagfans love cuteness, but he has “never really thought about why”. Might it, I suggest, be to do with the currency of youth in modern China?

Here, after all, is a twentysomething who, when I asked him how old he was, told me he would sometimes shave a year off his age because, “I always want to be young. I think definitely, yes. Not just Chinese girls, but me, a Chinese boy, I want to stay young for such a long time. And the girls spend so much money on products to make them look younger.” (Tao’s own complexion appears to have been helped to its snowy perfection by way of some product.) 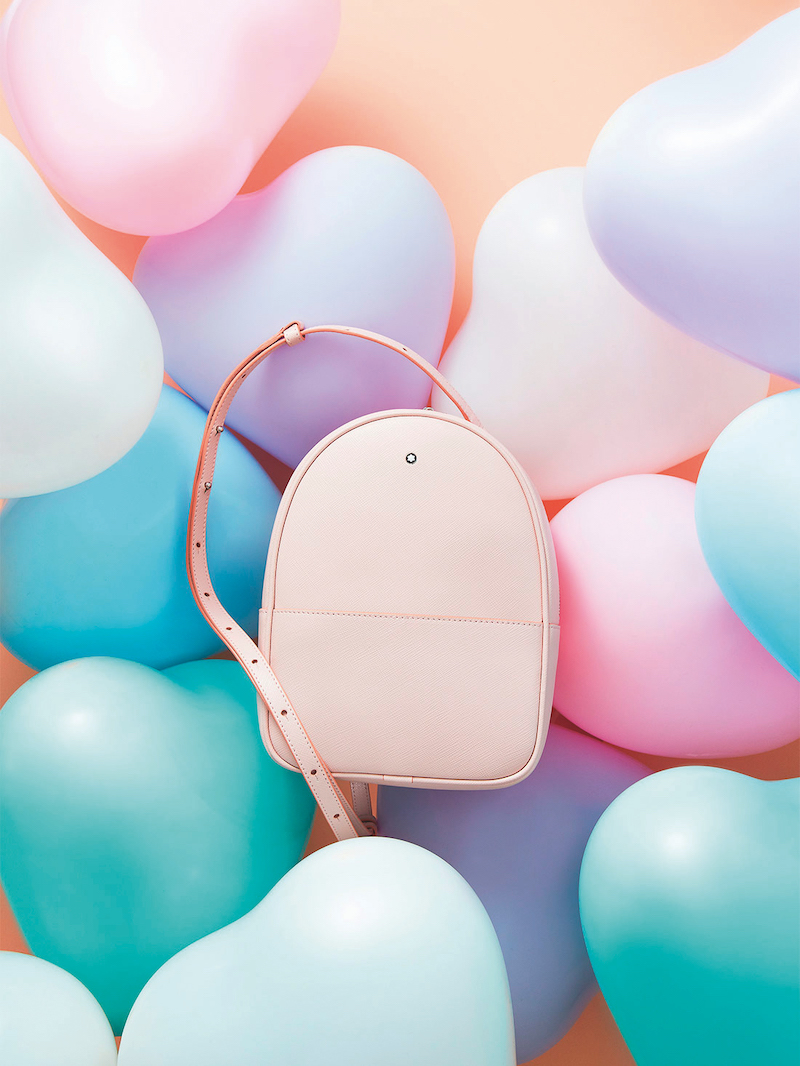 But the Chinese luxury consumer base is also fracturing, another development with which western brands need help. Alongside the “cute girls” are what Mr Bags calls “the punky and cool girls”. Which is why Tao’s follow-up to his pink Givenchy bag was a black and gold version – “Really cool, really chic” – targeting them.

Which is why Vogue China launched the younger, cooler, less western brand-obsessed Vogue Me. Some younger women claim – horror! – not to be interested in luxury at all, he says. “Some girls who are 10 years younger than us don’t think luxury is a big deal. They feel using a luxury bag is not cool enough.”

What’s next for Mr Bags? In April, he launched a WeChat account dedicated to educating his followers about luxury watches and jewellery and his lifestyle vlogs have already been seen by between 500,000 to one million Weibo viewers.

And with the growing sophistication and wealth of Chinese luxury consumers, it is only a matter of time before luxury homegrown brands are launched.

“That is the biggest dream I have, to build a Chinese luxury brand. We have super-good silk. Our craftsmanship can be so exquisite. Lots of luxury brands have factories in China. Yet when a Chinese person thinks of a really good-quality bag, the first five names are from the western world.”

Tao spent the previous day in Paris at the Chanel boutique. “It’s really hard now for me to get super-excited about a bag,” he says. “I have been seeing the new Chanel Gabrielle for such a long time that I thought, maybe I have seen it too much. But then I tried it, and I’m like, ‘I just love this bag so much. I need to have it.’”

Interview: Anna Murphy. The original story appeared in The Times Magazine. Used by agreement with The Interview People. All rights reserved.