Cass Spies launched Twisted Healthy Treats after finding a gap in the market. A desire for sweet healthy treats without any nasties led Cass Spies to launch a product that is now in 85% of Australian school canteens.

Celebrating its 10th anniversary, Twisted Healthy Treats grew from being 100% retail to 100% manufacturing – a move that has seen the company soar to international success.

“It wasn’t all fun, it was slow,” Cass Spies told The CEO Magazine. “At some points, I felt like I was in charge of a large ship that I was changing the direction of, little by little, decision by decision, each day. But it was definitely the right move for the business.”

The talented businesswoman says her company has grown in size five times since they first made the move to the factory in 2015.

“I would like to be an example of the fact it is possible to create an incredibly delicious and decadent treat without any of the nasty ingredients traditionally used.” – Cass Spies

Coles, Woolworths and Harris Farm are some of the supermarket chains stocking the healthy ice-cream-style treats – an industry that has been disrupted by smaller companies. 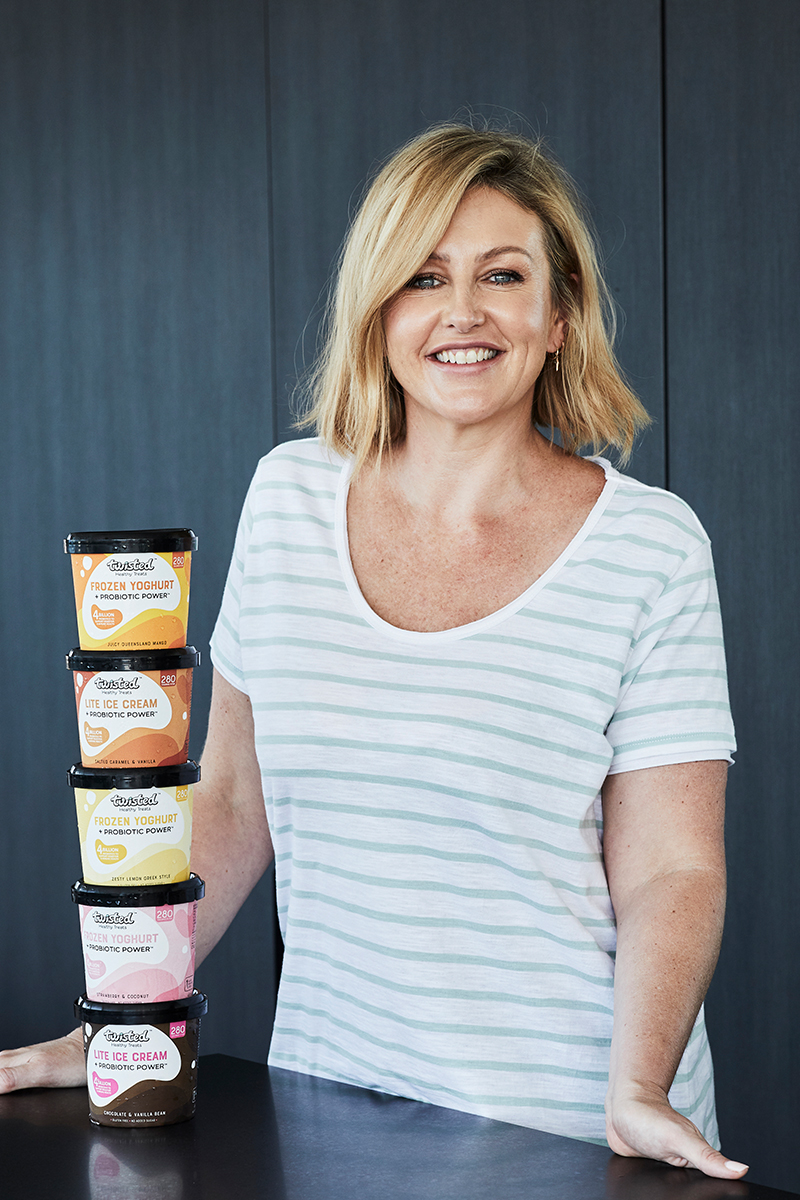 “The space has traditionally been dominated by large multinationals that haven’t felt the need to offer these healthier alternatives to consumers,” she says. “It’s often small players like myself who come to the market and shake things up.

“I would like to be an example of the fact it is possible to create an incredibly delicious and decadent treat without any of the nasty ingredients traditionally used.”

The business is also Australia’s only entirely female producer of nutritious and delicious frozen delights.

“Sometimes the suppliers and transport companies are shocked that my whole management team is run by females,” Cass says. “But after the initial kind of fright that a female is in charge, it makes us stand out – it’s slightly different to other companies that are managed by men.”

Having recently launched in New Zealand, the US and Malaysia, the Australian company has grown significantly as it conquers the global market. Cass has her sights set on China and the Middle East while at the same time launching new products including dairy-free and sugar-free keto treats.

“We’re achieving these amazing things and, if I think back to a year ago, some of the things we’re pulling off this Christmas, I would have loved to have had that volume then,” Cass says. “We achieve it and then we go ‘Right, next’ – instead of just taking a moment to really appreciate and be grateful for where we’ve come from as a team. It’s hard to believe.”