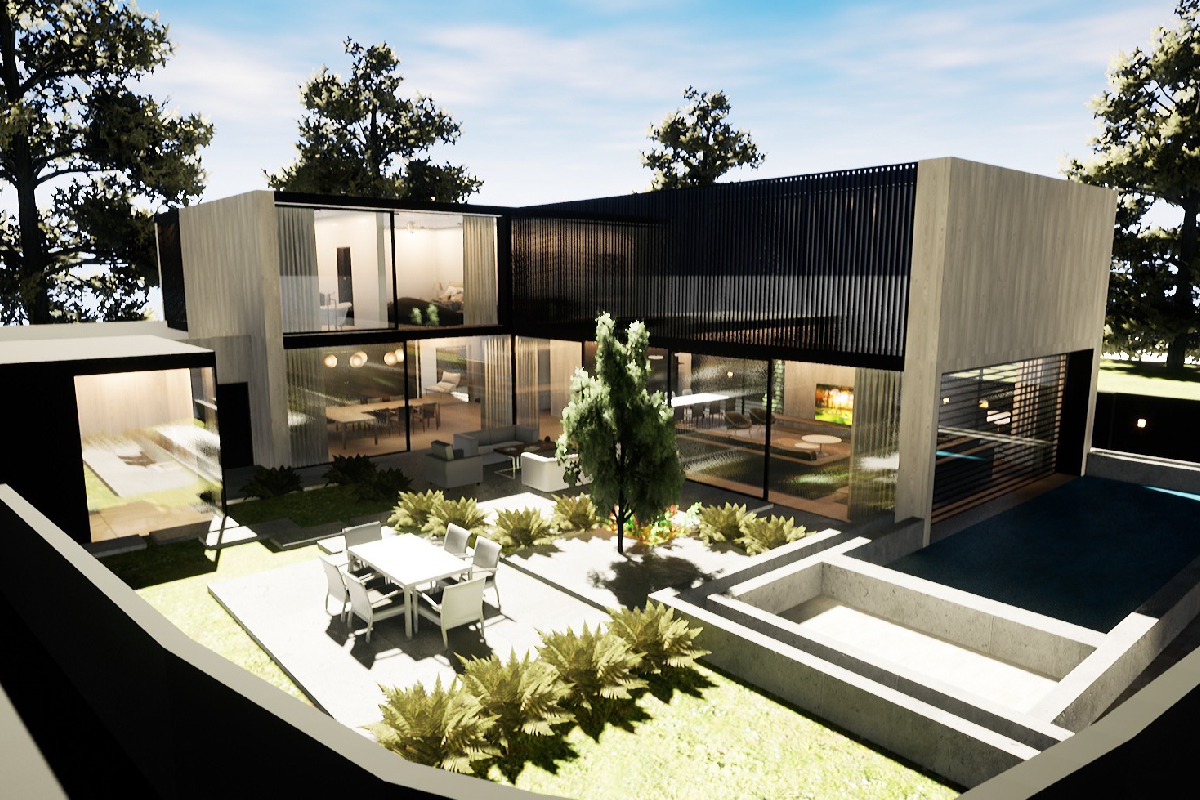 Following a stint living off a diet of McDonald’s cheapest menu items and a night spent sleeping under the bushes by the Hong Kong airport, Nick Mowbray’s daring move to China has well and truly paid off.

At just 18 years old, Mowbray and his older brother, Mat, tirelessly worked to build Zuru – a brand that has become one of the world’s leading, and most disruptive, toy companies with some 5,000 employees.

“We literally got on a plane to China and went to a little place called Shantou where there were no other westerners,” Mowbray tells The CEO Magazine. “We rented a tiny little apartment for eight bucks a month.

“We had no real idea of what we were doing. We were just over there fighting hard every day and scraping to figure out how to build a business.”

Armed with a US$13,800 loan from their parents, the brothers lived off US$1 a day for years on end to bring their toy empire to life.

“We were so particular about never spending money that we would celebrate Christmas at McDonald’s in China – it was NZ$3 [US$2] for a Big Mac. That was a treat,” he recalls. “I used to play this trick because we were so tight on money, I’d eat half my fries and then I’d go back to the counter and say, ‘My fries weren’t full,’ because we didn’t want to spend any money.

“We’ve never borrowed a cent since the loan from my parents, never went to the bank. Last year, Zuru made NZ$1.7billion [US$1.17 billion] in revenue.”

The seed of an idea grew from Mat’s school project. When he was 12 years old, he designed a model hot-air balloon kit, which won the national science fair in New Zealand. After setting up a small factory at their family farm to build hot-air balloon kits for distribution, the siblings set their sights on transforming their hobby into something far bigger. 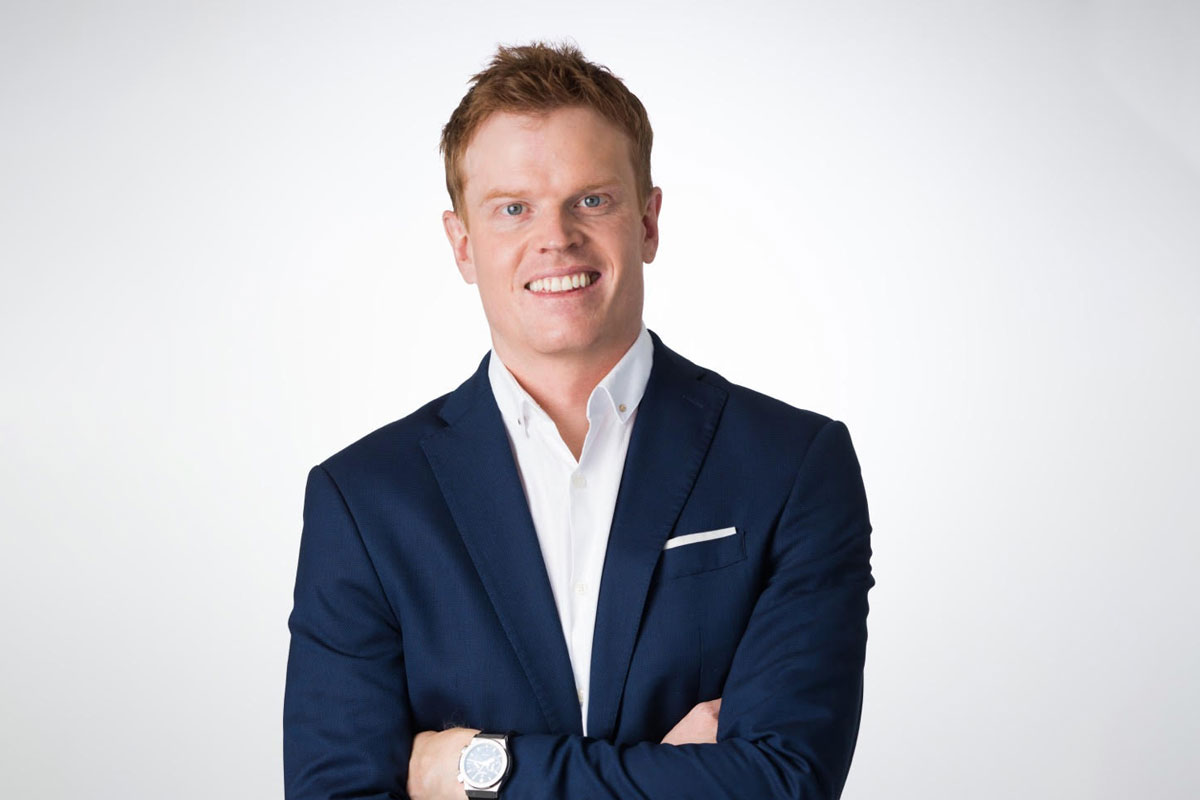 Cutting-edge software and technology runs through all arms of the businesses where innovative manufacturing systems amplify Zuru’s success.

With a plethora of iconic brands under their umbrella including MONDAY Haircare, Bunch O’ Balloons, Pets ALive, X-Shot, Dose & Co collagen and Rascal + Friends nappies, one game-changing property project has been quietly worked on in the background over the past decade – and Mowbray says it’s almost ready to be rolled out.

“The idea is to try and change the world, how the world literally builds,” Mowbray exclusively tells The CEO Magazine. “That is definitely the big ambition. Amazon was nothing 20 years ago, and now look at where it is today. Our ambition is to have Zuru next to Apple and Amazon over the next decade.”

From the number of bedrooms and the kitchen benchtop materials to the sofa in the lounge room and the art hanging on the walls, the reality of sitting at your computer to design a brand new home that’s then built and delivered to you, isn’t far away. And all you need is the parcel of land.

“Tech is our big dream. My brother deserves much of the credit because it’s his project,” the Co-Founder and Co-CEO says. “Building houses is entirely inefficient. It’s crazy that we do every little part individually for every house, more or less.

“We just looked at it and asked ourselves, ‘In 50 years, we’re pretty sure the future isn’t going to look like that. How do we change it and how do we completely disrupt, literally, the biggest industry in the world?’ That was the north star.

“It’s a pretty ambitious project because all the way through [the house-building process] our software does everything – from building codes to where you’re building it.

“We’re 10 years in and we’re getting pretty close now, but we’re probably a couple of years away from officially launching.” 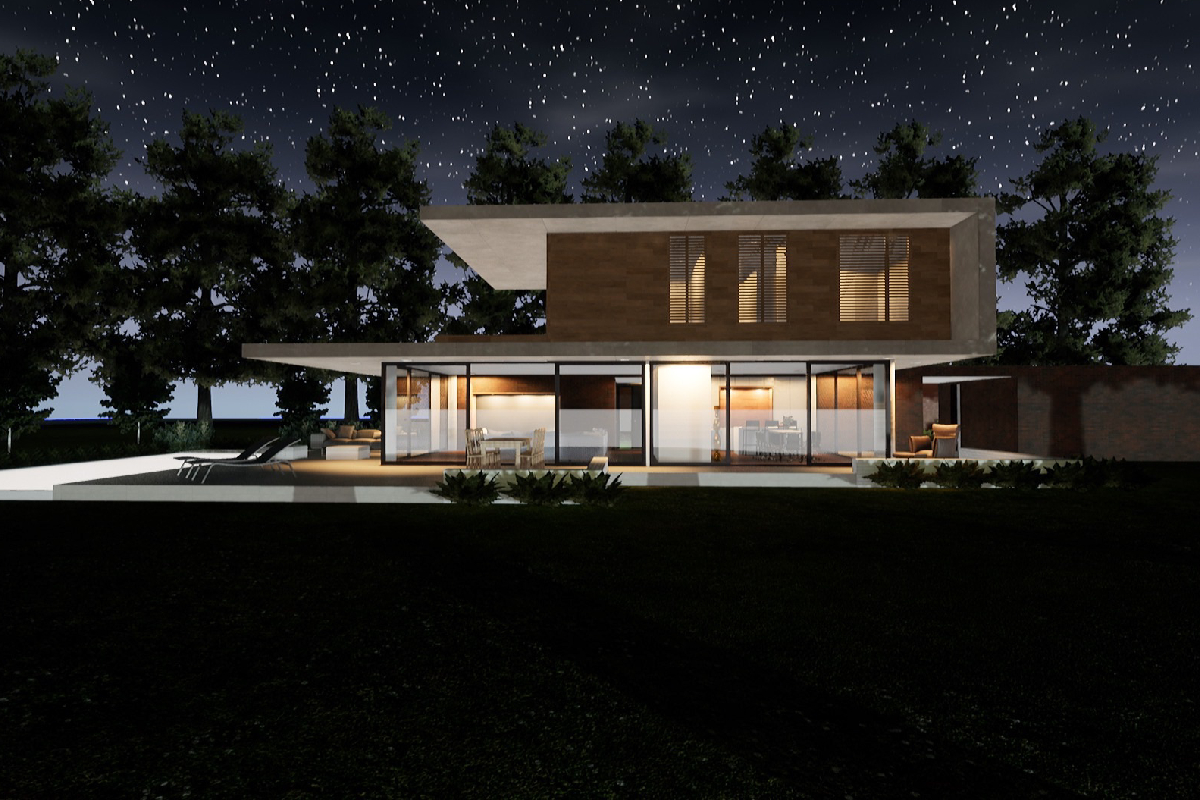 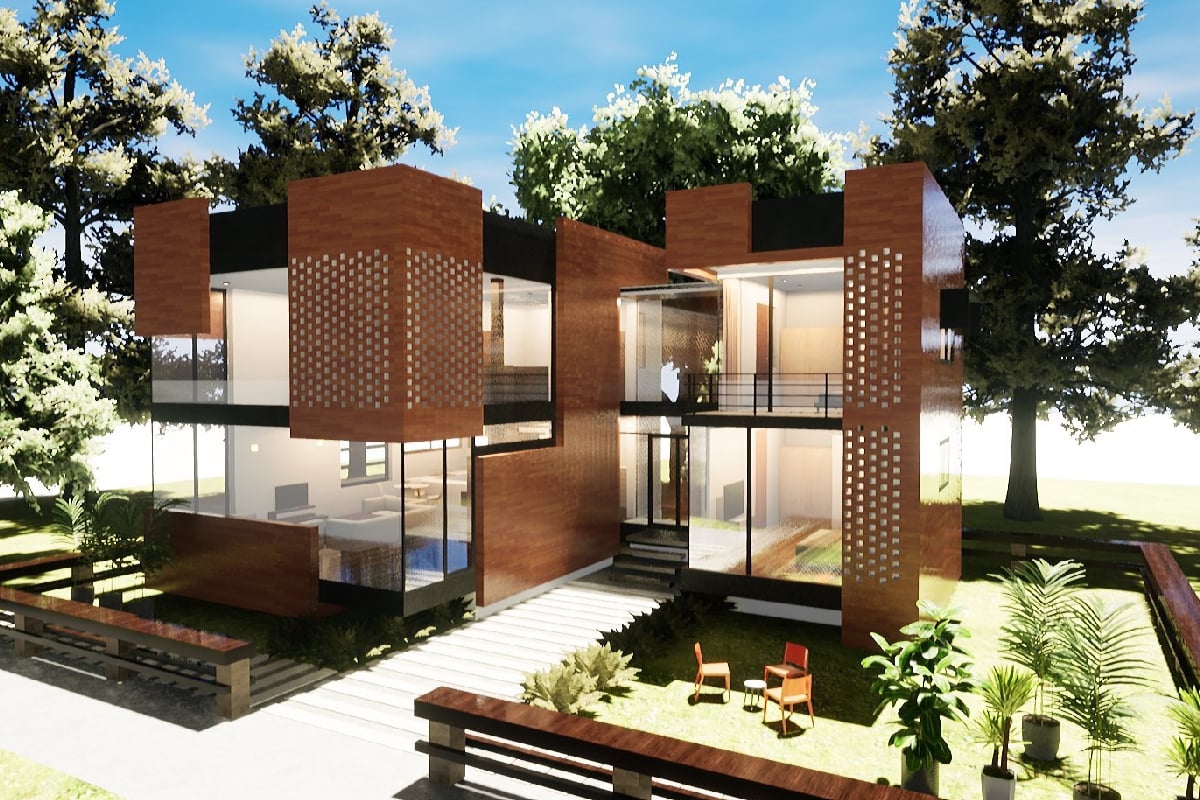 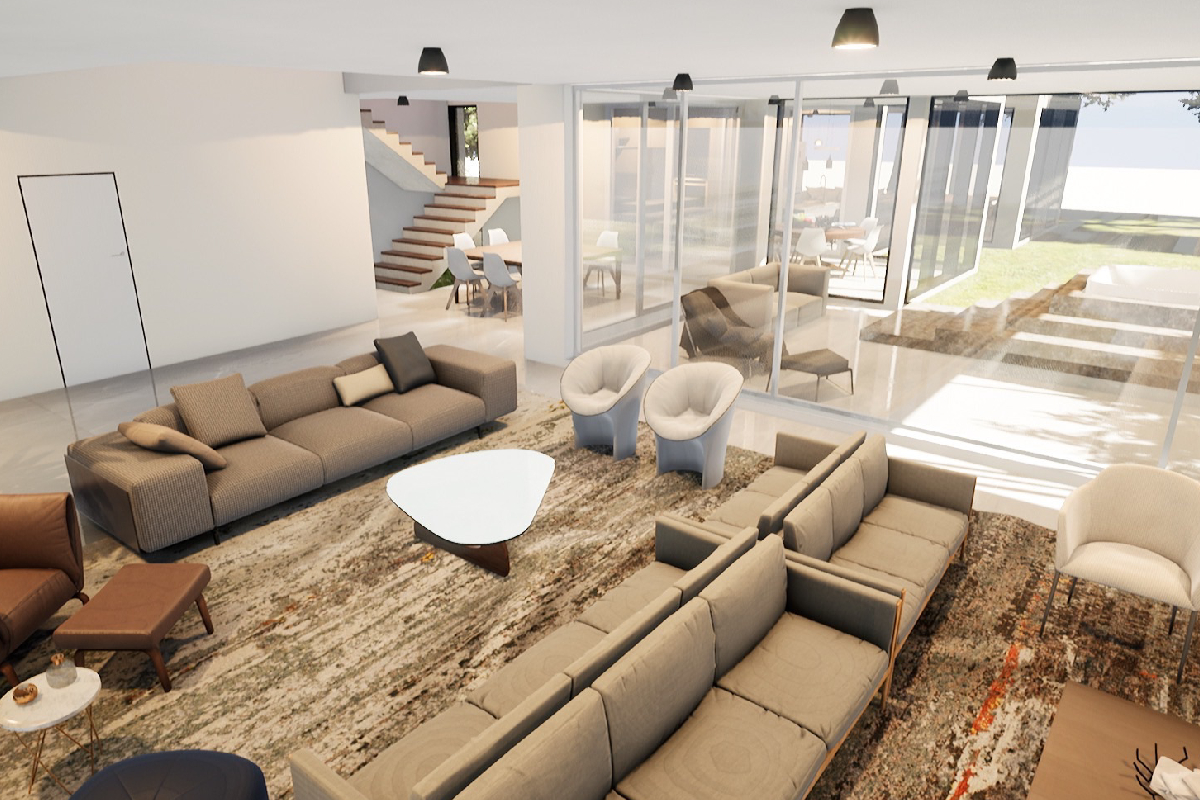 In the Tech division of Zuru alone, there are 500 people involved across global offices – two in India, two in Italy and a few in China – who are all working to create a platform that designs, builds, produces and delivers houses anywhere in the world.

Just as The Sims – one of the best-selling computer games of all time – allows users to create virtual worlds by building houses room by room, painting by painting, Zuru Tech will do just that, only it’s for real.

“What’s a little bit unique is that we built the software on a gaming engine,” Mowbray reveals. “Gaming engines have come a long way over the last decade, so it’s a little bit different to traditional architectural software. We’ve designed it from the ground up.

“We built it from scratch with robots, so no people. Everything from the finishings, fittings, lights – every single thing is done on the production line.”

There’s no need to worry about globally differing building regulations. Mowbray asserts that the houses will be built to the world’s strictest building codes.

“The houses will meet any building code,” he adds. “The quality and accuracy of what we’re building is a whole other level. It’s a long way ahead of what’s being done currently.”

The platform, aptly named Dreamcatcher, will allow for companies to scan their furniture and art into the system, giving home buyers the opportunity to stage brands like IKEA’s latest pieces in real time.

“What’s unique about this is usually when you automate a product, you’d just use the same thing over and over again,” he says. “The thing about Tech is that we’re building a completely automated factory that can build a different house every time.”

So will it threaten the centuries old trade and craft of building houses by hand? Mowbray believes construction companies will be able to use the software as a tool for their own projects.

“The biggest asset people buy in their life is so expensive and there’s actually not a lot to it, to a building,” he shares. “We’ve been building houses the same for hundreds and hundreds of years – it’s super inefficient. Building is mainly air and materials, why does it cost so much?

“The crazy thing is we’re going to be able to build a house at a tiny fraction of the cost of what you pay today.

“Our costs will be less than one tenth of what you can build for today. It’ll probably be dramatically less than that again, at a minimum.” 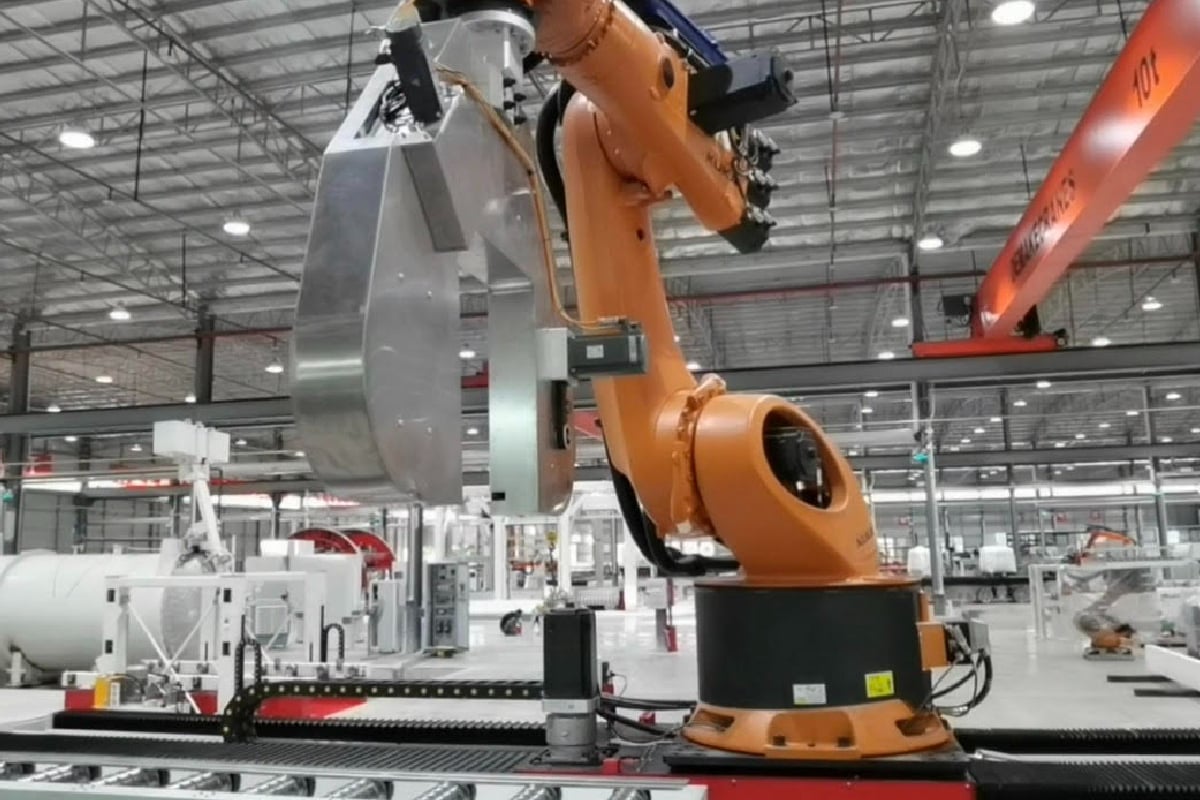 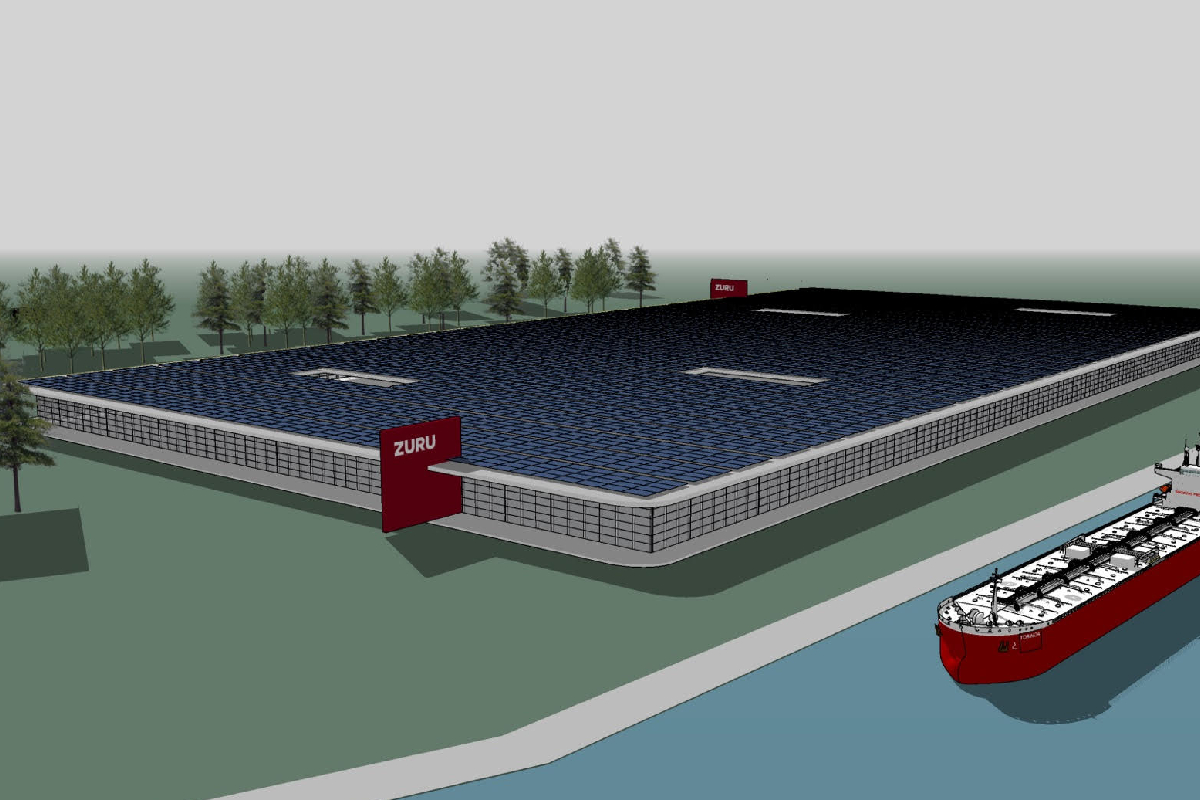 Successfully building the “best quality houses in the world” at affordable prices with their innovative software hasn’t been without its challenges.

“It’s been a decade of trial and error and building and scrapping and ideating and designing over, over and over,” Mowbray says. “In the early days of building, we’d come up with a machine to build a whole new material – some would be 200 metres long – and then it wouldn’t work, and we’d have to scrap it.

“Some machines we built about 20 different times to make it work. Originally the team was building it full scale, then we’d have to scrap a machine that’s 150 metres long because it didn’t work, and we couldn’t adapt to make it work, so we’d start from scratch again.

“Every concept including how it translates from the software into the factory is so complicated to do. To bring all the different walls and finishes and codes and everything together… we’re constantly testing how it all works together.

“That’s why we started building everything on a shrunken down scale.”

Using the one fifth scale allowed the team to perfect every aspect of tech-driven house manufacturing. Now Zuru is ready to scale up, and in true Mowbray style, they’re working to create the biggest factory on the planet spanning more than 1.6 million square metres.

“What we’ve got planned is two kilometres long by 800 metres across – it’s very big,” he says. “Once our one fifth factory is working flawlessly, it’s the same as scaling up any production, like Tesla. The hardest part is getting it all working – actually scaling it and replicating it becomes relatively easy.”

With upscaling comes a hiring blitz. The Co-Founder and Co-CEO is looking to expand the team by more than 2,000 people throughout the next 24 to 36 months.

Through its in-house automation, Tech’s efficiency has influenced production across all Zuru pillars including its iconic Dart Blasters, of which 39 million are shipped each year.

“We build all the automation – that’s what makes us different,” he says. “Traditionally all our competitors outsource to Chinese factories, but what we build is from start to finish, so there’s no people in the process.

“Across all our product lines we build all the automation. We took our housing team to develop all the robots and we’ve progressively rolled it out across all of our toy lines.”

Looking back over the whirlwind 18 years, Mowbray isn’t easily rattled – not by moving to a foreign country, not by the law suits from disgruntled competitors (of which there have been a few), not by battling a health scare, and certainly not by disrupting the global property market.

“You either win or you learn – you never lose,” he says.