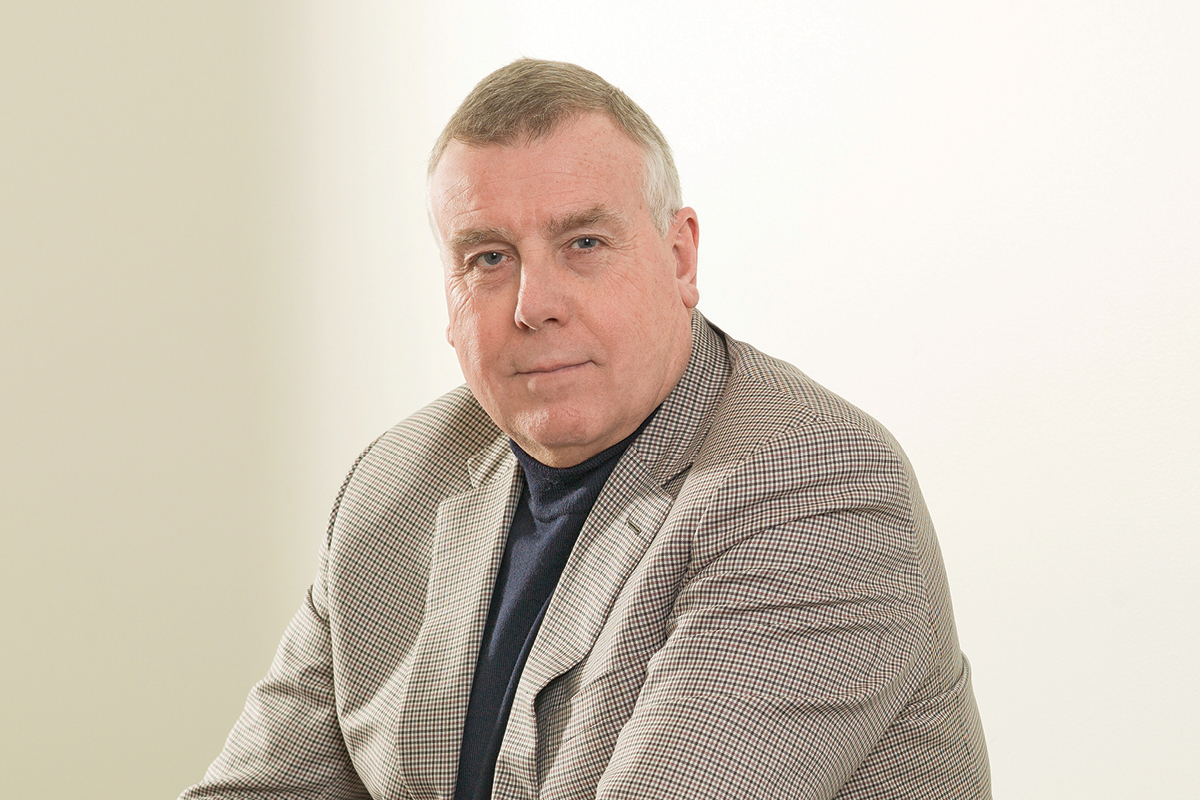 Two significant moments in David Head’s life changed his perspective as a leader. The first came 30 years ago when his wife who was 25 weeks pregnant with twins was told there was a major problem with the pregnancy and the babies were not expected to survive. He left his job as Regional General Manager at PepsiCo shortly after and spent the next few months looking after his daughter, a toddler at the time, while his wife and unborn children received essential care.

“Our prospects were uncertain,” he reflects. “But when something like that happens, you figure out what’s important in your life.” Fortunately, the twins survived, and one of them is now his Executive Assistant.

The second moment was when David’s wife suddenly became ill 10 years ago. David went from a well-paying job to a modest income doing some Board and consulting work while she was sick.

At the same time, a fund with a significant proportion of his capital went broke during the GFC. “You’ve lost a lot of your capital, you’ve lost a considerable income, and your wife is very sick,” David says.

“I would never wish that upon anybody, but for the first time in my personal life, I got to spend a number of years supporting my wife on a daily basis. She had spent the previous 25 years, by her choice, supporting me deeply in my career. It was a neat opportunity in our personal lives to flip the roles and for me to be able to look after her.”

After six years of focusing on looking after his wife, she made a full recovery and David returned to full-time work in late 2015 at Clean Seas. He halved his compensation package and agreed to take the rest of his salary in equity if he could deliver a turnaround in the company’s fortunes.

“A significant proportion of my compensation is long-term incentives if we can create value for shareholders,” he says. “I also invested in the company myself. I’m currently the sixth biggest shareholder so I truly believe in what we’re doing. As the CEO, it gives me the capacity to say to people, ‘Look, my money is alongside yours. Trust me, we are on this journey together.’”

For David, it’s always been about people, strategy and capital. “First and foremost, it’s people because they develop the strategy and execute it,” he says. “People are the core of our success. This company, has a unique mix of cultures and people. Many of our team have been in the company for 10 to 15 years.

“People are the core of our success. The company has a unique mix of cultures and people.”

“It’s people who had the vision to start this company and who provided the early capital. Today, Clean Seas has a couple of large institutional shareholders, but it’s mostly made up of 7,000 investors who believe in the dream of aquaculture and believe in the prospects of this company.”

David says that engaging with the people he works with makes his job worthwhile. “At the end of the day, if I went to work and wasn’t stimulated and encouraged and didn’t feel there was real value in those relationships, there would be little point in doing it. We have a fantastic Chairman who’s given me the confidence to step out and make some bold moves with the company. I know he’s got my back covered, so long as I follow the strategy we’ve developed together.”

David also enjoys being in a position to attract the next generation of leaders to his team. “For a decade, I was the youngest person in the room,” he recalls.

“I was 30 when I took the leadership role at PepsiCo. Sometimes I was younger than the teams who were working for me. But then one day you wake up and you’re one of the oldest people in the room. Now I have the next generation of leaders who are in their 30s or 40s working with me. It’s great to be able to hear things from their perspective to better the business.” The year David started at Clean Seas, the company had recorded a A$10 million loss. It had breached its banking covenants, and it needed capital urgently. “We had no depth in the executive team leadership and needed to upgrade and refresh our board,” David says. “I have been privileged to be able to lead the team that has come in and managed our transformation and delivered on what we said we would.”

In October 2016 David and his team set out a six-point strategy to get the company back on its feet. This became the starting point of a highly successful transformation, and the company is now in a position to deliver a new vision.

Over the past four years, Clean Seas has largely focused on brand and product development. “We have rebranded our primary product, Hiramasa kingfish as Spencer Gulf Hiramasa kingfish – it’s a 4–5 kilogram kingfish that we sell as a whole fish. The new branding will help consumers and top chefs in restaurants and hotels around the world understand the provenance of this fish,” David says.

“The provenance of the Spencer Gulf in Australia is unique. It’s 300 kilometres by 100 kilometres, and there is a direct reach right down to the Antarctic. It’s the cold waters of the Antarctic in the Southern Ocean that chill the gulf in the winter.

“We’ve managed to lift our volumes 56% and our prices 25% over the past three years. We couldn’t have done that unless we had built this value proposition around where the product comes from. It’s clean, lean and South Australian. We have arguably the best raw fish in the world in Spencer Gulf Hiramasa kingfish.”

The company has also invested in new freezing technology – a move that David says has been incredibly strategic, though the story behind this decision is serendipitous. He was in Venice visiting the company’s largest European customer. Their CEO took him out for lunch in a little village just outside Venice, where he had a restaurant to showcase the seafood they distributed.

“They served us a plate of seafood, and I was there with a couple of my experienced seafood colleagues,” David recalls. “I was new at the job. He asked us if we were enjoying the seafood and if we could smell the freshness. We could, and he explained that they had frozen that seafood two years earlier and defrosted it overnight for our lunch. We couldn’t believe it. We discovered he was using a liquid nitrogen freezing technology that had not previously been widely used in seafood.”

“I’m not a scientist,” David says. “I’m an economist, and I’ve spent a lot of time in sales and marketing. I know, however, that when you freeze a product, the speed at which you move from the ambient temperature of the product to the freezing point is the key to the success and quality of the freezing.”

The Liquid Nitrogen freezing technology does this freezing 10 times faster than conventional freezing. 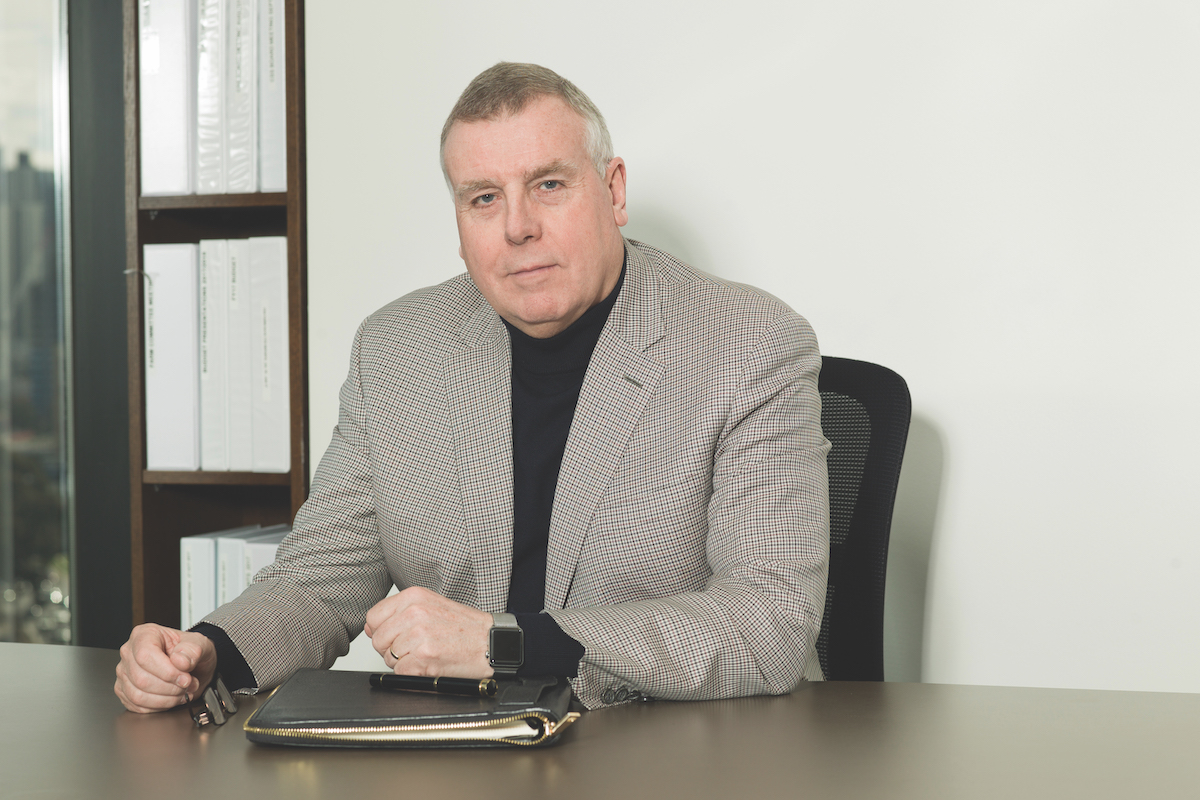 During David’s tenure with Clean Seas, the company has replaced its entire executive team. “We also have a terrifically skilled, balanced Board,” he says. “We have gender diversity for the first time with some very talented women. They are people from a range of industries but they have deep aquaculture and seafood experience as well.”

Clean Seas holds an 88% share of the Australian market, predominantly with fresh product. In Europe, it holds 45% of the market, with around 60% fresh product.

Meanwhile, in other large markets, such as North America which is 10 times the size of the Australian market and where kingfish is sold at 76% frozen, the company holds less than 1% market share.

“When looking at our investment and development of SensoryFresh, with high-quality packaging we believe we’re well-served to be able to tap into the North American market,” David explains.

“We are well-positioned to capture the growth that we’re targeting.”

In Asia, which is primarily driven by China, the market is growing at 30% each year and Clean Seas has just 6% of that market, which is almost 80% frozen. “By tapping into this market, we are setting up the vision that we’ve created based on the detailed market analysis we’ve done, and we believe it shows that we are well-positioned to capture the growth that we’re targeting,” David says.

The company’s target is to build the business by 50% in the next three years. “We’re going to do that by continuing to invest in people around the world,” David explains.

“We’ve hired many new senior sales and marketing people in the past year in North America, Europe, Australia and Asia. We sell through fish distributors or fish wholesalers. We represent the most expensive fish they’re generally going to be selling, and not because we’re inefficient or greedy. It’s because the kingfish uses twice as much feed to grow a kilo of body weight than other fish like salmon or barramundi.

“We’ve typically funded our capital expenditure as a business through debt finance and asset finance, and we’re happy to keep doing that,” he adds. “Our vision is that by 4,000 tons, we’ll be generating sufficient operating cash flows to fund the future growth of the business including the cash required to fund future growth of our live fish biomass.”

David travels around the world presenting the company’s story and this vision. “I like to tell the story. It’s important to be able to frame and articulate our vision for people and show the results we have achieved so far. Anyone can go out and tell a story, but we have a vision that we believe is rooted in reality.” 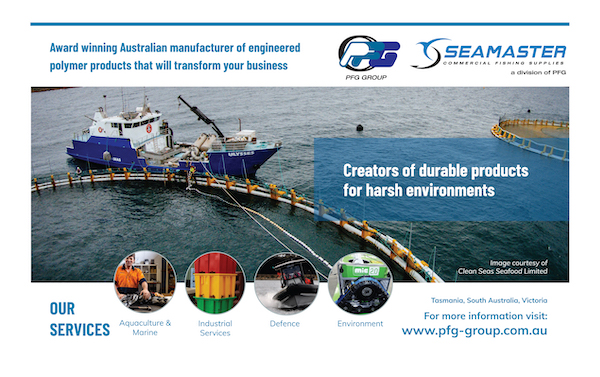 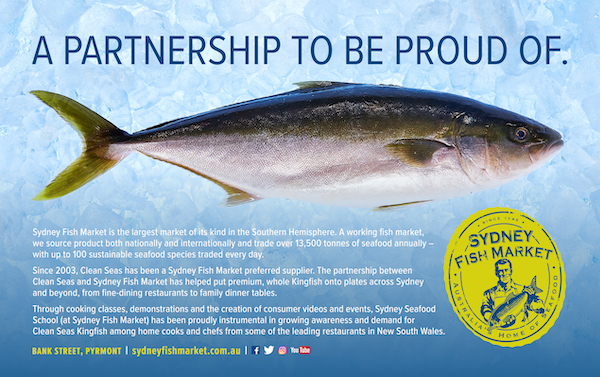