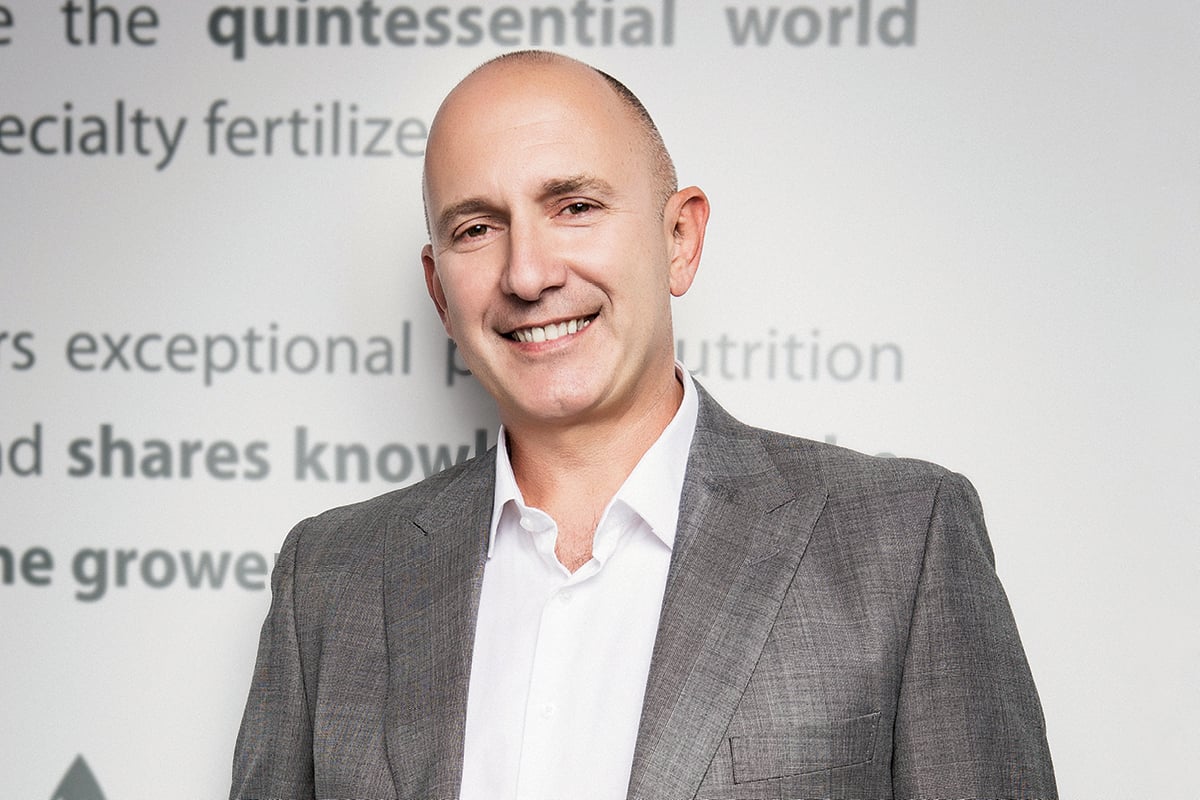 For Motti Levin plant nutrition is a daily preoccupation. As CEO of Haifa Group, a specialty fertilisers manufacturer, he has made a career out of feeding plants.

And never has plant nutrition been in more demand than today. “According to United Nations’ forecasts, global food consumption is expected to increase by about 70% by 2050,” Motti shares.

The pressure to feed the world is most certainly on and as the leader of a multinational company manufacturing specialty fertilisers that support crops in more than 100 countries worldwide, Motti definitely feels it.

To increase crop yield, Haifa Group takes a highly targeted approach, made possible by innovative research and development. “We use very sophisticated application methods. Instead of spreading fertiliser all over the field indiscriminately, we are able to direct the product to the roots or leaves of the plant,” he explains.

In fact, Haifa’s Control Release Fertilisers (CRF) make application so precise that they are only released in the exact amount needed by the plants at the right stage of growth. Nutrient requirements can vary between growth stages, so, by reducing the release of fertiliser during less demanding growth stages, wastage is reduced.

As a result, the fertilisers are always completely absorbed by the crops and do not leach into or pollute the soil. This application efficiency means that Haifa’s customers are able to enjoy higher yields while using 30 to 50% less nitrogen fertiliser.

“The global demand for food is growing … We have to find ways not only to increase yields but also to do it efficiently with zero tolerance for impacts on the environment.”

“The global demand for food is growing with the population. We have to find ways not only to increase yields but also to do it efficiently with zero tolerance for impacts on the environment,” Motti points out.

While it wouldn’t be unusual for a leading company to guard its secrets to success jealously, this is not Haifa’s way. “Sustainability starts with knowledge,” Motti proclaims. “And we invest a lot in knowledge sharing. We don’t consider this a revenue channel.

“We have published thousands of field trials and research on our website that is available to anyone for free. Whether you are a potato grower in South Africa or a capsicum grower in California, you can go to our website and find information that can help you.”

The company’s policy of transparency did not come easily. Just two years ago, municipality governments had forced the shutdown of Haifa’s ammonia tank in north Israel amid public concerns that the vats were health and environmental hazards. The tank, which held 12,000 tonnes of ammonia, was the largest in the country. “Ammonia is a major raw material in the production of nitrogen fertilisers,” Motti explains.

“Hundreds of Haifa’s workers lost their livelihoods, the company lost significant production capacity, and large chunks of our market nearly fell into the hands of our competitors.”

When Motti joined Haifa he led a massive reorganisation, including expanding production upstream. “As part of our five-year plan to double Haifa’s production capacity, the building of an ammonia plant is in progress.

Once completed, we will enjoy full independence of our ammonia supply. “To produce it in our factory, within our premises will mean we no longer have to face challenges in transporting and storing it,” he explains.

He adds that Haifa’s CRF plants in France and the US, also part of the 5 year plan, have already increased CRF production capacity by 50%.

Motti has almost three decades of experience working and managing at leading Israeli-based international companies, predominantly in the fertilisers, chemicals, and supply chain industries. But seeing the tangible difference that Haifa’s products make to farming will never get stale.

“I have seen 3,000-square-metre greenhouses full of lettuces and salad greens in Brazil and that’s quite a sight!” he exclaims. “I enjoy visiting growers and seeing how much Haifa has to offer the agronomists who work on a scale we did not dare imagine when we started making fertilisers.” 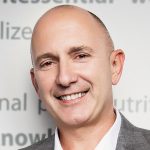