Pump it up: Ian Price 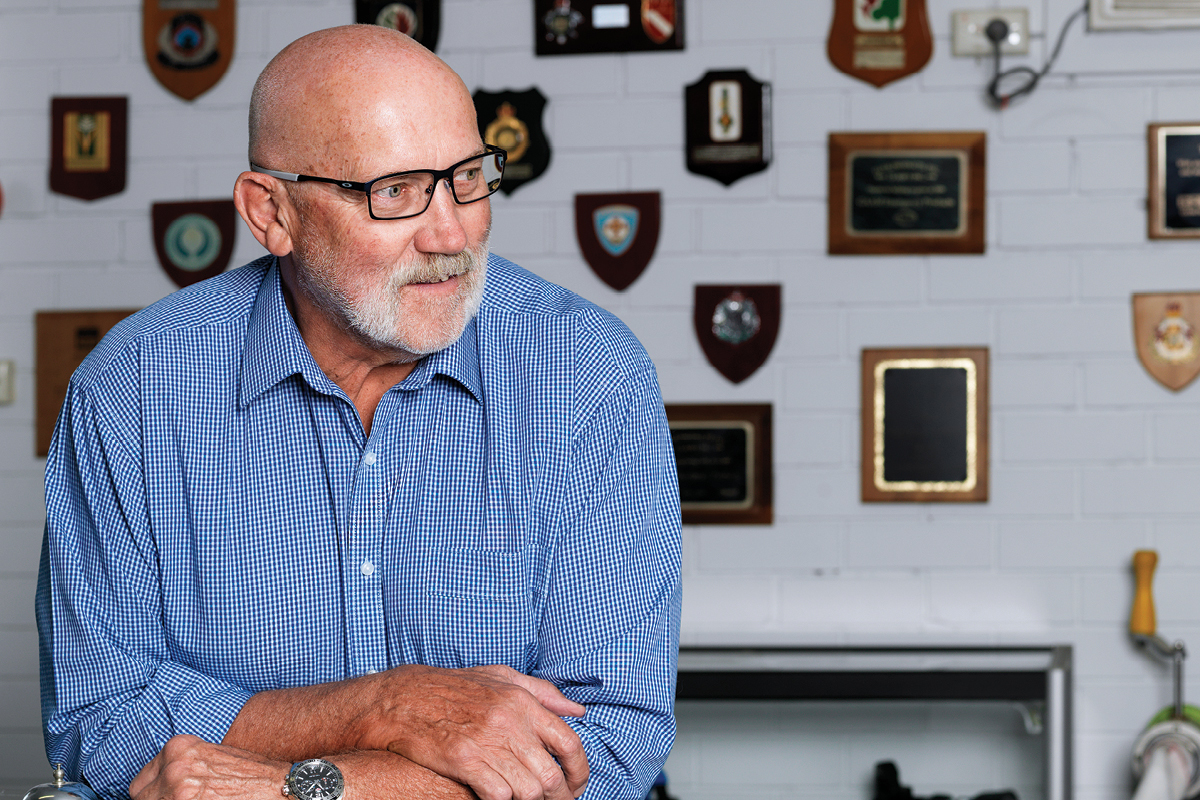 It’s impossible to overstate how synonymous Ian Price has become with GAAM Emergency Products. He joined the company in 1968 at the age of 16, telling The CEO Magazine that his desire to work for the business stemmed from an interest in firefighting machinery.

“It all just blew me away,” he says. “It was so impressive that when I was offered similar manufacturing work closer to where I lived, I turned it down. I really didn’t mind catching a bus and a train to go to work. I was just so fascinated by what GAAM was doing.”

More than 50 years later, it’s safe to say that the work still fascinates him in his role as GAAM’s Business Manager. Today, he oversees all the company’s products, including budgets and the production of goods for retail. It’s quite a career progression for Ian, who admits that things were a lot simpler for him when he started. “I mean, I was an apprentice,” he says.

“I worked with about a dozen other guys just doing manufacturing. I was working with the big machinery mostly and found at the end of the apprenticeship that, unlike some of the others I started with, the company wanted to keep me on. I guess I must’ve been good at something!”

Ian is modest when talking about his career and not interested in self-promotion. He prefers not to talk about numbers, statistics, mergers and acquisitions. Instead, he’s happy to speak about a lifetime of experiences, from helping firefighters with their equipment to the drudgery of having to go the post office to send a telegram early in his career. “I had to handwrite the telegram, too,” he exclaims.

In those early days, Ian spent much of his time organising demonstrations for the New South Wales Rural Fire Service. Of course, without any mass communication infrastructure, Ian had to sell his products face-to-face, travelling to far-flung corners of the state to advertise the latest in firefighting technology.

When he moved into management, he went to the UK to learn about some of the latest technological advances, including Godiva pumps. Soon, Ian was in Tasmania, South Australia and Queensland, performing demonstrations for the latest and best products. “We have always been about offering a service that is important to people, and I’ve been dedicated to doing it as best we can.”

“We have always been about offering a service that is important to people, and I’ve always been dedicated to doing it as best we can.”

It’s hard to argue with Ian’s dedication. In the immediate aftermath of the 2001 Christmas bushfires, he recalls the extraordinary effort that he and GAAM put into getting equipment to those who needed it. 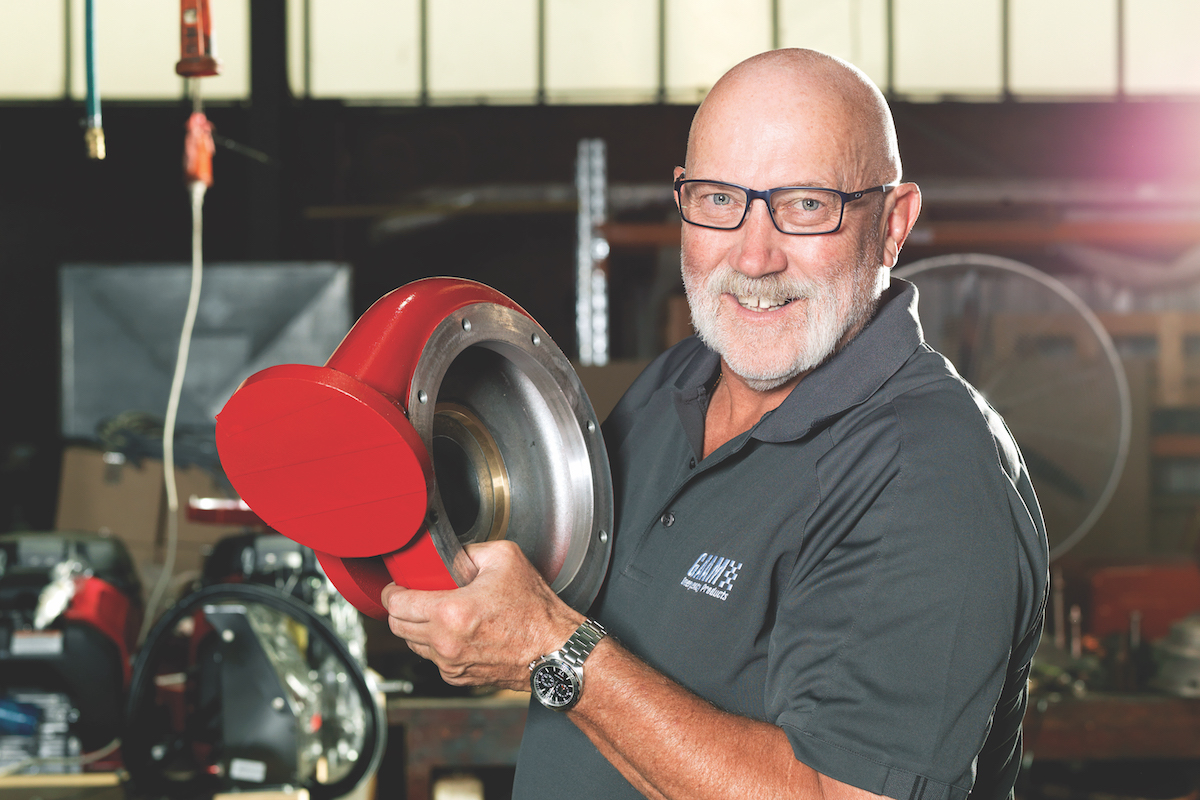 “It was right after 9/11, so the bureaucracy surrounding flight travel was a nightmare. I desperately needed to get some equipment into New South Wales, and I had to go to the airport, plead my case with Qantas. Credit to everyone involved, because they listened to me, flew the equipment in, and handed it to the police as soon as it landed. I mean, it was a lot of work for Christmas Day, but that’s just the nature of the job.”

The horrible impact that bushfires have on the environment is another aspect of his work that Ian finds quite startling. During the Black Saturday disaster in Victoria in 2009, the fires were estimated to have released 1,500 times the amount of energy of the atomic bomb used on Hiroshima in World War II. Having lived through the misery of that disaster, it’s a reality that’s always in the back of Ian’s mind.

“I remember standing in the water at Torquay, looking down and thinking things didn’t look good. The wind was blowing, and the ocean was getting rougher. My wife and I left as soon as we could so that we could arrange to send trucks and equipment to help. It went for four or five days, and it was awful knowing just how many people had lost their lives.

Regardless, this is what we had been doing since the 1980s; we knew what we needed to do, so we had the organisation ready and were all geared up for what was ahead of us. I guess in some sense, it’s good to know that we are prepared. If a devastating fire started burning right now, we’ve got the gear and the procedures ready.”

In the coming years, the most immediate challenge for emergency fire workers is the impact of environmental degradation; as global temperatures continue to rise and the earth becomes drier, wildfires are likely to become more devastating and widespread.

Having overseen innovations in the industry such as the implementation of diesel-powered pumps, Ian says compressed air foam systems (CAFS) will help firefighters prevent the severity of devastation that occurs. “It’s a system that saves water, and instead smothers the fire with air that travels through the line. I think it’s going to be the next big thing.” 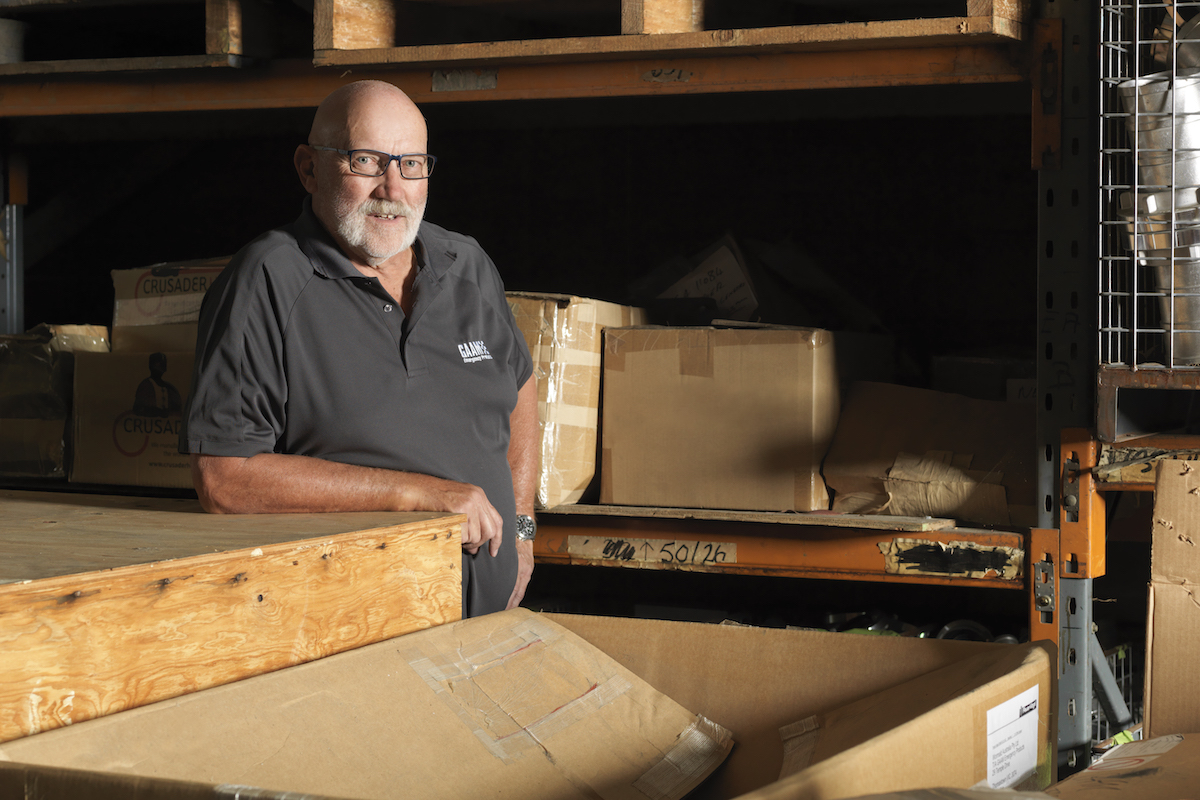 Ian is a leader who still loves to work with the nitty-gritty of new products. To this day, he attends trade shows regularly and works closely with partners such as Hatz Diesel Australia, Task Force Tips, Bullard, Paratech and Godiva Fire Pumps to create exciting and groundbreaking products, with the understanding that every little thing he learns can only be good for business.

Another thing that has proven good for business is having an excellent team in place. “How has GAAM had longevity in the industry? We look after our workers,” Ian says. “We don’t have people come and go, they all stay. Everyone’s happy.

“How has GAAM had longevity in the industry? We look after our workers. We don’t have people come and go, they all stay. Everyone’s happy.”

“There are only about a dozen of us in this business but we’ve all been here for quite a while. For example, there’s Billy, who runs the workshop – I have worked with him for almost 50 years now. I’ve also got great people in logistics, a spray painter, and an auto electrician, all of whom have worked with me for 25 years, as well as tradespeople for 10-plus years. When something major happens, I know they’re around.

Ian adds that his wife Christine has been a critical support throughout his career with GAAM. “She’s been involved most of the way through,” he shares. “Something like 40 out of the 50 years I’ve been with the company. I also have a son, Shaun, who started his career at GAAM as a salesman, so we have all been involved in the industry for many years. I’m truly passionate about this place, the industry, and the people I’ve met along the way.” 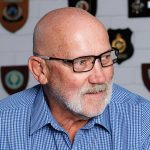