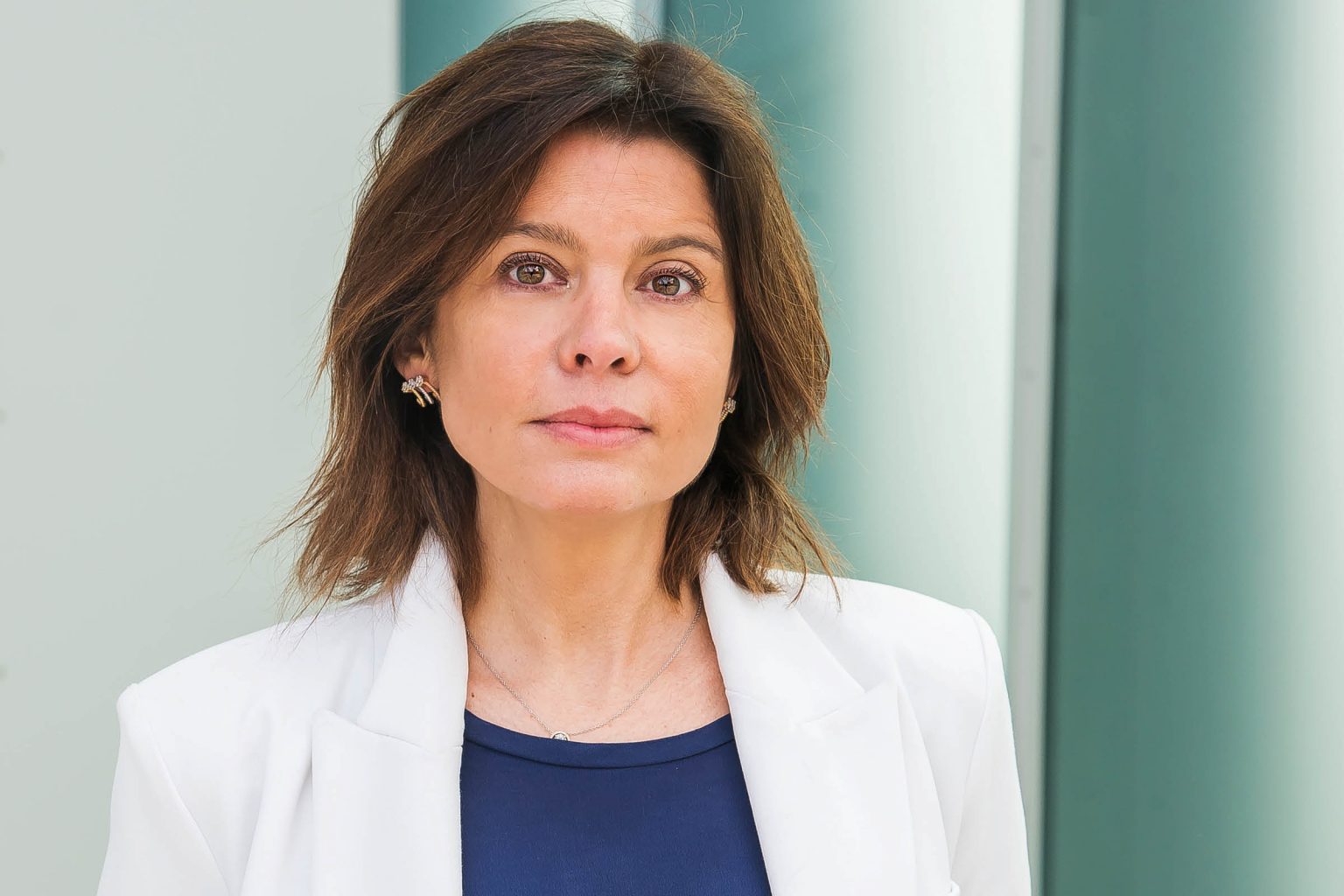 Across China, Unifrutti’s lemons are considered the gold standard in terms of quality. The South African company entered the market two decades ago and has worked hard to establish a strong reputation for its brand there. So it was a strange sort of compliment when counterfeiters in the country began producing fake Unifrutti lemons a few years ago. 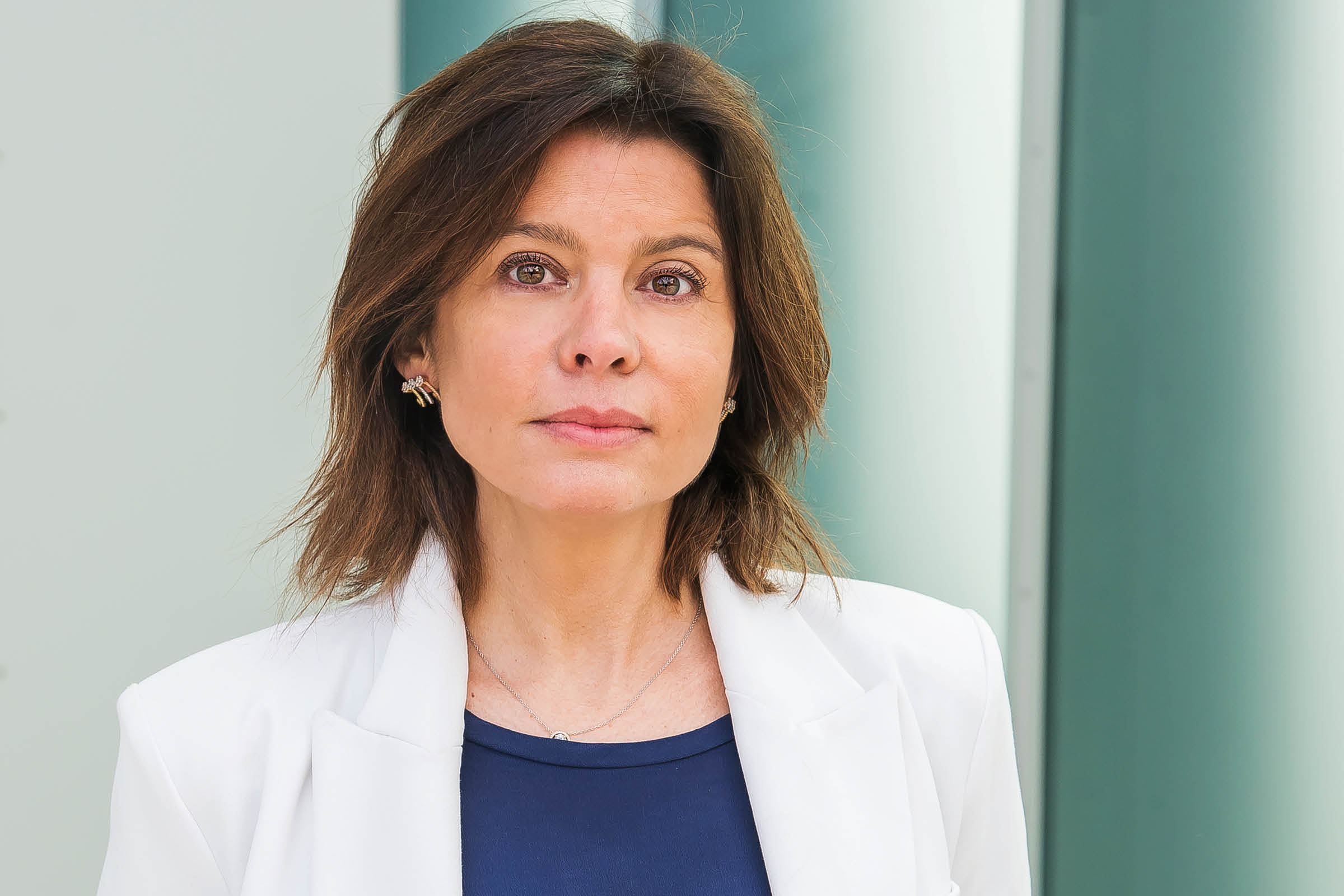 Prices of the citrus fruit were booming and thecounterfeiters knew that moving the product under the brand name of the multinational company would be lucrative. But it fought back. “Last year, we took a very strong stand against it. We basically stopped it at departure. It wasn’t easy because of the whole COVID-19 situation,” says Linda De Nadai, Unifrutti South Africa CEO.

“It’s strange because you wouldn’t think that people would want to fake a fruit brand. You’d think that they’d concentrate on other things,” she reflects. “But this just proves to me that the value add that we put in the brand is significant. So, in a way, it makes me proud to think that we are being imitated, but it does present an issue and we needed to stop it.”

It is this emphasis on excellence that sets the company apart from competitors. “We are known as the quality company. People within the industry identify the Unifrutti brand with the quality product,” Linda reveals.

In the South African market, another factor that distinguishes Unifrutti is its widely dispersed supply chain. “If I compare us to the average South African exporter, we have a very diversified geographic situation in terms of where we are sourcing the fruit in South Africa, which gives us a more extended sales capacity.”

The company also produces more than 50% of what it exports, giving it firm control over the availability of products and the volumes it ships. Dealing mostly or solely with third-party suppliers would create more uncertainty, as the company would have less of an idea about what is going on in the orchards.

We are very careful about what are the right nutrients to apply to the land without having any kind of health issues.

This is also an advantage globally, and another plus for the company at this level is that it has sister companies in the various markets, meaning it can adopt a more integrated sales approach to reach the end consumer.

The other 50% of Unifrutti South Africa’s suppliers are growers who are not part of the company’s shareholding or audit. “I would say that a good 80% of our external fruit suppliers have been with us for the past 20 years,” Linda says.

“Agriculture is about the long-term. We mostly use packaging companies, and there again we’ve been using and working with the same companies now for quite a few years.”

We are meeting the needs of even the most demanding consumers in terms of health and safety.

Many of the company’s suppliers are local growers, but where Unifrutti is not present geographically within South Africa – for instance, in the northern area of Tzaneen – it uses an external company called the Letaba Africa Realty Trust, which it has also been working with for many years. Having these long-term supplier relationships comes with numerous benefits. 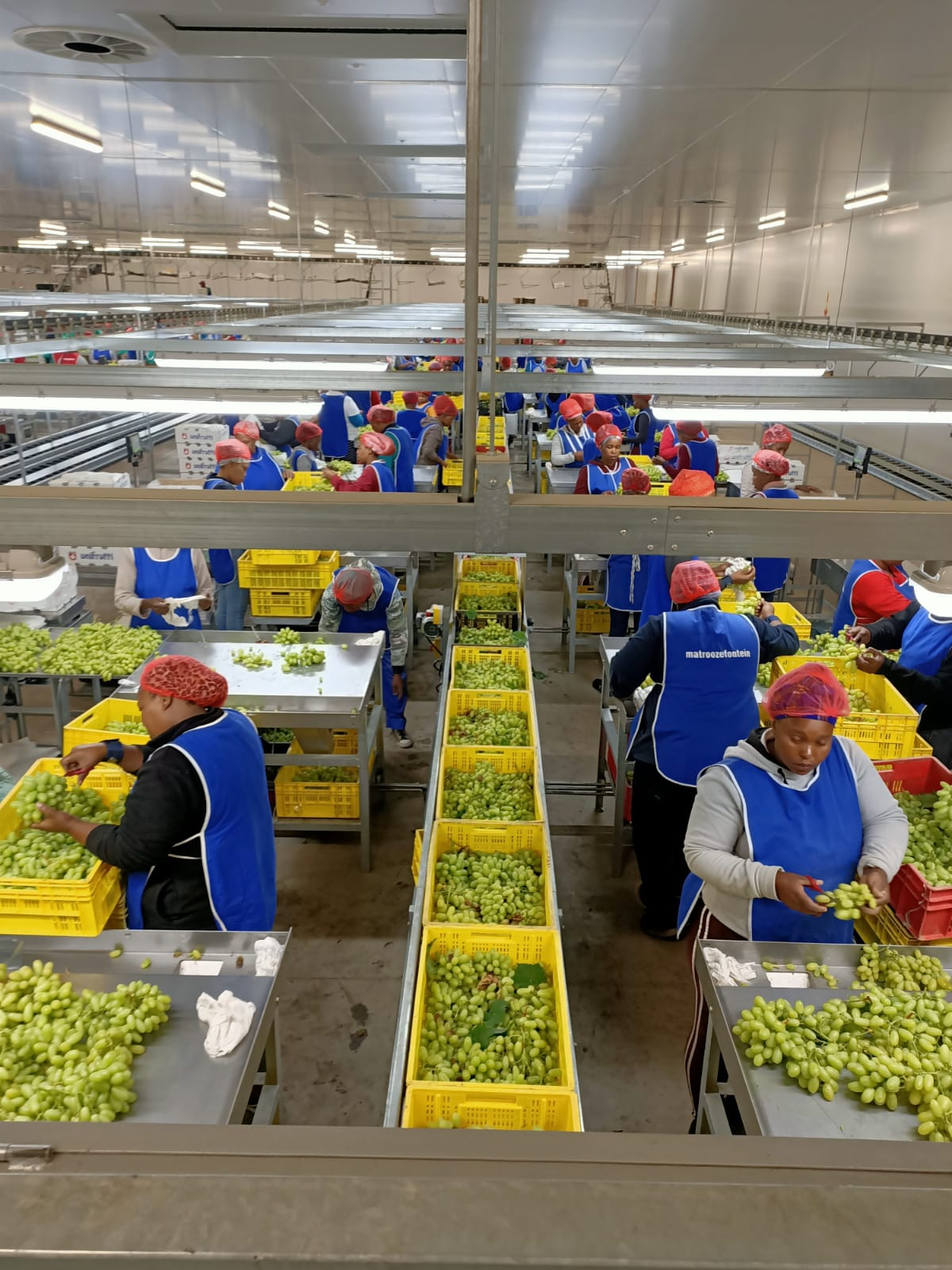 “It’s about having more certainty about what is going to happen in the years to come in terms of portfolio and volumes. It is also about working on the safety of the product,” Linda explains, adding that it allows Unifrutti to invest time in working with partners to tailor its production to changing market needs.

“That cannot happen in a one- or two-year process. It needs to be worked out and the strategy needs to be planned with the suppliers in order to work in certain markets.”

To maintain the quality of its outsourced products, Unifrutti has its own packaging and cold storage facilities in three areas across South Africa. This enables the company to package fruit for export itself and thereby impose quality controls.

The company also has its own agronomists and other experts who regularly visit growers throughout the growing process and work closely with them to ensure healthy and productive crops.

“We give a lot of advice and we have a good approach to advising the growers on what are the best fruit varieties to plant and which is the best approach to then get it into the right market,” Linda shares.

Such cooperation to ensure quality is especially key as consumers become more and more demanding, and more conscious of the provenance of the fruit they buy.

“The mainstream consumer has become very health conscious and when it comes to the product they buy, they are also wary of how it has been treated in terms of pesticides or fertilisers,” Linda says. 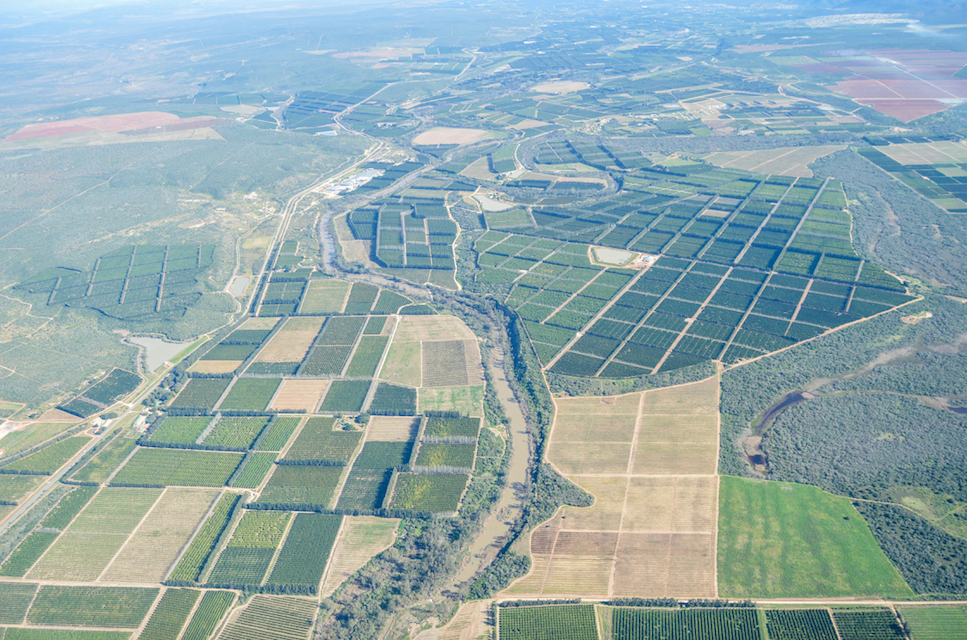 Unsurprisingly for a company with such a strong focus on quality, Unifrutti has made satisfying these demands a central part of its strategic vision.

We are not afraid of a crisis. We are a very lenient and elastic company when it comes to handling issues and moving quickly within a changing environment.

“We’ve become very controlling. We have a focus on getting our growers to use the right fertiliser and pesticide protocols so that we are meeting the needs of even the most demanding consumers in terms of health and safety,” she confirms.

Linda has been with Unifrutti for her entire professional life; she joined straight out of university in 1994. She has deep family ties to the company, with one of her ancestors being the founder and her father a former shareholder. She learned the ropes as a junior salesperson while also gaining technical knowledge about the company’s processes.

“Fruit is a very peculiar product to sell,” she admits. “You must love it, but you must also understand what happens in terms of its shelf life and evolution, and the way it travels. “I have no other professional experience outside the Unifrutti world. But within the Unifrutti world, I started from a commercial position. Then, slowly but surely, I started getting more involved in the agricultural parts in various parts of the world – in Chile and in Turkey.”

When Unifrutti started its investment in South Africa in 1998, Linda was involved in the marketing side of the business, helping to drive sales into the European market. Then, in 2015, she was appointed CEO of the company’s South Africa operations.

Since Linda took the lead, Unifrutti has undergone a shift from a more traditional model to focusing on a sustainable approach to agriculture. “We wanted to focus on trying to maximise the use of resources such as water and land. I would say that, since 2015, we’ve made a lot of progress on sustainability and healthy production,” Linda says proudly.

And while the company remains in the hands of a group of family businesses, since 2013 it has shifted toward a more corporate governance structure, where management is now independent from shareholders. 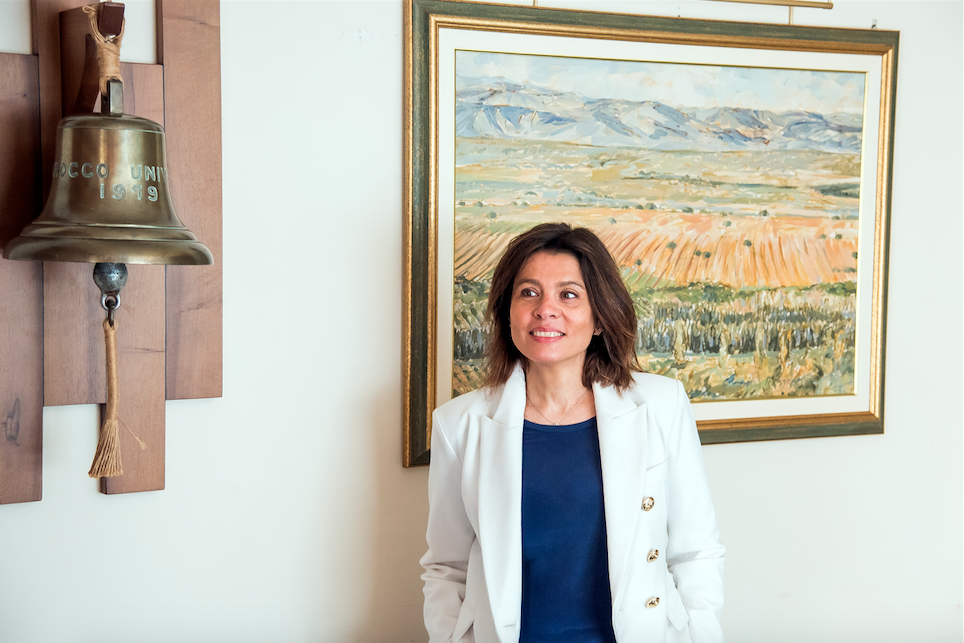 “I would suppose that’s due to a generational shift and the fact that many of the people who used to manage the group of companies are ageing and want to enjoy life more,” Linda suggests.

“I was lucky to start from the beginning and my responsibilities changed with time. I’m happy to still be here.” Under Linda’s leadership, Unifrutti South Africa has also invested in improving the diversity of its offerings while maintaining the level of quality the company had as a more traditional exporter.

“On the one hand, what we are producing now compared to what we used to produce is diversified in terms of the fruit we can offer to the consumer,” she says. 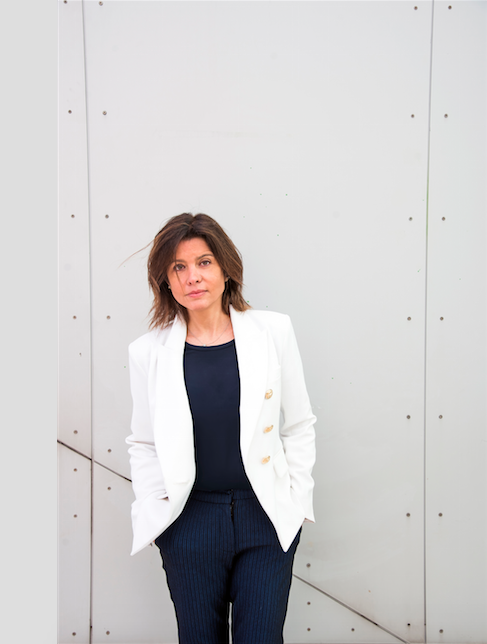 “On the other hand, we are still focused on the nutritional aspect of the fruit and try to supply the same kind of fruit with the least possible addition in terms of chemicals. We are very careful about what are the right nutrients to apply to the land without having any kind of health issues.”

Another feature of Unifrutti’s corporate make-up is resilience. At the start of the COVID-19 pandemic, the company suffered a hit as catering, restaurant and hotel businesses that bought its fruit saw business dry up. The company worked hard to make up those losses in food retail, which naturally did much better during lockdowns.

“I think the one thing that has always been important for us is that we are not afraid of a crisis,” Linda insists. “We are a very lenient and elastic company when it comes to handling issues and moving quickly within a changing environment.” 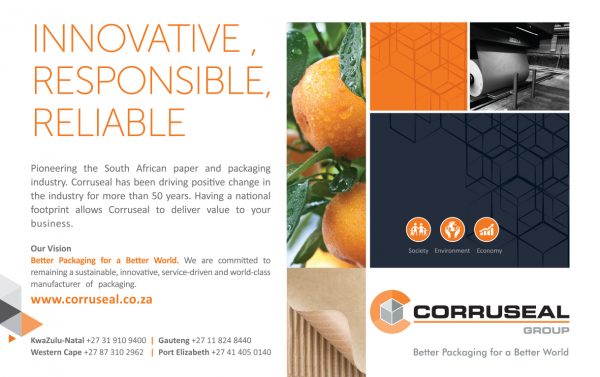 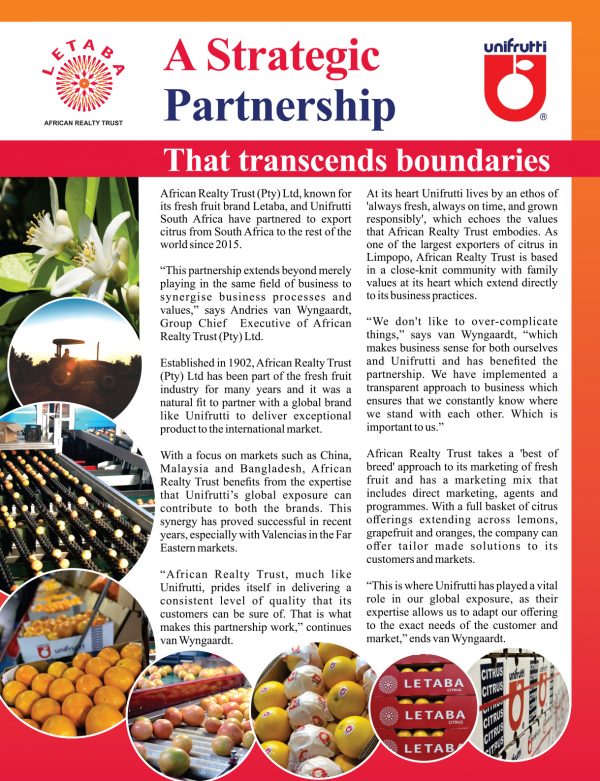