Moving with the Times: Nathan Wessling 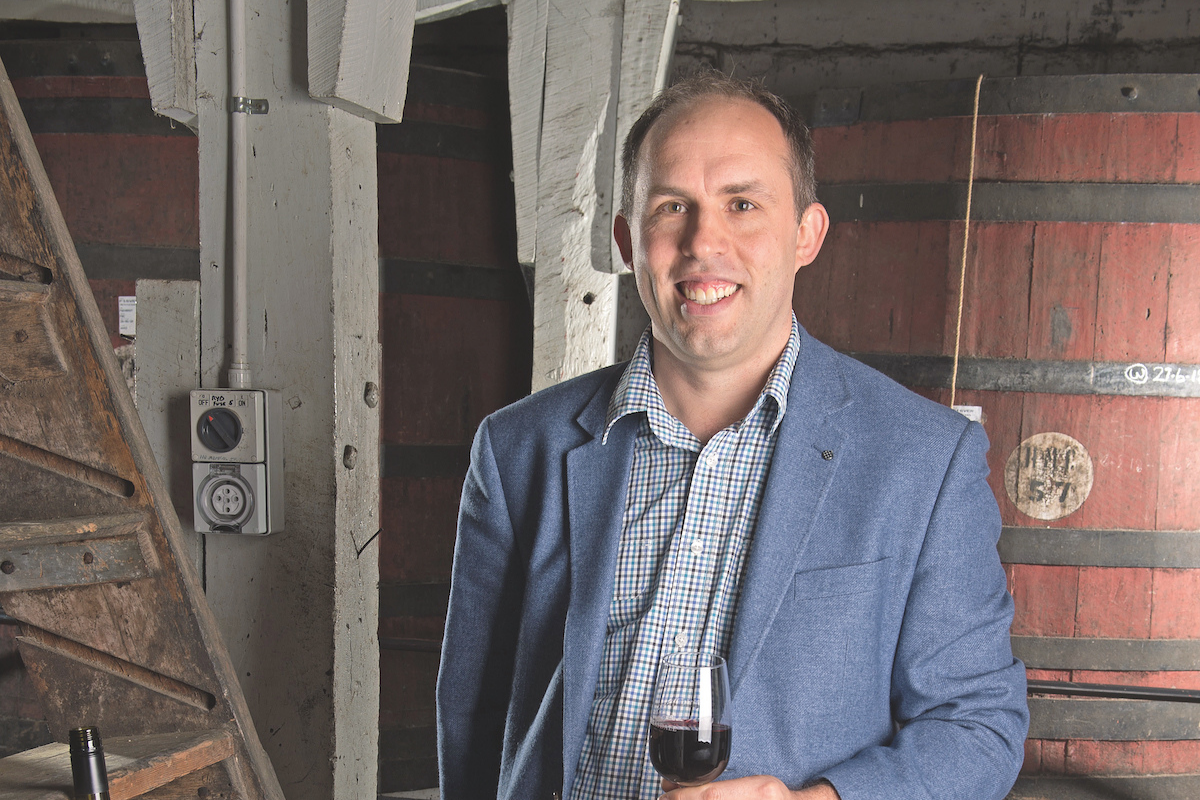 After spending no less than 100 years building a company and finding lasting success in as volatile an industry as agriculture, the least anyone might expect is a celebration of all that effort and a pat on the back for a job well done. But it was not meant to be for the people of AJ & PA McBride Ltd, who notched up their centenary in 2020 but had to put any notion of celebration on hold as the COVID-19 pandemic swept through the country, causing the lockdown of entire states, as well as a flurry of natural disasters that created further interruptions to top it all off.

For McBride’s CFO, Nathan Wessling, it was a disappointing turn of events during a tough period in agriculture. “2020 was meant to be a year of celebration for the company, commemorating our centenary year,” Nathan tells The CEO Magazine.

“Instead, the year began with a large bushfire on one of our properties, a prolonged drought in the northern pastoral zone of South Australia affecting half of our properties, and then COVID-19. The onset of the pandemic caused the price of wool to fall 30 per cent due to a reduction of demand in the Northern Hemisphere.

“We were also affected by border closures, particularly in relation to the availability of shearers. This is ongoing, but it has also spread to the availability of regional workers in general. Our Telopea Downs property straddles the SA and Victorian border and, even though on-property staff are free to transit between the blocks through the ‘border bubble’, we were unable to get the required exemption for shearers.

So we had the infuriating situation where a shearing shed was in SA and the shearers’ quarters were in Victoria, about four kilometres away, and they were unable to cross the border. Instead, they had to travel for an hour to stay in alternative accommodation. But, fortunately, our operations have been able to continue unabated during this time.”

AJ & PA McBride Ltd has a proud grazing and farming history, and is still owned by the McBride family. It was founded in 1920 by Albert James McBride and his son, Philip Albert Martin McBride, combining their Faraway Hill, Wooltana, Braemar, Teetulpa and Yardea properties. The company has since added land adjoining these properties, as well as the South Australian pastoral property, Yudnapinna, and Telopea Downs, in Victoria. 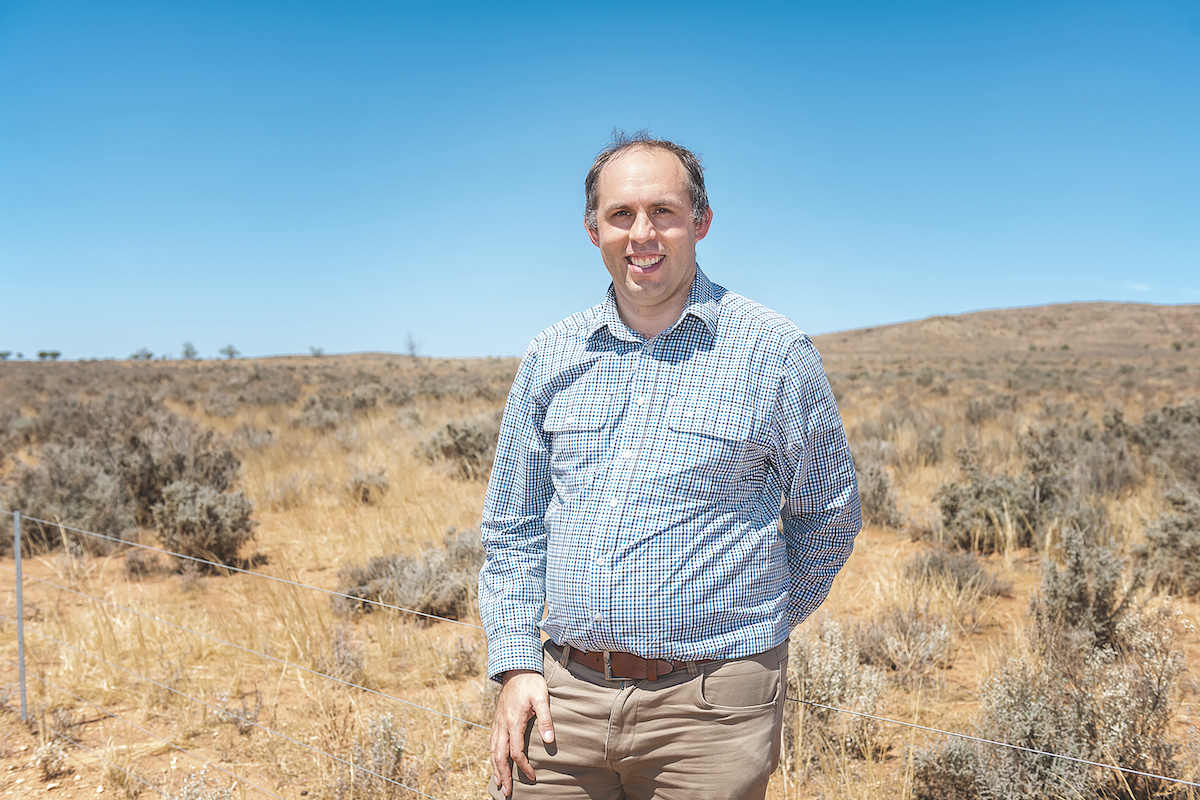 At the beginning of the 21st century, it diversified into other agricultural and viticultural interests – including the purchase of Faraway Vineyard in 2003 and, a decade later, the partial acquisition of Bleasdale Winery – but it is still primarily a wool producer. Nathan has been with McBride since his days at the University of Adelaide around the turn of the century, beginning as a casual undergraduate clerk and gradually working his way up through the company.

In late 2002, he was appointed the company’s accountant, then CFO and Company Secretary in 2009. “The wool industry was hit very hard by the collapse of the government-backed reserve price scheme in 1991, and when I joined the company in 2001, the industry was still in the recovery phase. The key opportunities identified were to improve individual farm performance and to unlock the value of the underlying land asset,” Nathan recalls.

“We have worked to establish a distinct strategic direction focused on agriculture. It is only due to this work that the board had the confidence to acquire the Telopea Downs aggregation. Telopea Downs is one of the largest properties in Victoria, which was purchased from Qatari-owned Hassad in 2018.”

We strive to have decentralised relationships between our individual properties and the businesses in our towns.

As a century-old, agriculturally focused family company, McBride is steeped in tradition, but tradition alone doesn’t put food on the table. The company has had to fine-tune its portfolio to overcome the hurdles thrown up by the vicissitudes of climate and the economy, and is progressive in its adoption of new products and farming techniques.

“As the saying goes, ‘What got us here will not get us there’, and high capital growth on rural property was not keeping pace with agricultural returns,” Nathan points out. “The main way we’ve overcome this is by participating in benchmarking with like-minded operators.”

Read All About It

A book, Faraway – 100 Years of Wool, was recently published to celebrate the long history of pioneering agricultural company AJ & PA McBride and the McBride family, and its significant contribution to Australia’s wool industry.

Innovation is increasingly important in agriculture’s efforts to achieve more with less. McBride is continually researching ways to improve the genetic traits of its animals to increase production and to create a more sustainable business.

It uses several app-based IT tools, and supports industry bodies as they research new ideas. The company has focused on the quality and genetic direction of its wool for decades now, and is known for its quality wool and meat products. With properties dotted throughout SA and Victoria, McBride is closely associated with many local communities that rely on the company for both employment and social connection.

It’s a role the company takes seriously. As a result, it has formed strong, long-term relationships with business partners such as ANZ, and its key merchandise and stock agents, Elders and Nutrien. “We have a strategic goal to be an employer of choice and a good corporate citizen, so we have been building our brand awareness in our local communities through the support of local businesses and community events,” Nathan says.

“We strive to have decentralised relationships between our individual properties and the businesses in our towns. The backbone of these relationships is open communication, trust and our mantra of strictly paying accounts by the due date.”

A family business culture is at the heart of McBride, and has been since the company’s inception, Nathan says. While there are no longer any family members involved in the day-to-day running of the organisation, its staff still think of themselves as a large family. “Although McBride is one of the largest wool producers in the country, we have a small administration team of six,” he says. 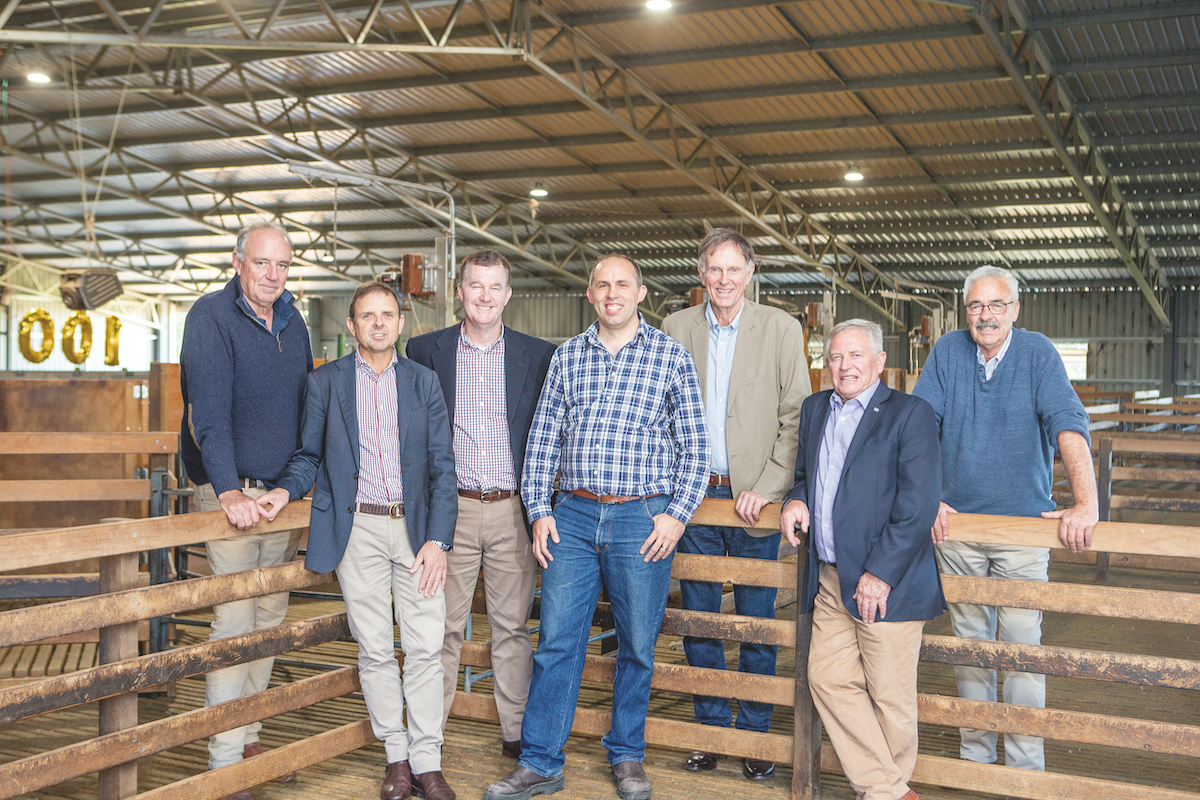 “What I love most is the variety of tasks that I need to coordinate. On any day, I might be discussing strategy with the board, providing an operational update to the family shareholders, meeting with business partners and approving payments.”

Nathan attributes his work ethic and grounding to a somewhat unlikely source of inspiration – one of his after-school jobs at McDonald’s Australia. It was there that early lessons in discipline and self-confidence were inculcated. He considers three major corporate changes at McBride as pivotal in the company’s ongoing success, and ones he takes pride in. The company used to have a December year end, which coincided with peak selling seasons, and about half the company’s revenue.

Shifting the year end to June enabled the board to evaluate company performance more accurately and, just as importantly, income is spread more evenly over the year. The company also implemented a new constitution, with a robust share trading post that enabled family members to transfer shares at a more commercial value than previously achieved.

They could also exit in an orderly fashion. Third, as agriculture naturally suffers from wildly variable prices and seasonal variability, a small commercial property portfolio was developed to meet the company’s growth objectives and smooth revenue streams through the year.

“Our culture is the heart of AJ & PA McBride, and always has been. We think of ourselves as a large family,” Nathan explains. Is Nathan going anywhere else? Not likely, he laughs, but the company is very well equipped with succession plans to accommodate the movement of employees and directors, such as the impending retirement of Operations Manager Lindsay Breeding.

Carefully planned succession strategies are key to smooth any transitions in management, especially for a 100-year-old company, with Nathan heeding some advice he heard many years ago. “My favourite piece of advice is a quote from Wesfarmers Chair Michael Chaney: ‘If I am doing my job well, I am completely replaceable.’

What I love about this is that the theory that a good manager produces a key person risk is turned on its head. Instead, I strive to be a ‘key person benefit’ – I want to put the company in the position that it can survive without me, but will thrive with me.” He needn’t worry. The evidence is in. 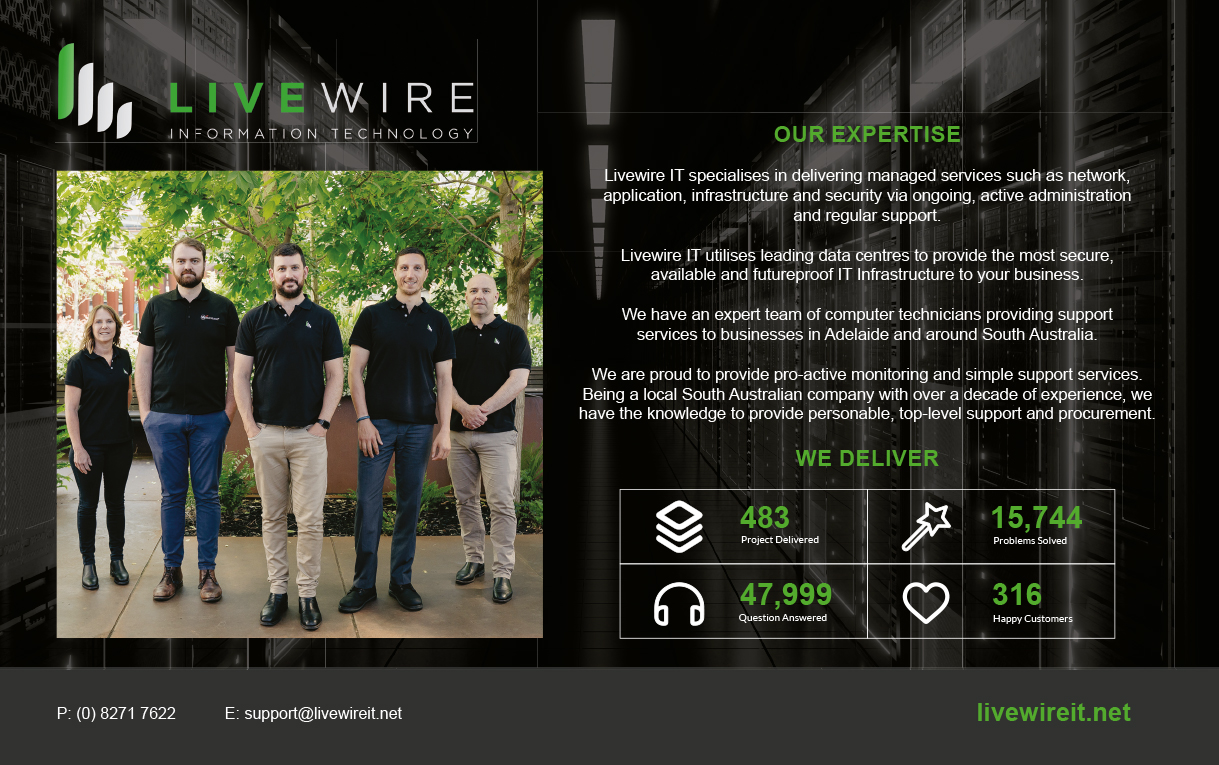 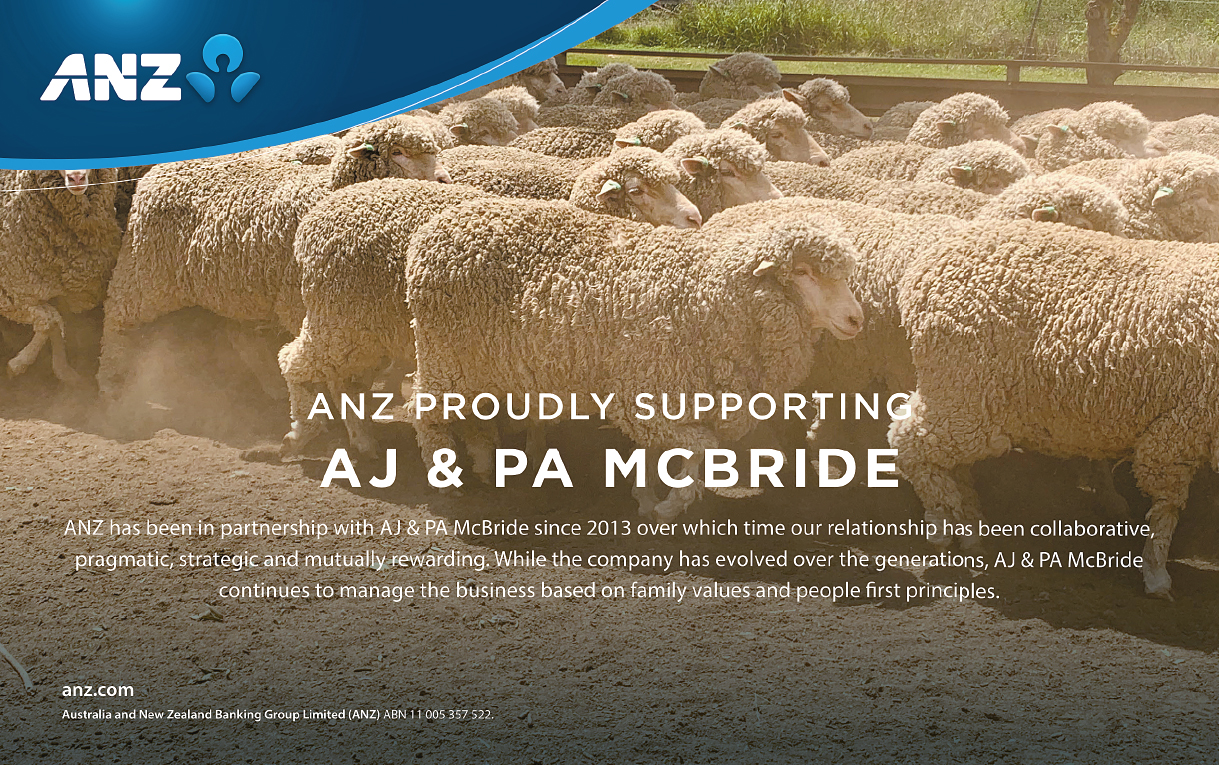 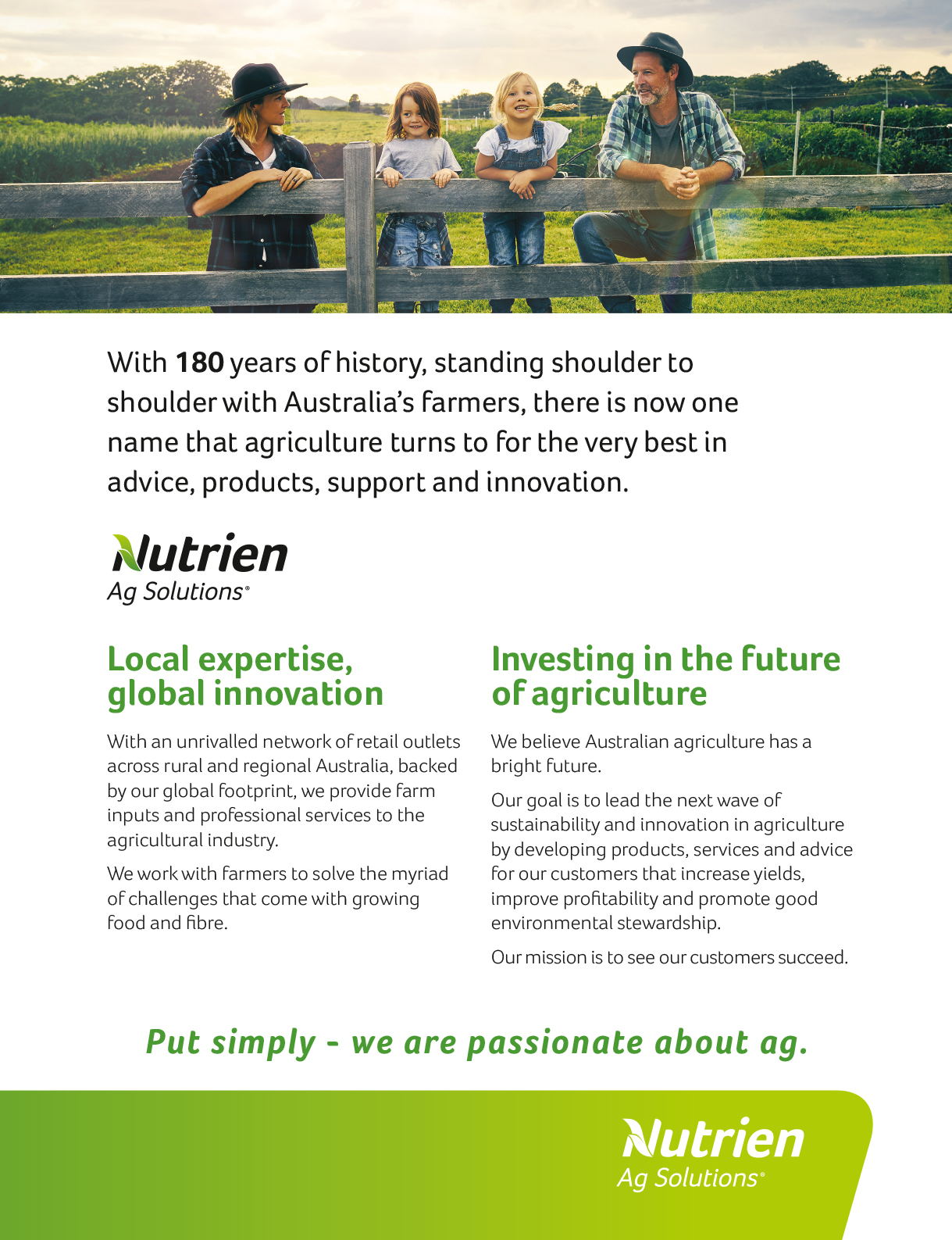