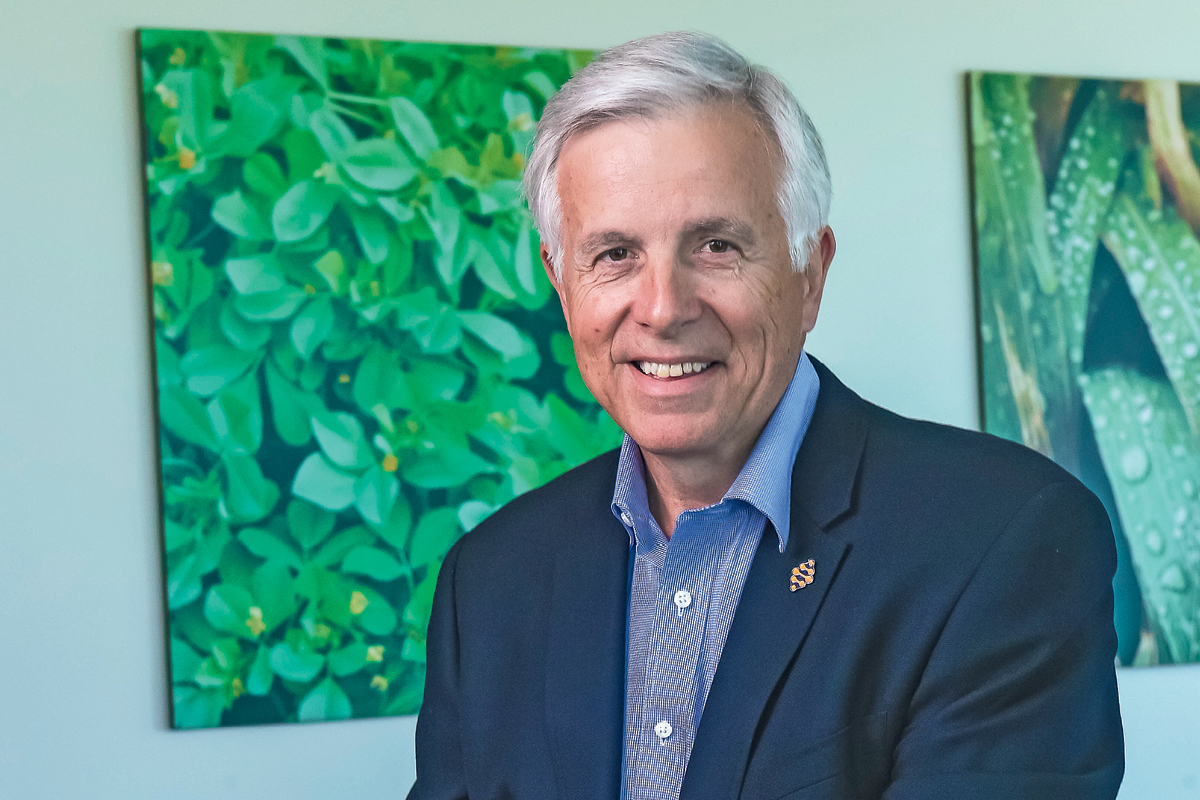 Rob Damin admits Pasture Genetics isn’t a company that someone on the street would be excited to hear about. As Co-Founder and General Manager, alongside his wife Ann who is the Managing Director, of an agribusiness specialising in the production and sale of seed varieties, he spends his time engaging with farmers and addressing the minutiae of their concerns with intensive research and development. His folksy manner belies the rigour of his work, however, and when he talks to The CEO Magazine, he’s deliberate and thorough in explaining the company’s processes, particularly when it comes to the latest seed variety it is currently working on.

“There’s an issue in the almond industry at the moment where farmers are trying to produce almonds in the winter,” he says. As part of the process, there’s a need for pollination, which means bees are being introduced to help stimulate the flowering process. “The trouble is that it’s cold in the middle of winter, and the » bees aren’t strong enough to get the job done. Generally, what you would find are trees flowering and bees building up their strength on the pollen, along with a slow rise in the pollination of the almond orchards.” Given the season and the conditions though, that just isn’t happening. So, Rob’s devised a solution.

Working with almond companies and the larger industry suppliers, Pasture Genetics has developed a flowering network for almonds. “What we do is take a beneficial seed variety that is already growing, and we start it flowering between the trees a few weeks before the trees start flowering. Then, when the bees arrive, they are strengthened by the pollen from the beneficial varieties we introduce, and when the other trees start flowering the bees will have built up the necessary strength to pollinate the almond trees.”

Now in the final phase of trialling, and scheduled for market release in 2020, this is just one way Rob has earned his reputation as an innovator. “When we are asked by people in the agriculture industry to address an issue, we will always look at it,” he says. “At Pasture Genetics, our research and development department will seriously address the issues.”

Rob is proud of being able to head up one of Australia’s largest producers and suppliers of seed, with more than 20 years spent pioneering the research and development of seed varieties. In conversation, he is engaging but careful not to skimp on details or oversimplify any of his company’s processes. Moreover, he’s passionate about the work.

Having been raised in Port Augusta, South Australia, he graduated from Roseworthy Agricultural College in 1985, and worked in various roles in the industry in the decade following. He and Ann’s decision to start Pasture Genetics was due to the passing of the Plant Breeder’s Rights Act of 1994, which accorded plant breeders in the private sector trademark rights on seed varieties, allowing private growers to invest meaningfully in the industry.

“Before that, someone who created a seed variety had no protection or rights,” he says. “Anyone could take it, multiply it, and claim it as their own.” Of course, when Australia was first colonised in the early 1900s, this proved valuable for a nascent agricultural industry. The issue now is that plant breeding necessitates investment, and where state governments once funded agriculture generously, Rob says there is little interest from government departments to do the same today. “With that legislation, it meant the private sector could own the seed varieties and invest in breeding. What we saw because of that was a proliferation and acceleration in the improvement in the development number of seed varieties available to Australian farmers.”

Sensing a business opportunity, Rob launched Pasture Genetics in 1997 as a three-person operation, breeding seed varieties specifically optimised for disease resistance, good yield and good feed conversion rates. With his knowledge in the industry and ability to work strategically with partners, the company has grown in the past two decades to encompass more than 30 staff members and the production of over 10,000 tonnes of premium seed per year. 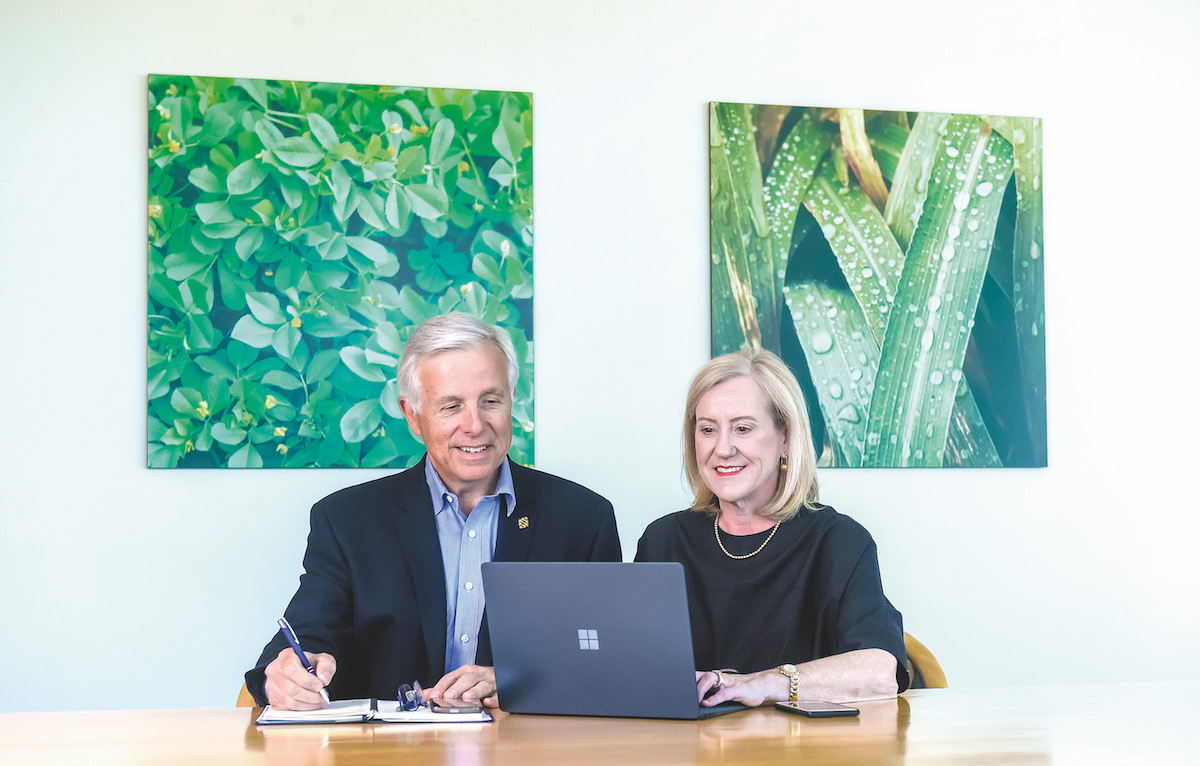 Working closely with almost 400 growers across the country, Pasture Genetics’ scale means it can respond quickly to the needs of farmers. For Rob, that’s integral to all his dealings, not least because Pasture Genetics is a close-knit, family business. Admittedly, he and Ann (who is the company’s Managing Director), didn’t plan for it to end up that way, but they’re thrilled that it did.

“What happened was our son, Tom, joined the technical services side of the company after graduation. He did his time and proved himself and, after five years, became head of technical support. He’s been with us now for 11 years. Eventually, our daughter, Lucy, who was with another company before Pasture Genetics for about three years, applied for the role of brand manager when it was vacated. She’s been with us now for about two and a half years.” However, there wasn’t much favouritism at play, Rob points out, with his children needing to prove their commitment and capability.

“When you look at our children, they’re both qualified and have the requisite skills. It just so happens that they wanted to come back and work for the company. Ann and I thought that might happen, honestly, and it’s been a nice evolution seeing my children become passionate about this business.”

Rob insists there’s no tension over how the business is conducted, and balks at any suggestion that working with family could be difficult. “We’re all professionals, and I expect the same discipline from a family member that I expect from any other staff member,” he says. “When we sit down and talk at our dining table on a Sunday, we’ll chat about the company. That’s a normal family dynamic. But when it comes to working in the roles we have in the business,
we keep it professional. We expect that discipline from each other. I think people dwell too much on the fact that family businesses might involve concessions and compromises, but it’s certainly not that way in our business because we have a basic sense of respect for one another.”

Perhaps it’s not so surprising that Pasture Genetics has become a family business, considering the warmth with which Rob talks about the company. He’s easygoing and prefers to maintain strong relationships with partners and employees, which he thinks is vital for Pasture Genetics’ strategic outlook. He mentions that, “corporate relationships are important for us, because we share a lot of information with other companies”, and it’s not hard to see why his demeanour would help. As a leader who prides himself on being one step ahead, he bemoans the unspecific way the term innovation is often used, and insists that “in scientific terms, innovation is a big concern, and we need to have established commercial relationships with companies to achieve it”. 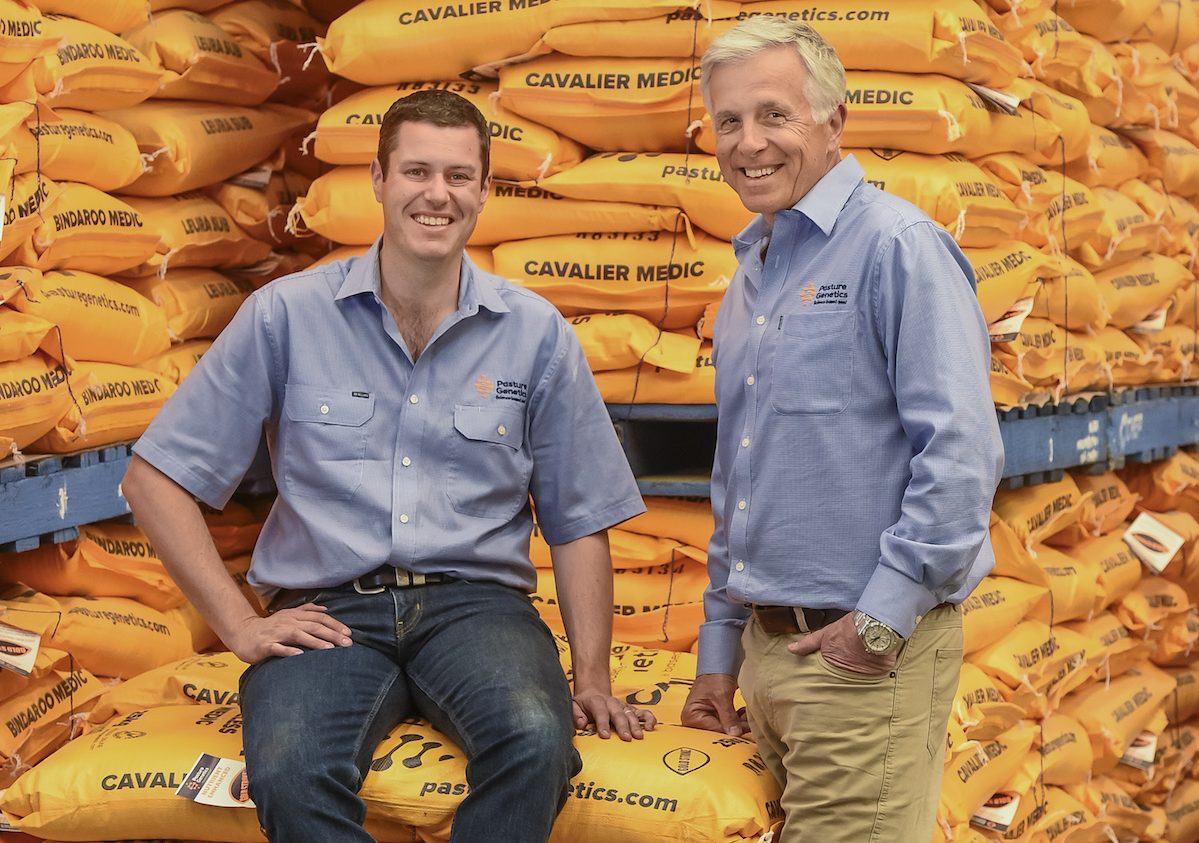 As an example, he mentions the company’s partnership with NewEdge Microbials, which helped Pasture Genetics in its early stages develop processes for the chemical manufacturing of seed production. “That partnership was essential because, as a seed company, we were looking for biological assistance in establishing the product, and we needed a specialised company that could help develop and evolve these products in the long-term for the benefit of farmers.”

Rob is also particularly proud of Pasture Genetics’ relationship with Graintech Engineering, which helped develop the extraction and biological hardware the company uses today. “Seed companies all around the world want this technology that we have developed,” he says, “and that’s not something we could have managed alone.”

Of course, as the founder of a company, it was necessary for him to be able to have such warm yet professional relationships. “I have 30 families who rely on me,” Rob says, “and I don’t want this to become a high turnover arrangement.” He acknowledges the challenge in retaining employees and cultivating long-term relationships, but he’s happy about the overall effect it has had on Pasture Genetics’ internal culture, noting that everyone who works in the team is “fantastic”. In hindsight, though, he admits with a laugh that “when starting a business, sometimes, ignorance of the unknown can be a good thing”.

When it comes to the time and money Rob has invested into Pasture Genetics over the past 21 years, he insists that were it not for his confidence in his vision, he would have never seen the company become what it is today. He’s clear about that point; “If you don’t have the passion,” he says, “then move out of the way. It’s time to let someone else have a go.” 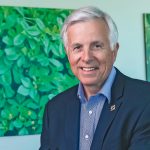