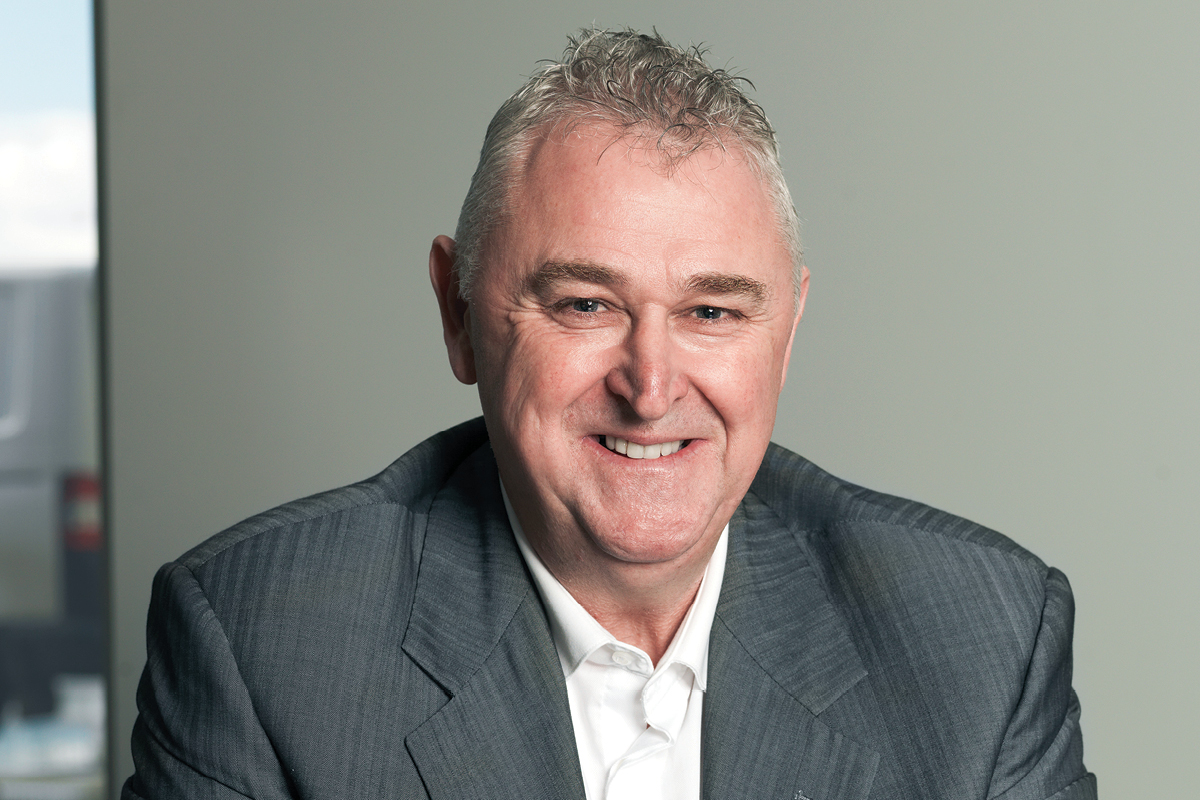 Rob Frew still remembers the battle he had with his father when he announced he wanted to enter the family business rather than further his education.

He was 17 and had already spent three years working on and off with the Frew Group. He wanted in, permanently, but his dad, Arch, had different ideas.“I wanted to work for Dad, he wanted me to get an education because he’d never had one,” Rob explains.

“I suppose in the end he just weakened. But the timing was good. It was 1981, Dad had just gone out on his own and I had just left school. It all sort of fell into place.

“So, yeah, not a lot of education, back in the 1960s, 1970s and 1980s. Most people who went into the industry had very little education. But in the meat industry, you learn fairly quickly what’s right and what’s wrong and what you should and shouldn’t do. It pays to be street smart.”

Perhaps the most intriguing aspect about Rob’s early ambitions is not that he got Arch over the line, but that the family business is not an industry most 17-year-olds would aspire to join, his two brothers included.

Frew runs an abattoir in Stawell, about 230 kilometres north-west of Melbourne. It’s a wholesaler of lamb meat sourced directly from farm and saleyards and supplied to domestic supermarkets and around 100 overseas countries.

“I wanted to work for Dad, he wanted me to get an education because he never had one.”

“I suppose I was always interested in the business,” Rob reflects. “It’s a hard industry, but not boring. It changes every week, there was always something to do. You have to ride the ups and downs, and we’ve had plenty of those.

“But it’s not something you can just do. People who get into the meat industry have got to like the industry. You’ve either got to have a rural background, which I didn’t have, nor did my father, or at least a good understanding of it.”

Arch Frew’s understanding of farming grew from age 14 when he hopped on a horse to become a livestock drover. In 1981, he launched A&F Frew and Sons, renaming it Frew Group a few years later when it expanded into different processing facilities.

Rob was the only son interested in the business and often helped his father out during his school holidays. Grisly jobs and all.“A&F was named after Arch and Flora, my mum,” Rob says.

“I just followed in Dad’s footsteps. If he asked me to do something I’d go and do it. I’d help load the trucks, or work in the runner room, which was pretty much as low as you can get, stripping guts, or opening up lambs’ heads.

“I had a very good working relationship with him, we were good mates and he was a good father right up until he died in 1999 at the age of 64.” When Rob joined the company, he was one of six staff. Today, the Stawell plant is the largest employer in the district, with around 500 people.

Lambs are sourced from weekly markets throughout Victoria, South Australia and southern New South Wales, and directly from farmers or livestock agents.

Around 6,000 lambs, sheep and goats are processed daily, with lamb comprising 80% of business, mutton 19% and goat 1%. Half of the meat is sold domestically with the other 50% is exported overseas.

Frew is Halal accredited, eliminating the need to export live animals to the Middle East. “We’ve exported since 2011 and have never done live exports and we never will,” Rob says.

“We export chilled, vacuum-packed or frozen. We also export lambskin, which is a much softer and more pliable leather than cowhide.”

Frew supplies lamb to Woolworths and Aldi, preparing individual products, including racks, shanks or roasts at the plant, ready to go directly onto the shelves.

“We do all their weighing, pricing, labelling and packaging; then it’s picked up from the plant, delivered to distribution centres and sent out to stores. This is a big step from sending out in carcass format to the butcher. Our clients used to be 95% butchers and 5% supermarkets, but now we’re basically 100% supermarkets and exports.”

One of the biggest challenges facing Frew is finding enough local workers. Gone are the days of joining as a teenager like Rob; younger people in the community are opting for higher education or jobs in the city.

“A lot of the good young kids may come and work for a little while, get a bit of money, then head to Melbourne where there’s a lot more happening,” Rob says.

“We have people here who have worked for the company longer than I have and they’re obviously heading for retirement, if they haven’t retired already. But the good thing is that we’re not just an abattoir now, we do a lot of value-added and server processing. So we have more women working onsite, packaging products and handling the smaller, more technical jobs.”

The latest innovation Frew has implemented is a DEXA scan system that X-rays every carcass to determine meat to fat to bone ratio. The information is sent to farmers to give an insight into whether they are over- or under-feeding their stock.

Lambs are also fitted with electronic ear tags to track which farms they were born and raised on. “This is all assisted by Meat & Livestock Australia,” Rob says. “It’s great new technology and I think a lot of the young farmers will want to get involved with it. They’d be silly not to.

“Everyone’s got a good idea, and sometimes they’ll have more ideas than you. It always pays to listen to what everybody’s got to say, regardless of the area of business. I just try and empower people who make suggestions and let them run with them.” 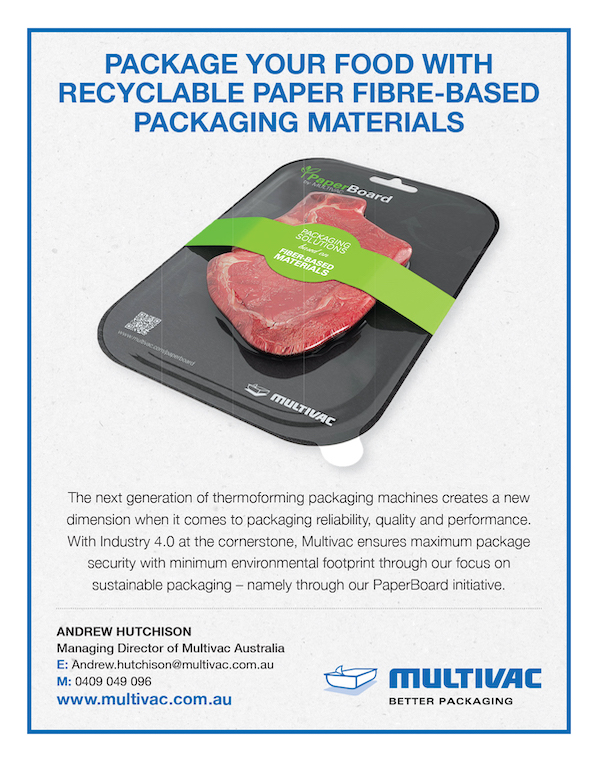 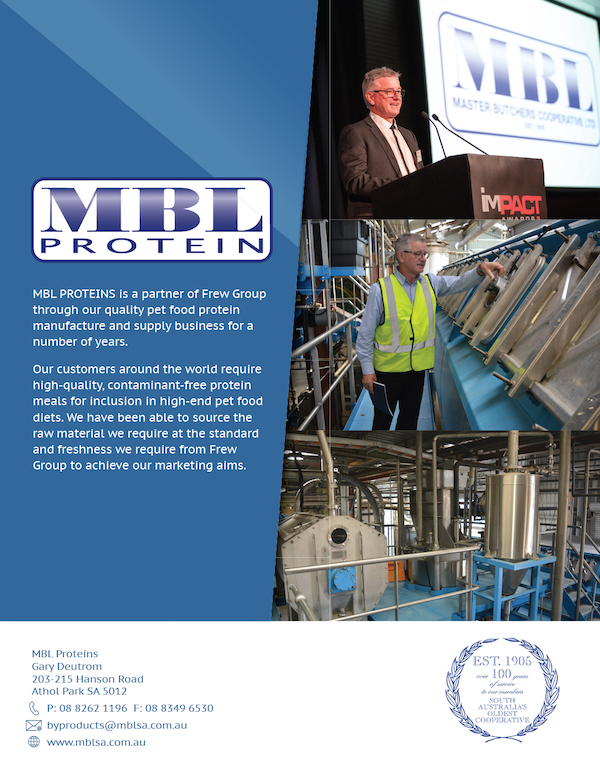