Although population projections have increased by around two billion, three years after The CEO Magazine first spoke to Thierry Blandinières, he is still grappling with the same question. “The main equation we are working to solve is how to feed 10 billion people within 20 years, all while preserving the planet,” the CEO of French agricultural cooperative InVivo Group (InVivo) says. 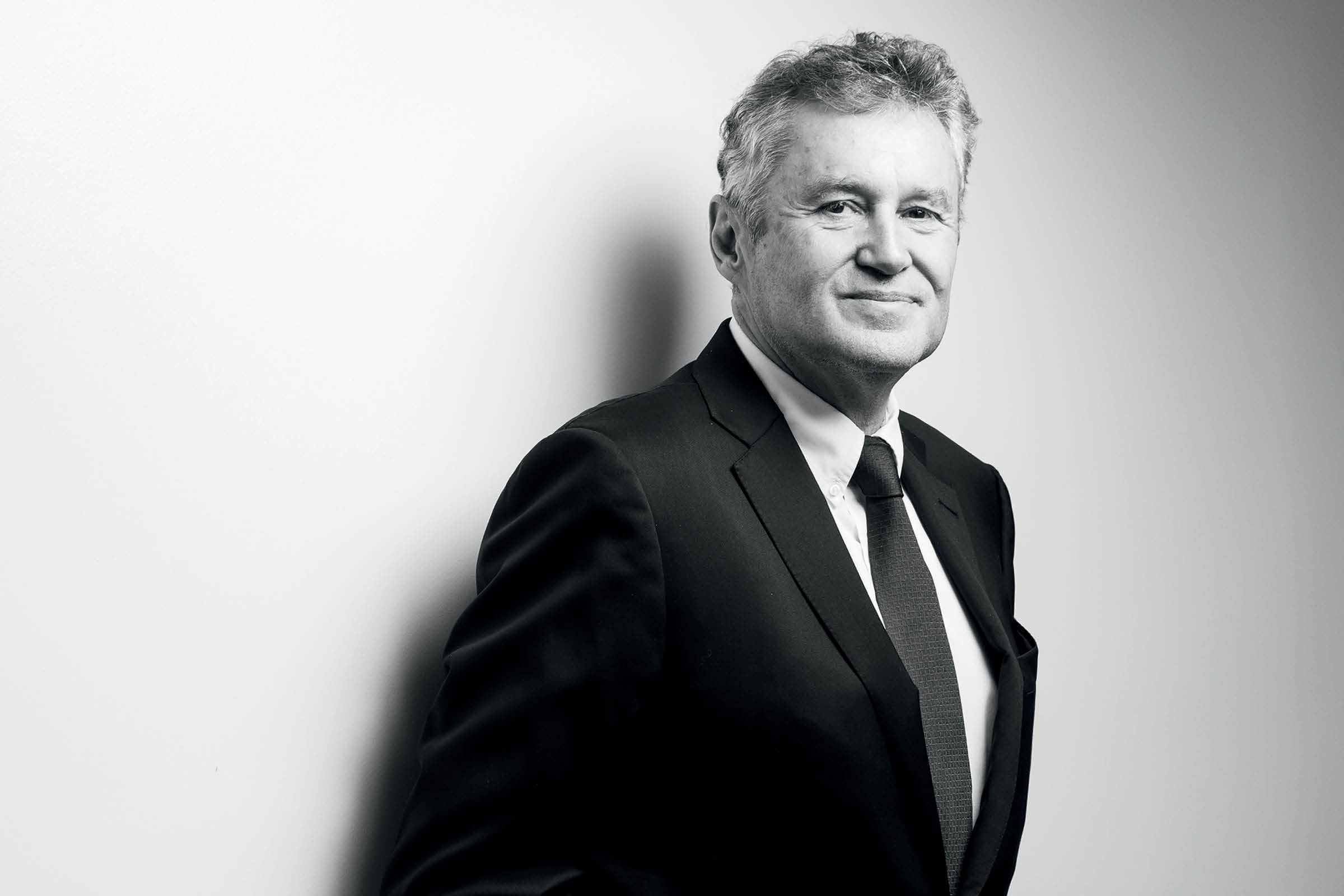 Other factors have also been thrown into the mix. “New consumer demands, such as better food quality, transparency in the value chain and sustainable developments have to also be taken into account,” he continues.

Combined, this presents not only the main challenge his Paris-headquartered organisation has to meet, he says, but the food and agriculture industry as a whole.

The streamlined business, Thierry says, has a renewed focus – and cash to invest as it continues to pursue its 10-year project of global expansion known as ‘2025 by InVivo’. “It has been a real change for us,” he admits.

“But if we want to be the global leader in certain sectors, we need to have more financial resources.” Founded in 2001 as a result of a merger between two leading French agricultural cooperative unions, today the InVivo Group unites over 200 member cooperatives, represents over 300,000 farmers and has a presence in over 30 countries.

At its core is a quest to see French agriculture take what the company calls its “rightful place in the global food value chain, in respect of the planet and the human population”.

“Our strategy is based around finding new solutions for our farmers so they can increase both quality and volume using fewer inputs such as chemicals, crop protection, fertilisers and water,” Thierry explains.

“We are investing in what we call precision farming, or the development of new technologies and biocontrol solutions that add value to global food chains.” The idea is to create a circular economy that increases both farmer revenue and meets new consumer expectations.

In order to achieve this, two ingredients are key: sustainability and technological innovation. The former, he says, is the cornerstone of its strategy. “If we want to increase both quality and quantity of production, it’s essential to have a strong platform in sustainability,” he acknowledges.

“From this base, we can build up resilient business models for agriculture in France and beyond.” And his industry can step up and play its part in the search for a solution to global warming.

“The InVivo vision is to drive change through the promotion of clean label products and smart farming,” he continues. To accompany these initiatives, investments have been made in technology such as drones, sensors and satellite farming systems.

A series of programs has also been launched, including InVivo Food&Tech, its food and beverage innovation laboratory focused on providing a technological platform that supports efforts to improve nutrition and promote locally sourced produce.

In 2018, the group also inaugurated the InVivo Digital Factory, a bricks-and-mortar initiative designed to accelerate the digital transformation within its own network.

One of the first projects has recently launched, an online platform called Aladin.farm for cooperative members to source goods and services.

Currently only available in the local French market, Thierry says that discussions are underway with partners to bring the platform to other countries in Europe, as well as Brazil, where the organisation has a “great footprint”.

To date, the South American country is where the group has seen the most success outside France, and many partnerships have been struck up in the Mato Grosso state in particular, a region he says has been the right place to develop agriculture and farming businesses.

“We try to create partnerships around the idea of new technologies and innovation,” he explains. 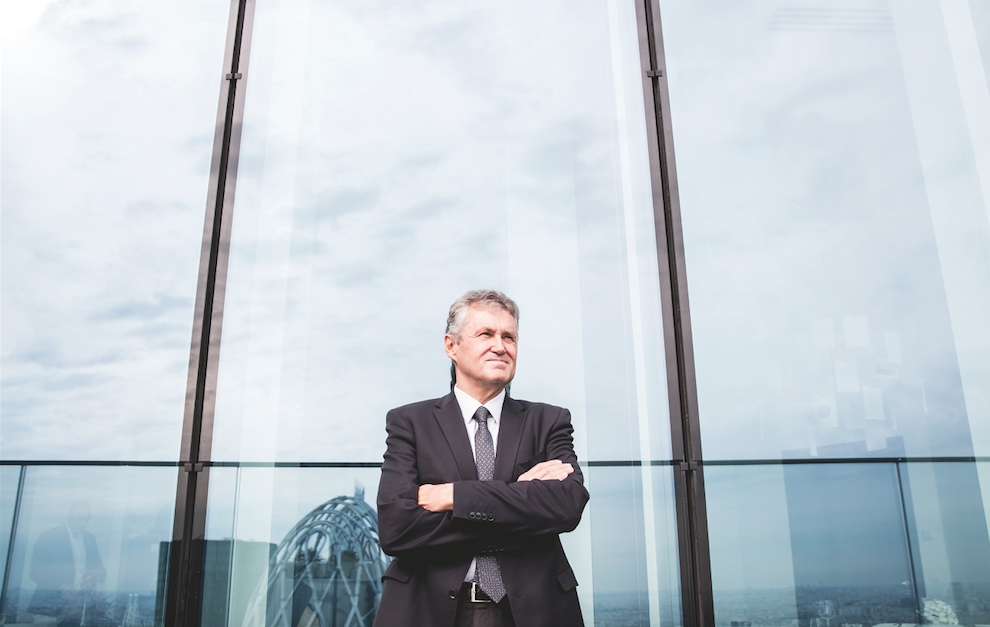 Beyond Brazil, Argentina has also been earmarked, as has Japan – a country where the Group already has a lot of contacts, including an existing partnership with ZEN-NOH, the Japanese Agricultural Cooperatives Group Whether discussing long-term relationships with suppliers, customers and employees, ‘sustainability’ and ‘digital innovation’ are the keywords that come to the fore.

Thierry explains that InVivo’s reputation in these two domains helps drive recruitment. “We are always looking for the best talent in the agriculture business and by being known as a leader for sustainability, we become more attractive to the new generation of employees,” he says.

When The CEO Magazine last spoke to Thierry in 2017, InVivo Wine was still a very new project. Three years later, Thierry says that the division is starting to mature nicely and today counts nine cooperatives, 3,600 winemakers and 25,000 hectares of vines. “We are doing very well now,” he says. “We have increased in size and reached €300 million in revenue.” Looking forward, he says further acquisitions in countries like the US and South Africa are on the horizon as it looks to become a global player in the wine business. “Our ambition is to double in size within five years.”

From a supplier perspective, the group’s strength in these two domains has a twofold effect. As well as being a pathway to discussions with potential new partners who share a passion for advancing Agriculture 4.0, this strategy serves to provoke important conversations within its existing network.

“It’s very important to talk with all our suppliers to ensure they have a better understanding of the long-term vision of French farming that we are promoting,” he says. It is also to encourage key suppliers to make changes themselves.

Our strategy is based around finding new solutions for our farmers so they can increase both quality and volume using fewer inputs such as chemicals, crop protection, fertilisers and water.

“We push them to invest in finding new solutions away from chemical ones, such as providing clean label products,” he continues. With each of its partnerships, the commitment is long-term, “because this is a long-term program in terms of our investment in innovation and new technologies”.

The good news, Thierry adds, is that he hasn’t struggled to identify like-minded partners. “All the big names in the ag-business have a similar mentality, so it isn’t difficult for InVivo to convince them,” he says.

“But now we need to push them to innovate as quickly as possible.” The clock is ticking – consumers have expectations and he emphasises that it’s more important than ever to collaborate with suppliers who understand the need to reshape the farming business, not only in France but Europe and Brazil as well.

Thierry has been in the role since 2013 and his enthusiasm for his industry and the transformation it can drive is still fresh.

“As CEO of InVivo, I have an incredible opportunity to be in the right place at the right time to promote new food businesses that address new consumer demands,” he enthuses.

“This is an opportunity to contribute to real change in the agriculture world and to optimise global food to address a market of 10 billion people on the planet within 20 years.”

Widely considered a ‘pillar of French agriculture’, Thierry is grateful for the challenge. “It’s a fantastic time for me to continue to work in this business.” 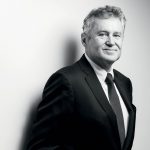