If the shoe fits: Daniel Rubin 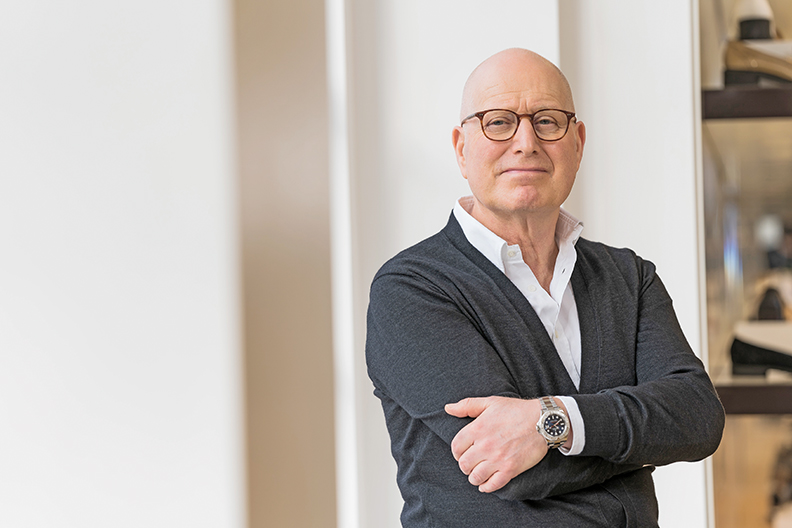 The fashion retailers of Dubai and Abu Dhabi exist on the fringe of the restless Rub’ al Khali Desert, where sand dunes rise and fall in perpetuity. Inside these stores, where brands and styles undulate in a similar way, another kind of Dune is on the rise – with no sign of slowing down.

“Our main international focus at the moment is the Middle East because there’s a lot of growth in countries like Saudi Arabia, where there are significant changes,” says Daniel Rubin, Founder and CEO of affordable luxury footwear and accessories brand Dune London. “We’ve got more stores now in the Middle East than we have in the UK.”

The Dune London story isn’t quite as old as the sands of the Empty Quarter, but it’s just as sprawling. Born into a long line of shoe manufacturers, Daniel brought the brand to life in 1992 after he noticed a gap in the market for well-made leather products.

“At the time, I was supplying a lot of retailers that have since disappeared from the high street and I felt there was a niche market for well-designed leather products that wasn’t being catered to. I decided to put my toe in the retail water.”

Although it began as a trial, it quickly proved successful. A loyal Oxford Street clientele and a growing desire to build his own brand drove Daniel’s focus further from import wholesale and into the arms of retail.

Our main focus at the moment is the Middle East because there’s a lot of growth in countries like Saudi Arabia, where there are significant changes.

“If you had a brand, you could control that,” he says. “As a footwear importer, I was ultimately putting customers’ brands on feet – I had no real control over the shoes. So the idea of developing a brand that I owned was a key factor, and having had the manufacturing and importing experience and that grounding in the industry, it enabled me to focus very strongly on the product, which I’ve always been very passionate about.”

Powered by Daniel’s ambition to become a global brand, Dune London now has more than 350 stores around the world and distributes in 30 countries. “But we want to grow that,” he reveals. 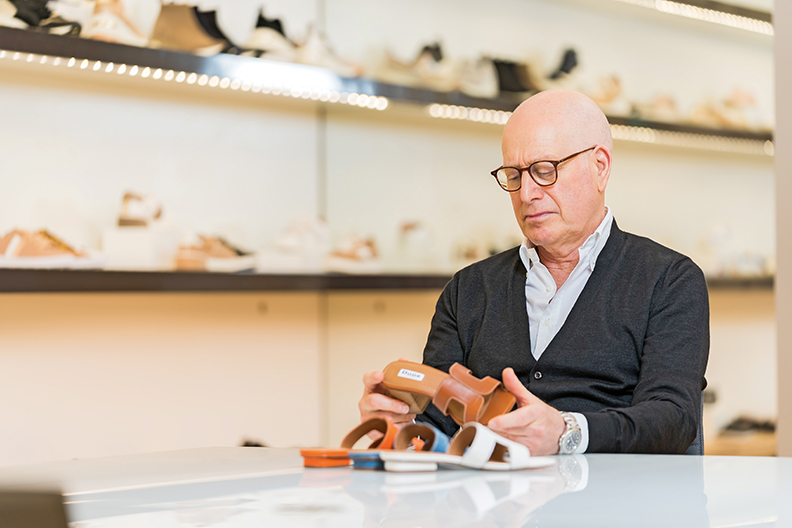 “International represents about 25% of our sales, and while it’s clearly been damaged by what’s happening with the coronavirus, we still see opportunities to grow internationally.”

Of late, those opportunities have appeared primarily in countries with hotter climates. In addition to the Middle East, Dune London has stores in key markets such as India and Malaysia, and recently opened in Australia.

“I think the advantage with Australia is it’s quite similar to the UK market,” Daniel explains. “Obviously it’s counter-seasonal and it’s going through a lot of pain with COVID-19, but we see an opportunity in Australia.” The pain of the COVID-19 pandemic is well known to the fashion industry, but Daniel says it’s also presented an opportunity to take stock of Dune London’s situation.

“There’s been a major shift towards ecommerce. A lot of people who didn’t buy online before did so during the lockdown,” he says. “At the moment, ecommerce represents around 20% of our sales, so we want to push that up and look at ways of growing.”

Market conditions impacted by lockdowns and social distancing have also forced a shift in the relationship between landlords and their retail tenants. Turnover-based rent has become an increasingly popular way to restructure leases, and while it’s a gamble for landlords, it’s often a lifesaver for retailers.

“So there’s a big opportunity for us to open stores selectively where we can negotiate a turnover rent with a break clause, which enables us to exit if it’s not working.” As the world continues to endure COVID-19’s effects, Daniel believes there’s an oasis in the desert.

“If they find a vaccine soon, 2021 will look much brighter. And between COVID-19 and Brexit, we’ve been hit by a lot of factors that have been outside of our control. But once there’s an element of normality and consistency in terms of economic management, we’ll be in a much stronger position.”

Design is absolutely essential in terms of differentiating our product from a very crowded high street, so we invest heavily in design.

The double whammy of COVID-19 and Brexit have caused many businesses to relinquish some degree of control, but Daniel suggests endurance depends on ensuring that the challenges within your control are wholeheartedly met.

“Businesses I know that have failed within this industry have largely lost the plot on product,” he says. “And you need that – you need the technology, the right team, the right marketing, but in the end, you do need the right product. Getting that product right is a never-ending challenge.”

When conditions begin to normalise, Dune London has that next product ready. Actor Gillian Anderson, who plays former UK Prime Minister Margaret Thatcher in the fourth season of Netflix sensation The Crown, is the face of the brand’s Autumn/Winter 2020 collection, which highlights the brand’s London heritage.

“While we may not necessarily invest in faces going forward, Gillian has had quite a lot of exposure recently thanks to her Netflix shows like The Crown and The Fall,” Daniel points out. “Building the brand in that way underpins growth in any other area.”

The collection is the result of the hard work of Dune London’s formidable design team, which has the challenge of walking the fine line between comfort and fashion. “If you get that combination right, then usually you have a successful product,” Daniel says. “Making shoes is a complicated process. Design is absolutely essential in terms of differentiating our product from a very crowded high street, so we invest heavily in design. One of the disadvantages of footwear is that lead times are long – you’re looking at four months between placing an order and getting product into shops – so at the same time, we’re trying to shorten that.”

To do so, Daniel and his team have worked closely with Dune London’s global family of long-time suppliers. The Trump administration’s trade war with China, which produces close to 55% of the world’s footwear, has caused many manufacturers to look elsewhere for supplies.

While Dune London still has sources in China, its products also come from India, Brazil, Europe and South-East Asia. “We communicate a lot, we visit them a lot and we give them a lot of challenging ideas to work on,” Daniel shares.

“And the advantage of having worked with them for a long time is that they understand what we’re looking for quite quickly because they’ve got a good understanding of the brand and what we require.”

After nearly 30 years in shoe manufacturing, the sands of time are inevitably catching up. Now 73, Daniel admits he often finds himself wondering why he’s still in the shoe business. “I’m a bit of a masochist,” he admits.

“I should be doing other things. Shoe retailing is a really tough business and you’ve got to be passionate about it. But I still really enjoy the work and there’s always something new happening – I think that’s incredibly exciting.” 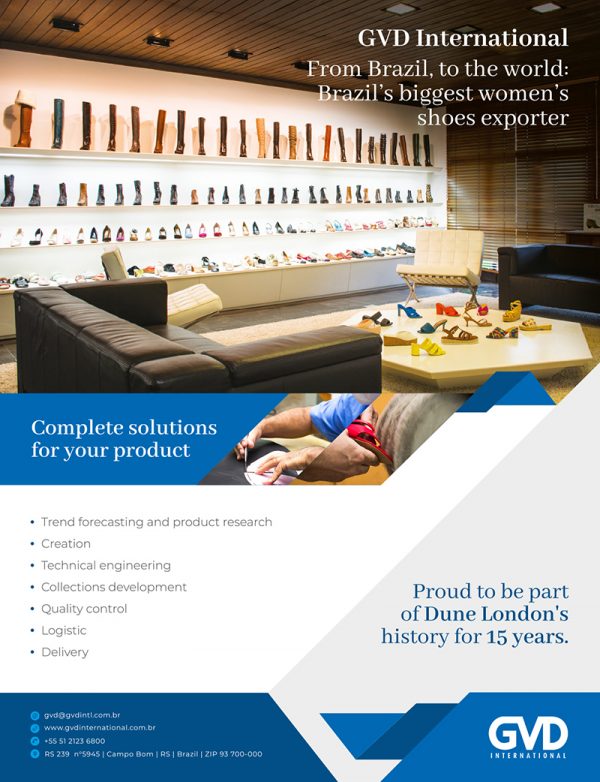