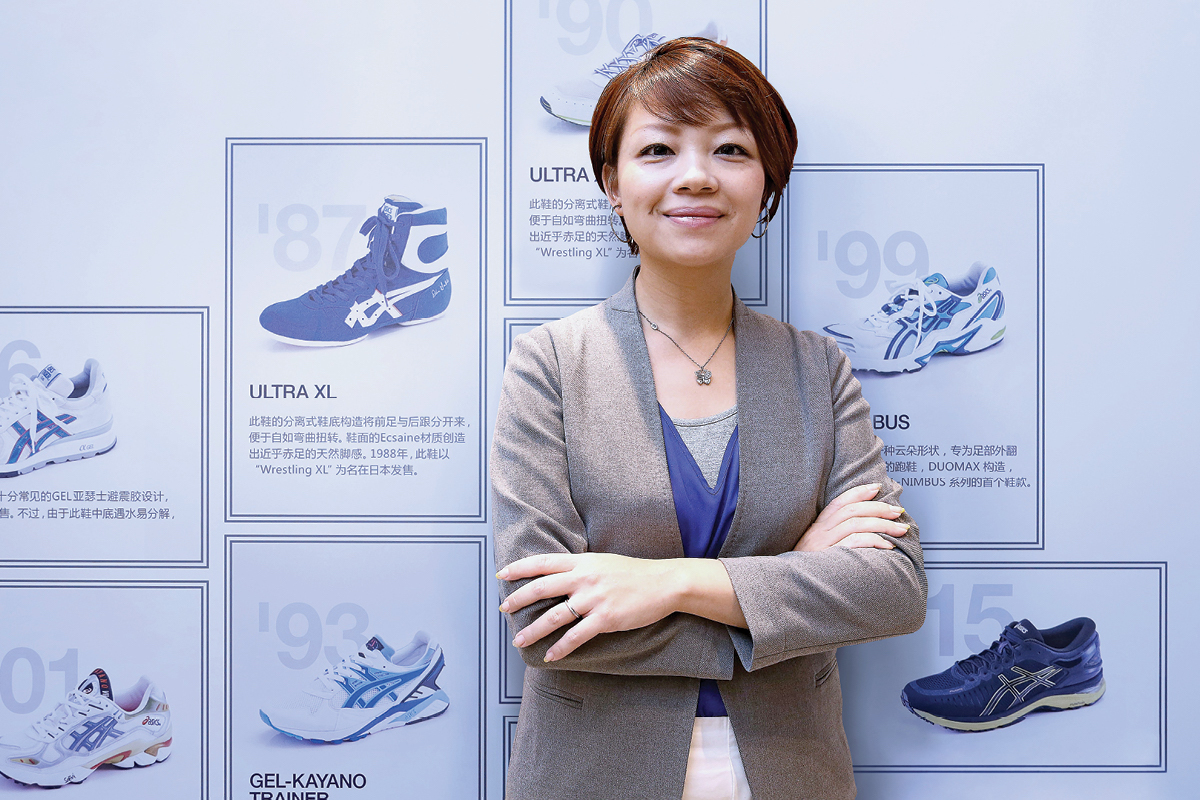 Juvenal wrote: “You should pray for a sound mind in a sound body, for assuredly, the only road to a life of peace is that of virtue.” Japanese shoemaker Kihachiro Onitsuka shared the Roman poet’s sentiment that true happiness comes from good health.

So Kihachiro, who was making sneakers in his hometown of Kobe in the Hyogo prefecture in the late 1940s, decided to rename his business to reflect this philosophy, using the original Latin form of the maxim, anima sana in corpore sano.

Today, the company has become known globally for its commitment to the ideal of a sound mind in a sound body under the well-known ASICS acronym, offering technical dominance and quality in all its footwear.

Talking to The CEO Magazine, ASICS Managing Director for Greater China Hilda Chan stresses her own commitment to promoting that ideal. “That’s my job. When I talk about ASICS’s history and expertise, I’m talking about promoting good health and wellbeing,” she says.

Hilda originally joined ASICS as Business Strategy Manager in 2014 having been stirred by an initial meeting with its Chairman and CEO, Motoi Oyama. “I was inspired by his vision of global expansion and localised management,” she says, and knew after meeting with him that she wanted to join ASICS.

Having been Managing Director for more than two years now, Hilda is focused on bringing the company’s vision of good health to as many people as possible. “My hope is that there is a pair of shoes for every runner. Whether you run long distances, jog, or just like walking in our shoes, I want everyone to feel like they have a place in this company.”

“I want everyone to reach their potential … ASICS is committed to embracing change.”

Saying that her leadership is defined by a desire to “embrace change”, Hilda has made reaching new customers and exploring new business models an integral part of her directorship. It appears to be working, as the brand’s presence has spread to more than 1,700 stores in China, including the reach of its ASICS Tiger and Onitsuka Tiger sub-brands.

In Greater China, ASICS has seen a double-digit growth in sales revenue since 2015.

Since joining, Hilda has changed how the company approaches business partnerships. She believes it’s these relationships that will help ASICS leverage its strengths and make inroads into unexplored consumer segments. “Working collaboratively is important because we know that we have our strengths and our weaknesses,” she says.

“With the partnerships we form, we can focus on what we’re good at and use our connections to help us expand the retail and apparel aspects of the business.” Hilda highlights ASICS’s partnership with popular Chinese ecommerce retailer Tmall as a relationship that will “help ASICS improve its standing with millennials and women” and drive the company’s presence in the region.

Further, to help increase the brand’s customer base, Hilda has concentrated on developing awareness across different consumer segments. She explains that ASICS has begun “actively catering to consumers who are unfamiliar with us and helping them to understand what it is they want from a sports shoe”.

Hoping to appeal to a variety of customers, innovations such as the company’s new Metaride running shoe aim to bridge the divide. Calling it “the future of the running shoe”, its patented Guidesole technology is designed to make long-distance running easier by using a curved sole to shift the wearer’s weight forward, simulating a feeling of propulsion and effortless motion.

“It delivers an entirely new running experience with a unique feel, enabling runners to not only improve their range but to focus on, enjoy and connect with their run.”Transformations like these help ASICS broaden its appeal.

“Thanks to our Institute of Sport Science innovation centre, we can conduct research and examine human body dynamics to understand how the body moves. That’s how we create the technology that will help everyone – from casual joggers to performance athletes – compete at a higher level.”

The company believes reaching as many customers as possible is the best way of promoting its agenda, and the only way ASICS can do that is if it remains open to transformation. “I want everyone to reach their potential,” Hilda says.

“It doesn’t matter if you like to jog on the weekends or run marathons professionally. I want everybody to know that ASICS is committed to embracing change.” 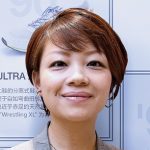