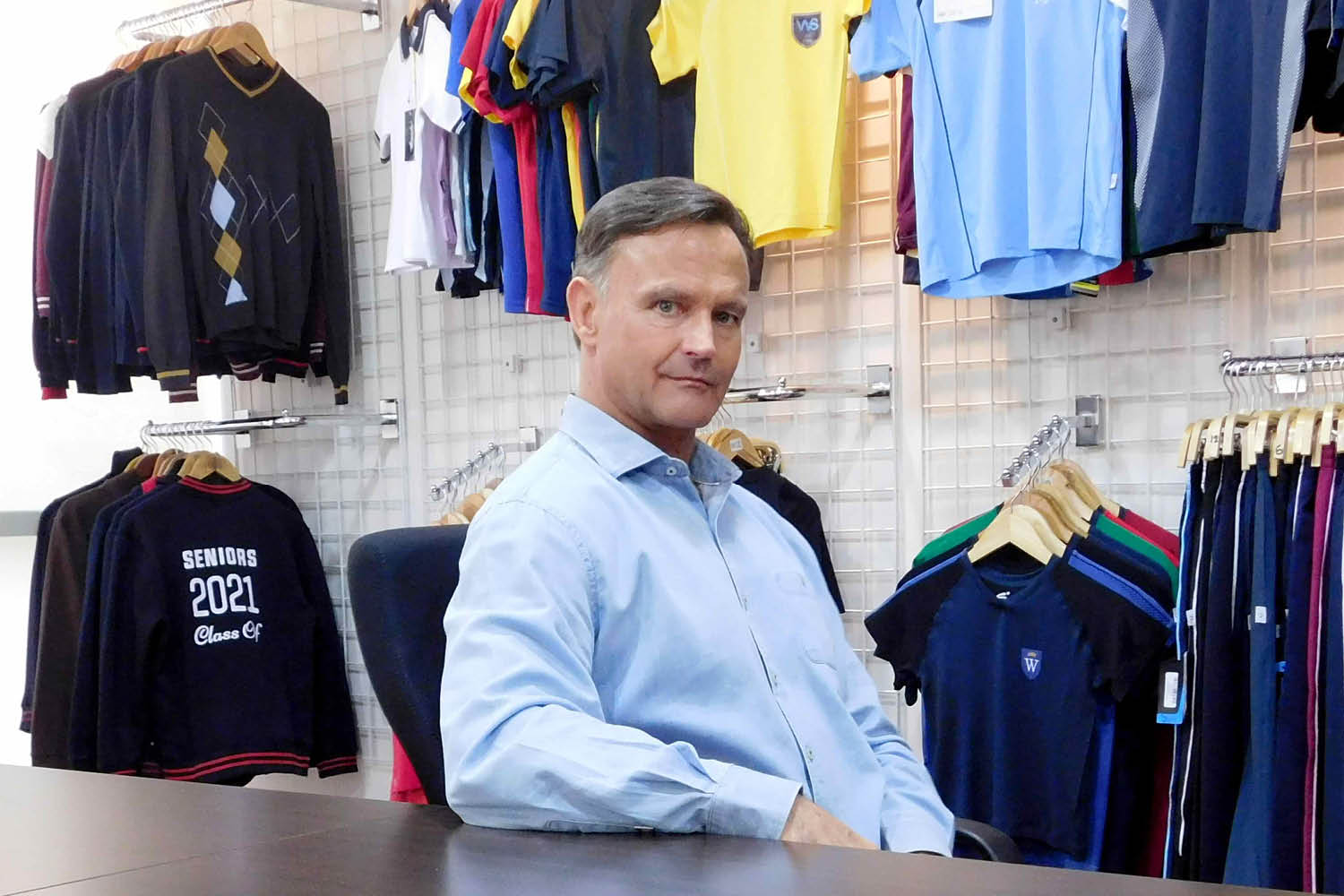 When a company is struggling to meet targets for success, it can be difficult to set it back on track towards profit. UAE-based school uniform supplier Threads found itself in such a position pre-2017, with its eight stores across the GCC dealing with poor performance. Into this situation stepped Jacques Wessel Rheeder, taking over as Managing Director. His immediate task was bringing the company to a position of market success, something he’d had some experience in.

“Threads was really a no-name brand, with no specific market positioning,” Jacques explains. “It was a concept that had a captured market and it depended on the principle that the customer had to buy from them – a kiss of death for any retailer, no matter your positioning in the marketplace. The challenge was thus to break down all the disciplines and install a new Threads with high-street retailing disciplines, and the correct core values and vision.”

Jacques had previously come from a fashion background, though not from uniform retailers like Threads as much as international brands like Zara, Pull and Bear, Marks & Spencer, The Gap, Aldos and Steve Madden. He says that these were competitive environments that gave him experience in brand repositioning and customer trust development.

Immediately before Threads, his experience veered away from these international brands towards lesser-known companies, fashion and textiles retailers in the Middle East and South Africa. He was headhunted by brands like Ackermans, Dunns, Red Tag, INC and 2Go, struggling labels that required a substantial effort to turn around. With his success in achieving these revitalisations, Jacques was hired to drive a similar reversal for Threads using the lessons he’d learned from his past experiences.

“Firstly, one has to accept that although a business has to be ‘turned around’, not everything that was done in the past was or is wrong,” he says. “Get to know how the business got to the stage it is at and understand the previous visions and missions, if there were any.

“Make sure you understand the market sector that they are operating within. Gain as much knowledge of the past as possible. It is always easy to criticise and to find fault with any concept, but it is more important to know where the business has been and why, before you can in any way strategise a new game plan, vision or any repositioning strategy.”

“I had a team that tasted success and became unstoppable.”

His process began with extensive consultation with employees and customers, personally working with frontline staff while visiting manufacturers in the company’s supply chain. This resulted in a transformation in Threads’ products, in terms of quality, fit, design and fabric.

First, uniforms were made to cater to the differences between certain customer groups – for example, different cultural and ethnic backgrounds. Trial sessions were conducted with up to 1,000 children per customer group. Fabrics were also selected depending on the climates that particular schools were located in. Easy-care uniforms also means parents don’t need to spend much time ironing. 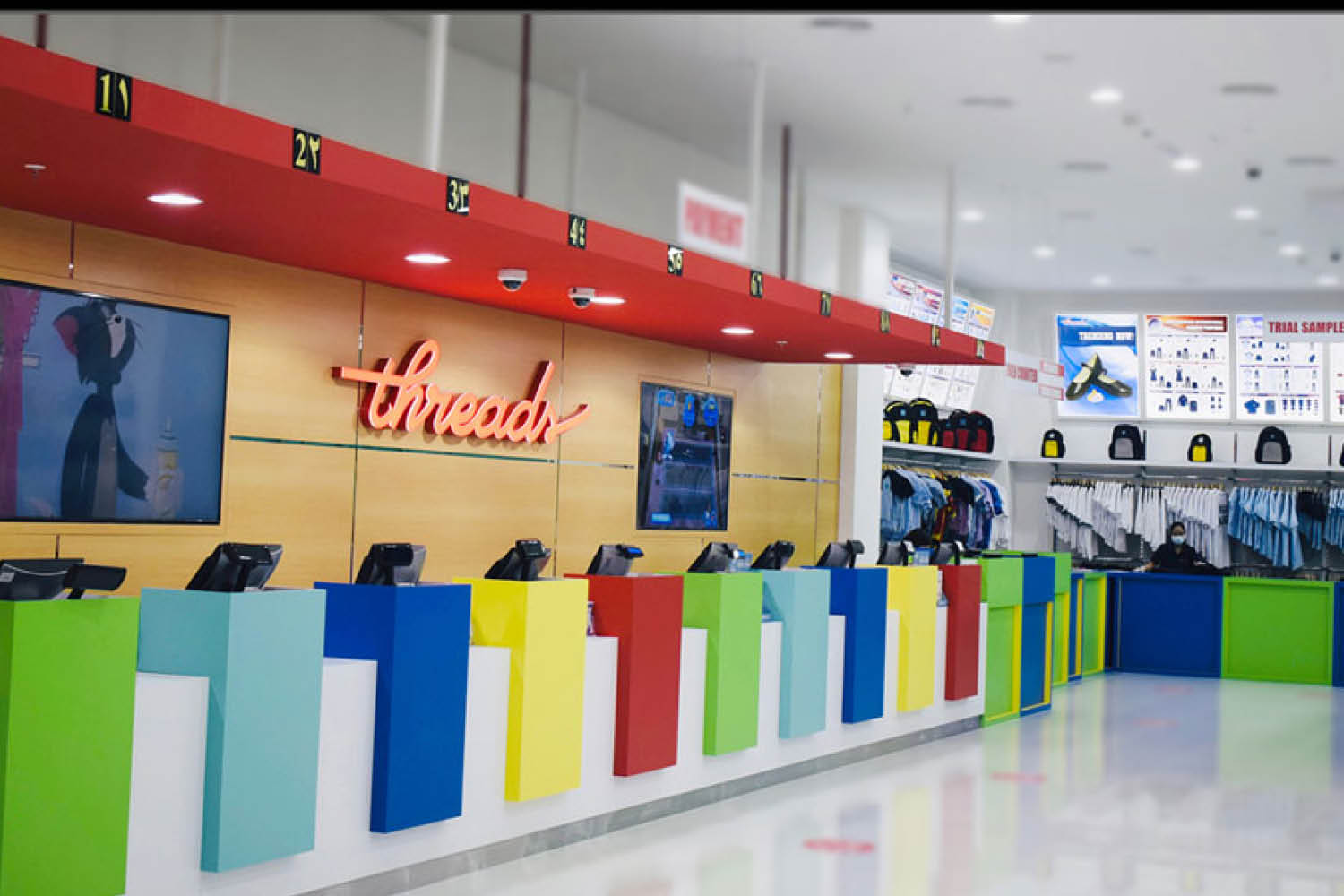 “Our main objective is to give parents and children the current best technology in fabrics and styling,” Jacques says. “We are scholars of fabric developments and make sure we are 100% in tune with the latest technology and developments in the marketplace and we change continuously to enhance and improve our product offering. Our product offering is based on value, quality, comfort and safety.”

After gathering information on every side of the business and transforming Threads’ products, Jacques was ready to start brand repositioning, although he says the key to the whole process was securing buy-in from the Threads team.

“Once I understood the mindset of the people, I could then make sure that they understand, support and most importantly, believe in the new way forward,” he recalls. “I took most – if not all – of them out of their comfort zones. Change is not always acceptable to everyone, so I made sure it was a ‘we’ scenario and not a dictatorial, ‘do as I say’ scenario. We launched our new retail concept and product lines to huge success. I had a team that tasted success and became unstoppable.”

As a believer in collaborative management, Jacques puts his employees first, asserting that a well-treated team will in turn look after customers. His strategy for empowering his team involves giving them the agency and freedom to make decisions – and mistakes – within their jurisdictions. He says this approach has left Threads with a team of “equals with a common goal and ideology”, with the ability to adjust to a constantly changing world.

Of course, one of the most consistently transformative sources of change is technology, something that formed the core of the revitalisation. “Threads was using fairly dated and non-retail-friendly technology. A thorough revamp on all systems was done to ensure that the business at all levels was enhanced. Speed, accuracy and ease of use was quintessentially our main aim,” Jacques shares.

“This was arguably one of the most important factors that led to our success. To be competitive and a leader in one’s field today, technology is beyond important. If you do not use cutting-edge, up-to-date technology, your competitors will be far ahead of you. Technology changes rapidly, so one has to stay in touch and in tune. You can’t change continuously, but your systems must be prepared for change.”

“To be competitive and a leader in one’s field today, technology is beyond important.”

Today, Threads has gone from eight poorly performing stores to seven large format competitive stores across the GCC, while continuously improving sales in the three years since Jacques joined. While adding digital technology to stores was part of this turnaround, an overhaul in store concept (what Jacques refers to as the “drive through” concept) was perhaps the central feature.

It was a totally unique evolution of the store concept, one that reduced a customer’s time in store from up to an hour to 10 minutes at most. It’s a fast-moving process, tailored to the school needs of customers, with a conveyor belt style of moving. Jacques notes that (pre-COVID) up to 200 customers could be processed in 15 minutes, replacing a formerly “cumbersome and time-consuming process flow”.

“This revolutionised the time spent and service levels of our concept. Our store concept is unique and nowhere else to be found in the world currently – for now. Someone will copy it in time, but that’s the best compliment your competitor can give you,” Jacques laughs.

But the turnaround and growth in the region is far from the limit of his imagination. “Now that Threads has established itself as a market leader and innovator in our respective market sector, we have gained significant local market share pretty quickly,” he says. “What is more exciting is the international recognition we have gained and the prospect of rolling out the concept internationally.”