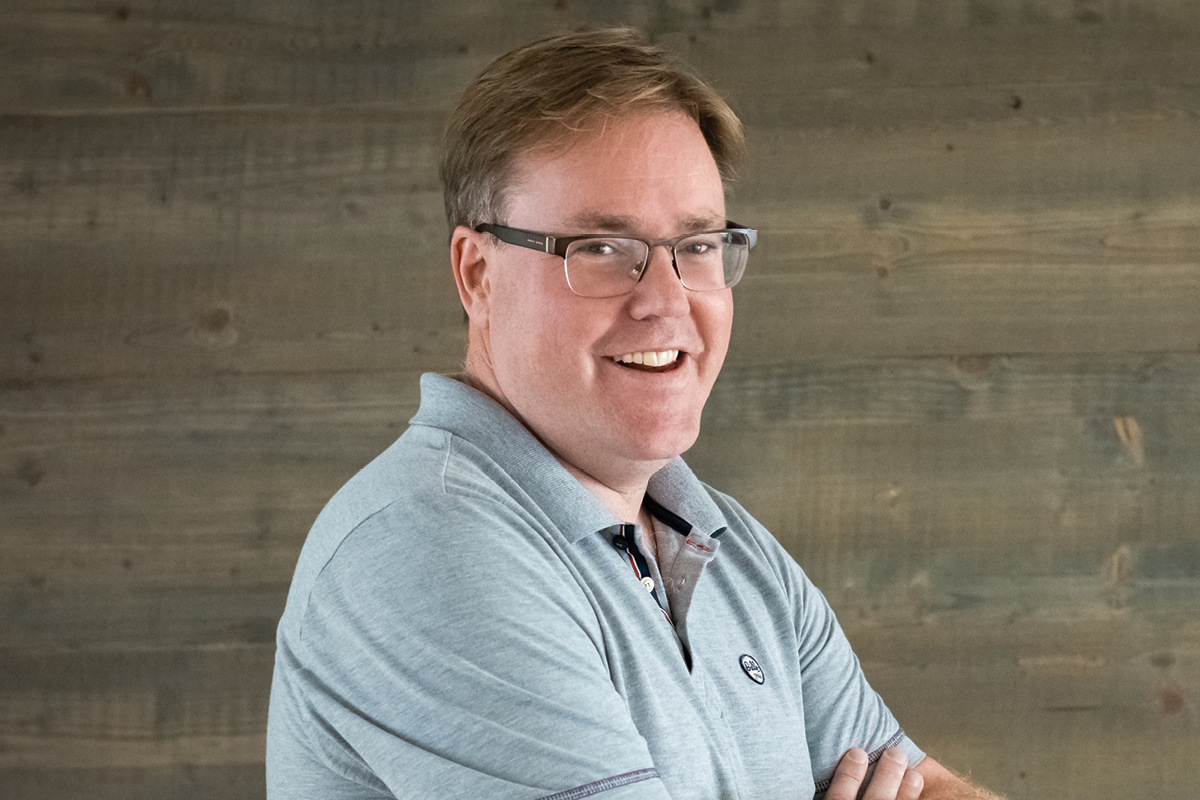 As Knut Are Høgberg trudges along a snowy, windswept trail in his native Norway, his body is battered by his surroundings. He strains to put one ski in front of the other as he approaches the top of a slope. Then, as he plunges down, the wind slices at him like an icy blade.

But as the ground levels out beneath him, all he feels is the thrill of the ride because he is protected from neck to ankle by a set of garments that keep him cool when he is pushing himself to his limit and warm when the cold starts to creep in. Even in the far north of the world, weather is no impediment to his love of outdoor sports.

Knut Are owes his ability to cross-country ski in comfort to ODLO, a Swiss company with Norwegian roots, which he joined as COO in 2015 before being promoted to CEO in 2018.

After starting his career at Boston Consulting Group in 1996, he worked mainly with clients in retail and developed a love for the sector. In 2007, he was tapped for the role of CFO of the Norwegian outdoor work and sports apparel brand Helly Hansen. That led him to the C-suite at ODLO, where he says all of his professional criteria are met.

“There are four things that are important to me. I’ve worked a lot in consumer goods and retail in my consulting career, so I really think this sector is most exciting. I want to do something in an international setting because I’ve always enjoyed working across different cultures and different markets, trying to understand how to do it in one market but not necessarily do it the same way in another market in order to be successful,” Knut Are says.

“I also want to work somewhere where the work is not only about maintaining the status quo but also developing something new,” he adds. “Last, but not least, I want to be in an organisation where I can actually make a meaningful impact and play a pivotal role in the company.”

But Knut Are’s ambitions do not end at simply making an impact within the organisation. He also sees himself as a leader within the sporting goods industry, which gives him a sense of responsibility for consumers’ overall wellbeing.

“I sincerely believe that we in the sporting goods industry must do everything we can to help people be active and enjoy their sports, especially outdoor sports, no matter in what shape or form they have chosen. I think it’s a positive thing and I’m proud and honoured to be part of that industry,” he says. 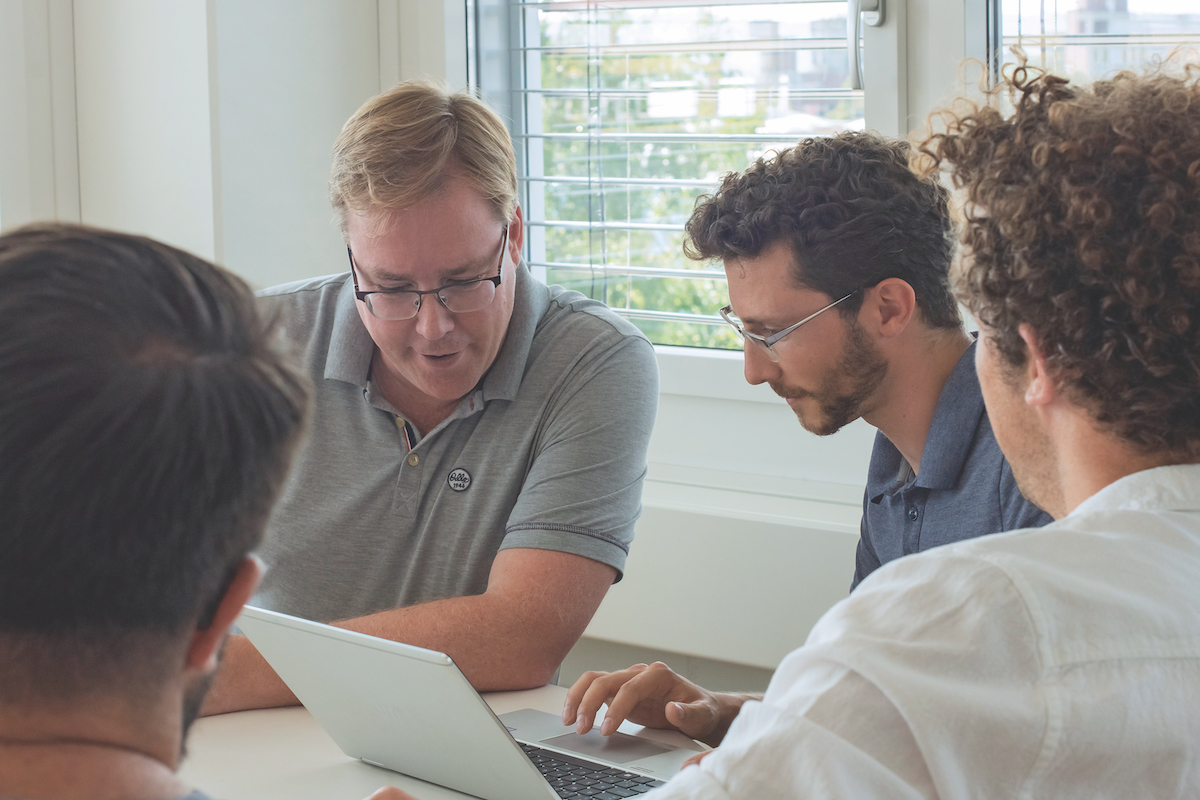 However, playing a leading role in the outdoor sports movement requires staying relevant and sustainable, and this is not easy in a crowded market. ODLO often finds itself competing with big names in the industry, such as Nike and Under Armour.

To maintain the company’s place in the pack, Knut Are relies on the reputation it has developed over several decades. “Any brand needs to be true to its roots and region,” he says.

“Any brand in any industry needs to really try to be true to its roots and to its region.”

“This is indeed an overcrowded market, so we need to define why we exist. For me, that ‘why’ is centred around our founding in 1946, when our Founder Odd Roar Lofterød Senior was experimenting with fibres to enable athletes and sports enthusiasts to do sports in the harshest of outdoor conditions in Norway. That is why we exist. That is what makes us different.”

Knut Are also navigates the competition guided by the mantra ‘Make big bigger’. According to this tenet, ODLO does not need to try becoming the most dominant sportswear company in every country in the world. As Knut Are puts it, “It’s all about creating relative scale, making sure that we are growing in the markets where we are already strong – that the strongholds we have already built give us space to develop further.”

In addition to making big bigger and building on previous successes, ODLO has identified selected markets around the world to concentrate its expansion, especially in the US, Russia, Norway and Japan. To describe ODLO apparel as the product of technological experimentation is no understatement. One example of its groundbreaking innovation is the recently released I-Thermic – a seamless, wearable mid-layer with integrated warming panels that are controlled through a smartphone app.

An athlete wearing I-Thermic – most likely a downhill skier – can set their preferred temperature within the app, and the heating elements will activate when they sense a temperature drop around the abdomen and kidneys, areas that are particularly sensitive to the cold.

“When you’re sitting in the chairlift or waiting at the top of a hill and getting cold, the panels warm you up. It’s an intelligent heating system for stop-and-go activities,” Knut Are says. “This is very exciting to me.”

I-Thermic is the latest example in a series of products whose main innovation is the inclusion of multiple zones in a single garment. Knut Are says, “There are certain parts of the body that need more warmth and some that need more ventilation or more moisture management. Accommodating these differences lets you do your outdoor sports in the best possible way.”

He goes on, “I think people would be surprised to know how much effort we put into every detail of every garment. We aren’t just scrambling a few different fabrics together and hoping it works. Every detail is designed to make outdoor sports more enjoyable, and this is what separates a premium product from a not-so-premium product.”

“I think people would be surprised to know how much effort we put into every detail of every garment.”

“Historically, corporate social responsibility was mainly social – focused on the rights of workers and so on,” he says. “We should continue with that, but I also believe that we in this industry should do much more to make sure that we avoid eroding the environment. When it comes to carbon footprints and the use of plastic packaging, I really would like us as an industry to improve even further.”

“When it comes to carbon footprints and the uses of plastic packaging, I really would like us as an industry to improve even further.”

Last year, ODLO donated 1% of the revenue from one of its collections to My Climate, a Swiss not-for-profit organisation dedicated to climate protection. The value of its donations compensated for 50,000 tons of carbon dioxide emissions.

Knut Are says, “Every industry needs to improve in this area, but especially the sports and outdoor industry. The whole point of doing outdoor sports and outdoor activities is just that – to enjoy the outdoors. So, if we are, in the process, impacting the outdoors in a negative way then we will only be harming ourselves.”