Marcin Stańko loves being part of a big family, even when his clan numbers over 13,000 and is scattered throughout more than 1,400 different locations across 10 different countries.

Marcin is Pepco’s Operations Director for Central and Eastern Europe and takes great pride in the discount chain’s reputation for being a family store, despite its magnitude.

A family business at heart

“Sure, we always wanted to expand and be corporate, but we wanted to be very family-corporate, maintaining strong values,” Marcin explains. “Qualities such as openness, honesty and respect for our employees are very important to us. In return, our employees are our best advertisement, welcoming customers with a smile, understanding how important personal service is for our business; their business.

“Sure, we always wanted to expand and be corporate, but we wanted to be very family-corporate, maintaining strong values.”

“No matter where you go, it doesn’t matter which country, the concept is the same. That’s what makes Pepco different from other large organisations.”

Marcin joined the company in 1999 during its early stages when ideas were still being tossed around about how to introduce a discount concept never tried before in Poland.

“Of course, the 1990s were a very different time,” he remembers. “A company like Pepco didn’t exist then in eastern Europe. I recognised it was a great concept, one that customers would love, and I was instrumental in scouting locations to open the chain. It was a new, fresh and modern business for Poland, selling clothing and general merchandising goods at discount prices.” Finally, in 2004, Pepco opened, launching 14 stores in Poland. It was a phenomenal success leading to its 100th store opening in 2007, expansion into the Czech Republic and Slovakia in 2013, and into Romania and Hungary two years later. Last year, nearly 300 new stores were opened, including launches in Croatia, Slovenia and Lithuania, and more than 70 others were expanded or relocated. Additional stores were launched in Latvia and Estonia earlier this year.

“We recognised the niche and understood that people really wanted our concept,” Marcin explains. “We are also planning to open new markets and of course are having discussions about the possibilities of venturing into western Europe. But we are being careful, as such a move will require huge preparation. Often in retail, business is killed in the efforts to grow. Sure, you can develop the business quickly and have lots of shops and you become profitable, but only just profitable.

“Although we knew Poland could eventually support up to 1,000 shops, we still had to be a local business. From day one, we planned to open only a few shops, creating a small business, because we knew that would be more efficient and a good start.

“We had to negotiate the sources of products and the different suppliers. Then, as we grew the scale of the business, we had to keep the prices profitable for us while still ensuring they were beneficial for customers. So, the question was how to organise the business, be aggressive, but keep on the right track.” Pepco will continue to expand, with plans to open 300 new stores every year, but it’s clear the enormous growth has not compromised on quality. The company is consistently recognised by industry peers and customers including by receiving the Quality Star Award 2018, Superbrand 2018 and the Forbes’ Diamonds 2018, given in recognition of the highest financial credibility and reliability.

While emphasising that training and development is a priority, Marcin says the chain is not micromanaged by executives visiting stores to ensure high standards are maintained. The company, with a low turnover of staff, is driven largely by loyalty and a strong sense of satisfaction.

“People are very happy working for us,” he says. “We want to work together, we want to do great business and we want to celebrate the great success of the company. We develop and train our staff, pay them well and include them in our plans and profits.”

“For us, at Pepco, we know that we are nothing if we don’t have people; the right people. We had to get the best people to support our position in this niche market and we still have employees working with us who were here in 1999, developing our company. That loyalty has helped maintain our friendly, family atmosphere.” 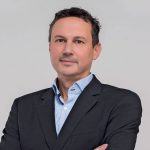