“Never get too comfortable with the status quo.”: Mark Cotter 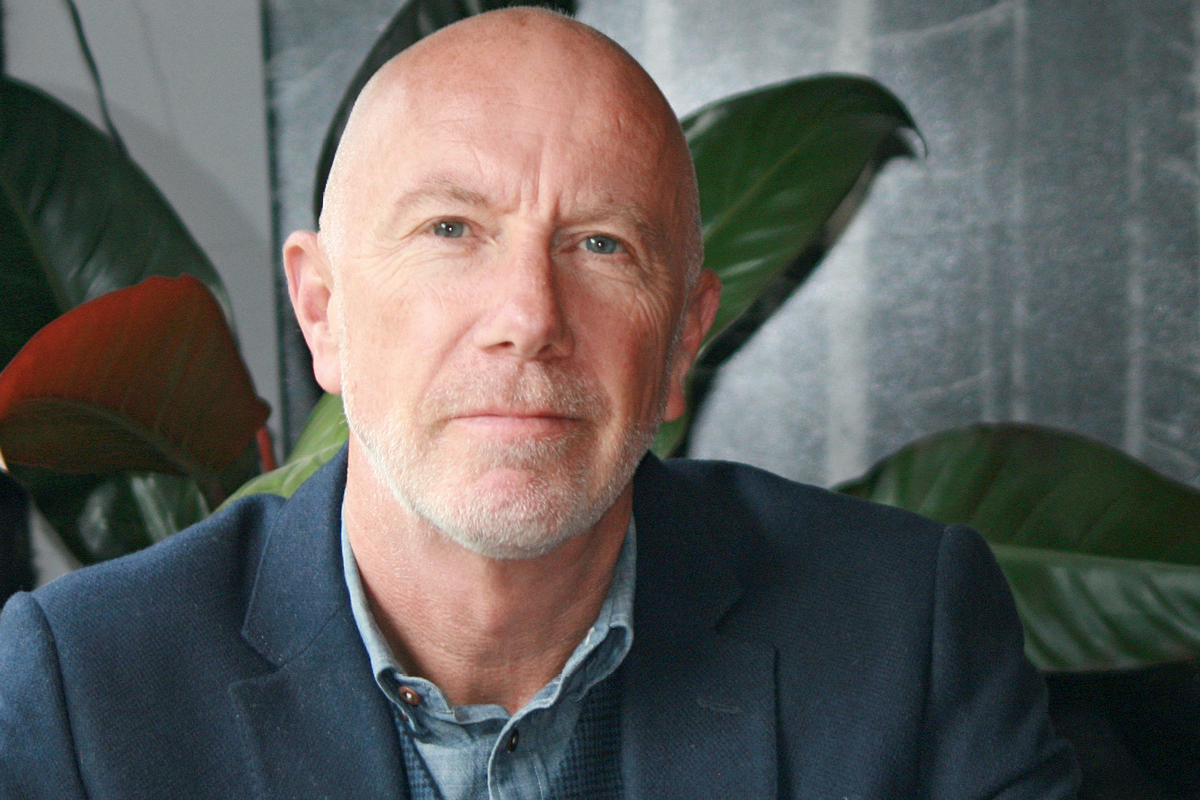 Throughout his long career in men’s fashion retail, Baird Group CEO Mark Cotter has learned to live with an alarming yet immutable truth: “Change is law,” he says. “The world that exists today will never exist again, so one can never get too comfortable with the status quo.”

Over time, the ever-changing nature of the retail industry imparted to Mark the importance of flexibility and, by adapting in the wake of each crisis, he has managed to catapult himself to higher levels of responsibility and leadership.

One challenge came in 2000, when Baird Group’s predecessor, a public company, split up and parts were reconstituted as the private company BMB Apparel. Amid the chaos, Mark saw an opportunity to prove himself.

“There was an interesting opportunity for anyone who had slight entrepreneurial tendencies to carve out opportunities and develop them within the new company. For myself, I saw a chance to use my experience to promote growth and create value,” he says.

At BMB, Mark secured a contract to produce all of the clothing for the supermarket chain Sainsbury’s. When annual turnover reached £150 million (€165 million), the business was sold to a Chinese conglomerate, shortly before Sainsbury’s decided to take the business in-house. 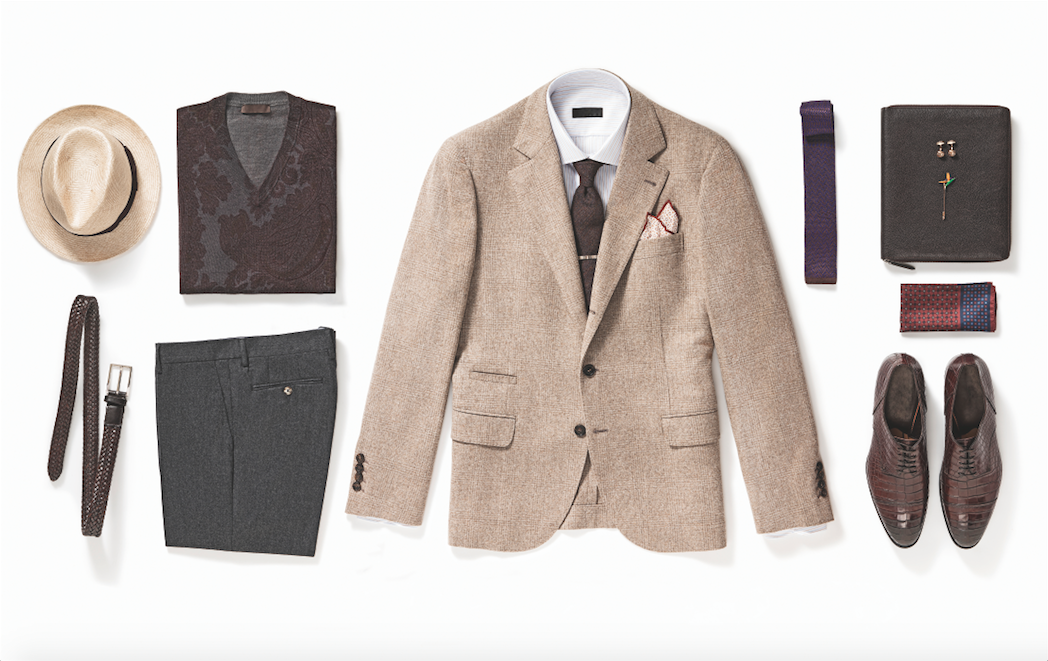 “That was a key moment for me personally. I managed to go off and set up that business, run it for seven years and then sell it back to Sainsbury’s at just the right time,” Mark recalls.

His success caught the attention of BMB’s Chair, the Egyptian magnate Dr Alaa Arafa, who offered Mark a leadership post at the company’s next and current iteration – Baird Group.

“The shareholders gave me fairly free reign to reinvent the organisation in a changing marketplace, which, as managing director, I did for several years. I started a business called Suit Direct and I launched our online business. I was very fortunate to be given these opportunities by the shareholders to find some way of making us futureproof,” Mark says.

In 2012, after an unfortunate misstep by the previous CEO, Dr Arafa asked Mark if he felt capable of repairing the damage. “I was absolutely happy to take on that challenge,” he says.

Today, with Mark at its helm, Baird owns or licenses nearly a dozen menswear brands, operates 47 stores and 163 concessions across Britain and Europe, and employs more than 1,000 people.

“I’ve been fortunate to be in the right place at the right time, but I’ve also been empowered by the people I work for to go out and find new brands and new channels of distribution,” Marks says. “And most of them have been very successful.”

One of Mark’s crowning achievements at Baird has been his acquisition in 2016 of the licence to produce and distribute the Ben Sherman menswear brand in the UK and many parts of Europe.

We all have a responsibility to do our piece to give our planet a fighting chance.

This expansion is one of three prongs in the growth strategy Mark plans to implement over the next five years. The other prongs are developing Baird’s ecommerce platforms and adding new brands to its portfolio.

“Expectations are incredibly high. When you shop online, you expect your item to arrive by lunchtime the next day. When you go into a shop, it’s because you want to have a social interaction. You want service from a human being, to feel that value is being added. The key for our business is to remain focused on why a consumer would choose to shop online or go into a store and ensure they are getting everything they want from the experience,” Mark says.

“It sounds a bit twee as a retailer to talk about a fully circular, holistic trading strategy through stores and ecommerce, but actually this is really the only way retailers will survive the future. The consumer demands choices and convenience.”

There is good reason to believe Mark’s strategy is working. The reputation of the Ben Sherman brand has grown so strongly that Baird has partnered with the British Olympic team to have its athletes wear Ben Sherman apparel during the opening and closing ceremonies at next year’s Summer Olympics.

“It is an amazing arena because it has such a phenomenal audience reach,” Mark says. For a moment, he was intimidated by the amount of attention Baird would receive through the Olympic partnership – intense visibility could lead to intense scrutiny.

However, by working with his design team on how to dress dozens of athletes in a way that conveys Ben Sherman’s atmosphere of coolness and credibility, Mark’s anxiety quickly dissipated.

“Our head of design is an extremely talented individual, and he’s been able to come up with designs that our athletes are not only excited to wear but also to keep,” Mark says.

“Aside from bringing attention to the brand, this will be a fantastic opportunity to see athletes wearing well-designed clothes from the UK.”

At the same time as Mark has been expanding Baird Group’s business and visibility outwards, he has also been taking a serious look inwards at the role his industry plays in the world, as well as the role his company plays in the lives of its workers.

By making adjustments in these areas and enhancing his team’s flexibility, he aims to prepare the company to weather the ongoing changes rocking Britain’s retail industry. 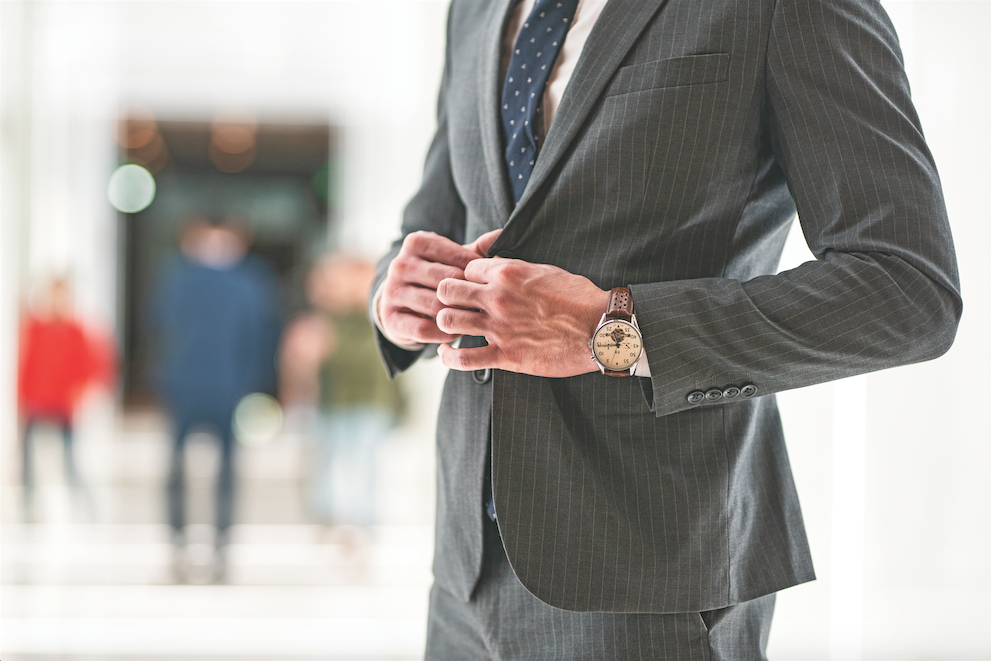 “One shocking conundrum for all of us in our business is the amount of disposable clothing in the world and the consequent turn towards sustainability and re-using and revaluing the things we buy,” he says.

“I read a report last year saying that 80% of products bought in the UK end up in landfill. I don’t want to be part of an industry that encourages that behaviour.

“Today, people are becoming much more selective, and the days of people buying things, wearing them once or twice and then just literally putting them in the skip are fading. It’s now up to us as a brand to give people a healthier alternative – to produce durable clothing that’s built to last.”

“We’ve got a big sustainability drive going on in Ben Sherman to lead the way. This is challenging because it means we have to unravel a lot of complicated supply chains and a lot of habits that have been built up over a long period of time, but it’s all achievable, and I believe we all have a responsibility to do our piece to give our planet a fighting chance.”

Instilling these values in the people who work at Baird Group has meant simultaneously ushering new, more honest ways of communicating, retiring old-school styles of leadership and creating channels for people at all levels of the company to have their voices heard.

“The single most important task for me at the moment is ensuring that we have a team of people who are empowered to act and empowered to make informed decisions based on the data available to us. This culture of personal empowerment not only makes Baird a better place to work – it also trickles down to the consumer who, more than anything else, expects us to give them a personalised shopping experience.” 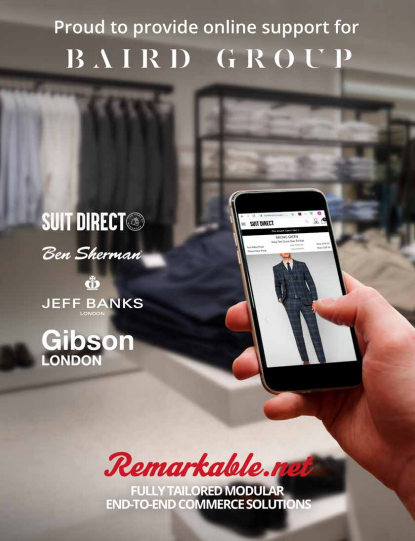 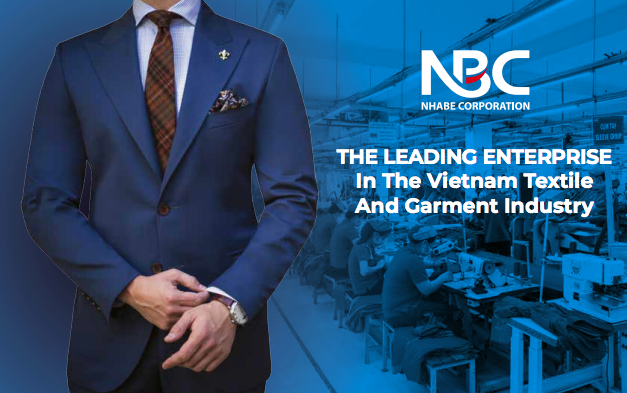