All sewn up: Ranjan Mahtani 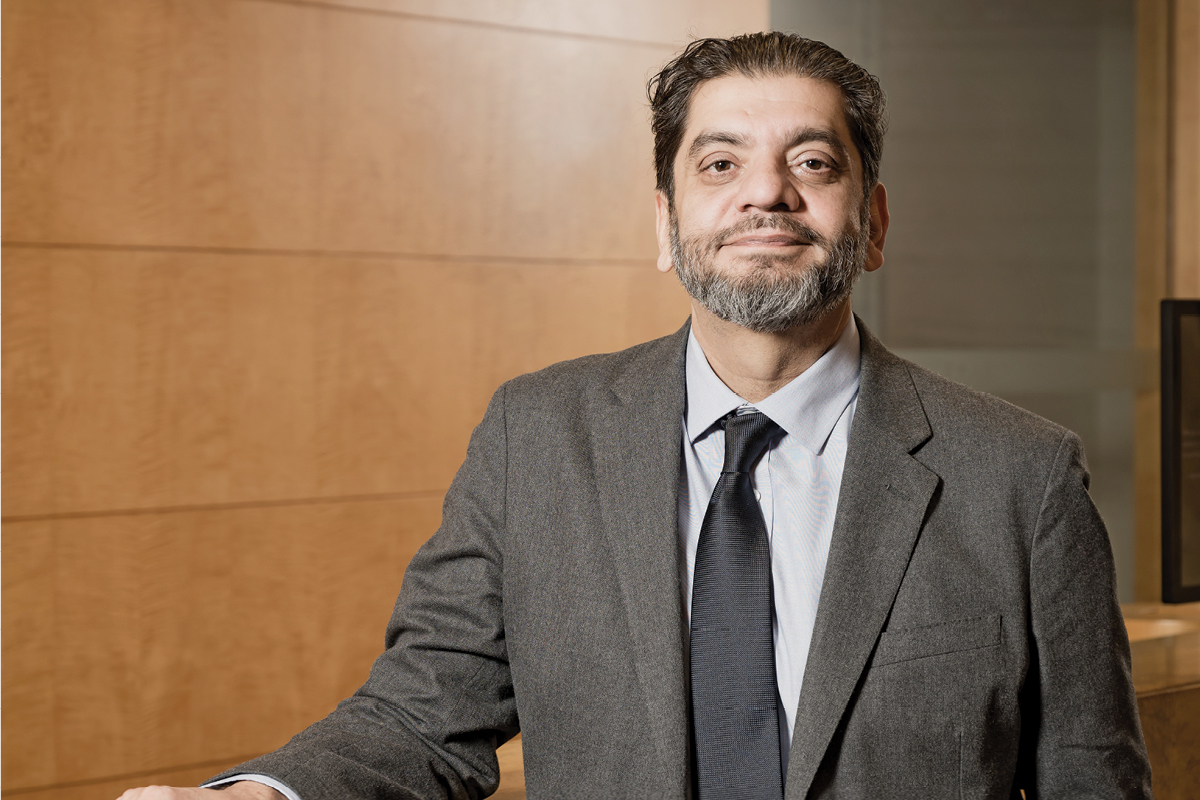 And that’s what was embedded in Ranjan’s DNA, his future in the rag trade mapped out early, an almost subliminal force driving him to be where he is today – in Hong Kong, heading a leading clothing and accessories manufacturer with a footprint spanning Africa, Asia, UAE and the United States.

Epic Designers’ client list reads like a who’s who of the world’s most renowned retailers, with a connection to premium brands and markets in every continent around the world. Ranjan’s foray into the industry began while growing up in Mumbai.

His father made premium dress shirts for the domestic retail market and, as a young boy, he’d often followed his dad around India to watch him spruik his trade.

He admits it wasn’t always the most fascinating thing to do, but reflecting on those early years, he realises now how much he must have subconsciously absorbed as a spectator, sitting quietly and watching business unfold.

However, as much as Ranjan was anticipating a rather seamless segue into the trade, life threw him a curve ball when his father died aged 49.

At just 16 years old, the teenager had to reconfigure his future and, after leaving school a few years later in 1983, he headed for Hong Kong to begin an internship at his cousin’s clothing business, Epic Designers.

“That’s how it all happened,” he reflects. “Epic was founded in Hong Kong in 1971 and was a totally different business then, more of a trading company than a manufacturing one, relying on overseas agents to manufacture orders.”

Ranjan hit the ground running with trips to Taiwan, Sri Lanka and even back to Mumbai to learn his trade at a global level.

It was during a visit to Bangladesh when he was called upon to troubleshoot a problem that Ranjan’s life took a very different turn and altered the course of the business entirely.

An agent was struggling to complete an order on time, so Ranjan, not yet 20, seized the opportunity for Epic Designers to honour the commitment by procuring silk directly from China.

He was given US$10,000 to set up a home and office in Dhaka and, after hiring a small team, was soon in the business of providing garments for American customers. It was a big call for the young intern as one of the first foreigners to set up operations in Bangladesh.

Within three years he’d built the business into a US$25 million enterprise and by the early 1990s, Epic Designers was the largest buying office in Bangladesh with revenues of US$100 million.

Ranjan spent 13 years in the country before heading back to Hong Kong and the head office in 1997. Between 1997 and 2005, he completed the successful acquisition of the entire group and became its CEO and Chairman.

This was a turning point in Epic Designers in setting the foundations for world-class manufacturing. Exactly what the company has achieved over those 36 or so years is testament to Ranjan’s extraordinary foresight and business acumen.

The company operates under three broad pillars: commitment to sustainability, improvements in manufacturing, and solid personal connections with all stakeholders.

Every year it designs, manufactures and distributes in excess of 100 million garments for men, women and children, for export to 47 countries, predominantly the United States, and others throughout Central America, Europe and North Asia.

“The standards I set for myself are the ones I judge when I look in the mirror every night,” Ranjan says.

“It’s the kind of person I am. I raise bars and expectations within my company incessantly, while all the time raising the bar on myself. A good leader sets expectations for the future, and there’s no point in having a vision if you don’t have the ability to convert that vision into some kind of reality.” 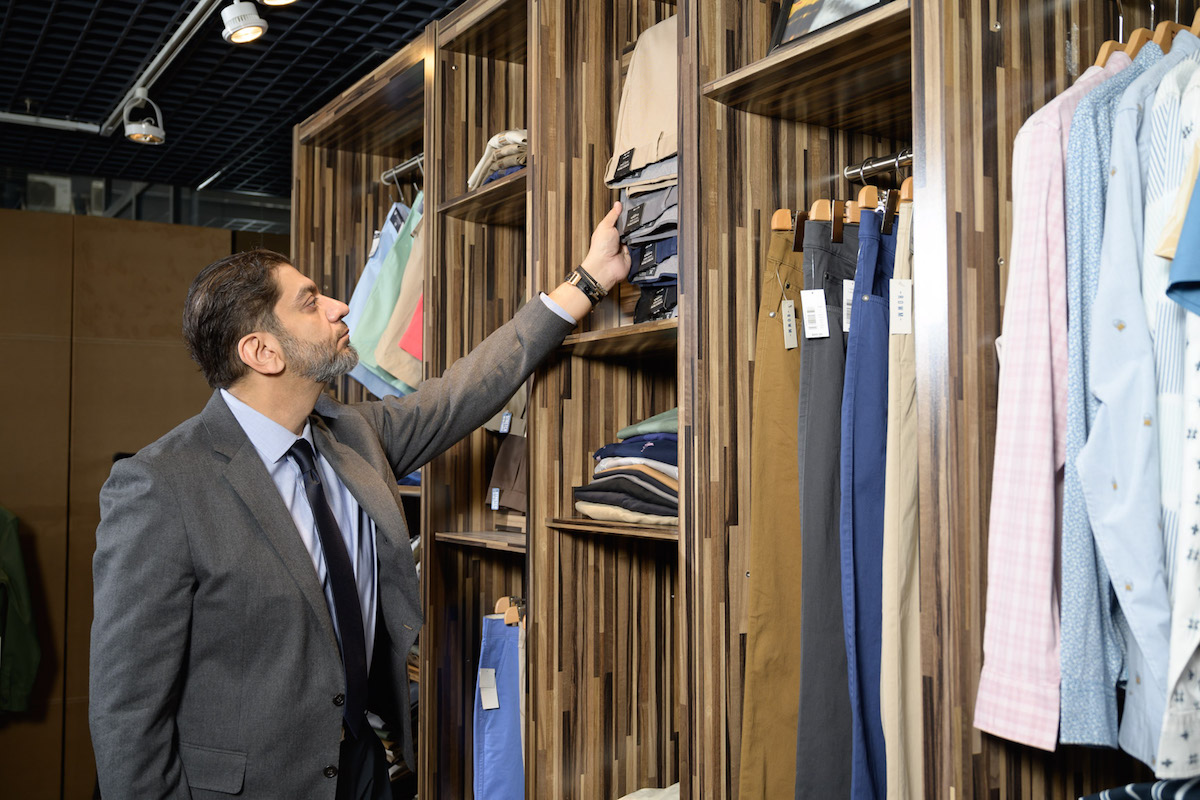 The company has a large workforce in Hong Kong, around which the supply chain pivots and where R&D product development is carried out.

Unlike most clothing factories, which simply provide ‘cut and make’ (CM) garments, Epic also offers design and management with the creative hub in New York, employing a team of several designers, CAD specialists and freelancers from Europe.

Meanwhile, the majority of its nearly 30,000 employees, up to 90% of them women, work the machines in the 16 factories scattered throughout Bangladesh, Vietnam, Ethiopia and Jordan.

There’s no avoiding the question of working conditions, considering the appalling reputation that manufacturing factories have earned over the years, particularly in Bangladesh where devastating factory fires have claimed thousands of lives.

To his credit, Ranjan makes no attempt to dodge it. Epic Designers boasts an unblemished record, and Ranjan is undeniably proud of his company’s unique distinction in providing the highest standards in building and fire safety in a working environment, offering incentives such as child day care and medical centres.

The company also offers the Global Women Economic Empowerment Initiative (GWEEI), a program that focuses on workers’ health, rights and responsibilities. “Our company is widely recognised for its sustainability and the first sustainability is our responsibility to our people,” Ranjan says.

“We provide our female workers with great working conditions, job stability and unique incentives. But most importantly, they know they are working with a company that is 100% transparent – a part of our sustainability model that has really worked for us.”

Ranjan acknowledges that it’s also important for Epic Designers to be totally transparent to global buyers and customers in order to earn crucial trust and respect.

He concedes that Epic Designers is not the lowest cost manufacturer in a market where buyers always want cheaper prices, but insists it’s important for customers to feel confident that compliance issues are being observed.

“Buyers and customers are much more savvy than they were a decade ago, and that requires us to be very candid with them,” he explains.

“It’s really down to proper collaboration and responsibility because it’s important for us to know they can sleep better at night knowing we are industry leaders in this respect.”

While ensuring the wellbeing of its workers is a top priority, Epic Designers is also making inroads at the back end of its industry to help safeguard the environment. 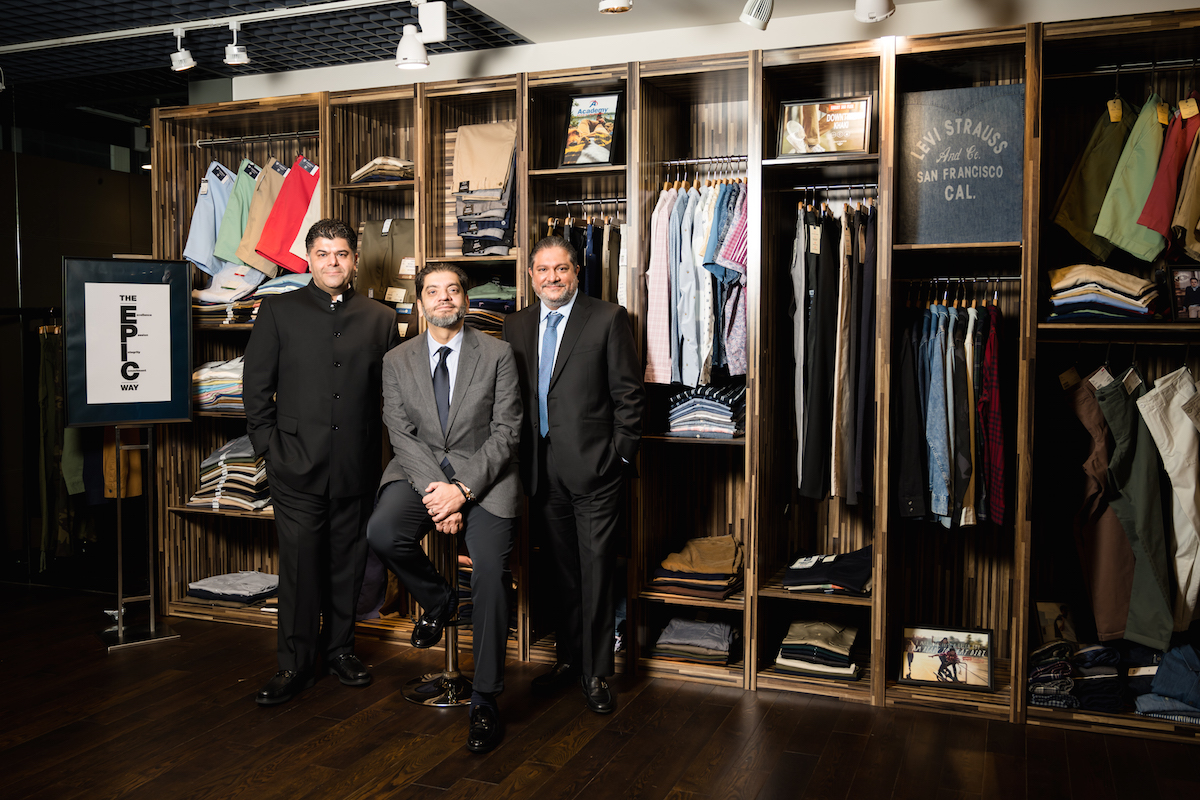 Among them is the introduction of solar energy, and replacing washing machines with waterless machines operating on Nano Bubble technology. “It’s very expensive, but we’re trying to remove all water treatment plants,” he says.

“We’re also looking at recycling yarn, to see if we can make fabrics from 100% traceable yarn. We feel it’s a vital step for our sustainability plans and have hired a couple of textile scientists to help us develop this fabric of the future.

“All in all, our sustainability plan is a three-pronged attack. We look after our people; we’re trying to reduce water usage and we’re aiming to recycle our fabric. And believe me, in between those three prongs, there are about 30 other things to be done to reduce our carbon footprint, including reduction of greenhouse gases and waste management. Sustainability is definitely at the heart of what we do, from the head office to the manufacturing plants.”

Other challenges Ranjan faces are probably much the same as those confronted by his father 40 years ago, producing a product that appeals to the customer, and gaining an edge over the competition.

While they are basic concepts at the heart of retail, it’s a far more complex beast these days in an industry churning out millions of products at a speed that defies the imagination.

And as Ranjan quickly points out, it makes no difference if that product is top of the range or catering to the masses. “Going back to the 70s and 80s, if you made a fine shirt, the ultimate shirt, you marketed it through traditional channels and you were in business,” he explains.

“Whereas today, we have a lot more to deal with. For a start, you’re competing with dozens more brands offering the same thing because the range between the top of the line and the bottom of the line has really narrowed down.

Your $300 or $400 garment is coming from the same place as the cheap, standard ones. Then there’s the speed of trying to get it out and onto shelves faster than everybody else.

“The apparel industry is considered a cheap industry, but that’s all changed, which is a good thing because it’s forced the industry to consolidate. Our customers want value added through our process. They want their shelves filled, but they also want their margins. It’s quite intense.

“It’s a never-ending job and we are constantly looking at other factories, going to trade fairs and exhibitions to distinguish how much better, or worse, we do things. Of course, that means we are also constantly ensuring we have the latest in modern technology, automation and artificial intelligence – factors that play a huge part in our industry.”

Epic Designers has plans to enter the Indian market, with an investment of US$20 million, along with further major expansions planned in Bangladesh and Ethiopia.

Eating, sleeping, breathing, buttons and thread. That’s what we lived by.

The majority of Epic Designers’ products, 65%, is exported to the United States, followed by 20% to Europe and 15% to Asian markets, including Japan and China. “We focus on excellence in execution, quality and passion,” Ranjan says.

“How do we keep all this going at the intense pace that is needed? We ensure we are always up to date, not only with modern technology but also with insights and trends, and providing a partnership approach to our relationships with suppliers. We thrive by being very forward thinking, constantly transforming. That’s kind of branded us, to be honest.”

When asked whether he is an ardent follower of fashion himself, Ranjan contemplates the different definitions of what’s fashionable.

Acknowledging the ‘Epic way’ is to be smart casual, to have that ‘buzz’ of fashion while not being over-the-top loud, he says he often defers to his three teenage sons who are more committed to following trends than he is.

“They make it easier for me,” he concedes. “They’re at an age when they’re always following social media and looking at trending stuff. So, when I combine their intel with the exposure I have to so many people in the industry, I wear what I feel is right for the time. 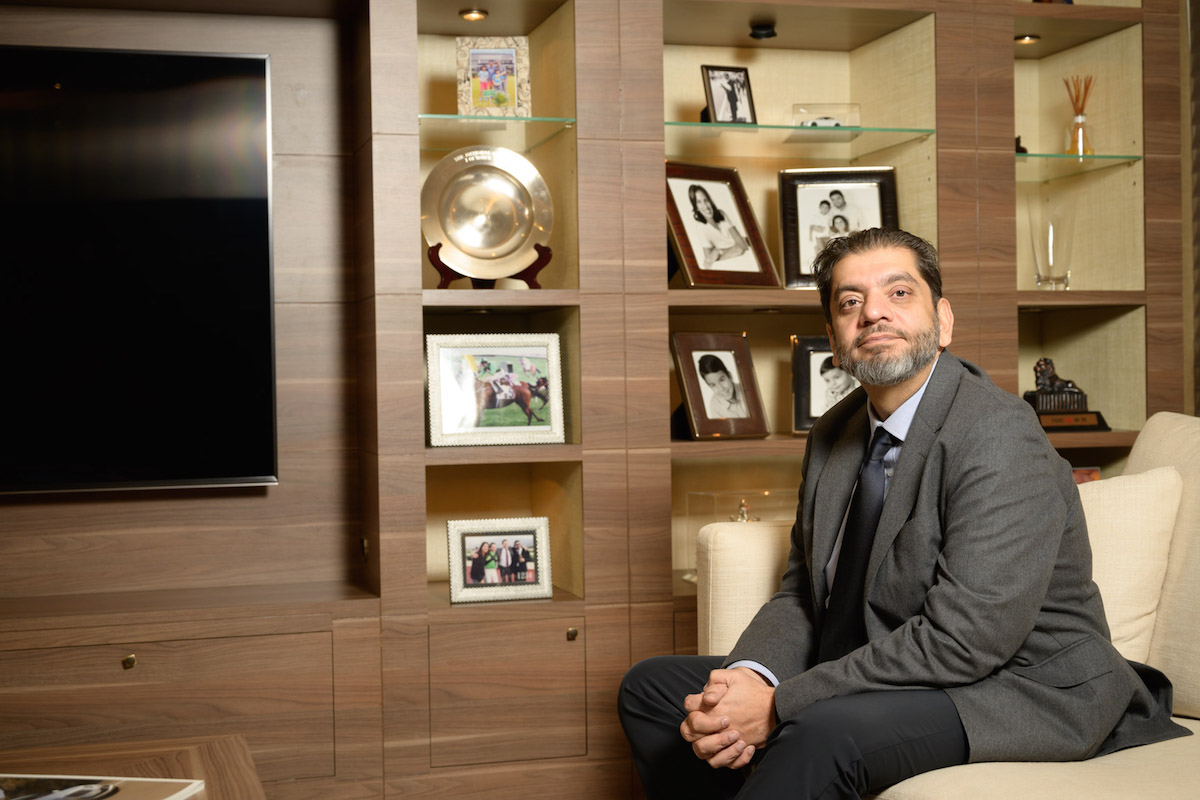 “What does upset me, though, is that when the boys were young, I could dress them in factory samples. But now my eldest, studying in LA, buys the clothes we manufacture in the stores at commercial prices,” he laughs.

At 55 years of age, nearly 40 years older than the young intern who pioneered offshore manufacturing in Bangladesh, Ranjan is pragmatic about his current stage of life.

For him, it’s no longer about making money for his own personal satisfaction – it’s more about leaving something viable to be handled at a greater scale in the future.

“At first, I obviously worked to pay my bills. Then, during the next 10 years, I worked because I wanted to make money, pay for my family, nice cars, things like that. Next, I wanted to grow the numbers and create a successful, transparent business. Today, I’m not working for the money.

“Don’t get me wrong, money is very important, but I want Epic to go beyond what we’ve done. The Epic reputation, its goodwill, or brand, whatever you want to call it, has been created – now I want to leave it in the hands of smarter people, people far more equipped than me, to take it into the future.” 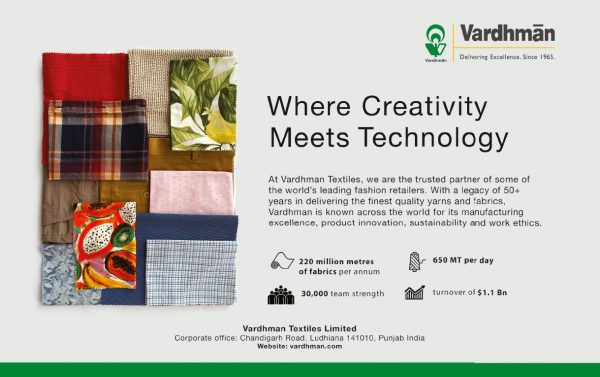 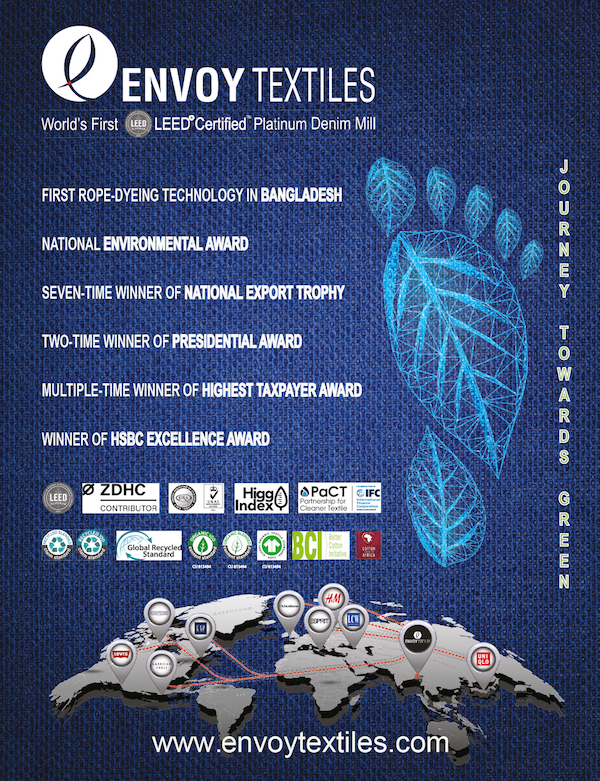 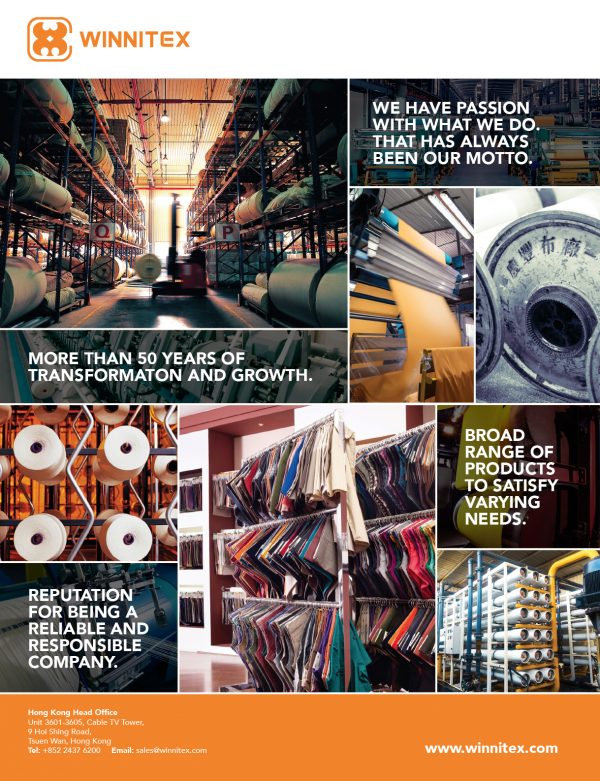