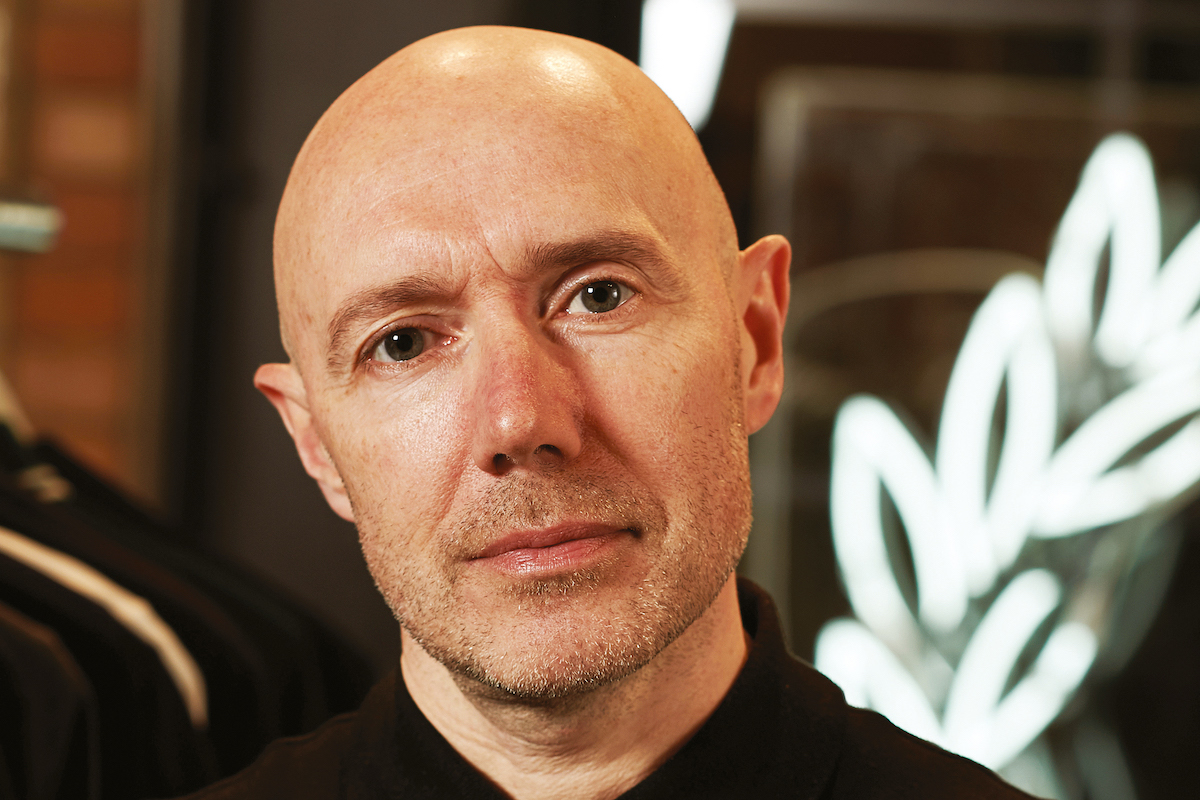 As the Managing Director of a global fashion brand, Richard Gilmore has a rather unusual goal: he doesn’t want too many customers. This, according to him, is all part of cultivating the Fred Perry “cult”.

“We want to be a niche brand. We’ve got no interest in the mass market,” he says. Fred Perry’s eponymous founder was the son of a cotton spinner, who was a table tennis world champion at 19.

He then taught himself tennis, developing his killer forehand at the public courts in west London. He went on to win Wimbledon three times but had to fight continually for acceptance despite his talent and success.

“He was always an outsider in his own sport. He was from a poor background, so the Wimbledon elite didn’t like him much,” Richard explains. “He then set up his business with Tibby Wegner, who was an Eastern European Jewish refugee, so the Fred Perry brand has always represented those a little on the outside and slightly at the edges.”

Today, the brand’s image is crafted around being a vestige of Fred Perry the man. Like attracts like, and it continues to find its “tribe”, as Richard puts it, in subcultures around the world, the underground music scene and tennis enthusiasts.

The company doesn’t even try too hard to sell its clothes, despite being in fashion retail. “We have the branding team running the website instead of the commercial team. We think of the site as, first and foremost, a means to communicate the brand and to talk about what we do. The shop function is secondary,” Richard says.

“It’s like going to a major exhibition and visiting the gift shop at the end of the day.” The Fred Perry website is an exhibition space for people to come and be inspired, to learn something or just spend time with the brand.

The Subculture section of the site is one of the permanent exhibitions with diverse content, playlists by artists and other denizens of the alternative crowd, long reads, new releases, photos from small-scale underground gigs and pop-ups from unexpected locations around the world – an opportunity for Fred Perry’s community to experience the brand and what it stands for. Perhaps a little ironically, it’s Fred Perry’s alternative slant that’s giving it its appeal among regular consumers. “In today’s world, especially among the younger generations, they want brands to stand for something. They can get mass-produced products and mass brands at the touch of a button any time they want, so instead they now look for a level of authenticity, for storytelling and for interesting and unexpected collaborations,” Richard explains.

“We are dealing in the part of the spectrum where consumers are buying from an emotional point of view, so we have to have the confidence to stay true to the values of the brand.”

He believes that, in general, the consumers of today are demanding more from brands, whether in emotional connection or other areas. This is a change he has observed as a veteran of the industry, having been in it for more than two decades.

The Fred Perry brand has always represented those a little on the outside and slightly at the edges. 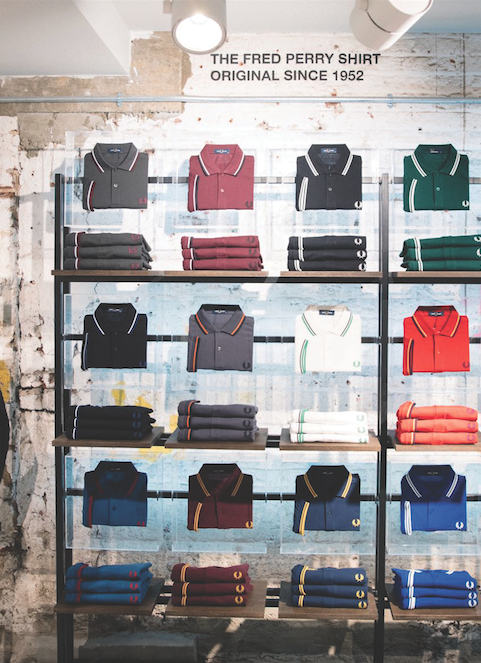 “Twenty years ago, if you were average, you would do okay. Now, you’d go bust. Average just doesn’t work anymore,” he affirms.

“Consumers today want more, not just from the products themselves but also how they are delivered – the messages and thought processes behind the products are starting to matter a lot.”

This is in part due to the rise of social media, which has fostered heightened awareness among customers.

“The younger consumers are truly global and hyper-connected. They can’t remember a time when they didn’t have smartphones,” Richard points out.

“As they grow from being young teenagers to young adults, they are taking the retailers and brands along with them.”

With this has come a wave of demand for increased accountability from corporations. Even when buying mass-produced products, Richard says, consumers expect a certain sense of responsibility.

A CSR initiative the brand launched last year was the Fred Perry Championship, a youth tennis tournament to help nurture the tennis stars of the future.

Aptly held at the Brentham Club, where Fred Perry first picked up a tennis racket and taught himself the sport, the winners of both the male and female categories walked away with clothing sponsorships and tennis grants.

That’s not all the brand does. “We also produce a special collection twice or three times a year, the proceeds of which go to the Amy Winehouse Foundation, an organisation that helps young people who are trying to overcome drug or alcohol dependency,” shares Richard. 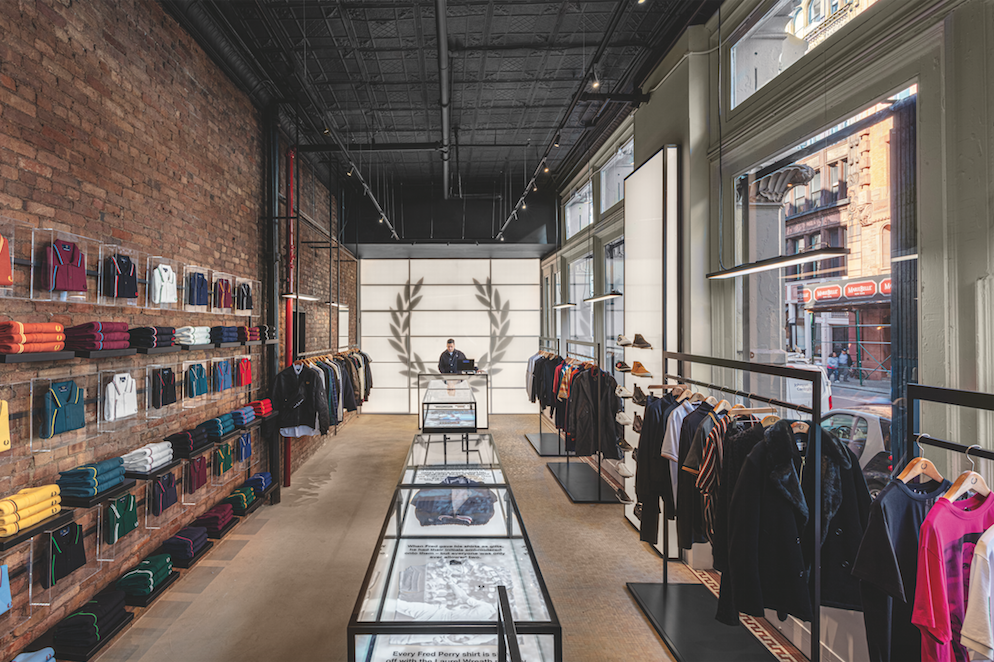 Then, there is the 100 Club, one of the UK’s longest-running basement music venues, which the brand funds. The company has also taken a rather simple, yet effective approach when it comes to sustainability.

“At the heart of our business is the principle of not over producing,” Richard reveals. “I believe this is how we are fundamentally different from other businesses. Many other brands promote their goods regularly, therefore inflating their volumes, or they often over-produce to then discount. We keep our stocks very tight. We want to sell through, and never over-produce or over-distribute. We like to keep the brand scarce.” 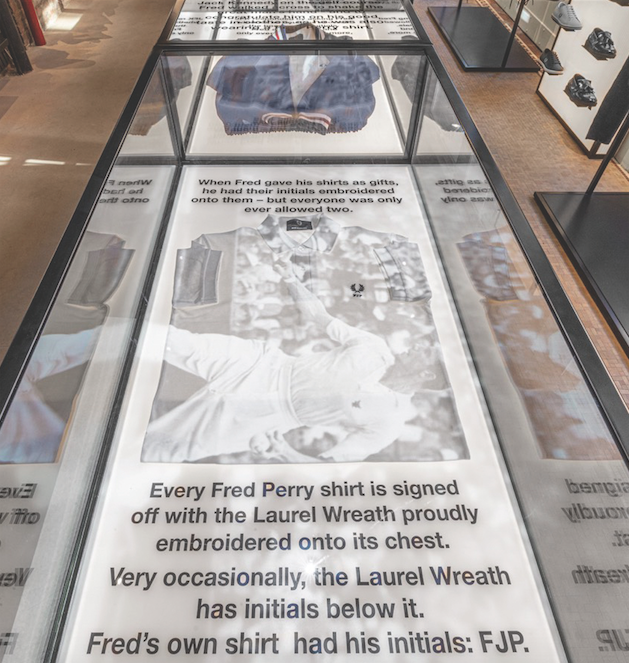 Not only is this approach to manufacturing greener, it is also sustainable in a very different aspect. “The business runs on a very sustainable model,” Richard asserts.

“We don’t have any debt. In everything we do, we fund ourselves and cut our costs if need be. We don’t take loans to grow and we don’t accelerate the growth in an unsustainable way.

Besides forcing corporations to step up their accountability game, social media has also introduced a whole new set of rules when it comes to marketing – rules that Fred Perry embraces very carefully and with much consideration.

“We tend to avoid the influencers. Instead, the people we use in our campaigns or photographs are real people, with real jobs and real lives,” Richard says.

He describes a recent campaign the brand worked on in Singapore, which saw it collaborate with tattoo artists, potters, photographers, DJs and musicians.

Not far from Singapore, it opened a pop-up store in Kuala Lumpur in October last year in REXKL, an old, disused cinema that has now been converted into a space for artists, curated indie brands and exhibition spaces.

“As the world becomes smaller and more connected through technology, the more we can find our little tribes and pockets of fans in interesting subcultures spread out across it,” says Richard.

“People come to Fred Perry because we are authentic; we don’t need fake fans of the brand. The world is full of interesting people. We try to find them, and they try to find us as well.”