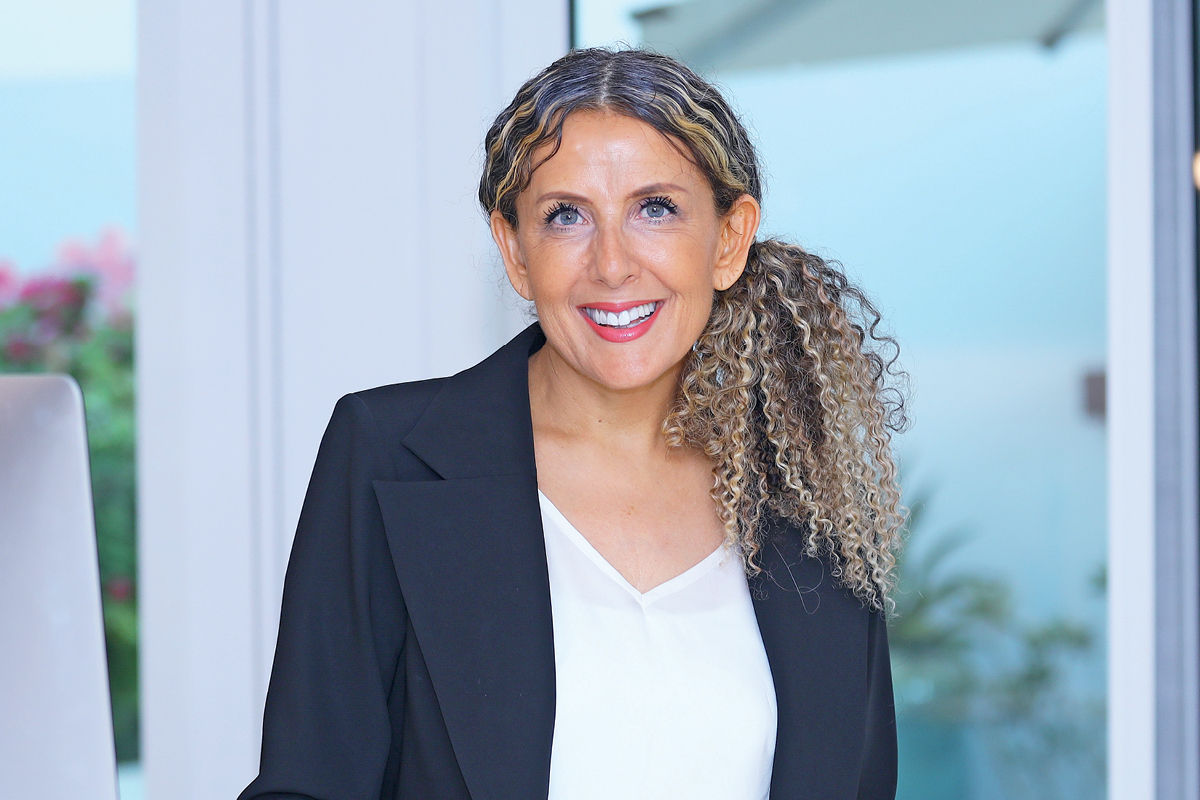 Sarah Chessis admits she was more of an “accidental” stockbroker working in the cutthroat world of finance for nearly 20 years. The SewSew You CEO’s career forged in the industry was never a deliberate path, revealed on her first morning as a filing clerk at Barings in London.

“The guy who ran the trading desk asked me if I knew what an ‘equity’ was,” she says, laughing. “I didn’t have a clue. But he assured me I’d learn.” And learn she did.

Sarah was quickly promoted while blitzing her stockbroking exams. She soon became the company’s number one salesperson on the desk and was charged with setting up an office in Hong Kong.

Despite her success in finance, art and fashion have always been Sarah’s real passions; subjects she enjoyed at school, but outlets that weren’t encouraged. “My artwork was all over the school,” she remembers.

“But at a parent-teacher evening, the teacher told my mum, ‘Sarah’s good, but she’s not good enough.’ In those days, if that’s what the teacher said, you just accepted it. So I basically left school and took a job in recruitment, which is how I came across the job at Barings.”

Reflecting over the years, Sarah believes that huge wave of success she rode in finance only served to carry her to exactly where she really wanted to be: in the world of fashion. However, Sarah didn’t want to just blend into the industry, she wanted to change it.

That meant pushing extraordinary boundaries in technology to ensure her garments were meeting specific needs, not only in design but in sustainability. Enter the accidental geek.

In 2014 in Hong Kong, Sarah launched her first venture, Isabella Wren, a unique concept enabling customers to use a 3D customiser to create designs and 3D body scanners for perfect measurements.

Instant patterns were produced and garments made in days. SewSew You followed two years ago, taking the technology even further to develop complete tech packs to create, process and package a design instantly.

The business employs 25 sewers in the Philippines to use the cutting-edge technology to produce exclusive clothing lines – predominately activewear – for emerging influencers including Agnes Muljadi, Beverley Cheng and Julie Montagu.

Working closely with her influencers, Sarah encourages them every step of the way from the initial design to the exact number of outfits they want to promote.

“The technology is unbelievably sophisticated and means our sewers get to see the product through from beginning to end, rather than just working on a production line,” Sarah explains.

“From a 3D model, we create the pattern, provide all the sewing instructions, down to where you place the labels, include testing instructions to make sure the colours are fast and all the packaging details before it’s coordinated with our live-time inventory system, which matches the predictive number of sales provided by any given influencer. Eventually, we want the factory to go paperless with the sewer working from a tablet displaying the 3D model, the pattern and instructions.”

Based on this slow fashion concept, which focuses on long-term sustainability rather than fast fashion based on mass-produced cheaper and trendy clothing, SewSew You ensures every article is sold to avoid waste and further damage to the environment. 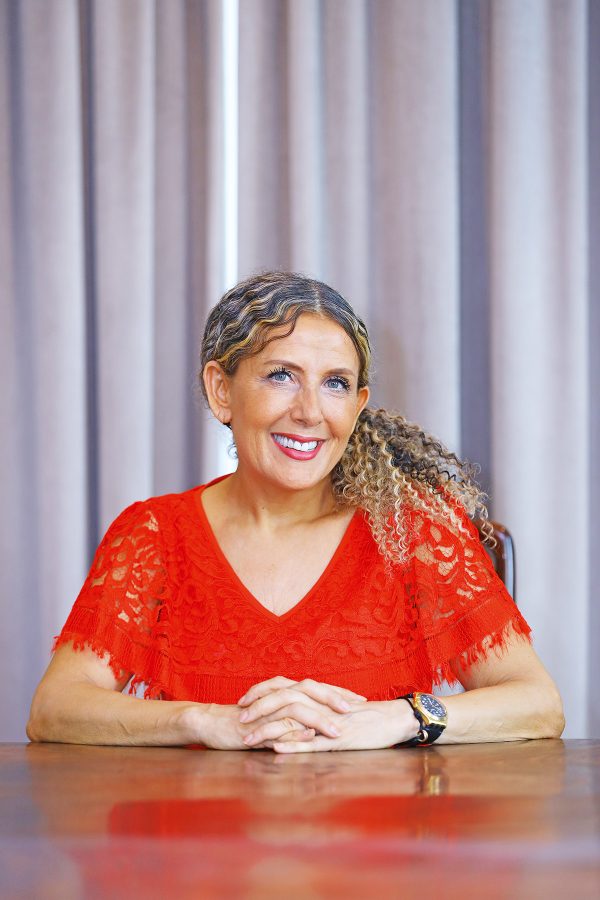 With brands deciding on generic colours and size and submitting mass production orders for garments with no guarantee of selling them, billions of tonnes of apparel are dumped in landfill every year, while up to 20% of water pollution is caused from fabric dye.

“Imagine how that could be reduced by only producing garments guaranteed to sell,” she points out. While Sarah’s enthusiasm is infectious, it’s also immediately clear how brilliant she is at coming up with ideas.

She has a delightful expectation that “everything is going to be really easy” along with a gung-ho “let’s get it done” attitude, a vibrant positive energy, which she admits doesn’t always translate well to her technical department.

“Every time I met with the tech team, they’d look at me like, ‘Oh my God, seriously?’” she says, laughing. “The techies don’t get the design aspects and the designers are not mad about using technology. It’s like trying to marry the right and the left side of the brain.”

However, it was Sarah’s early experiences at Barings that empowered her to prove that nothing is impossible. Arriving at the investment management firm with no degree, nor qualifications, the young woman from Essex was thrust into a completely foreign environment, a world run by Eaton, Cambridge and Oxford graduates.

“They were all a bit like Lord Grantham from Downton Abbey, coming from old money and had never known a day’s hardship,” she says.

“Then there was me, totally different with no idea. But I was very keen, and they were an amazing group of people who did everything they could to help me.”

Oddly enough, while it was her success in finance that enabled her to launch her own fashion business, it was the demise of the industry in 2008 that triggered her to make the best decision of her life.

Working at BNP Paribas in Singapore, enjoying a comfortable life, Sarah decided to become a single mum. “I always thought getting married and having children would just happen, but they didn’t,” she reflects.

“Then the GFC hit and I thought, ‘It’s now or never,’ and decided to adopt. Seven days after I was handed the home-study report for the adoption process, I was holding a 15-day-old baby girl in my arms. Apparently, my adoption of Isabella is the fastest ever recorded in Singapore.”

Sarah was more or less resigned to remaining single when Greg, a businessman from Dubai, lobbed into her life. She married him three years ago and in December last year the family moved to Dubai.

In typical style, she’s taken the move in her stride, running her operations remotely, while constantly tweaking the business model to lead an industry she is determined can do better.

“What we are doing has never been done before and no-one has had a lot of experience, so we’re bound to make some mistakes,” Sarah concedes. “But the only people who don’t make mistakes are people who don’t do anything. The system producing fashion is broken and we have the mindset to change it. We’ll get there.” 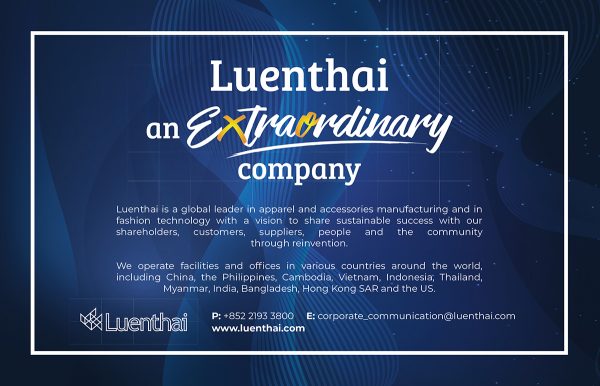