His childhood was spent traversing the world alongside his family – hungrily absorbing new cultures and ways of dressing, noting their respective points of difference.

So it’s not surprising that Stephen Chi’s formative travels would prove to be the perfect training ground for his future career, where he would utilise all he’d learned from years crisscrossing the globe and transform that into his footwear brand, Stella Luna.

“Thanks to my family, I was given a very international upbringing,” he smiles. “I was born in Taiwan, but grew up in Hawaii and San Francisco. Growing up in Honolulu and Northern California meant that I was always surrounded, from a very young and impressionable age, by that unique West Coast, casual-chic way of confident dressing. Later, my engineering studies on the other side of the country made me aware that design must always be paired with intelligence.”

This love for new ways of thinking meant that when Stephen was beginning to develop the ideas that would later form the basis of Stella Luna, it was near impossible for him to create a brand without inherently global sensibilities. 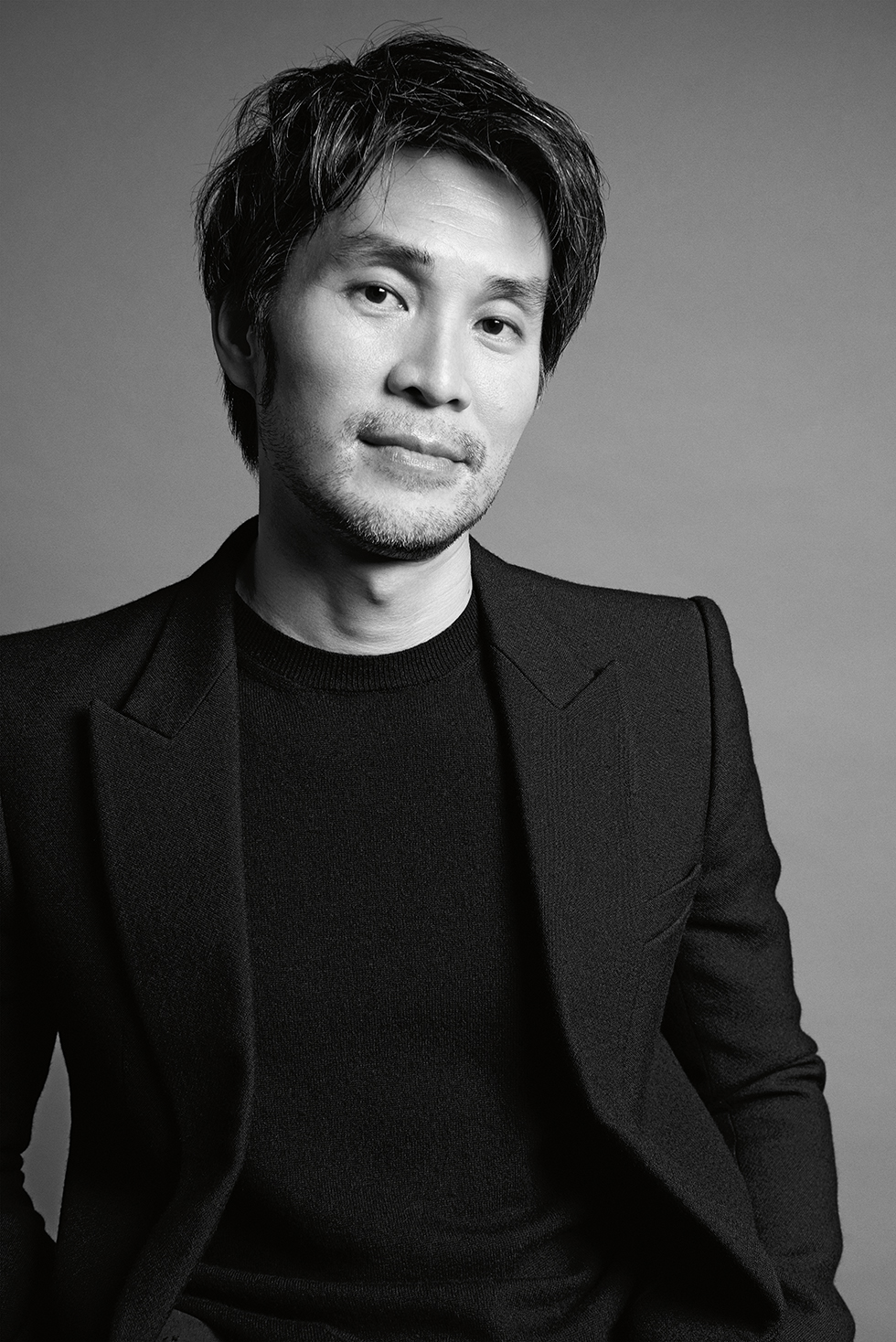 “I learned that if you’re open to accepting other ways of life and you’re adaptable, you’ll be able to experience the best the world has to offer,” he says.

“I’m proud of being Taiwanese and in awe of what the new generation of talent there is accomplishing today – there’s got to be something in the water that makes our small island such a world leader in design. But the truth is, my personal design outlook is probably more influenced by the unique track that my life has taken more than anything else.”

The outcome was a company that combined the best of multiple cultures – a seamless amalgamation of European design with Chinese manufacturing to produce an unrivalled level of quality. And despite the over-saturated and highly competitive global shoe market, Stella Luna stood on its own.

“Two clear elements set us aside from other shoe brands,” Stephen tells. “One is the modern attitude and the other is the unique international mix we rely on to transform that outlook into our final designs. We have our Paris design team offices, as well as an incredible Italian team overseeing all our leather sourcing. Add to that the world’s most advanced shoe manufacturing capabilities in China and you end up with a process that we have absolute creative control of, from start to finish, ensuring a type of excellence that few other brands can equal.”

I learned that if you’re open to accepting other ways of life and you’re adaptable, you’ll be able to experience the best the world has to offer.

Stephen’s shoe education started at a younger age than most. Growing up, Stephen was afforded a behind-the-scenes look at the industry, thanks to his family’s shoe production company, The Stella Group. Today, they are responsible for making shoes for numerous high-end brands, such as LVMH’s Givenchy and Prada, ECCO and Timberland.

“They were obviously a big influence,” he admits. “My family’s company is one of the world’s leading developers and manufacturers of superior footwear products. We’ve long been known for our mastery of design, development and manufacturing, both for women’s and men’s casual and fashion footwear. Major brands from around the world turn to us, drawn to our experience. We produce more than 55 million pairs of shoes a year – and that total keeps growing every year.”

But it was only once Stephen picked up the tools, so to speak, that he realised what was really involved in creating the perfect shoe. “When I first started working for the family business in 1996, it was important that I mastered each and every step,” he says.

“So I totally immersed myself in shoe production, working on the floor and experiencing firsthand what goes into every part of the chain of creation. It was exhausting, and hard work, but I loved every second of it and learned so much. It was that hands-on education from my time at The Stella Group – and the passing of knowledge from one generation to the next – that made it possible for me to found my own brand 10 years later.”

My family’s company is one of the world’s leading developers and manufacturers of superior footwear products. We’ve long been known for our mastery of design, development and manufacturing.

Collating his extensive experience and knowledge, and then identifying a gap in the market, Stephen set to work establishing his brainchild. After all his years at the family business, he describes the conception of Stella Luna in 2006 as “the next logical step”, something that felt both natural and exhilarating.

“Before I started Stella Luna, my travels and work made it increasingly clear to me that there was an underserved market of young, urban, stylish women living in the world’s most fashion-forward cities, who were looking for a selection of feminine yet cool styles every moment of their day,” he says.

From there, Stella Luna’s rise to the top was swift. Their first flagship store opened in Shanghai in 2006. There are now 125 points of sale across Asia in China, Thailand, the Philippines, Taiwan and Hong Kong.

Last year, Nicole Kidman wore a pair to the premiere of her film Bombshell, and a slew of other A-listers, from Anna Kendrick to Gabrielle Union, have also been spotted wearing the brand.

“A key moment was in 2016, when we first launched the opening of our three Paris flagship stores and established the brand within the European market,” Stephen recalls.

“With the best creative design team in Paris, we were hugely successful in building up brand recognition across European media and, later, burst onto red carpets in the US.” Stephen’s constant quest for perfection has meant that he “drives himself and the entire team absolutely crazy”, revising and refining details.

But with a background in engineering, being detail-oriented is all just part of a day’s work. “That education is part of what pushes me daily to make sure that I get the engineering right each time,” he says.

“I double- and triple-check at every step in order to ensure that the underlining structure is given as much importance as the design itself, to guarantee a comfortable, beautiful shoe.” Endlessly grateful for his family’s unwavering support, Stephen credits those formative years in the workshop with much of his brand’s ongoing success.

“Of course, building a brand is never easy. It’s always full of all sorts of challenges, and the work doesn’t stop; there’s always a new crisis to deal with each day,” he laughs.

“But I think that my family taught me well by allowing me to be well prepared for most of the situations I’ve faced.” Looking back on those early days, Stephen happily concedes that it was far from smooth sailing. But now, 14 years on, in spite of the myriad complications that go hand in hand with running your own business, he can’t wait for what’s still around the corner.

“All that initial hard work with my family’s company served its purpose because it allowed me to really immerse myself in this craft, giving me an understanding of each necessary element and training me very well for this nonstop adventure,” he concludes.

“As exhausting as it can sometimes be, overall it is such an exciting and wonderful journey. I truly love what I do and I think people can easily see that.” 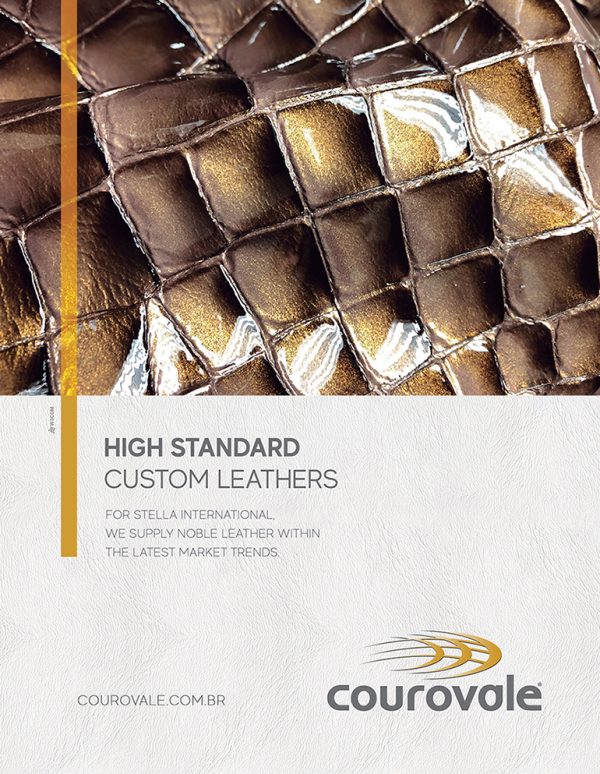