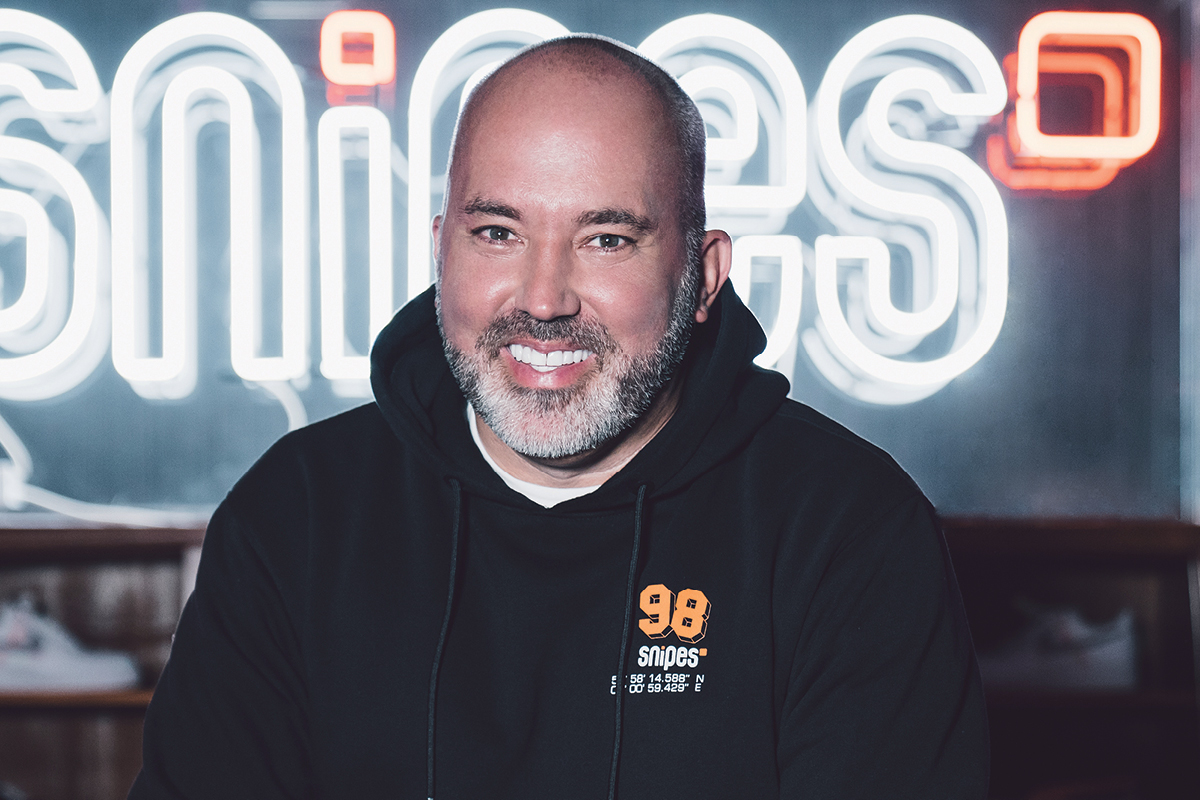 In the late 1990s, the heroes of hip-hop’s golden age had some of their greatest hits behind them, and the bling era was pushing hip-hop towards massive commercial success and mainstream appreciation.

Artists like A Tribe Called Quest and the Fugees were giving way to younger artists like Jay-Z and Puff Daddy, who started churning out the ‘jiggy’ hits that defined the turn of the millennium.

It was during this transitional period that Sven Voth, then a young hip-hop enthusiast, decided to set up a business that would honour his favourite art form by making street fashion and footwear accessible to the masses.

This is how, in 1998, Snipes was born. In the retailer’s early days, when there was just one Snipes store peddling the latest hip-hop fashion in Essen, Germany, a shortage of resources forced Sven to get creative. 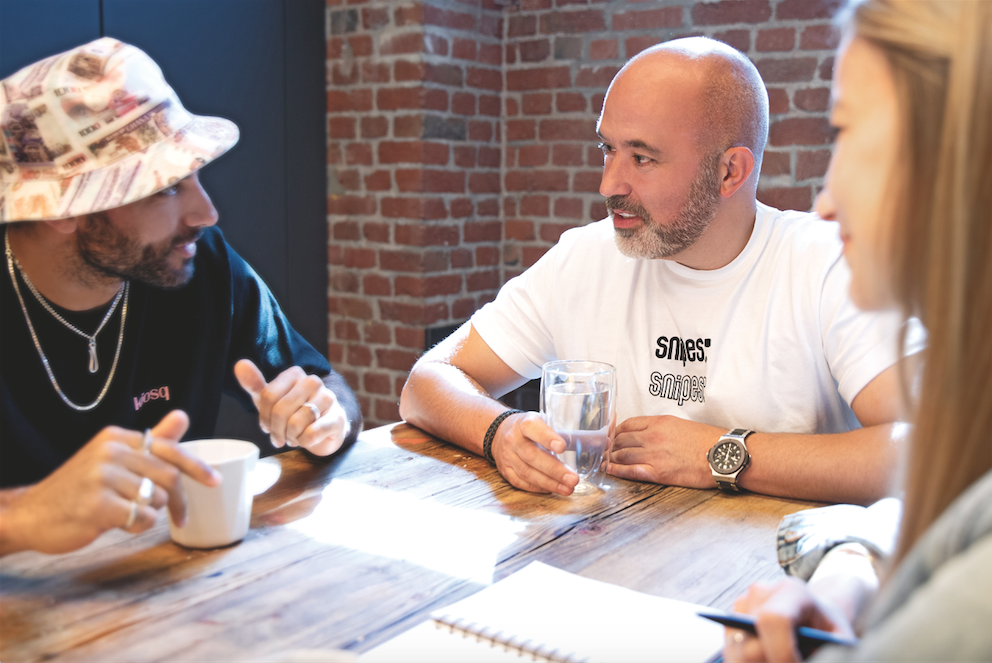 He initially hoped to name his brand Spike’s, but without the funds to purchase the rights to the name, he had to change a few letters and drop the apostrophe. When he couldn’t afford a proper paint job for the store’s interior, he filled it with street art, paying homage to the pastime of his youth.

“There was a lot of pressure to achieve strong sales numbers back then because we had no support from any banks,” Sven recalls. “But I always knew Snipes had the potential to be much more than just a retailer. I wanted to connect with my consumer and develop this hip-hop lifestyle. It was never about opening at 10am, closing at 8pm, counting the money and going home.”

Twenty-two years later, Snipes operates almost 300 stores across Europe and, in 2019 alone, opened 93 stores in the US. Moreover, the retailer has expanded beyond just hip-hop fashion to streetwear, forging partnerships with Nike, Adidas, Reebok, Fila and Asics, plus exclusive licences to distribute streetwear labels like FUBU, Sean John and Karl Kani, the latter of which is distributed by Urban Styles, a wholesale agency owned by Snipes Group.

“We are involved in an industry that could hardly be more dynamic,” Sven says. “Our motivation is not to react, but to set standards.”

With more than two decades as CEO under his belt, Sven has learned that the secret to success in fashion retail is that “you have to sell more than just the product”. Indeed, sales numbers are just one ingredient in the complex recipe of Snipes’ colossal growth.

To maintain its presence in the awareness of its customers, Snipes held a total of 288 promotional events in Europe last year – far more than any domestic retailer.

Moreover, starting with a visit by Michael Jordan to Snipes’ Hamburg store in 2006, the company has maintained a star-studded line-up of product partners, including artists like Wu-Tang Clan, Snoop Dogg and Rick Ross.

Last year, Snipes named mega-producer DJ Khaled its Chief Creative Officer. Such collaborations aren’t limited to big names in hip-hop. Last year, Snipes teamed up with Netflix for collections based on Stranger Things and Money Heist, and a collaboration with Sprite has just been announced. “This is how we get on everyone’s radar,” Sven says.

“It’s why we always say we are an entertainment event company with a little bit of retail.” These partnerships coincide with Sven’s belief that consumers increasingly expect in-store retail to be an experience that stirs positive memories and tantalises the senses.

It would not be unusual to walk into a Snipes store and see hip-hop music videos playing on several screens and staff dancing playfully on the sales floor. 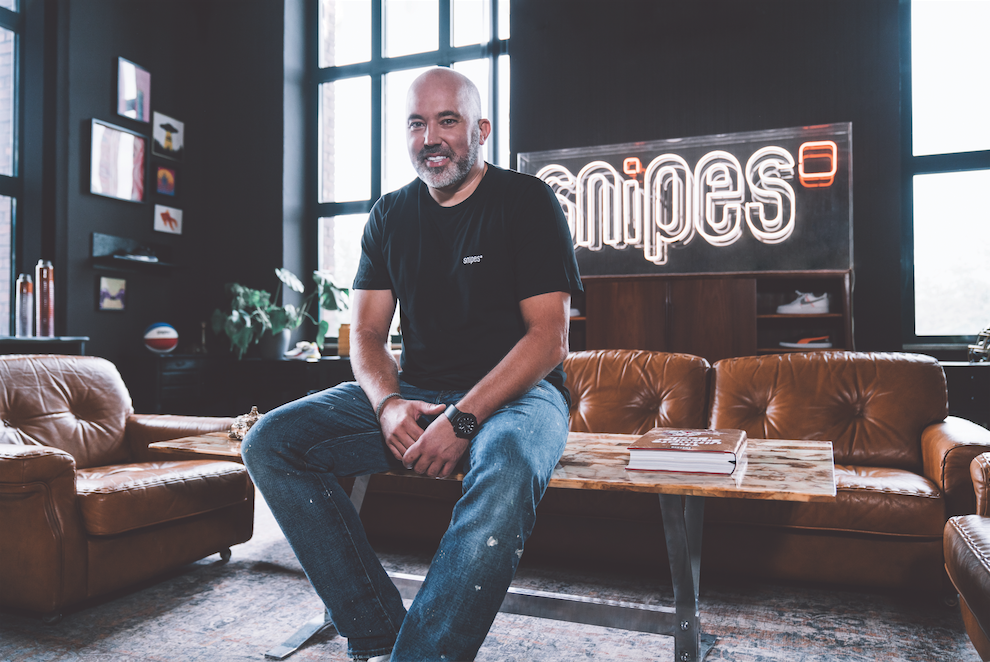 “People sometimes have reservations about our employees. Maybe they just look too cool, I don’t know. But our employees are actually our USP. They are well-trained and are very special people, both visually and professionally. We regularly receive emails in which parents who come into our stores with their children tell us about the positive experiences they had with our employees,” Sven says.

The appreciation flows both ways. Many Snipes employees have stayed with the company for 10, 15, even 20 years – a trend Sven attributes to the company’s efforts to involve its staff in events and assure them they are each an essential part of the company’s journey.

I always knew snipes had the potential to be much more than just a retailer. I wanted to connect with my consumer and develop this hip-hop lifestyle.

“More than any other professional achievement, I am proud of the family values that we have always fostered within the company. The closeness, the connection between colleagues here is simply incredible,” Sven says.

“It was through this closeness and transparency that we managed, as a unit, to overcome the effects of COVID-19 on our company this spring. We always describe ourselves as family, but if you could see all of the employees at the Snipes family party every summer, you would understand that it is not empty phrases.”

Stick to your roots

Transforming a local fashion retailer into a global brand, however, does not come without hitting a few bumps in the road. One such bump for Snipes was the crash of Lehman Brothers in 2008 and the ensuing global financial crisis. 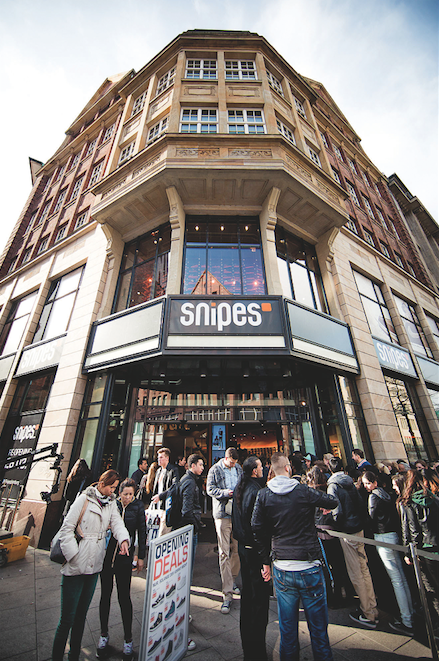 “I consider the Lehman crash to be a very formative and influential event in my career,” Sven says.

“In no other period since I founded Snipes were the challenges as concentrated as in this time after the crash.”

As the global economy slowed and sales dwindles, Sven had a choice – save money by cutting marketing and personnel costs, or spend more to maintain contact with the few customers still coming in.

“We ordered products and brands that did not suit Snipes or our customers, we worked with inappropriate testimonials and started unfortunate campaigns. Although we reached more people, we lost sight of our own DNA and authenticity, which threw us a long way back as a brand,” Sven says.

“During this time, I learned the meaning of ‘stick to your roots’ very clearly.” In the 12 years since, Sven has not let the memory of that turbulent period fade, and he keeps its lessons close at hand.

“Our brand is all about authenticity. We are raised from concrete. We do it for the kids in the street,” he says.

“If you look at the whole sneaker game and the other players, they have a sports heritage rather than an urban one, which gives us a chance to create a different assortment to the others. We have the chance to establish the streetwear look and develop our brand in both directions, which is a really big point of differentiation.

“We remain a cool, young, forward-thinking company, with a lot of growth potential for individuals. And we will maintain our own growth as a company by expanding our fleet. Opening 500 stores is a short-term goal to us. So expect a lot from us in the years to come.” 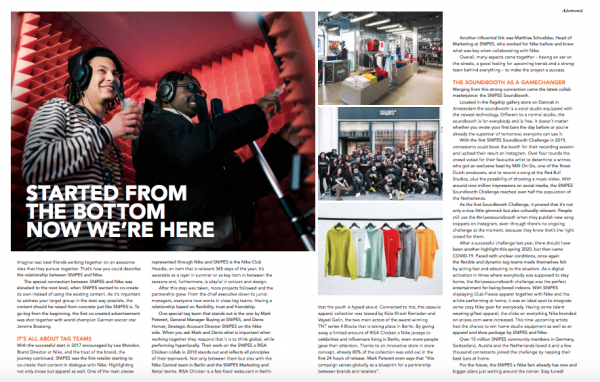