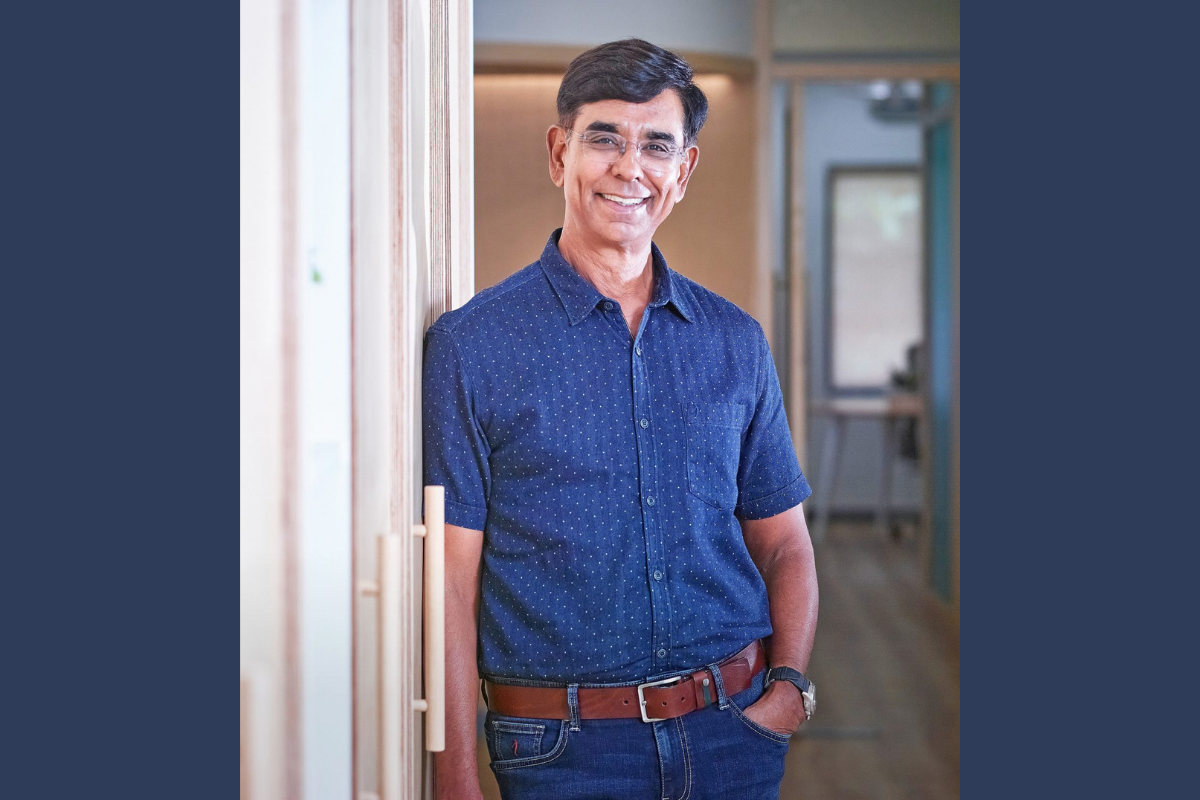 When asked about the inspiration behind the company, Venky Rajgopal traverses the history of sportswear. “In America, there emerged a design of clothing for women initially, with comfort at its core, which is how sportswear as a fashion ideology emerged,” the Founder shares with The CEO Magazine.

Venky wanted to bring that philosophy to the everyday Indian man and so he launched his own company. “When Indian Terrain started in the year 2000, we were geared towards making sportswear for the Indian market,” he says. “There was never any doubt in my mind that this would be a brand to serve the Indian consumer.”

But it has been over 20 years – many classic brands, meanwhile, failed to replicate initial achievements. Indian Terrain’s success, however, can be credited to its balanced approach.

“The sportswear philosophy has remained constant, and that’s why the brand has grown, evolved and established a niche for itself over two decades in India, and still remains very vibrant. What has changed is the understanding of who our consumer really is,” Venky explains. 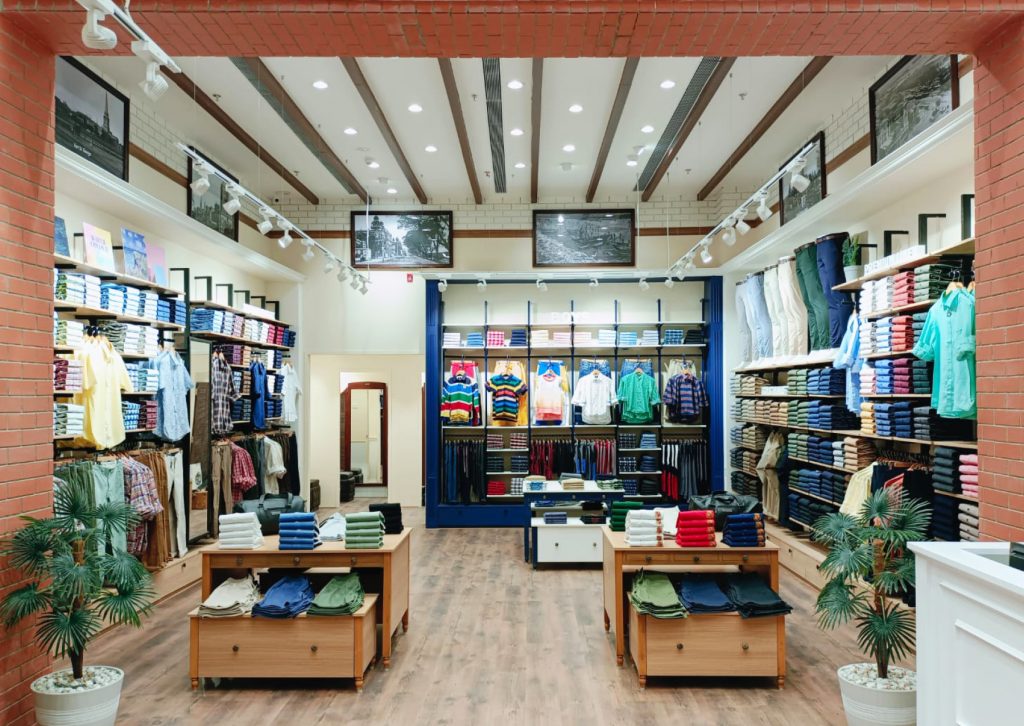 The sportswear philosophy has remained constant, and that’s why the brand has grown, evolved and established a niche for itself over two decades in India.

During the last two decades, as a small brand, the company piggybacked on the growth of large-format stores like Lifestyle and Shoppers Stop. “We opened smaller outlets or they gave us store space in their formats. That’s how Indian Terrain grew,” Venky says. When the ecommerce boom hit India, it used Amazon and Flipkart to stay relevant. Finally, when the pandemic came, it pivoted towards making indianterrain.com its online identity.

The Indian brand from Madras

Right from the onset, Venky fought for his company’s Indian essence, which he calls the “emotional differentiator” in today’s market. “There is a certain xenophobic need to sound Caucasian, a need to sound like your provenance was from the West,” he says. “That’s why you’ll see most of our competitors have names that are very, very Western sounding. Indian Terrain, 20 years ago, was seen as a risk in terms of how aspirational the brand would seem to a young consumer.”

Venky is happy that he stood his ground and Indians now take tremendous pride in what the country represents for them. To create a brand rooted in Bharat, he used a tidbit of history. Yale University, the pioneer of young American sportswear, was named after the governor of Madras, Elihu Yale – the same Madras where Indian Terrain was born. “We started spreading the legend of how we were born in Madras. We didn’t call it Chennai. We say we were born in Madras. And our product is international in its inspiration and styling.”

He has a unique view of what apparel means to Indian consumers. “Clothing is a second skin,” he says. “You’re emotional. You get very attached to the clothing, to the brand you wear. I needed to give it a skin that you will want to wear, which you will hesitate to discard.”

Now the single biggest differentiator of Indian Terrain is that I have a story which emotionally connects with my consumer, with my community.

His efforts of building a community have paid dividends. “Now the single biggest differentiator of Indian Terrain is that I have a story which emotionally connects with my consumer, with my community. I can’t overemphasise what it feels like out there to have a story.”

Strong emotions propel a brand to new heights. Apart from monthly sales numbers from large-format stores, Venky measures success with team performance. “When we talk about marketplace share, we hold our teams in design, product development and product sourcing accountable and true to the sportswear philosophy,” he explains. The other metric is the effective use of technology to understand consumer buying habits and improve funnel conversions.

The cornerstone of success

Similar to the consumer community, Venky believes in building long-term supply chain partnerships. “I have absolutely made this a cornerstone that a brand that does not have a supply chain relationship at the foundation of its growth is never going to succeed. That has been the principle,” he shares.

He has carried forward the lessons he learned at Celebrity Fashions, the former parent company, to Indian Terrain. He first scouted for five early-stage investors to build plants that only cater to his company. He invested along with them and set up plants to grow together. Venky has 10 annual awards reserved for supply chain partners and makes sure they can jump the queue whenever they visit Indian Terrain offices. “More than anything else, they’re evangelists for us. They are ambassadors of our goodwill as a company,” he shares. “They speak to so many people and say, ‘You know what? You should work with Indian Terrain.’ When I look for knitwear or sweaters in Ludhiana, I’m amazed as to how word about how we work with our suppliers has already spread.” 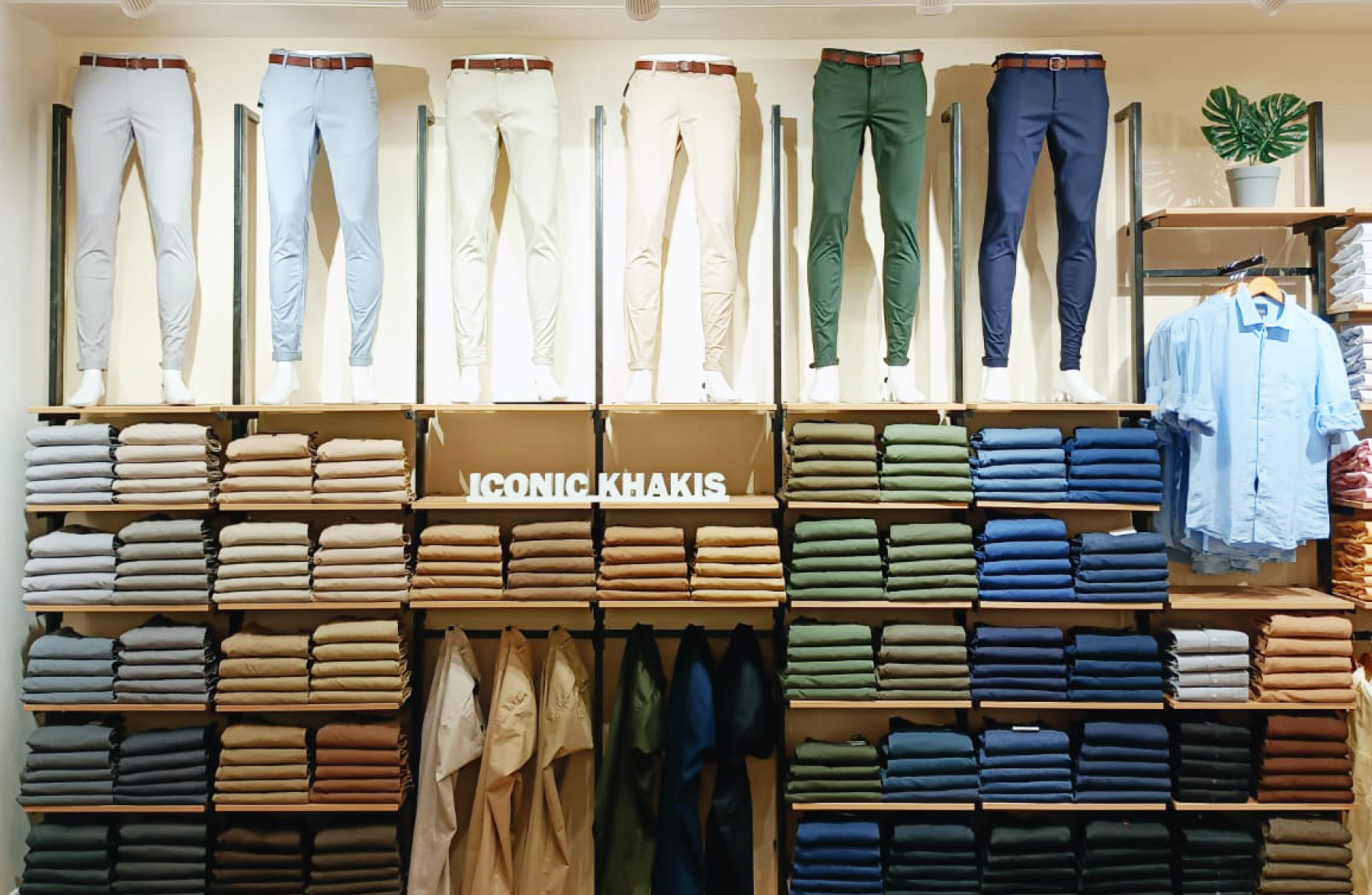 Indian Terrain has 15 key vendors that are crucial to its success. In the trouser category, it has three core suppliers, in men’s shirts, it has six, and in knitwear, it has two. Consequently, Venky is able to run a never-out-of-stock program for in-demand products. Thanks to good planning, the key vendors help the company with speed to market and timely replenishment. “Without them and their commitment to us, a lot of our constant allure year after year would have been very difficult to sustain,” he says.

According to Venky’s internal survey, the brand is teeming with potential. “To my pleasant surprise, I found that Indian Terrain remained a very fresh brand in the minds of the people who were interviewed. There was no sense of fatigue for the fact that it has been around for 20 years.”

In 2015, the company introduced the Indian Terrain Boy brand. After months of development, the line-up is set to scale in the ecommerce space in the coming years. Understanding ecommerce has been a priority for Venky. Before the pandemic, it was perceived as a liquidation channel and the discount model stunted the company’s growth. Post-pandemic, things have changed and the company is looking to focus on value and desire over discounts for the indianterrain.com domain.

Last year, the company opened about 40 stores, 80 per cent of them in Tier-2 and Tier-3 towns. They’re all doing well.

Indian Terrain is aggressively planning to launch more stores, with the majority beyond the megacities. “Last year, the company opened about 40 stores, 80 per cent of them in Tier-2 and Tier-3 towns. They’re all doing well,” Venky says proudly.

“If we get this mix of presence and desirability of the brand and the salience, can we keep this up for the next three to five years?” Venky ponders. So far everything is pointing in the right direction. 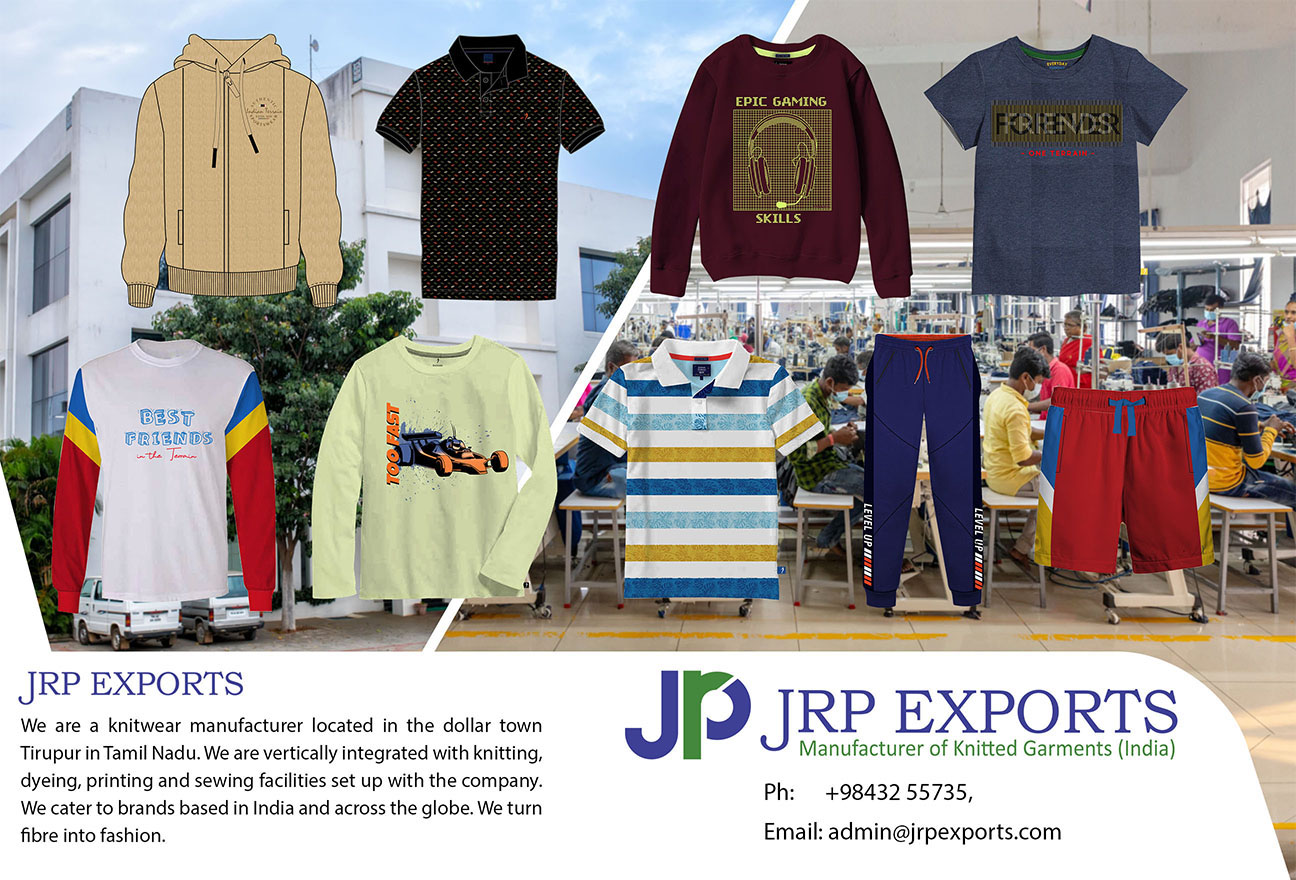 JRP Exports
“JRP Exports has had a great decade-long working relationship with Indian Terrain, which is well known in India. Its reach has given us extensive customer research and market insights. Its professional approach also ensures our transactional relationship is seamless and successful.” – S Jaganathan, Managing Director, JRP Exports 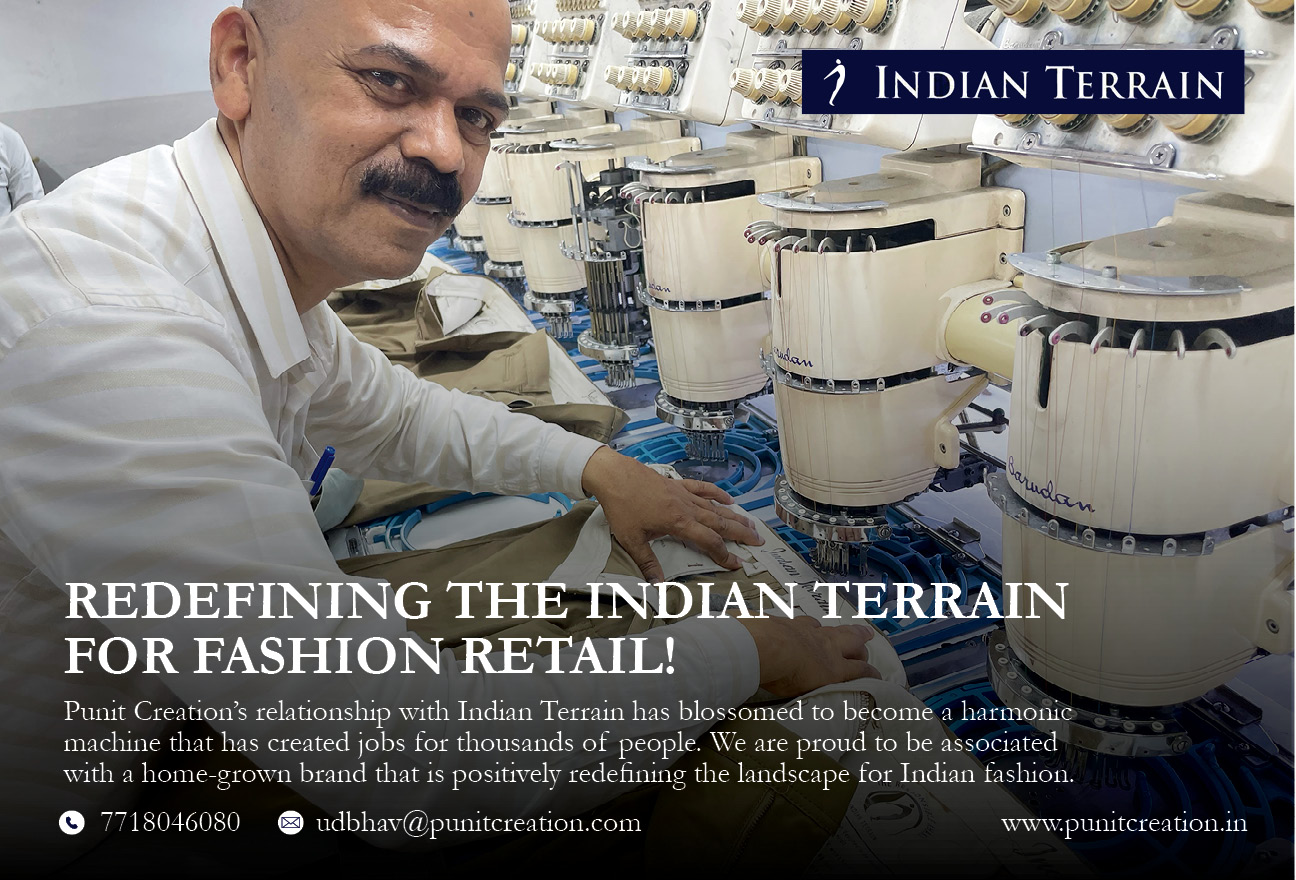 Punit Creation
“Punit Creation’s relationship with Indian Terrain has blossomed to become a harmonic machine that has created jobs for thousands of individuals. We are proud to be associated with a home-grown brand that is positively redefining the landscape for Indian fashion.” – Manoj Agarwal, Managing Director and Founder, Punit Creation, India