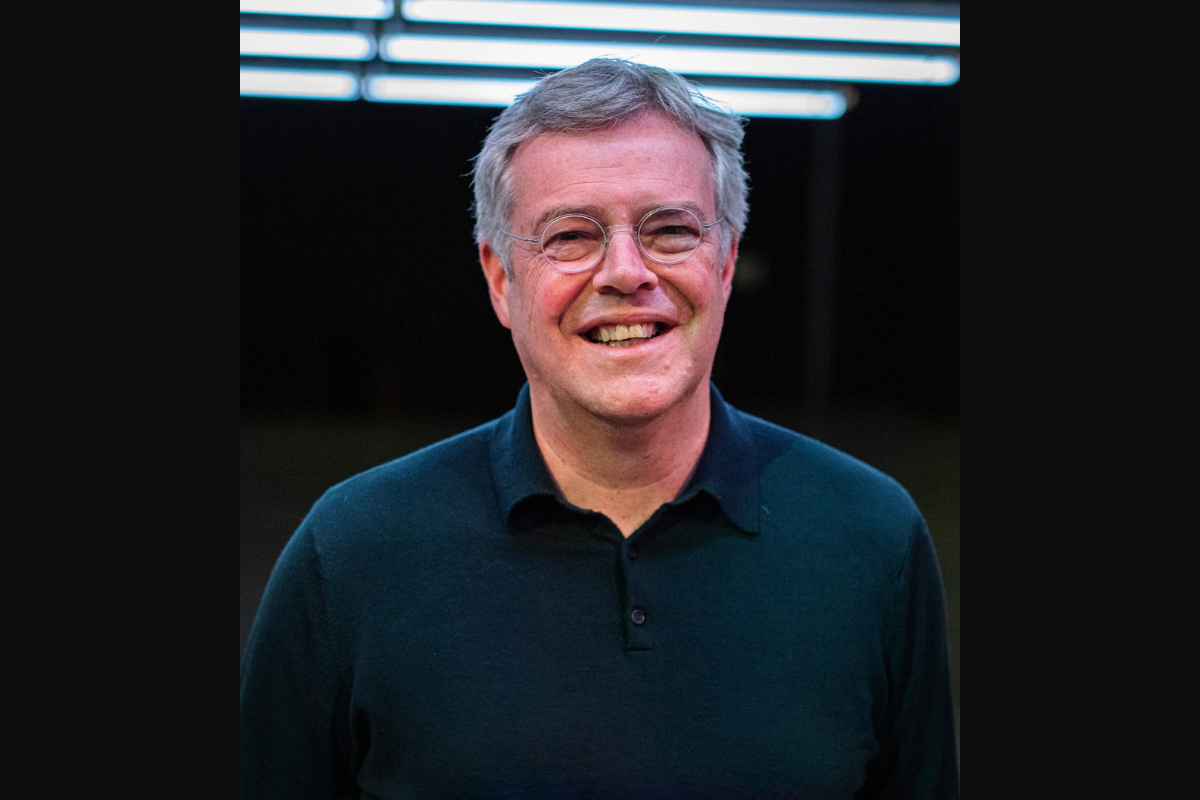 Imagine having the flexibility of owning and using a car, but for a fraction of the cost. A bit like Netflix for your car, innovative trailblazer Lynk & Co gives users “exactly as much car as you want”, without all of the tedious and tricky aspects usually associated with car ownership, like insurance and maintenance costs. Instead, you pay a monthly membership fee to either have a car of your own, or to borrow a car from other members.

“The world is evolving, consumer trends are changing, sustainability is finally starting to matter,” Lynk & Co Founder and CEO Alain Visser explains. “People care less about owning things and more about doing things. There’s a massive opportunity here. New companies are breaking down industries – Uber breaks down the taxi industry, Airbnb breaks down the hotel industry, Spotify breaks down the music industry, Netflix breaks down the broadcasting industry. And what happens in the car industry? Nothing.”

After 35 years working in the car industry, Alain had hit a point where he felt disillusioned. “I’d worked for General Motors, Ford and Volvo, and had always been truly shocked that nothing happens in the car industry. It claims to be extremely innovative and I think it’s just not true. We all make cars, design cars, engineer them, build them in our big factories and then ship them to dealers and dealers sell and service them. And that business model has existed for decades.”

Determined to disrupt the industry, Alain set to work formulating an alternative to how things had been done up until this point. “When I was offered the opportunity to start a new car run I thought, wow, instead of bringing a new car onto the market, let’s have a new mobility concept and create a brand that’s cool. And instead of having dealerships where nobody wants to go, why don’t we create a brand with clubs where people like to hang out, and where it becomes fun and creates emotions around the brand, rather than just show off what a great car we have?” 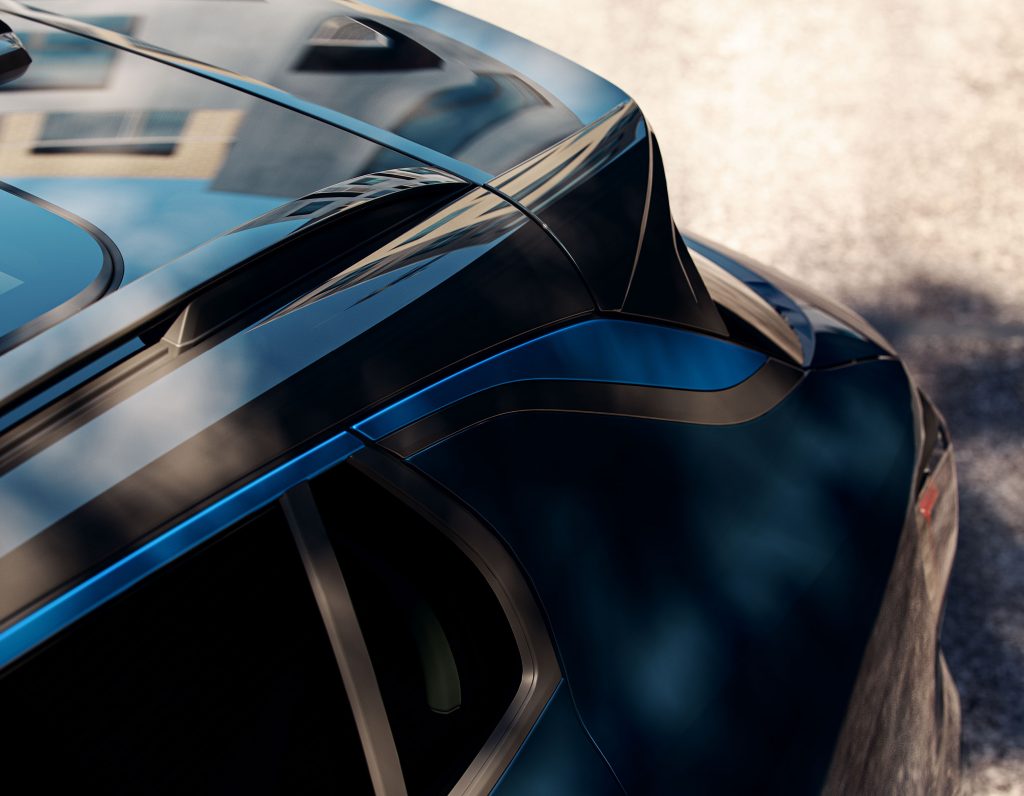 Thus, in 2016, Lynk & Co was born. “Our intention is to increase the utilisation of a car,” Alain explains. “We started with the brutal fact that the average car on this planet is used for four per cent of its time. It stands parked 96 per cent of the time. So we said, ‘Let’s do that differently.’ You pay a monthly fee, €500, and then in our app you can share that car to anybody you like and reduce your costs. The more you share it, the lower your cost is, and the more you create a sustainable footprint – because our intention is not to get as many cars as possible on the roads.”

While Alain has always been steadfast in his belief that what Lynk & Co was creating was groundbreaking, he admits that starting out was far from smooth sailing. Along every step of the way, he faced doubt from external parties. “I’ll be very honest,” he says. “When I went to China the first time to explain the idea, they looked at me as if I had smoked the wrong substance. So it was not: ‘Great, do it. Here’s the money.’ They thought: ‘This is just wild. We cannot do that.’ But I went back and back.” 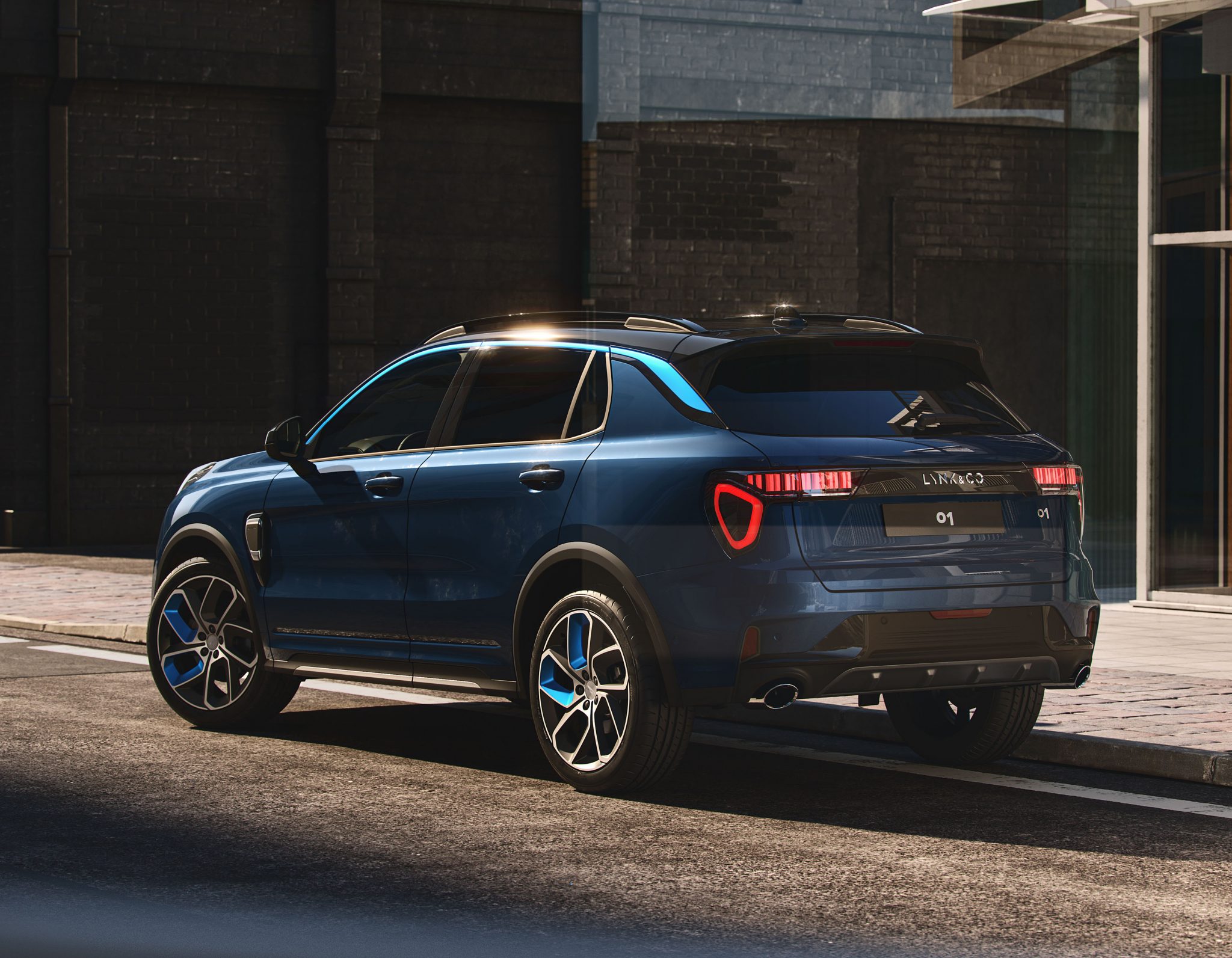 The world is evolving, consumer trends are changing, sustainability is finally starting to matter.

Eventually, car giants Geely Auto Group and Volvo realised the brilliance of Alain’s idea, and joined forces with Lynk & Co to tailor-make a range of unique, high-quality vehicles that would form the basis of membership offerings.

Even once they’d started the process, he recalls, “The CEO of Geely asked me at least every second month, ‘Alain what you’re doing doesn’t exist. Nobody’s done it. Isn’t it a big risk that it may fail?’ And I always told him, ‘Yes, it’s a big risk. But doing exactly what the others do and hoping that we’ll do it better is a much bigger risk.’ And I still believe that.”

As a leader, Alain hopes to be someone who inspires people, who is able to translate to his employees that “they are contributing to something that adds value to the world, rather than just making money”. In addition, he emphasises the importance of a clear company-wide goal – “they need to know where the train is going” – and a collaborative mentality that ensures staff feel valued and utilised. As a result, he believes he has a world-class team helping him continue to develop and evolve his brainchild. 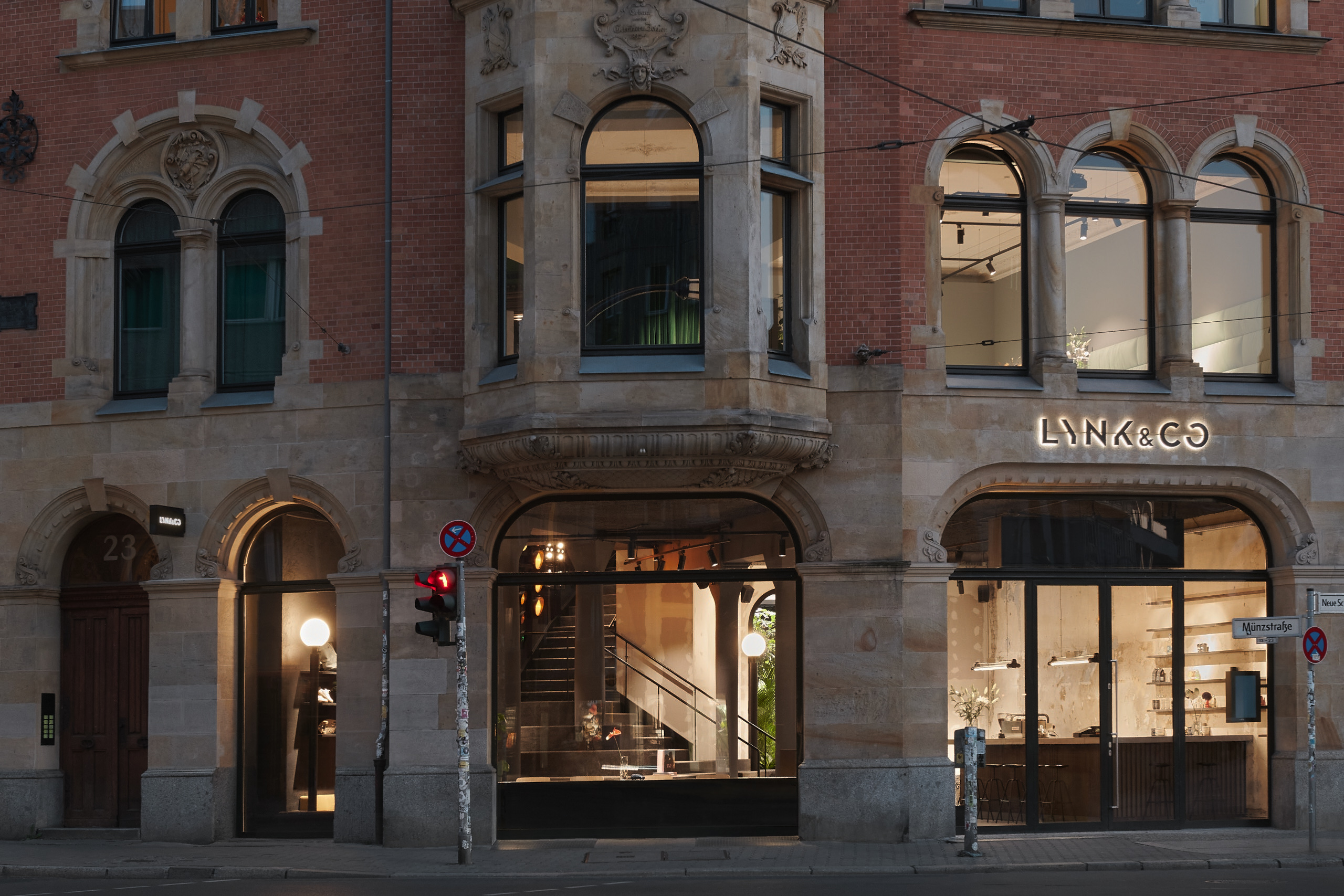 As a leader, you need to acknowledge that everybody who works for you is better at at least one thing than you are.

“My philosophy has always been that, as a leader, you need to acknowledge that everybody who works for you is better at at least one thing than you are,” he reflects. “I hate leaders who think that because they’re the boss, they decide everything. I don’t know whether we are getting better people than I’ve seen in the past or whether it’s just that they are allowed to show their talents. If you give people the chance to be part of something and not tell them what to do, but ask them where they can contribute in this mission, it’s just unbelievable the things you see – it’s an enormous source of innovation.”

Curious about what we can expect from the company over the next few years? Alain has plenty of ideas up his sleeve, as well as plans to continue expanding into other markets and regions across the world. “We’re only just getting started,” he enthuses. “We have deliberately not done almost any marketing, other than social media at a low level, and some public relations. We’ve been testing the water and have been amazed by the fact that we had a target of 9,000 members for 2021 and we’re now at about 33,000. So, the demand is way beyond what we had even hoped for.”

It may still be the new kid on the block, but Lynk & Co has its sights set on a global revolution – and Alain is proud to lead the way. “You’ve really got to believe in it,” he says. “It’s not easy because you’re looked at like the odd child in this industry. I started alone, but the fun thing is that the people who have joined are all on that mission; they’re all on board.

Arvato Financial Solutions helped Lynk & Co to roll out its innovative car subscription and P2P sharing platform across seven European countries in a short time by making sure that all the complex financial processes in the background run smoothly. 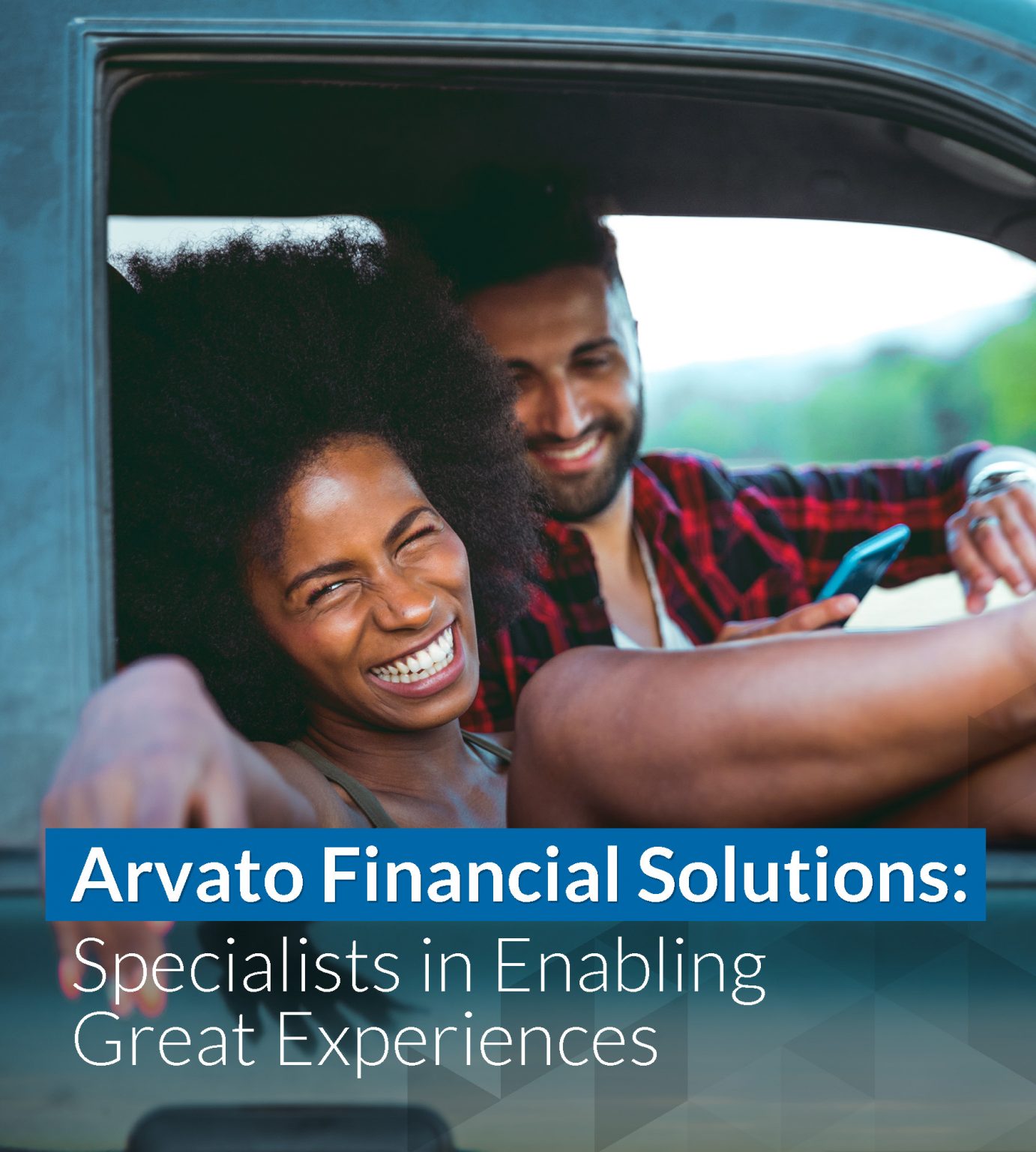