Driving into the future: Bertrand Figueras 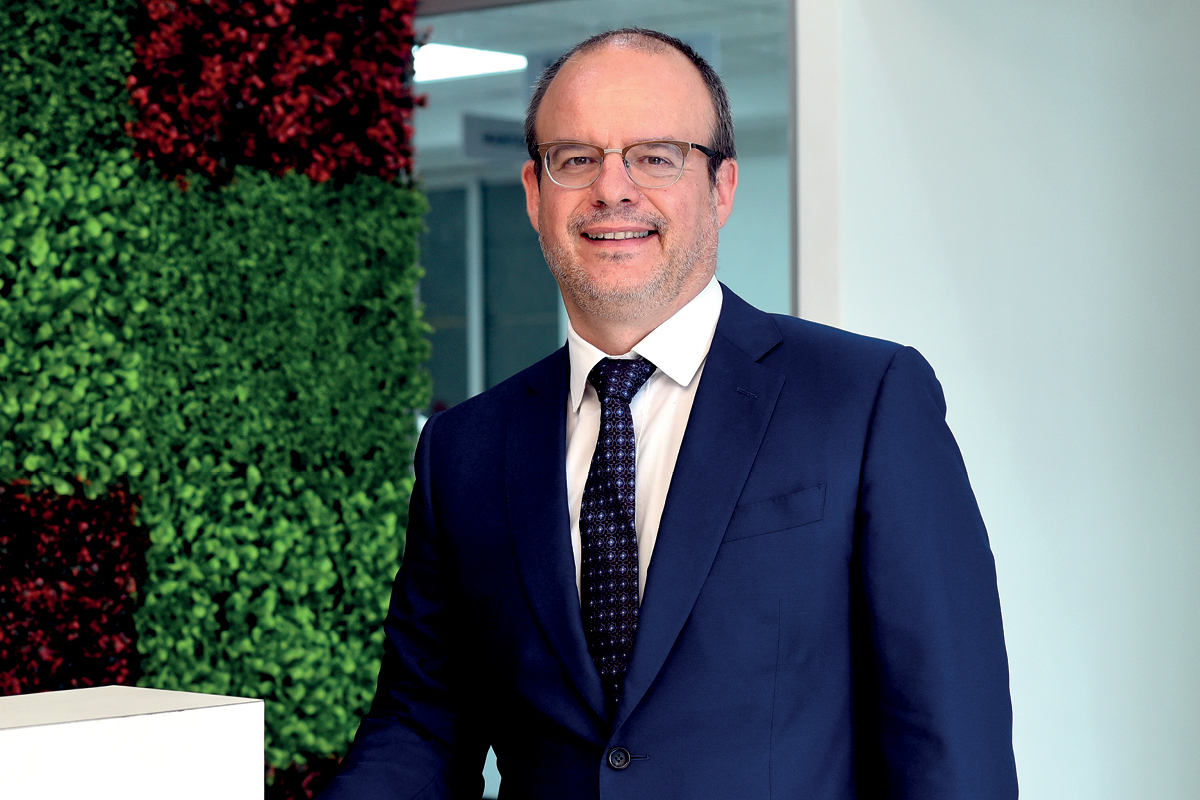 Bertrand Figueras is definitely a man of science. As a physics engineer and the General Manager of Faurecia Clean Mobility India, he is immersed in the complex technology that will define our future and the way we drive. Think cars powered by fuel cells, autonomous driving and seats programmed with massage capabilities. Think air emitted from an engine being cleaner than the air sucked in. Think big. Think smaller. Think better.

Bertrand clearly thinks a lot and admits he always has. “I was a curious boy and as I continued my studies at the National Institute of Applied Sciences in Lyon, I always wanted to understand the science behind any topic,” he reflects. “I read a lot of books to grasp the theory, the depth of any problem.”

However, as much as Bertrand’s scientific brain delves naturally into the depths of research and developing innovation, he’s equally passionate about people and what makes them tick. His leadership exudes insight and influence, and it’s a fitting coincidence he shares his birthday with India’s greatest soul-searcher, Mahatma Gandhi.

“I arrived in India on my birthday, 2 October, in 2018,” he remembers. “It was a national holiday celebrating Mahatma Gandhi’s birthday. It made me think I was almost predestined to come to India.”

Faurecia, headquartered in Paris, has a global workforce of 122,000 people employed across 300 sites, including 35 R&D centres, in 37 countries. Over the past 15 years, Faurecia has significantly invested in technologies to meet the stringent regulations introduced globally to reduce the environmental impact of car emissions. The company is at the forefront of this automotive revolution, principally pushing four megatrends: connectivity, autonomous driving, ride sharing and electrification.

Bertrand’s own history with Faurecia spans nearly 24 years after he launched his career with the company as a key account manager in 1995. Since then, he’s enjoyed multiple roles including Product Line Marketing and Innovation Manager, Business Group Engineering Director and Senior CBU Director managing Ford, Renault Nissan, Toyota and Jaguar Land Rover and Cummins. 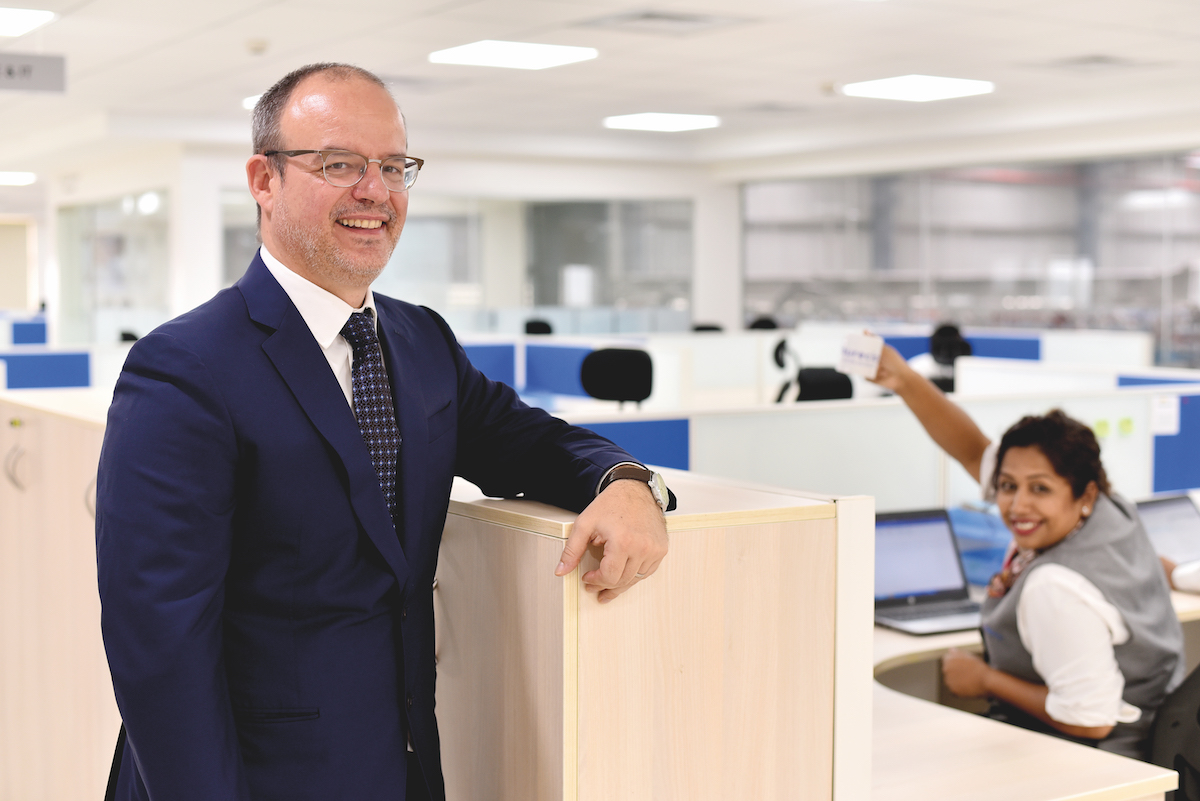 He arrived in Pune from France after spending the previous 18 months in Bavans managing 13 Faurecia plants across southern Europe. “During my whole career there has always been an alignment between Faurecia’s values and challenges and my own values and goals, so I have grown with Faurecia and achieved a lot,” he says.

“The company has grown very fast since it launched in the 80s. When I joined it was mostly European, employing just 8,000 people. Then when it became more international and when the Chinese market surged in the early 2000s, I took the opportunity to work in Asia. I became the Asia Technical Director, spending two years in Korea and another two in China, contributing to the exponential growth of our business.”

This year, Faurecia celebrates 25 years in India, having arrived in 1995 as part of the second wave of large corporations to bring business to the country. With Faurecia technology well developed and established in Europe, the US and Korea, Bertrand’s challenge is to attain the same standards and recognition in India.

So far, after just a year, he has ensured Faurecia technology conforms to BS6 norms, the sixth stage of the Bharat stage emission standards (BSES) introduced in 2000 by the Indian government to control the output of air pollutants from combustion engines. Stringent norms have been progressively rolled out since, with BS6 norms adopted this year and non-conforming vehicles banned from sale and registration.

“I am happy to say we are now ready to face these new challenges of the auto industry,” Bertrand says. “A big push here is for electric cars which obviously don’t need systems for emission controls. That’s why we changed our name in 2016 from Faurecia Emission Control Technologies to Faurecia Clean Mobility.

“We are focusing on three things – zero emissions from our combustion engines, work on electrification, and the development of fuel cell technology. The last is not yet in India, but I am convinced it will come and our goal is to become the leader in this field. There will be no winning technology; electric and fuel cell cars will cohabit.” 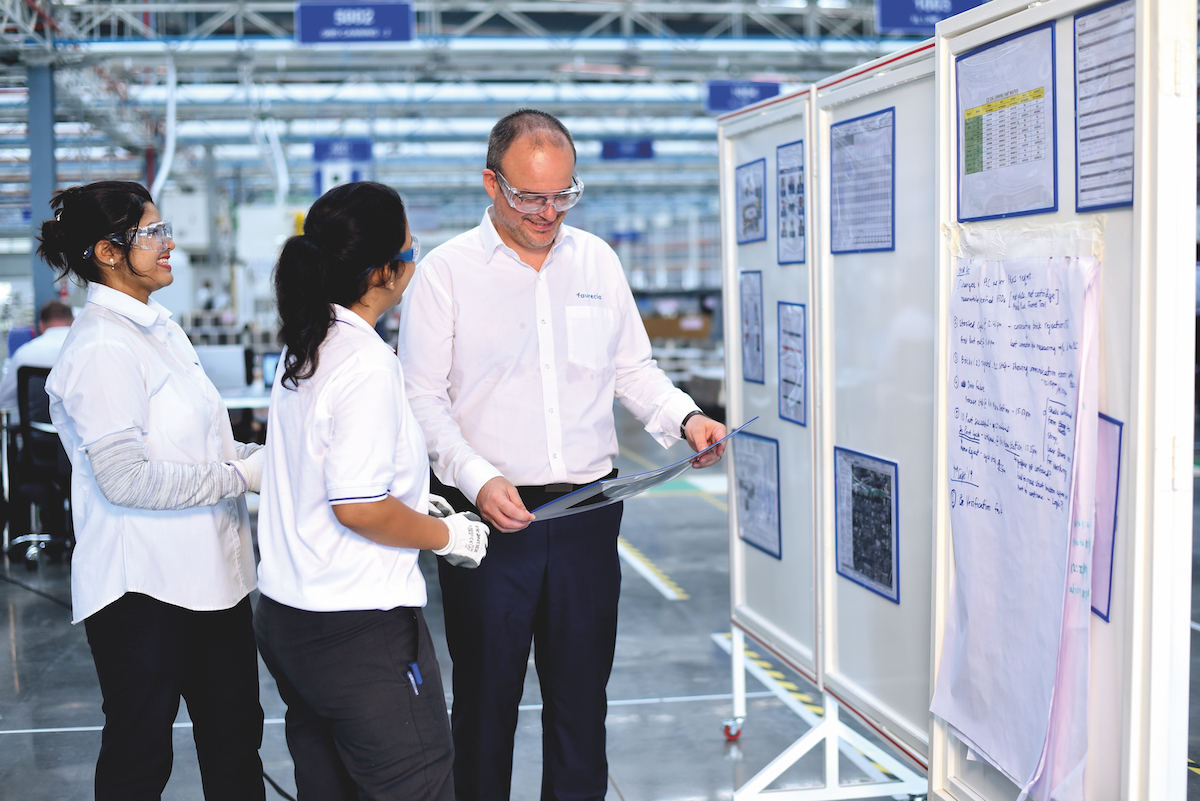 Meanwhile, Bertrand says his first major challenge after arriving in India was to adapt his leadership style to the Indian culture. Once again, he had to draw on his people skills to pull his team together as a united front.

“I am in India to share the knowledge I have accumulated over 24 years,” he says. “We have great, hugely diverse teams here and everyone at every level is committed to developing their skills. Our edge in India is our focus on people engagement, giving everybody the possibility to learn, and paying special attention to developing female leaders. I spend several hours per week coaching team members on technical aspects as well as leadership skills.

“I am in India to share the knowledge I have accumulated over 24 years.”

“We also have fantastic access to young talent emerging from universities and we rely on that connection to keep our engineering localised. At the moment, we have more than 2,000 engineers hired throughout India, which makes us Faurecia’s largest engineering community in the world – and we are continuing to grow. This makes us a very important hub for the company.”

Bertrand’s enthusiasm for his teams and their development is perhaps a hint that he shares more in common with Gandhi than just a birthday. His commitment to leading – and ensuring that those he leads become leaders of the future – is embedded in his DNA, and he’s been instrumental in developing numerous staff who have moved on to leadership positions.

“I am a people person and all about developing the leaders of tomorrow,” he says. “The automotive industry is a very dynamic and demanding business, and to succeed in an increasingly complex world, you can only win as a team. It’s all about engaging people in the vision. People come first, then the results.” 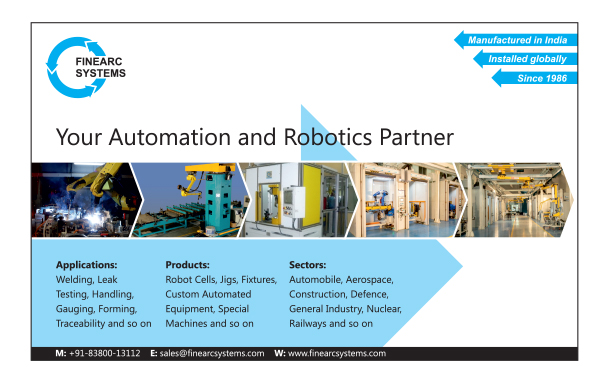