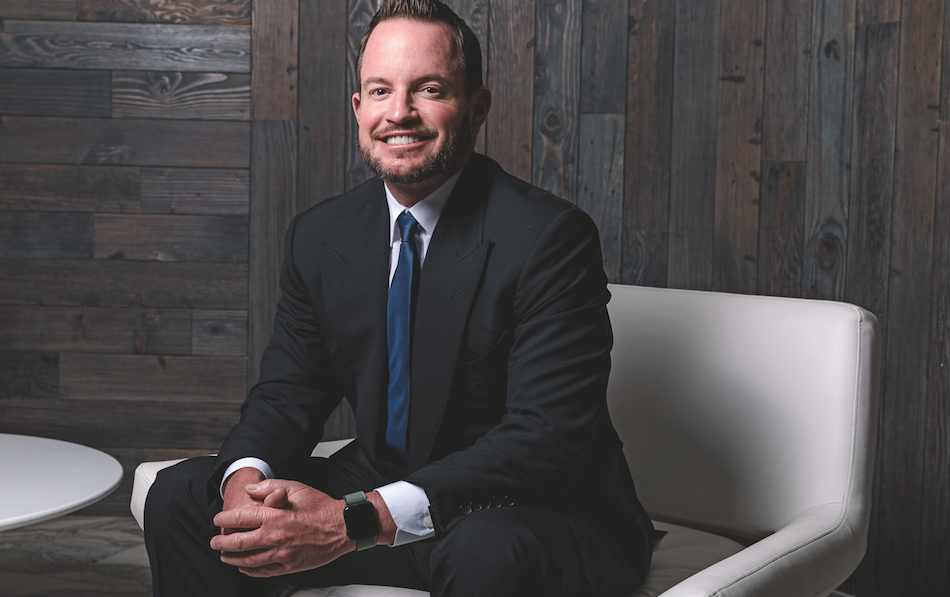 After graduating with a business degree from the University of Southern California (USC), he kicked off his career by selling cars at dealerships. “To be honest, after graduating, I was hoping to do something more than sell cars,” he says.

Bret worked his way through the business for seven years in various roles, including Salesman, Sales Manager and General Manager. In 2007, he moved into Westlake Financial Services, Hankey Group’s largest subsidiary, where he was eventually promoted to Vice Chair.

“I remember when we were a US$450 million company at the time in 35 states,” Bret recalls. “During my time there, I traveled with our Senior Vice President, and we opened up new locations in 15 states. I was able to get to know dealerships and representatives, and I hired new employees for Westlake. We grew our receivables list to where it is now, at US$10 billion.”

Bret has been President of Hankey Group since 2015. His father, Don Hankey, is the Chair and Founder. Named “the little-known king of subprime car loans” by Forbes, Don worked as a salesman at his father’s Los Angeles Ford dealership before buying it in 1972.

Our group of companies has a unique culture … We try to keep our head down and continue to push and grow.

Don believes that focus and execution are the keys to success. “We strive to grow revenue every year by at least 20% and keep our profit as a percentage of revenue above industry averages,” he explains on the company website. “I’ve been fortunate enough to have been under him for the past 20 years,” Bret says of his father.

“I’ve lived in Malibu for seven years and traveled to and from work with him. We eat breakfast and lunch together. He’s my best friend, mentor and business partner. He’s an incredible human being and works very hard.”

Founded in 1978, Westlake Financial Services is a technology-based, privately held finance company specializing in the acquisition and servicing of prime to subprime automotive retail installment contracts. 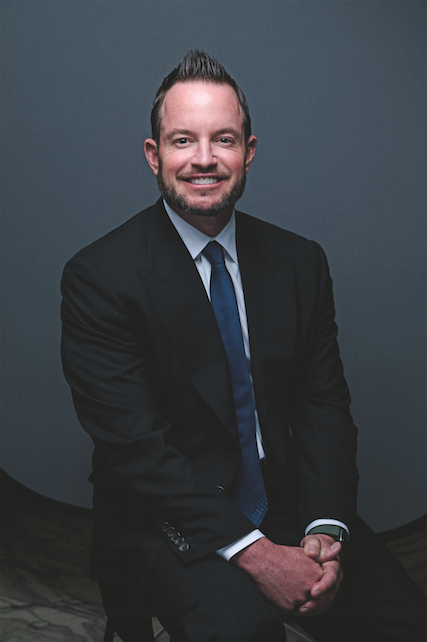 As of 31 March 2021, it has 2,479 employees and 580 dealer account managers in all 50 states, and the goal is to be the number one used car lender in both franchise and independent dealerships in the US. Hankey Investment Company is a fully integrated, private real estate investment, development and finance firm.

It offers short-term financial solutions for acquisitions, restructures and refinance opportunities on commercial real estate, and owns more than US$2 billion in real estate assets and US$850 million in bridge loans and construction loans.

Nowcom Driving Technology is a software development company established in 1996 that produces industry-leading technology with thousands of employees. “Nowcom does all the software for our group of companies,” Bret says.

“It has a dealer management system, called DealerCenter, a CRM application and websites for over 13,000 dealerships.” Automotive services company Midway Auto Group specializes in rental, leasing, sales and supply.

Focus and execution are the keys to Hankey Group’s success. In addition to its goal of growing revenue by 20% each year, with a 30% return on equity, its focus on profitability provides opportunities for growth within the organization. “Investment in our people has always been the underlying key to our success,” its website states. “Lastly, growing our business, focusing on technology, increasing efficiencies, empowering people and having fun while we are working are what make us who we are today.”

With more than 1,867 vehicles in its fleet and offices in West Los Angeles, Downtown Los Angeles, Beverly Hills, LAX, Santa Monica and North Hollywood, Midway provides concierge services to some of the most exclusive clientele in Los Angeles.

Knight Insurance provides capital support and underwriting capability to profitable niche insurance program businesses. It has around US$757 million in equity and US$1.7 billion in assets. Don purchased North Hollywood Toyota in 1988. It’s one of San Fernando Valley’s leading dealerships for new and certified used Toyotas and tracks more than US$151 million in revenue. It also has a professional and highly qualified service department, parts department and body shop. Lastly, HFC Acceptance provides fleet financing to franchise and independent car rental companies.

It is the only fleet finance company that has been funding customers “without interruption” since 1980. “My dad’s hard work and vision have enabled all of the companies to grow,” Bret says.

As long as we’re growing, our employees can grow as well.

“The company presidents have done an outstanding job, and I’m fortunate to be a part of it. I’ve been here 20 years and believe I can succeed with the foundation that has been created. I love work, and that’s why I’m successful.”

Hankey Group as a whole fortunately hasn’t experienced many challenges due to COVID-19, apart from its rental car company, Midway Car Rental, which experienced some losses. 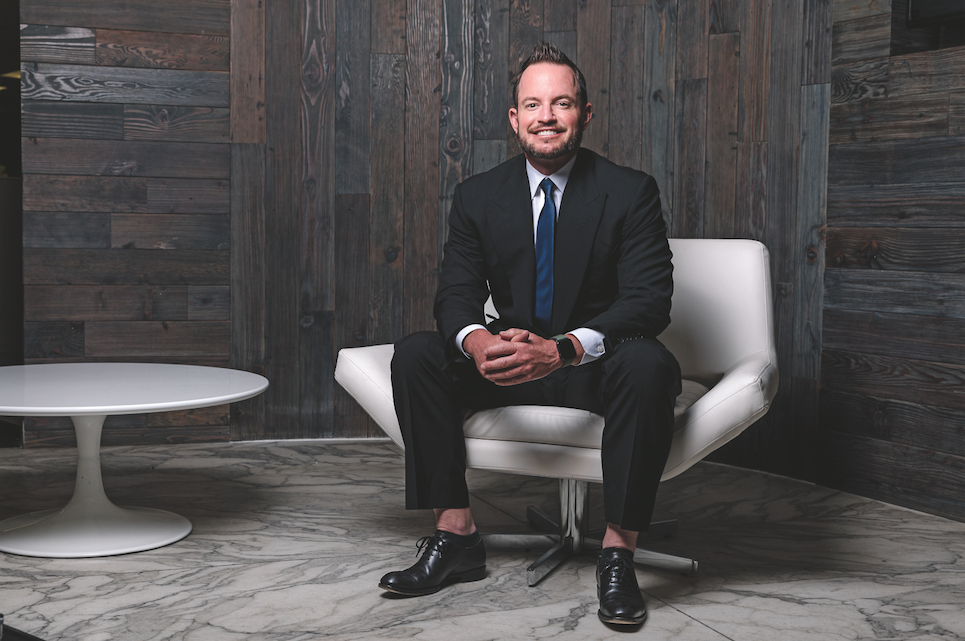 This is unsurprising, as the Wall Street Journal reported the entire rental car industry had sustained a “dual blow by a steep drop-off in business as people and companies canceled travel plans, and a nosedive in resale values for their fleets”.

Bret admits that 2020 was difficult for him and the Midway Car Rental team. “We had to downsize and reorganize the company, but I honestly think we’re stronger now as a result,” he says. Last year was tough, but it wasn’t the greatest challenge Bret has faced in his career at Hankey Group.

When the Great Recession hit in 2007, he was running two dealerships confronted by the declining economy. “I had to overcome the same issues that most businesses and car dealerships faced,” he recalls.

“I had to make some layoffs and eventually sell a dealership, which was difficult for me.” Bret’s hard work certainly paid off, and the company came out strong on the other side. Hankey Group has continued to thrive since – 20% year on year, with most of its companies seeing a 30% return on investment – which has enabled it to grow and promote from within.

As long as we’re ahead with technology, we’re able to provide information and tools to succeed.

“The consumer auto industry is doing well because its customers are making car payments,” he says. “This has helped us with our overall losses and delinquencies because used car values have been at high levels, especially over the past 12 months.”

Hankey Group’s vision is to continue creating better-than-average technology, to have betterthan-average marketing, gain market share through its subsidiary companies and always maintain the 20% year growth and 30% ROI.

“It’s pretty simple, but that’s worked for us over the years,” Bret says. “I think the technology component has made us stand out in the industry. We have around 300 developers. We have thousands of employees and offices in the US, Philippines and India. We’re good with risk and technology, which separates us from our competition.”

Though the business is widespread and has experienced resounding success, the culture remains humble and modest. “Our group of companies has a unique culture,” Bret says.

“My own philosophy is to work hard, stay humble. We try to keep our head down and continue to push and grow. Not only for owners but for employees, because they are also invested.” The company has a staff stock ownership plan, and employees now own 5% of the business. “Less than 1% of most companies our size are owned by employees,” Bret points out. “We think it makes a difference to our staff. It’s a big motivator for them because they’re owners just like we are.” “People, purpose and passion” is the company motto, and Bret believes that instilling this belief in his employees and creating opportunities for them to grow, both financially and in terms of their careers, is essential.

“We are always providing growth opportunities,” he assures. “As long as we’re growing, our employees can grow as well. And as long as we’re ahead with technology, we’re able to provide information and tools to succeed.”

It’s not only in his career that Bret faces adversity. Just months ago, he experienced sudden cardiac arrest brought on by low blood sugar. After recuperating at home for five weeks, he was back in the office every day at five o’clock in the morning.

“I’m going in early to compensate for being a little slower while I’m still recovering,” he says, adding that he’s recovering at three times the normal rate. “It’s more challenging than I thought, but I’m still physically improving and constantly working at it.”

Bret’s resilience is astounding after encountering such a life-threatening situation. “It sounds funny, but I feel like I’m happier,” he confesses. “It made me look at life differently, for sure. I’m super grateful and feel fortunate to be OK and in recovery. I appreciate every day much more than I did in the past, including my family and even my work.”

Bret has type 1 diabetes, which can lead to greater risk of cardiac arrest when blood sugar levels drop too low. With the influence afforded by his current roles, he felt compelled to use his platform to be involved in more causes for the disease.

“I’m starting a foundation for diabetes, because I have the ability and means to do it,” he says excitedly. The foundation is partnering with Anne Peters, a world-renowned diabetes clinician and clinical researcher. 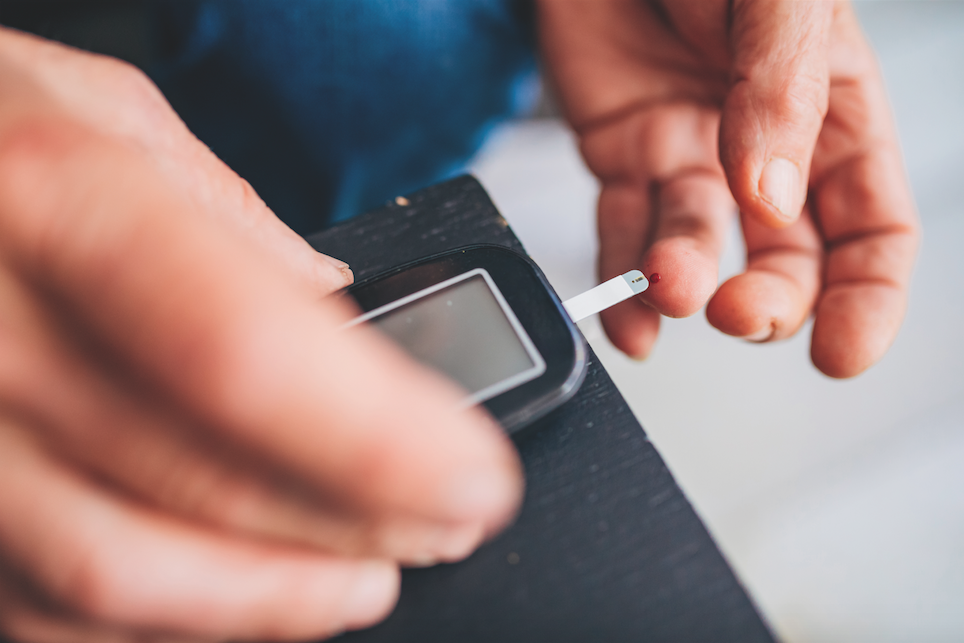 She’s currently a professor at Keck School of Medicine at USC and Director of the USC Clinical Diabetes Programs. She established the Community Diabetes Initiatives Research Center in collaboration with the Children’s Hospital Los Angeles, to which Hankey Group has recently donated US$2 million.

“We are going to help diabetics who struggle with amputation and blindness, who can’t afford insulin or need continuous glucose monitoring and insulin pumps,” Bret explains. “Anne is creating a dashboard and a team of people that can reach out to her patients that have low blood sugar. I’m super fired up about the cause.” 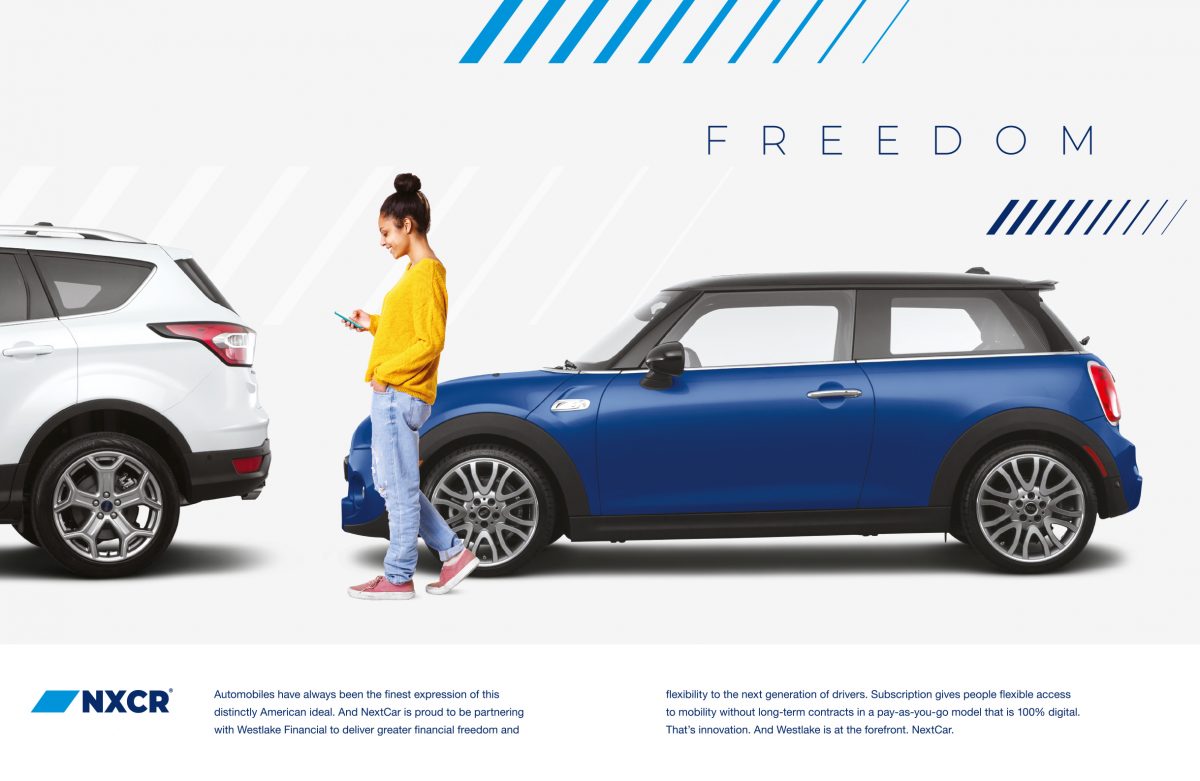 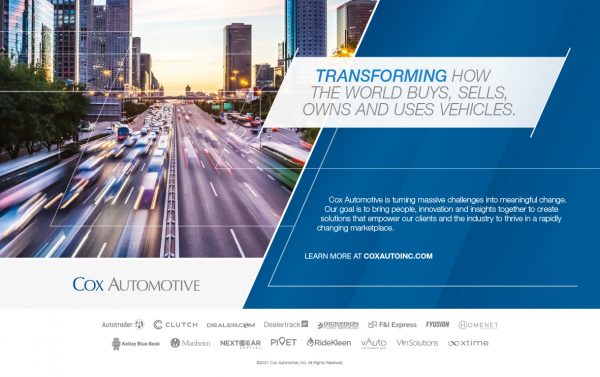 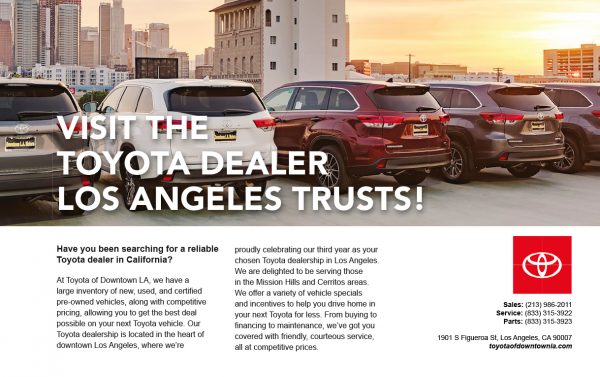 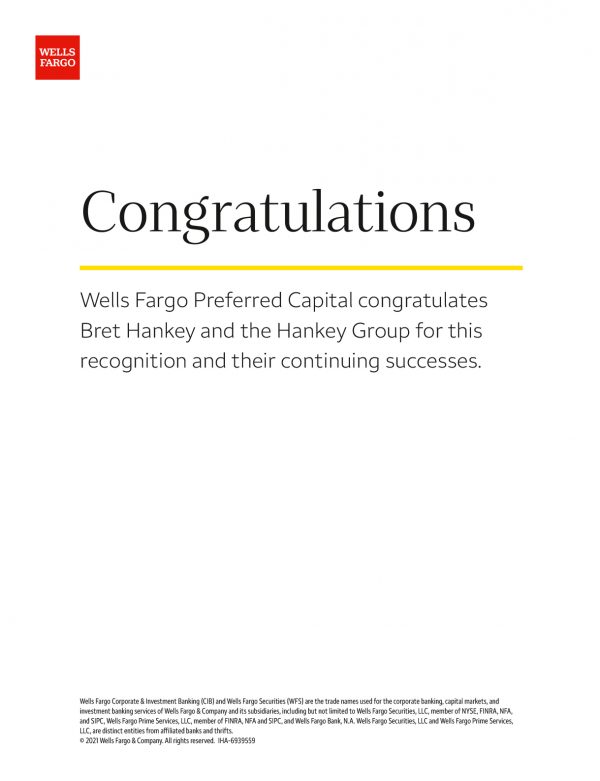