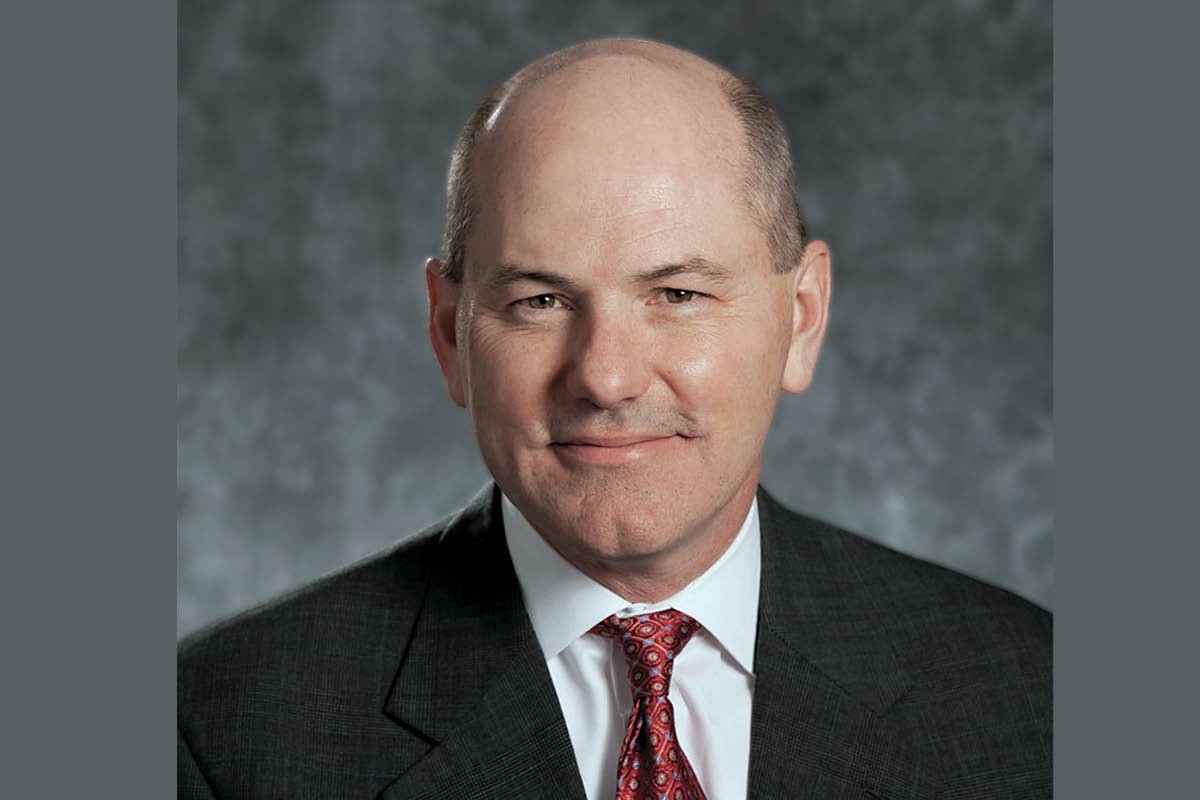 The world’s first US Federal Aviation Administration-approved supplier of 3D-printed structural titanium components, Norsk Titanium has grown exponentially since it was founded in the Norwegian industrial city of Hønefoss in 2004.

Developing its own proprietary technology in Rapid Plasma DepositionTM (RPDTM) has allowed Norsk Titanium to construct components with greatly reduced lead times, offering its clients solutions that are more cost-effective, have less environmental impact and that can streamline their inventory. The company has been particularly successful in gaining a foothold in aviation, where its ability to produce highly engineered and incredibly durable parts has made it an industry leader.

Its progress in this field saw it recently pick up the Aviation Week Laureate Award for Commercial Supplier Innovation, the aerospace industry’s most prestigious honour. Chet Fuller, Chief Commercial Officer at Norsk Titanium, says the accolade was a “huge recognition for Norsk and what we have been able to accomplish with Boeing”. The partnership Chet refers to involves Norsk supplying four different parts to the world’s leading aircraft manufacturer for its 787 Dreamliner model. He points out it is the only company to provide structural titanium components made by an additive process
for commercial aircraft.

Norsk’s titanium components are also highly versatile and are applicable to the offshore oil and gas industry, wind turbines, marine, and other alternative energy technologies. Last year, it successfully undertook testing of its RP material with a company interested in producing components for spaceflight. In addition, it has worked with ThyssenKrupp Marine Systems to explore the possibilities of collaborating in submarine technology.

With titanium possessing the greatest strength-to-weight ratio of any metal, these components could be useful wherever highly durable and corrosion-resistant parts are needed. Titanium is also resistant to water corrosion and is highly heat resistant, making it a good fit for military grade equipment and vehicles.

Chet says the company can offer clients a hugely attractive value equation. Titanium had previously been prized for its strength but was seen as prohibitively costly for many industrial applications. Norsk’s RPD machines, however, produce far less waste and expend much less energy than legacy forging techniques.

“The machining of titanium is very expensive,” Chet notes. “With our technology, however, you’re going to use less titanium and you’re going to machine away less. Where you used to buy 14 kilograms, now you’re going to buy four. It’s pretty straightforward.” Norsk’s technology has also achieved machine-to-machine compatibility, meaning it is capable of producing exactly the same part each time the same program is used.

“With our technology, however, you’re going use less titanium and you’re going to machine away less … It’s pretty straightforward.”

One of the company’s competitive advantages from the start was its emphasis on process control within the new additive manufacturing sector. Its technology allows it to melt, then rapidly cool to reduce the temperature of wire from more than 1,700 degrees Celsius to below 700 degrees Celsius in a fraction of a second. This melt-cool process is critical and is monitored for quality control 36,000 times per minute.

Its RPD machine, a new type of 3D printer, is able to produce near net shape parts by layering molten titanium. The resulting components require minimal machining. Chet says Norsk’s processes allow for an unprecedented level of precision. “That is very different from most additives and certainly very different from other wire technologies,” he explains. “That’s what differentiates us. We have very capable and resolute process control.”

Having worked first as a pilot, then on the commercial side of aviation, Chet brings deep aviation industry knowledge to his role. He also has experience in working for prominent multinationals such as Bombardier, GE and Honeywell, as well as working as a consultant for investors and business leaders across the aerospace and defence sectors.

This background means he knows the pain points of Norsk’s customers in detail and has learned how to avoid them. “I’ve lived through delivery issues of aeroplanes,” he explains. “I’ve seen the criticality of all the systems that support the delivery of aeroplanes to customers. I’ve been through the qualifications programs. When you’re a small airline, these disruptions are painful.”

Chet also served in the US Armed Forces for more than a decade, where he was a Naval Aviator and Lieutenant Commander and completed more than 300 carrier landings as a pilot. He says this experience gives him valuable transferable skills and a single-mindedness. “One thing the Navy drives into you very clearly is identifying what the mission is and then trying to get rid of all extraneous distractions that aren’t related to accomplishing that mission. That’s always deeply ingrained in you when you’re young.”

Another formative experience was his time at GE, where he was pivotal in growing the company’s footprint in aviation systems and general aviation. More generally, he says the company instilled in its leaders a clear focus on setting and achieving objectives. “There is a focus on not allowing anything to distract from accomplishing that, and on ultimate accountability,” Chet explains.

Unusually for a start-up company, Norsk Titanium’s founding financers remain involved a decade after their initial investment. Originally, they became interested in investing after seeing that Norsk’s process had the capacity to reap significant efficiency gains in making titanium components, previously a highly wasteful process.

Chet says there are inherent challenges that come with the start-up space, but Norsk has avoided the pitfalls by achieving absolutely clarity on how to deliver value to customers. Its ability to develop and produce elements from concept to completion 75% quicker than legacy manufacturers makes for a huge competitive advantage.

Investing in new technologies and resources

Having already established its bona fides as a player in the fledgling but hugely lucrative market for 3D-printed titanium aerospace components, Norsk has now secured funding from Triangle Holdings, which specialises in aviation and aerospace investments. The firm is managed by affiliates of investment heavyweight Fortress, which currently manages more than US$70 billion in assets and has invested US$1 billion in aviation alone.

Arconic (formerly Alcoa), a leading firm in the aerospace field, has also become an investor and strategic partner. Similarly, Rose Park Advisors has invested in Norsk through its Disruptive Innovation Fund. This group was founded by Clay Christensen, a Harvard Business School professor and a leading authority on disrupters. He commented that Norsk was a rare example of a business that actually lived up to the now overused term ‘disruptive’ and noted that metal manufacturing was an industry where technological innovations had historically been impactful. For Norsk, having such esteemed investors on board is a major vote of confidence. “It’s a pretty impressive set of folks to have investing in your technology,” Chet reflects.

Further, the state of New York has poured US$125 million into Norsk’s new facility at Plattsburgh, which was opened by New York governor Andrew Cuomo last year. The site is expected to create hundreds of jobs and significantly develop the Upstate New York corridor as a hub for high-tech aerospace manufacturing. It will house up to 32 of the company’s patented RPD titanium additive manufacturing machines, each of which can fabricate an estimated 20 metric tons a year. There are plans to add a further 12 machines this year and to significantly add to the staff numbers. The facility has already increased Norsk’s production capacity by 300%.

The site is strategically located close to the aerospace industry supply chain and transport infrastructure. Progress at the site has been pleasing, Chet says, with the company obtaining AS9100D certification (for quality management systems in aerospace, space and defence organisations) in its first year. It was also added to the approved suppliers list for Spirit Aerosystems, the largest aerostructures provider in the world, as well as becoming a Tier 1 supplier for Boeing.

“It’s been a game changer for our ability to ramp up our investments,” Chet says. He points to programs such as Rochester Institute of Technology, Kodak’s New Jersey base, numerous US nuclear initiatives and the GE Global Research Centre as previous examples of large-scale advanced technology programs that have been successful on their own terms and in driving economic growth for the region.

“New York State has been a great partner,” he confirms. “It’s been fundamentally important for our growth and development. We see an enormous opportunity for the partnership as we go forward. It’s quite a forward-thinking collaboration.” Chet says Norsk’s move to New York will have significant benefits for the community. “No-one in the world can go create a new Silicon Valley,” he reasons. “Silicon Valley is its own ecosystem, but there is definitely the potential to create a new community of manufacturers of the future with significant new capabilities centred around technology.”

“There is the potential to create a new community of manufacturers of the future with significant new capabilities around technology.”

As a supplier to OEMs at Honeywell and then GE, Chet learned that the two most significant metrics in the field are on-time delivery and quality. For manufacturers creating aeroplanes worth 12-figure sums and taking delivery of parts orders that run into millions of individual components, there is little margin for error and reliability is vital.

Norsk has invested significant resources to procure staff with extensive experience in production. Its Quality Leader, Annette Jussaume, has more than 30 years of experience. Norsk’s Engineering Leader, Carl Johnson, is an award-winning 32-year veteran of Northrop Grumman, recognised for his program management and technical excellence. And Operations Leader, Tamara Morytko, has led production and operations for engine manufacturers and the oil and gas industry. “Those supply chains are extremely complex, so you’ve got to bring in people that understand it immediately.” Chet says.

He is proud to report the company is now in its 13th month in production with Boeing and has maintained a faultless record for on-time delivery. “We’ve had very open and collaborative relationships with Boeing, Spirit, Airbus and others. That’s been critical to our continued success.”

“We’ve had very open and collaborative relationships with Boeing, Spirit, Airbus and others. That’s been critical to our continued success.”

Tackling the challenges ahead

Chet says that any business involved in aviation and aerospace will inevitably run into challenges including aircraft breaking down, plants losing power, runway closures and natural disasters ranging from earthquakes to volcanic ash. When these external issues inevitably arise, customers need clear communication. “You need to have a plan of what you’re doing, when you hope to be back on track, and the steps you’re taking. You need to communicate that in a professional, workmanlike manner that gives your customers confidence.”

He adds that any business that is concerned with attributing blame and having internal squabbles will fail in such a high-pressure environment. What is needed, he explains, is an organisation-wide culture of complete transparency and a commitment to solving the problem.

For a company moving into uncharted territory like Norsk Titanium, there will be challenges ahead, but Chet says it has developed strong processes which should stand it in good stead even when challenges arise. “We spend a lot of time on processes. That is something you learn in an airline, which is fundamentally built on simple processes that the average employee can do on a below-average day. You cannot build a process that requires a hero to step forward every time there is a problem, and it is critical that every employee understands what the process is and what their role is.”

“You have to communicate to people that we are not here to discuss delivery as a personal performance value,” he concludes. “You have to let your people know that we’re discussing delivery as a process issue. They need to understand they are valued, that is why we hired them. You can’t have people being fearful.” 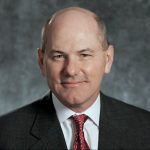