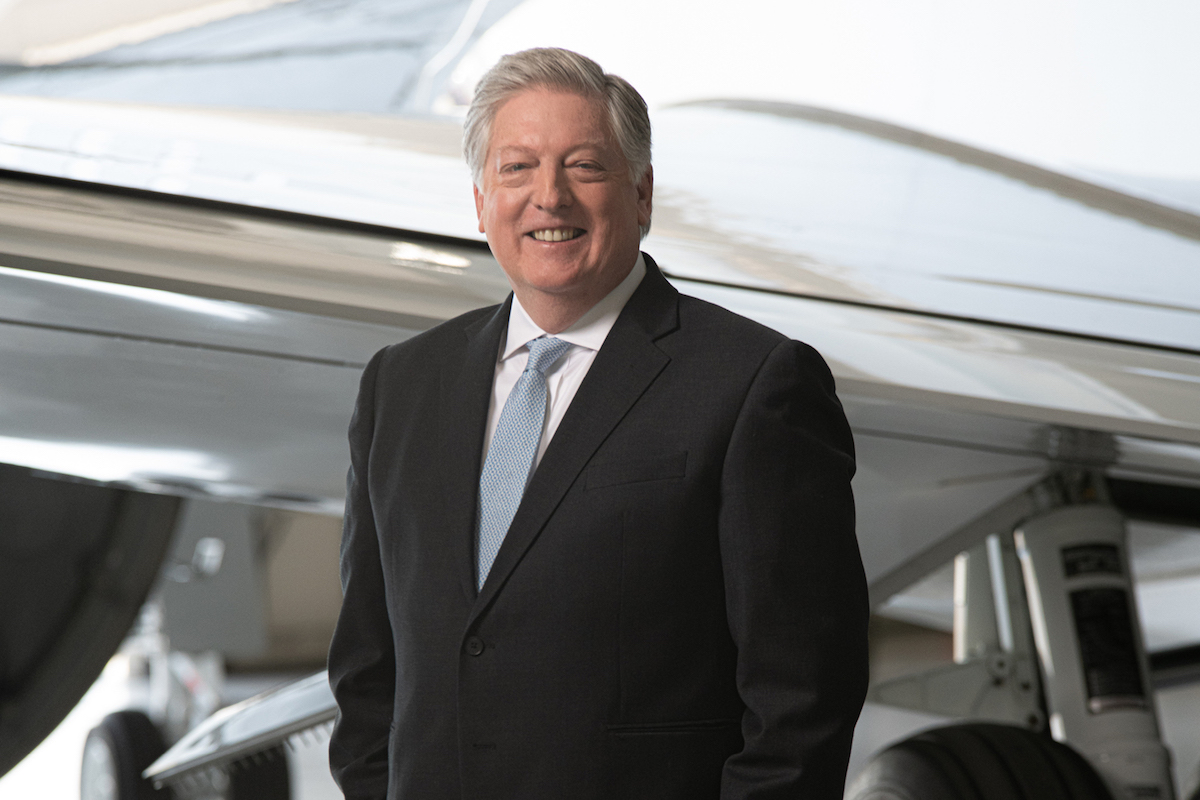 We’ve all grown accustomed to ordering a taxi through an app on our phone. It’s a quick, easy and cashless procedure, and all we have to do is get in, relax and get out at our destination. Now imagine doing something similar to order a private jet with the help of Jet Token.

The Las Vegas-based start-up is doing for private aviation what Uber did for taxis – but with a fractional HondaJet Elite ownership option. Use their app to look, book and fly on any one of thousands of safety vetted aircraft.

It even checks your private booking against quotes from other operators to make sure you get the best deal. Later this year, they expect that app to allow travellers to book a first-class ticket alongside their private booking.

By way of an example, George Murnane, Jet Token’s CEO, cites a business trip from London to Palm Springs. “If you go private all the way, you’re looking at a cost of US$110,000, but if you book it through us, you can fly first class to Los Angeles and then pick up one of our jets for the rest of the way and altogether, it’ll only set you back US$16,500.”

“The pandemic has been a boon to the light jet industry because it has allowed many people to justify their first trip; the first is the hardest – after that they want more.”

Jet Token offers a fractional ownership program for those who fly too often to keep chartering, but not enough to justify the cost (and headache) of having their own aircraft. Customers may purchase a one fifth share of a HondaJet Elite that entitles them to 75 hours of usage per year in each of five years. It also offers a one-year, 25-hour Jet Card for the HondaJet Elite. Both fractional ownership and the Jet Card programs guarantee access to the aircraft with 24 hours’ notice. Guaranteed availability is a nice feature; 35 days per year excess demand around holidays and major events make it virtually impossible to charter a private plane on the open market.

The company’s fundraising offerings have been heavily oversubscribed. With 30 million unique Facebook interactions last year alone, and over 30,000 shareholders, people are taking note of Jet Token.

The US makes up over 70 per cent of the global private jet market with 2.5 million annual flights. It has more than twice as many airports dedicated to them than the whole of Europe. The busiest is Teterboro in New York where 75 aircraft take off from its five fixed base operators (FBOs) every day, twice as many as the next most used airport, Van Nuys in LA. The most popular route is from Las Vegas to LA. While flight time for a light jet costs around US$5,000 an hour, a six-hour flight from New York to LA on a heavy jet, could cost more than US$40,000. In addition, Jet Token is on the cutting edge technologically, including the use of blockchain technology. As George explains it, the company intends “to combine concepts from fractional jet membership programs with lessons learned from building blockchain currencies. We believe the tokenisation of flight hours and fractional membership programs offers the possibility of reduced transaction costs and, through the evolution of a marketplace, higher industry fleet utilisation and therefore lower charter costs.”

Jet Token is in the process of building its own fleet. “We’re buying the HondaJet Elite, one of the most technologically advanced aircraft on the market, with a range of over 1,400 nautical miles,” says George. “The average business flight is 1.5 hours with two or three passengers and that hits the Elite’s sweet spot so we can keep our members happy.”

“I’ve been privileged to be part of the teams that scaled three other aviation operations from the ground up and Jet Token makes four.”

The Elite is the fastest jet in the category with engines mounted over the wings to allow extra cabin space and a quieter, more fuel efficient, ride. It boasts the largest cabin in class, with a fully private lavatory and a spacious baggage compartment.

George has been in the aviation business for 25 years, beginning as Chief Operating Officer at Atlas Air before five years at International Airline Support Group, supplying aftermarket parts to operators, as well as the leasing and trading of whole aircraft and aircraft engines. After spells at Mesa Air Group, VistaJet and Amiral Holdings, he was hired as Group CEO of ImperialJet in 2013 and was part of the team that acquired euroAtlantic Airways, a leading European widebody charter operator. He joined Jet Token during 2019.

“I’ve been privileged to be part of the teams that scaled three other aviation operations from the ground up and Jet Token makes four,” he explains. “We’ve been operating 18 months, most of which has been during the pandemic. What it has shown me is that, if you have a good product, then, with the right amount of patience and perseverance, you can be successful and create tremendous value. And that’s what we’re doing.”