On a wing and a prayer: Jaime Bautista 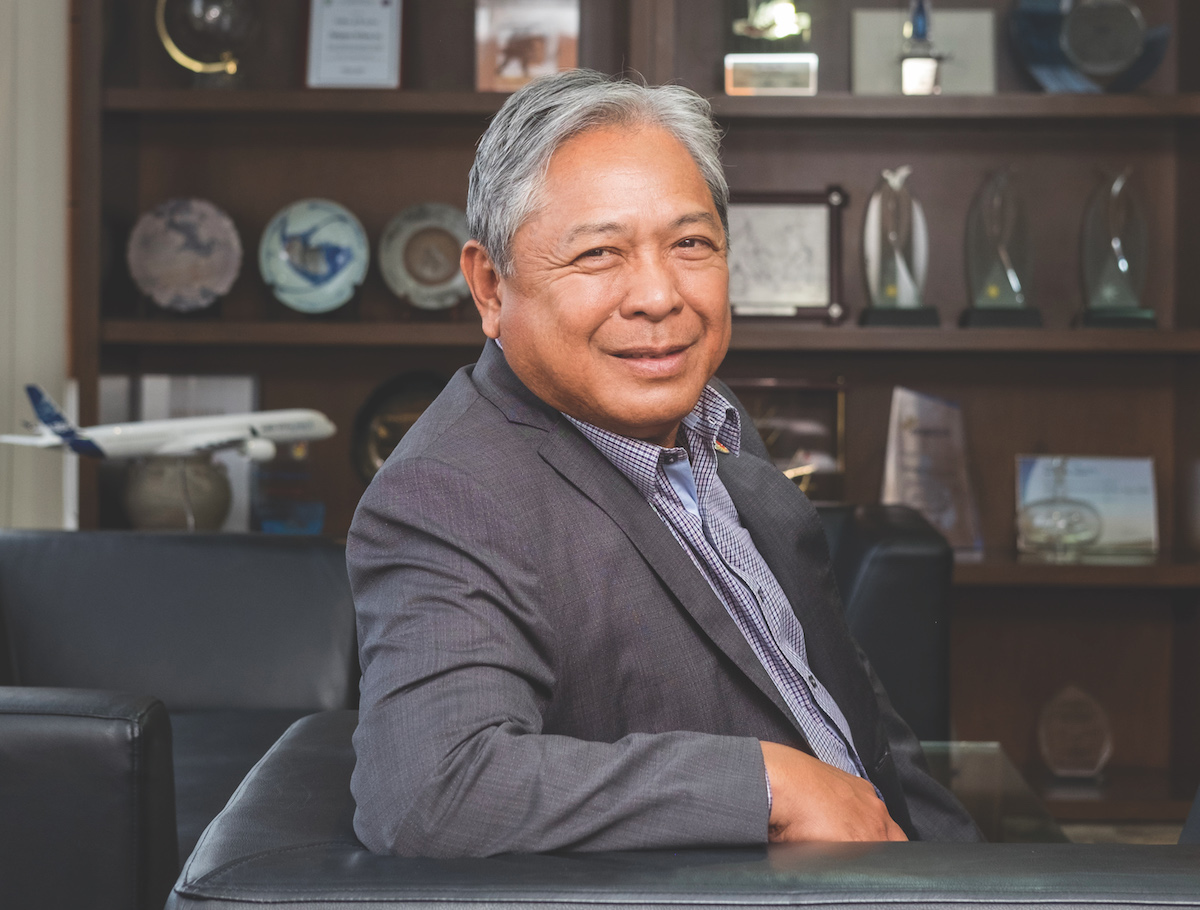 President and COO of Philippine Airlines Jaime Bautista told The CEO Magazine in 2016 that he dreamed of the carrier being a five-star airline, referring to Skytrax’s coveted rating given to a select few airlines that deliver consistent and excellent standards of service.

In February 2018, he edged a bit closer to that dream, when the business was awarded a four-star premium quality rating, followed by the World’s Most Improved Airline award in November 2018. And while this achievement came on the back of major reforms inside the business to address customer satisfaction and employee expectations, Jaime chalks it up to a more intangible motivator: the power of prayer. “Every Monday, we have a flag-raising ceremony, and at that ceremony we have a prayer for the airline,” he says. “We remind employees of our corporate values: that we put our customers first, grow a successful and empowered team, act with passion, and aim for excellence.”

These ceremonies have helped Philippine Airlines embrace change and exemplify “the best of the Filipino spirit”, says Jaime. “We do this every single week. At every meeting, we are guided by our prayers for the company, for our people, for our passengers, and for the shareholders. We constantly remind ourselves of our responsibilities as employees and officers of the company.”

As the oldest commercial airline in the Philippines, the business was severely impacted when it was forced to reduce its fleet and flight routes due to the Asian financial crisis more than 20 years ago. Since 2007, when the business came out of rehabilitation, the airlines’ executives have focused on returning the business to its former status and, under Jaime’s direction, the achievement of a five-star rating is part of that plan.

It’s a goal that has given Jaime a purpose to engage with his employees regularly, and gauge their commitment to the business and the challenges it faces.

“On a quarterly basis, I conduct town hall meetings,” he says. “I give employees updates on the company and the issues we are facing, and what we can do about them. I do this because I need everyone’s support, and the only way to get that support is for everyone in the business to understand what the issues and problems are. The business demands that level of transparency.”

“I need everyone’s support, and the only way to get that support is for everyone in the business to understand what the issues and problems are.”

This has precipitated a shift in attitudes at Philippine Airlines, specifically regarding how customers fit into the business model. After all, a lot has changed for the airline since the last time The CEO Magazine spoke to Jaime, chief among them the standard of customer service the airline now offers.

“It’s no longer just about offering good service in the air. It’s about defining what customers expect. What I want people inside the business to do is put themselves in the customer’s shoes and ask, ‘What do I expect?’

“For example, there are instances where there are irregular operations, meaning there are delays, cancellations, or a change in schedule. We see to it that when these things happen we communicate well with passengers and ensure they’re given proper compensation.

Our major initiative for the past two years has been to document business procedures, so there’s defined compensation for each type of irregular operation. Employees can now refer to a physical manual in case of doubt. That way, there’s an established standard, and they can deliver consistent service quality.”

Elsewhere, Jaime has devoted attention to the expansion of the Philippine Airlines’ fleet, including the addition of the luxurious Airbus A350-900, which will allow for nonstop flights from Manila to New York, and the Airbus A321neo, a single-aisle 168-seat aircraft that suits medium-sized markets of up to eight hours’ flying time.

The central goal with these new aircraft is to build a global route network, and to take advantage of Chinese tourism, a burgeoning demographic for the Philippines. “They are our second biggest demographic for arrivals after South Koreans and, in the next two to three years, I expect that they will become the biggest.

Currently, we offer flights to major cities such as Beijing and Shanghai, but we’re looking at expanding into areas likes Chongqing and Nanning. With improvements in airports here in the Philippines, we should be able to do that.” 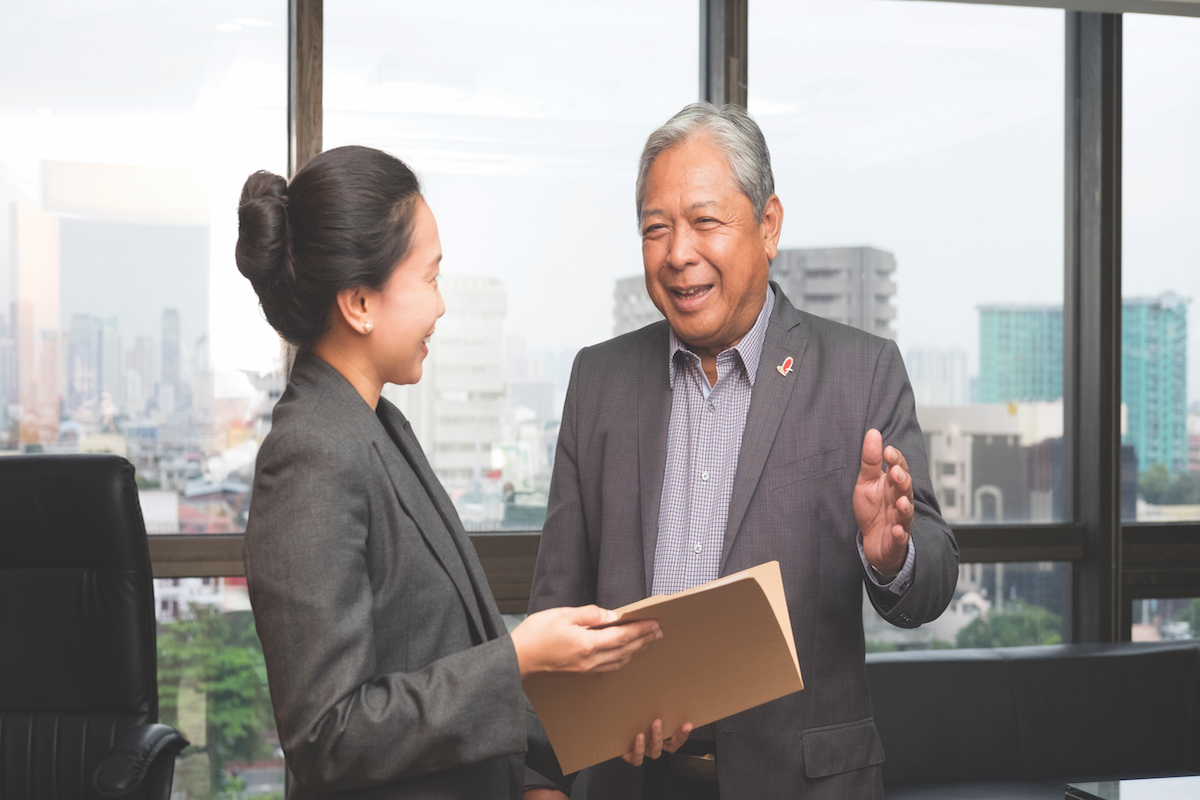 Those goals are proving challenging to achieve, though. Costs for the airline are increasing, and due to competition, fuel prices and increasing taxation, the airline has had to absorb the costs instead of passing them on to customers. Further compounding these problems is the quality of infrastructure at Manila’s congested airports, where Philippine Airlines is the only one operating in more than two terminals.

This makes the goal of fleet expansion – and therefore, better customer service – a far more challenging task than would otherwise have been anticipated. “With a congested terminal, we just don’t have enough space to do anything about it.”

However, if Jaime’s to get that five-star rating, he knows he will have to focus on improving what he can. “I can still work with all of our departments to ensure costs are kept to a minimum. For example, we have established a fuel conservation program to address our rate of consumption and the business’s environmental impact.

Not to mention that renewing our fleet helps to address fuel efficiency and consumption rate in the long-term.”

“Of course, we must provide satisfying careers for employees and reasonable returns on investment. But if we’re ever going to be a five-star airline, we must value every one of our customers.” 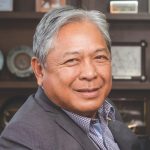