Road to the future: Joydeep Roy 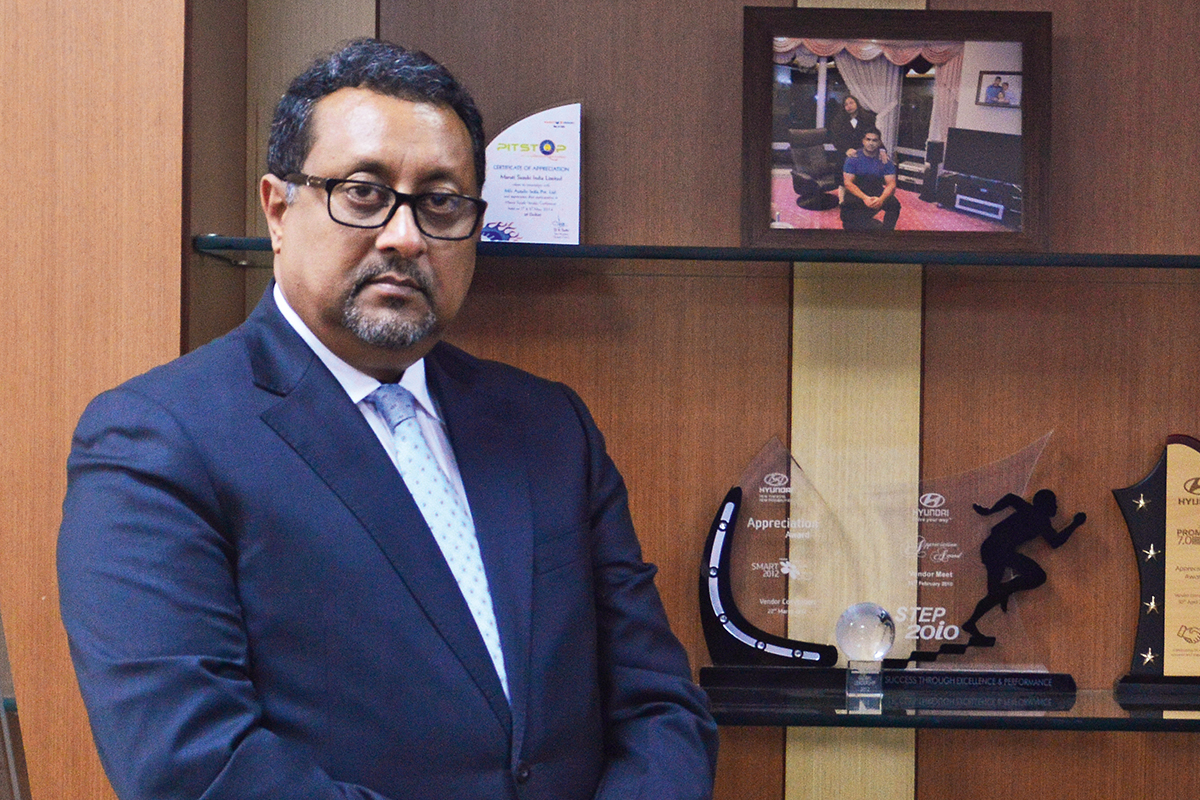 As the president of Autoliv India, a leading automotive safety system supplier, Joydeep Roy has seen a gradual transformation in the way people view cars. “I grew up as a young engineer dreaming of high-powered automotive engines, racing and specs,” he tells The CEO Magazine in early March. “But the effects of urbanisation mean young people are no longer interested in owning a vehicle and being proud of it. They just want a transport solution.”

Many of Joydeep’s priorities revolve around the rapidly transforming nature of the automotive industry. Though he’s only been at Autoliv for just over a year now, Joydeep is no stranger to the industry, having served as the CEO of Schaeffler India. Not only do people perceive cars differently now, he says, but rapidly transforming technology (such as electric motors and autonomous cars) is also precipitating an enormous revolution.

“What is critical is that the automotive industry has never seen, and probably will never again see, the large-scale changes that are happening now,” says Joydeep. “The whole paradigm is shifting. Even just four or five years ago, nobody imagined we would be talking about electric vehicles on such a large scale.”

But Autoliv is far from lost in these changing times. The supplier’s target is clear: to ensure vehicles across the world are as safe as possible. “Autoliv India is, like any other company, there to take care of the interests of the stakeholders (customers, OE, employees and shareholders),” says Joydeep. “But whatever we do, whatever action or thoughts emerge within the organisation, our primary focus is on whether this helps to save lives. We are here because of our vision – to save more lives – so, quality is the most important thing at Autoliv.”

“We are here on a mission to save lives so, for us, if there is anything that’s important, it’s quality over quantity.”

This emphasis on reliability and quality is, Joydeep believes, the key to Autoliv India’s impressive achievements. In India, the company has been able to reach the pole position over the past year and a half. Meanwhile, the company’s sales are growing fast in the market.

“Autoliv India is a very successful brand,” says Joydeep. “We are well-appreciated in the market for our product quality and reliability, because our products are a one-time fit. It might be 20 years before an airbag or seatbelt needs to be deployed to save someone. That’s a very particular challenge and requires special know-how. There are no maintenance cycles in place for the product. It is fitted and forgotten, and then has to function at that crucial moment.”

While safety features were once advertised as special add-ons to help sell vehicles, Joydeep believes they are now becoming universal. This is particularly crucial in India, a nation where more than 135,000 traffic fatalities occur yearly. “The government is pushing for stricter vehicle safety regulation in India, however, some OEMs are voluntarily adding the safety content in the vehicle to make it safer and also using it as a differentiator,” Joydeep says. 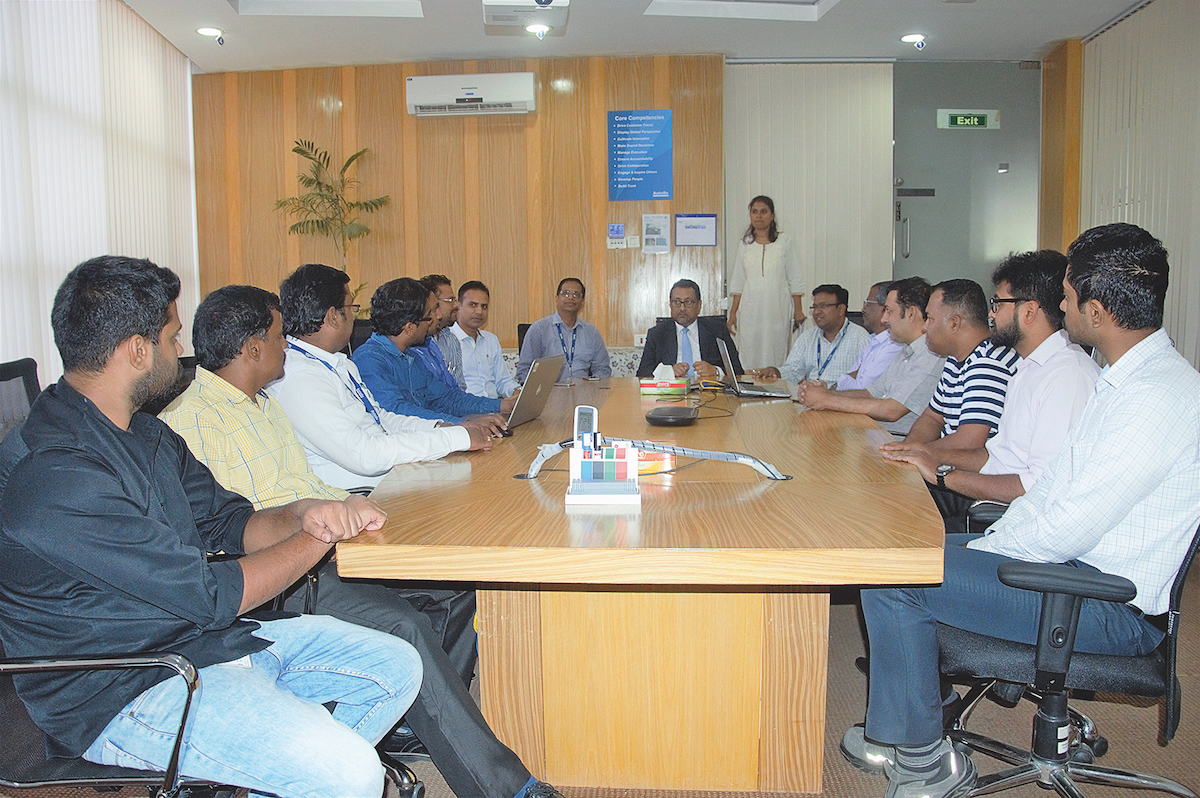 “The recent AIS145 regulation will enforce the legality of having a driver’s airbag in the vehicle, to be implemented by 2019. We need to wait and watch regarding the implementation of BNCAP, which may enforce richness in vehicle safety. I’ve been speaking to bureaucrats and politicians, and they are very keen, over the next few years, to dramatically change the reputation that India has as having the highest probability of fatal accidents. Also, consumers are becoming more aware of vehicle safety aspects and demanding such safety features in their vehicles.”

Each year, Autoliv’s products save more than 30,000 lives around the world and prevent 10 times that number of injuries. But while safety is paramount, Autoliv India also lists its priorities as innovation, agility and transparency.

“In this environment, the protection of people on the road and in cars becomes extremely important.”

With lives literally on the line in Autoliv’s field of work, it goes without saying the company would only apply the most stringent standards of quality to prospective partners. For one thing, Autoliv prioritises high-quality components to ensure quality. But Autoliv’s expectations from its suppliers don’t stop there; the company will only take on suppliers that share the company’s humanitarian vision.

“To start with, we will only work with suppliers if they are passionate about saving lives,” says Joydeep. “As a result, a lot of commercial things may take a back seat when it comes to that vision. So unless the supplier is absolutely on board with that, we will not work with them. From day one, we have systems to ensure quality and production standards, as well as the full integration of the supplier.

“Suppliers need to understand our lingo and must follow the same approach as us. In effect, if you walk into any of our supplier’s areas, you might get the impression you are walking into an Autoliv plant. That’s the kind of integration we ensure with them. It takes that special person to be associated with us,” Joydeep continues. “We are very niche in terms of quality and supply base. Right from the beginning, we start to work with each other at the R&D stages. That’s the kind of partnership we share.”

“Our model is a very heavy supply-dependent model because we do what we know best.”

Joydeep’s plans for the future

Autoliv India’s commitment to reliability and quality can even be seen from the most junior employee to within Joydeep himself. Although he is the company president, Joydeep prides himself on having a firm grasp of the company’s products. He’s developed a hands-on approach within Autoliv’s manufacturing processes, and continues to apply his passion for excellence at every level of the company.

Joydeep’s plans for the future are concise and rational, condensing all of Autoliv’s values into one simple strategy. “We need to be successful within the market, so we can meet volumes and profits. We want to continue doing what we do, but at the heart of it, our actions are driven by the very fact that we contribute to saving more lives.” 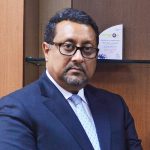