Down to earth: Martin Rolfe In his three years as CEO, Martin Rolfe’s enthusiasm for air travel has galvanised the successes of National Air Traffic Services (NATS). Overseeing the UK’s main air navigation service provider, NATS handles 2.5 million flights in the country each year and services more than a dozen of its airports. It’s a task that Martin admits demands attention to detail and leaves little margin for error. It doesn’t faze him, though. Martin knew from an early age that, for him, the sky was the limit. “I’ve always found aviation fascinating,” says Martin.

In school, he was never as excited about manufacturing or retail as he was about planes. When it came time to start his professional career, he was drawn to the skies. “When I think of the people who inspired me, it’s the pioneers of aviation, like Charles Lindbergh, Amy Johnson, and Amelia Earhart,” he says. “In their day they would have been in the pursuit of unjustifiable risk. I like that they pushed boundaries. That’s what we try to do, though at NATS we want to be pioneers in making air traffic control and aviation safer and better.”

A lot has changed since Martin last spoke with The CEO Magazine in 2017. He said at the time that NATS’ main priority was to tighten airspace in the UK, where the business provided services to the busiest airspace in Europe. Since then, Martin has overseen implementation of systems to help alleviate the pressure of air traffic and improve communication on the ground.

“The biggest highlight for us in the past year has been the companywide shift towards an electronic, digital system in controlled airspace. Before that, we were communicating operations on paper – as in air traffic controllers would print out strips of paper, mark the details on them, and then pass them on to others. It might sound a bit silly, but paper doesn’t go wrong; it’s tangible, and the operators can read it without fear of misunderstanding. But now, we are moving towards a universal, electronic system. It’s a substantial change, but it means that we can start integrating systems across the country and improve efficiency and safety on the ground.”

The move towards digital systems is a reflection of Martin’s commitment to ensuring that operations are modern and inexpensive but, most importantly, safe and flexible. With NATS investing billions of pounds towards modernising infrastructure, it’s obvious that the business is serious about the task at hand. 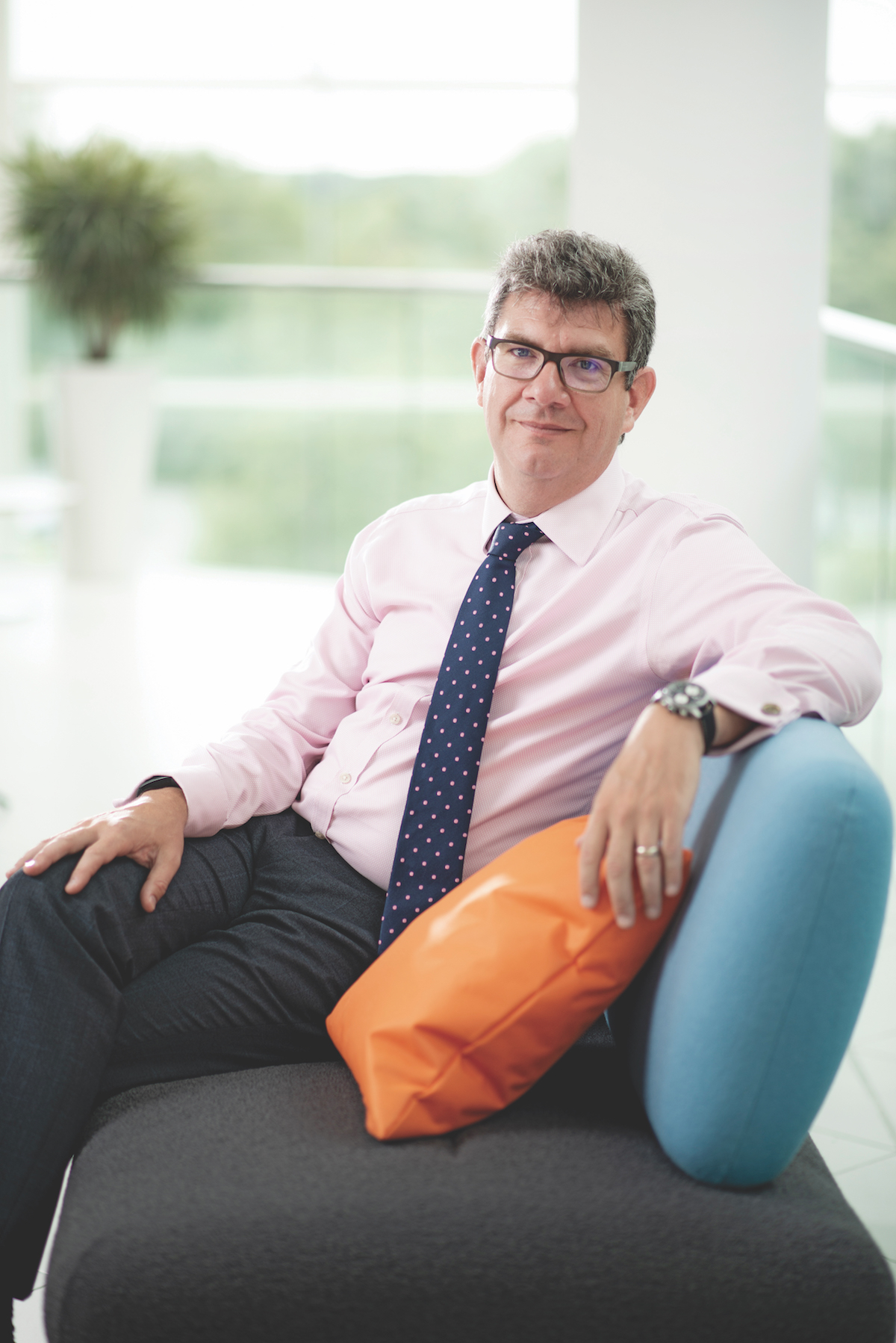 “We’ve recently implemented a dedicated fibre-optic network in the UK, which, without oversimplifying, allows our company to use the same technology everywhere,” Martin explains. “Which means that we won’t have to re-engineer anything should we introduce new applications. We won’t have to spend three, four, five years on training and infrastructure change. We now have a company-wide standard for technology.”

Another major part of Martin’s push towards modernisation has been investment in Aireon, a company developing a space-based surveillance system that improves on NATS’ current system to allow NATS to know the exact position of every commercial flight, anywhere in the world at every instant in time.

“We wanted to be a part of developing and implementing this technology, and to have influence on how it would be developed,” he says. “This new technology means we can operate the airspace over the ocean the same as we do over land. We will also know exactly when the aircraft will arrive, which is much better for scheduling.”

“The focus ultimately will be on maximising safety and capacity, and as we introduce the program, international airspace will become like domestic airspace. In the future, we will be able to save time and money while improving capacity and safety for passengers.”

As NATS leads on technological innovation within the aviation industry, Martin Rolfe is addressing the increased presence of drones the same way he does any new prospect; with cautious optimism. “The first way that I look at drones is from a safety perspective.

“Up until now, our work has focused on ensuring that drones can co-exist safely with civil aircraft. We have been training commercial operators and helping them understand the rules of aviation, such as that it’s illegal to fly near airports, in controlled air space, over people, or over built-up areas. “A lot of people don’t realise that, when you pilot a drone, you become a pilot, and you are subject to the rules that that entails.”

But just because Martin focuses on maintaining safety doesn’t mean he isn’t aware of the opportunities available in drone aviation. “We want to work with the UK government to ensure the commercial availability of drones. Already, we’re working with commercial operators on a research and development basis to see how drones can be accommodated, whether that be through existing airspace or segregated airspace. “Ultimately, at NATS, the focus is on encouraging socially responsible use of drones.”

Up in the air

For all the ambitious programs that Martin has helped steward, he remains a cautious man. Whether discussing opportunities or challenges, he always asks the question: how does this affect safety?

“I would like to think that if you asked anyone at NATS what the most important part of their job is, without exception, they would say safety. And that’s not because I’ve coached everyone to say that. When it comes to recruiting people, we choose people who reflect our values. They understand taking measured risks. When our new recruits enter the business of air traffic control, they understand that they are in a role that is safety critical.” 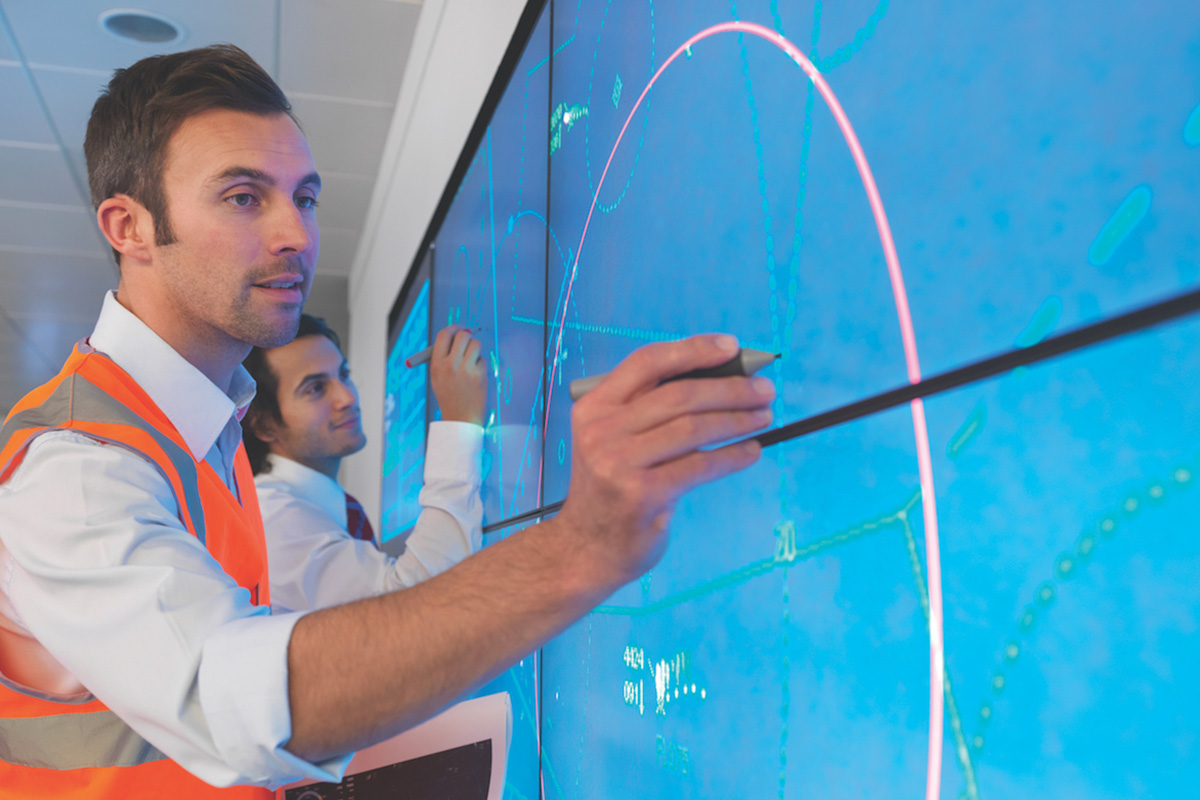 Martin’s proactive approach towards safety and risk aversion has kept NATS at the forefront of modernisation, such as implementing policies tackling cybersecurity in 2010 – long before similar concerns arose with the public. “We’ve focused a lot of attention towards securing our digital operations. That’s come down to fostering three principles: education, technical awareness, and preparedness,” says Martin. “That means ensuring that our operators are aware of how to apprise themselves of the technical requirements we uphold, and the real threats towards NATS’ cybersecurity.”

His desire to innovate is integral to NATS’ success, and although Martin strives to remain on the technological forefront, he stresses the need to understand risk in the industry. “Quite often, people will tell me that NATS should have ‘no fear of failure’. And that’s not right! We must have a fear of failure because what we do is so important.”

Martin has invested a significant amount of energy on modernising operations, which he admits is a process that will continue for years to come. “We have programs and plans that will run until the middle of the 2020s,” he estimates. “In the meantime, we will keep doing what we always do; assisting airlines run to schedule, in a way that is safe and cost-effective.”

“We must have a fear of failure because what we do is so important.”

During his time with NATS, Martin has cultivated a style of leadership that is steady and even-keeled, helping steward the business towards efficient and safe solutions. As a leader, he is prudent, always ready to offer advice and always happy to listen to concerns. Don’t ask him for any tricks of the trade, though. “I don’t have a ‘secret to success’. What I have are a few things I say to keep myself grounded: be yourself, be measured, and be consistent.” 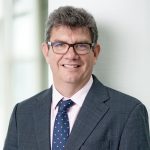