On a Roll: Mike Toh 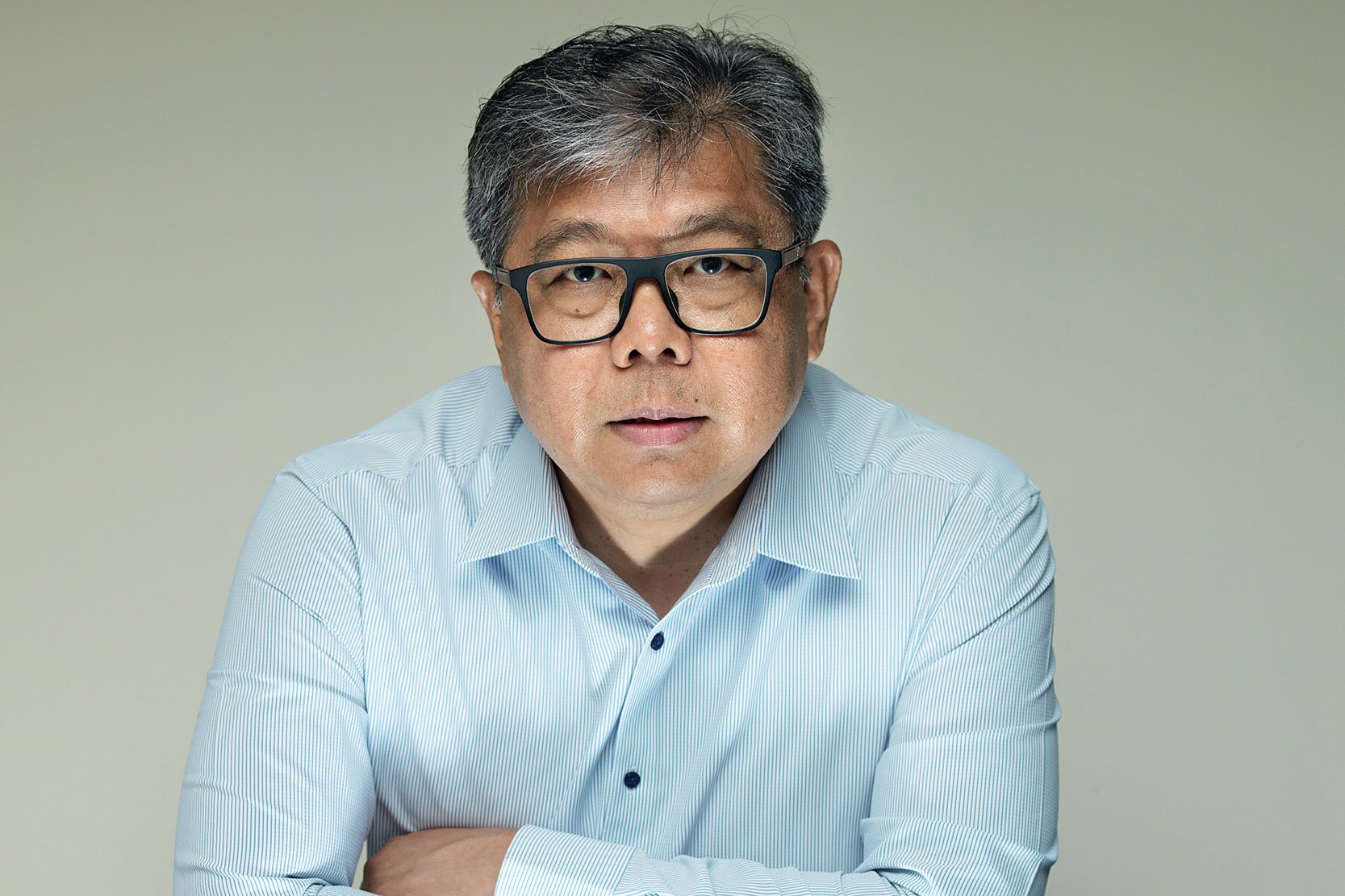 Perhaps one of life’s most overlooked life-or-death decisions is your choice of tyres. The right kind of rubber beneath your car can make all the difference between safely avoiding an accident or a tragic alternative. It’s a choice no motorist can afford to take lightly, and one that’s at the heart of Toyo’s operations.

Established in Japan in 1945, Toyo rose to prominence in the nation’s post-war years on the back of a simple promise: to create great tyres. In this case, simplicity proved effective.

By 1966, the company’s success had carried it to the US, a first for a Japanese tyre manufacturer. Today, the brand can be found all around the world, carrying vehicles of all sorts – from passenger cars to heavy trucks to motorsports – across the finish line.

Toyo’s presence in Malaysia, the world’s fifth-largest producer of natural rubber, began in 1993 when it established a branch there. With rubber such a staple of its resources, ties to the material’s applications and fortunes run deep in the country.

Mike Toh, armed with a chemistry degree from the University of Malaya, got his career in the tyre industry off to a rolling start in 1996, at Silverstone, a national tyre brand. “I do miss the chemistry side,” says Mike, today the President and Managing Director of Toyo Tyre Malaysia.

“If you ask me about chemistry, I think I’ve retained all my knowledge. But that’s the pathway through which I developed my career in tyres, in technical departments, QA departments and rubber processing. It required a chemistry background, but it wasn’t until I reached a technical department that I first touched a tyre.”

We’re not just here for business and profit; we want to support the community.

In 2010, it was brought into the Toyo fold and Mike became Managing Director. The shift to the corporate and manufacturing sides of the business meant he left much of his chemistry experience behind.

“In terms of tyre manufacturing, Toyo is the biggest in Malaysia,” he says. “There are more than 70 major tyre manufacturers in the world, and each company has its own research and development. Technical capabilities of the companies are close to each other, but Malaysia has a big advantage.”

Rubber’s pride of place in Malaysia’s assets puts the nation among the world’s leaders when it comes to rubber R&D. “Rubber is a natural resource here,” Mike says.

“Raw materials generally constitute the major portion of the total cost of making tyres. We get our natural rubber locally, but to make tyres, you need a combination of natural and synthetic rubber. At this point in time, there’s no producer of synthetic rubber in Malaysia, so 100% of it is imported.”

It’s the rubber component, Mike says, that sets it apart. “We conduct material research to improve the make-up of the tyre and improve performance. On the manufacturing side, it’s our duty to make sure costs are effectively managed and kept as low as possible. To achieve that, we had to bring our manufacturing facilities to a world-class level of excellence.” 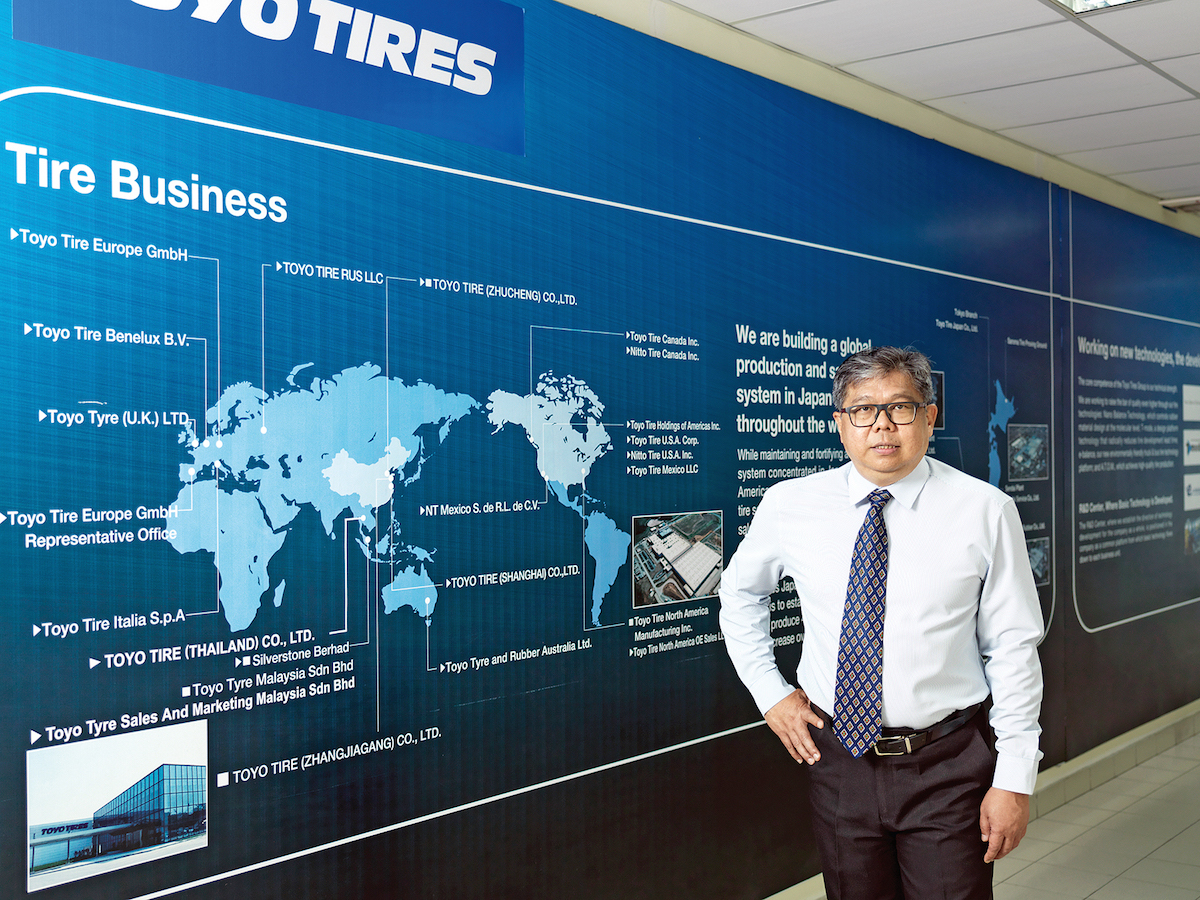 In 2012, the company HQ appointed Mike as the plant manager to head up the establishment of a new factory at Taiping, in Malaysia’s north-west. The factory building was completed in mid-2013 and achieved full capacity at the end of 2015; four years later, the 20 millionth tyre had rolled off the line.

“The whole time, we worked to cultivate a dynamic team with a vision of taking Toyo Tyre Malaysia to new levels of excellence in its supply of quality tyres around the world.” Best-in-class manufacturing is something Toyo knows a thing or two about.

If one team fails, the whole company fails … Everyone must support each other.

The Japanese company has six tyre factories around the world, and all are subject to the company’s strict quality control. Its culture encourages interdepartmental communication and support, although Toyo Tyre Malaysia takes this culture to another level, or as Mike puts it,

“If one team fails, the whole company fails. So we have to make sure that not even one team is allowed to fail. “Everyone must support each other, everyone must coordinate with each other to get the job done. That is a great achievement for Toyo Tyre Malaysia among the group.”

The Malaysia factory is the youngest in that group, but Mike believes the hard work of his team has driven it to the upper echelon. “In terms of quality, safety, production, distribution and cost, we’ve achieved so much in that short time,” he says, adding that one aspect of the team’s success is that it bucks a common trend in the country of employing foreign workers.

Toyo Tyre Malaysia also invests heavily in education for the local community with its corporate social responsibility initiatives. Since 2013, the company has helped more than 280 students with education financial assistance and enabled 34 undergraduates to continue their university studies.

“We’re not just here for business and profit; we want to support the community.” Mike enthuses. Sure enough in its upskilling efforts, of the 1,700-strong workforce at Toyo Tyre Malaysia, 100% Malaysian was achieved. “This was in keeping with the greenfield directive Japan gave us when we started the factory,” Mike explains.

“It’s how, in my mind, we can match Malaysia’s conditions to Japan’s requirements in terms of human capital management, which are very high.” The greenfield directive insisted that the factory be very much Malaysian – as long as Japanese standards were adhered to.

“It was quite a challenge, but we achieved our vision. Now, we want to transform the plant into being the best tyre factory in the Toyo Group.” 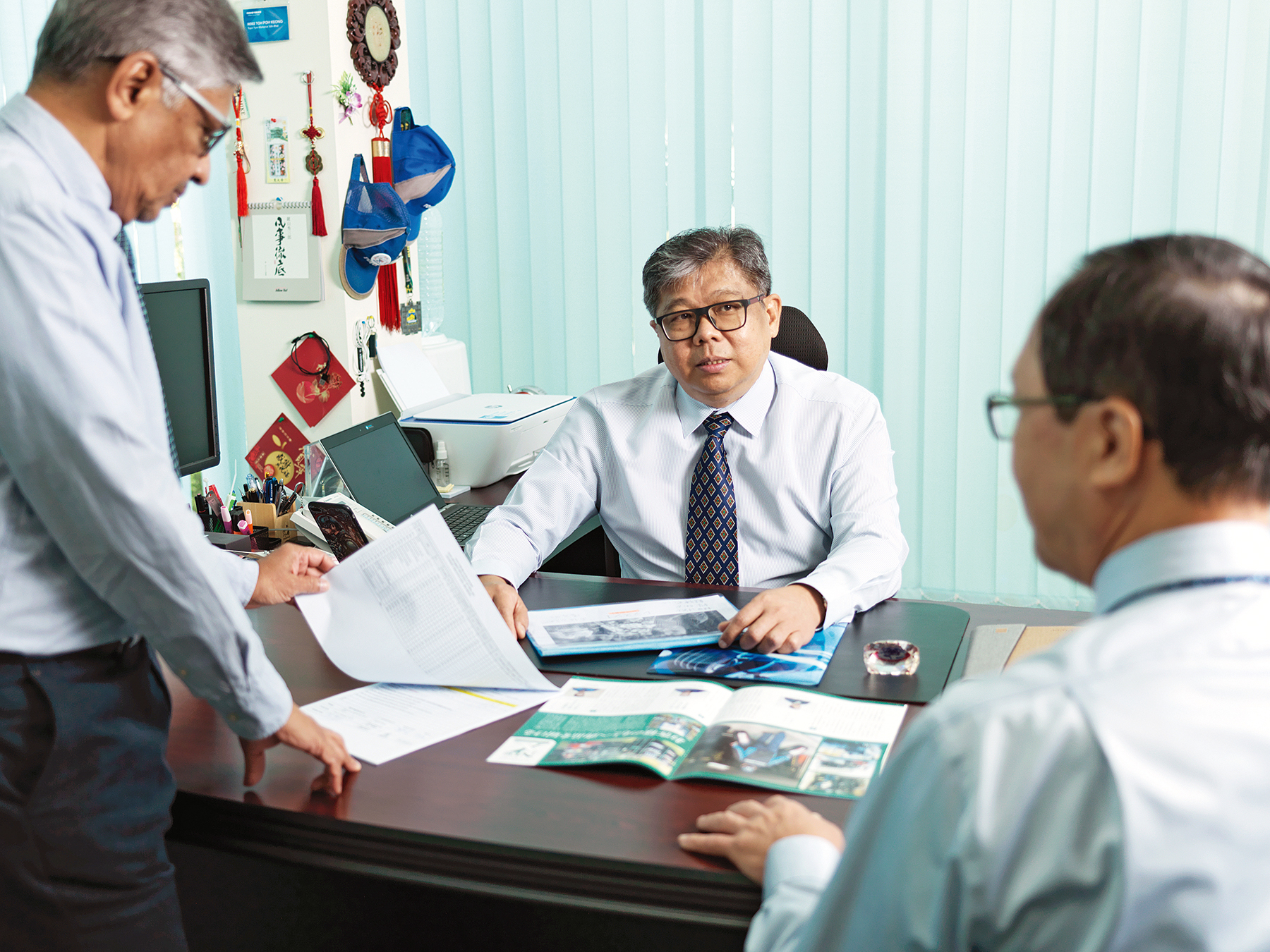 It’s certainly on its way. In 2019, Toyo Japan gave Mike’s team the green light for a US$200 million extension to the Taiping factory, which increased its annual capacity by 2.4 million tyres with further expansions likely in the future. “This second investment made us the biggest tyre factory in Malaysia,” Mike reveals.

“Currently, our capacity is around 7.5 million tyres a year. We’re Toyo’s major supply hub.” For now, Mike has his hands full with a team on the rise. “Our achievements in such a short space of time have allowed us to supply tyres to the major Japanese car manufacturers such as Toyota, Honda, Mazda, Nissan, Mitsubishi and Isuzu,” he beams.

“To have these companies accept you as a key supplier, you have to prove yourself, prove your quality and keep costs very competitive. And we managed all this in just seven years.” Like so many safety-conscious motorists around the world, these industry giants chose Toyo because of the hard work of Mike’s team. For them, work has become more than just a job.

“Tyre management has become a part of our lives,” Mike says. “It’s not so much a challenge as a hobby because many of us couldn’t live without it.” 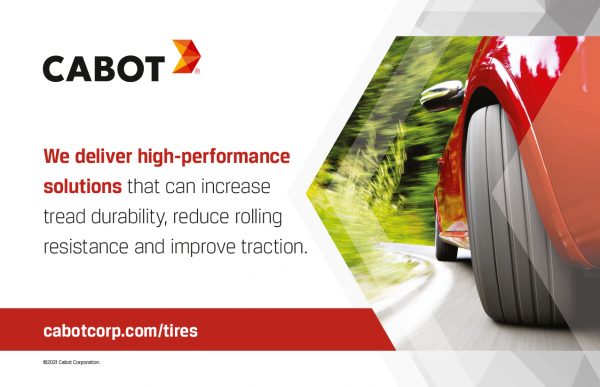 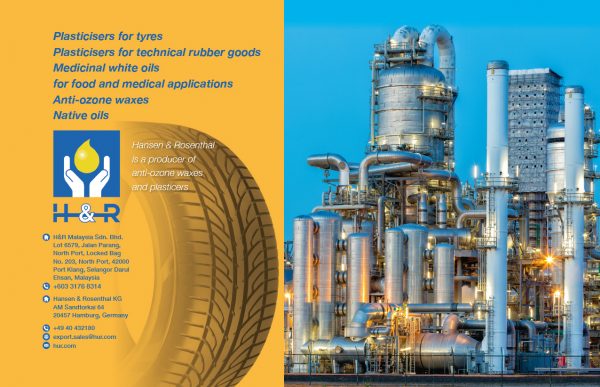 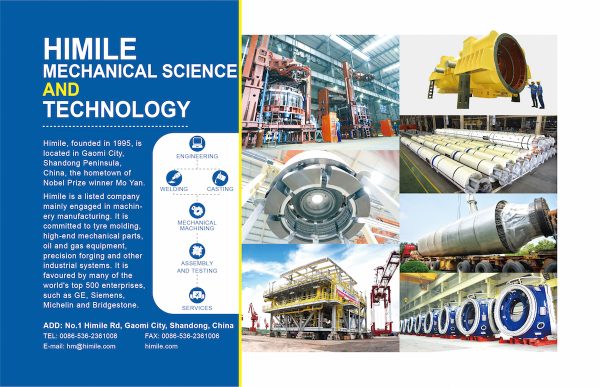 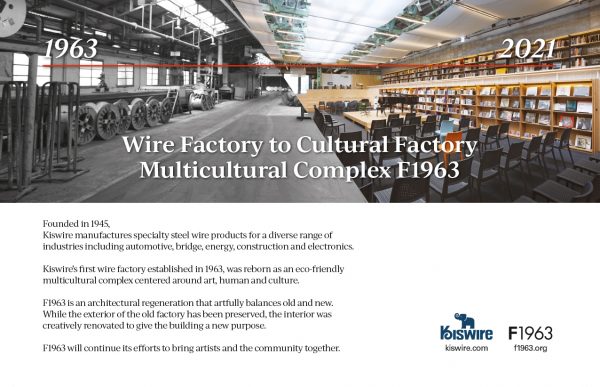