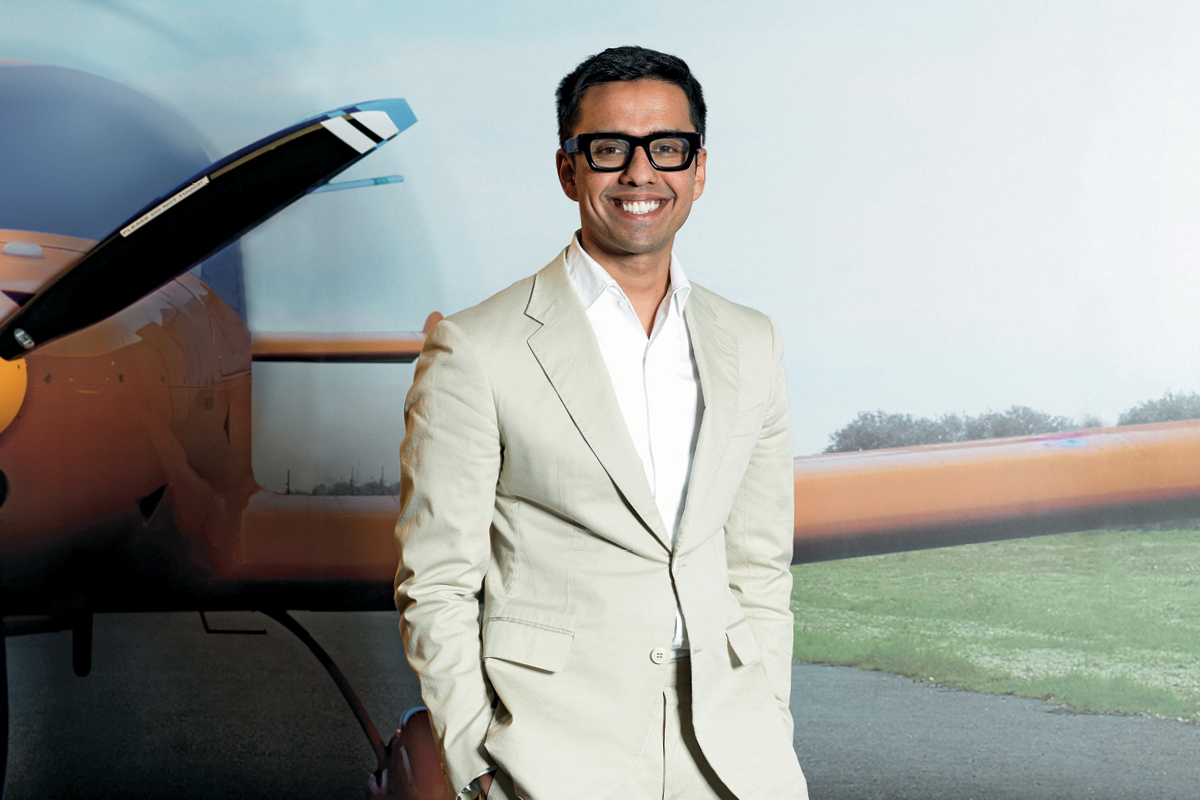 They say all it takes is a good idea, and when Neel Khokhani had a brilliant one he assumed his boss would be delighted to hear it. Instead, the flight instructor got the boot. “Yeah, absolutely, I got sacked,” he says. “I was 22 and made a few suggestions on how to improve the business, only to be told that if I thought I could do better, I should go out and start my own company.”

Neel wasted no time doing so and, while his former boss went bankrupt, he launched Soar Aviation in 2013. Six years later it is Australia’s largest flying school with a fleet of 70 planes, 60 instructors and 550 students contributing to a turnover of A$20 million.

The school operates out of Melbourne’s Moorabbin Airport, Bendigo Airport in Central Victoria and Sydney’s Bankstown Airport, with full- and part-time courses available to beginners through to advanced entry.

It’s an astonishing achievement. It’s even more extraordinary when you consider that Neel had just A$5,000 to invest in the business and no essential equipment – not even a plane.

He was, however, armed with a brazen strategy. Neel had no doubt that a global shortage of pilots, with Australia only producing around 1,000 a year, triggered a need for a flying school. The trick was to make it viable to students.

“I knew that by 2034, the global demand for pilots would reach 650,000; 100 new pilots a day,” he explains. “As the world’s fourth largest producer of pilots, Australia makes a very small dent in this shortage, so I had to think backwards and discover why we were providing so few.

“I realised my competitors were only offering full-time flying courses from Monday to Friday during hours really only accessible to school leavers. I wanted a different demographic, 25- to 44-year-olds, but knew they came with obligations such as a mortgage or a family to feed, and couldn’t necessarily take time off work to learn to fly. So, I also devised a part-time course offering theory in the evenings and flying on the weekends. It tapped into a whole new market.”

Scheduling aside, the next and arguably most vital step was to purchase a plane. Neel believed a large enough database would raise the required funds of at least A$150,000. If he failed to reach the target, he’d simply return the money. His first day of business secured A$180,000. A plane was bought and more followed as the business skyrocketed. “We produce a significant number of Australia’s pilots,” he reflects.

“At one stage we grew about 300% in a year, which meant an increase from 1.5–2% of revenue a day. Keeping up with that pace presents its own problems. So I’m constantly recruiting, looking for the right people to manage it.”

In 2016, Soar Aviation partnered with Melbourne’s Box Hill Institute to deliver pilot training courses, and in 2018 50% of the business was sold to private equiteers The Growth Fund to support the company’s national and international expansion plans. While Neel appreciates the backing, he admits it doesn’t translate to much downtime.

In fact, it’s the opposite. “The responsibility of having somebody else’s money invested in your business adds a lot more pressure,” Neel says. “I’m more focused than I’ve ever been, up at 3am and working 18–20 hours a day. I have to deliver a return for them and grow the business nationwide.”

Neel admits his passion for aviation has always been more on the business side than flying planes. He vividly remembers being a young teenager telling his father of his dreams to start an airline. “He kept telling me we didn’t have the money,” Neel says.

“I knew the first step was to learn how the plane flies and I’d tell Dad that once I was flying private jets around, I’d find some billionaire investor to invest in my airline.”

Neel did learn to fly, spending his early teen years playing Microsoft Flight Simulator, before he could begin training in real planes at age 17 to earn his pilot’s licence and become an instructor at 18. Today, married with a toddler and having exceeded his dream, Neel knows he could retire, but it’s a prospect he immediately dismisses.

“What would that achieve? I’m only 30, what am I going to do? I’m good at golf and play a couple of times a week, but I’d get bored. Retirement is nowhere on my radar. Not at all.”

Instead, Neel is busy investing in different businesses, a passion he also uses as a distraction for being less hands-on at Soar Aviation. “I’m very hands-on,” he admits.

“But we’ve filled our C-suite and it’s all about delegation now and me taking a step back, or at least trying to. It’s hard, though, and always a challenge for an entrepreneur, because it’s your baby. You want to do it all.”