Flying into the future: Patrick Marous 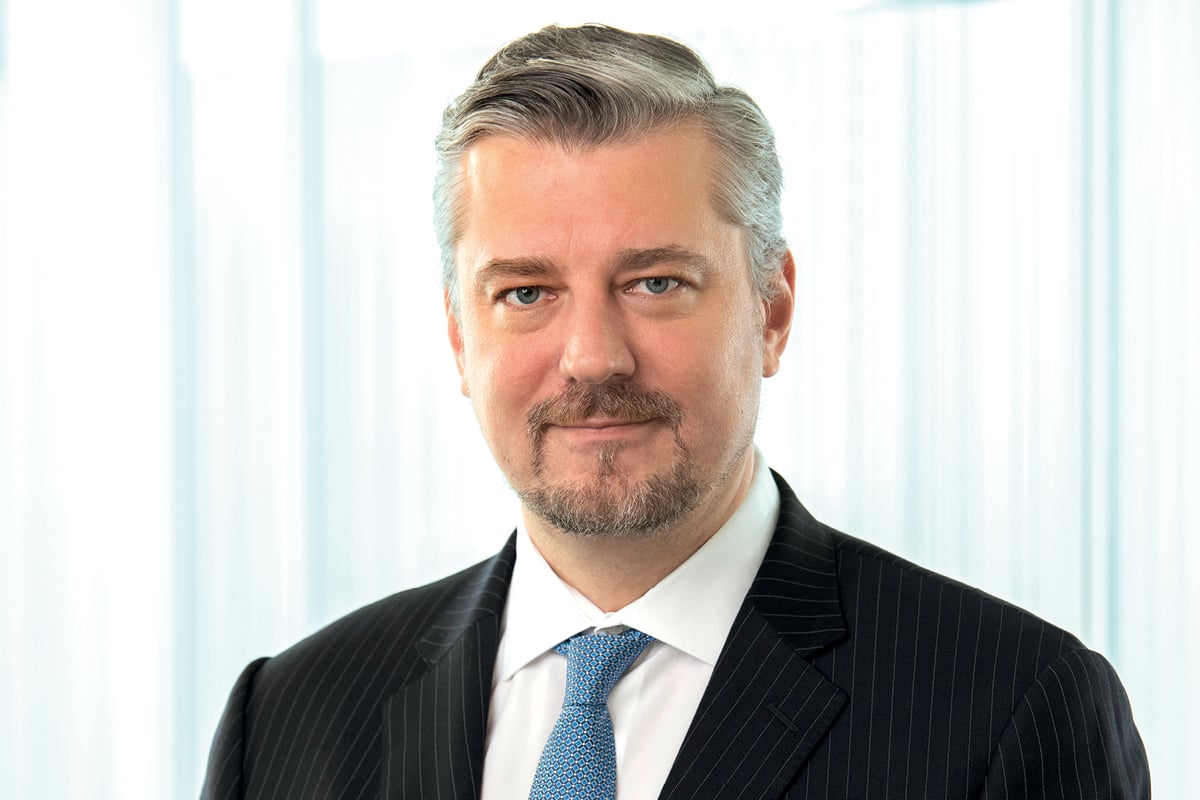 When you think about it, it’s really no wonder that so many children develop a keen interest in space and aviation. Their imagination is captured by the idea of rockets hurtling through outer space and brave astronauts exploring new frontiers.

Even a visit to the airport to watch aircraft taking off and landing can be a thrilling experience for a small child. It certainly was for Patrick Marous, who has many fond childhood memories of travelling on planes to far-flung international destinations on holidays with his parents.

The young French lad loved everything about flying, from the bustling atmosphere in the airport to the magnificent aircraft and, of course, the flight crew, who were his heroes. While some children tend to lose interest as they get older, particularly as they enter their teenage years, Patrick’s interest only increased.

“Later on, I went to a space camp in France, which was founded by French astronaut Patrick Baudry. It was a two-week experience where they basically train teenagers like mini astronauts, so we were training in the flight simulator and we had basic courses in avionics and how to fly a plane. We built small rockets that we had to launch. It was a lot of fun and that experience really inspired me a lot.”

Despite his passion for the industry, Patrick didn’t grow up and become an astronaut. Instead, he studied business and commercial economics and joined the materials distribution business of German industrial giant thyssenkrupp in 1997.

He then worked for corporate finance consultancy Conpair for five years before returning to thyssenkrupp in 2005. Patrick has spent the past 15 years working his way up through the global company, which has involved plenty of jetsetting around the world.

“I’ve flown a lot during my professional career and I’ve always been interested in new plane models coming on the market,” he says. “The opportunity arose for me to become the CEO of thyssenkrupp Aerospace in 2018, so now I’m fortunate to be working in an environment that I’ve found fascinating since my early childhood.”

“I’m fortunate to be working in an environment that I’ve found fascinating since my early childhood.” 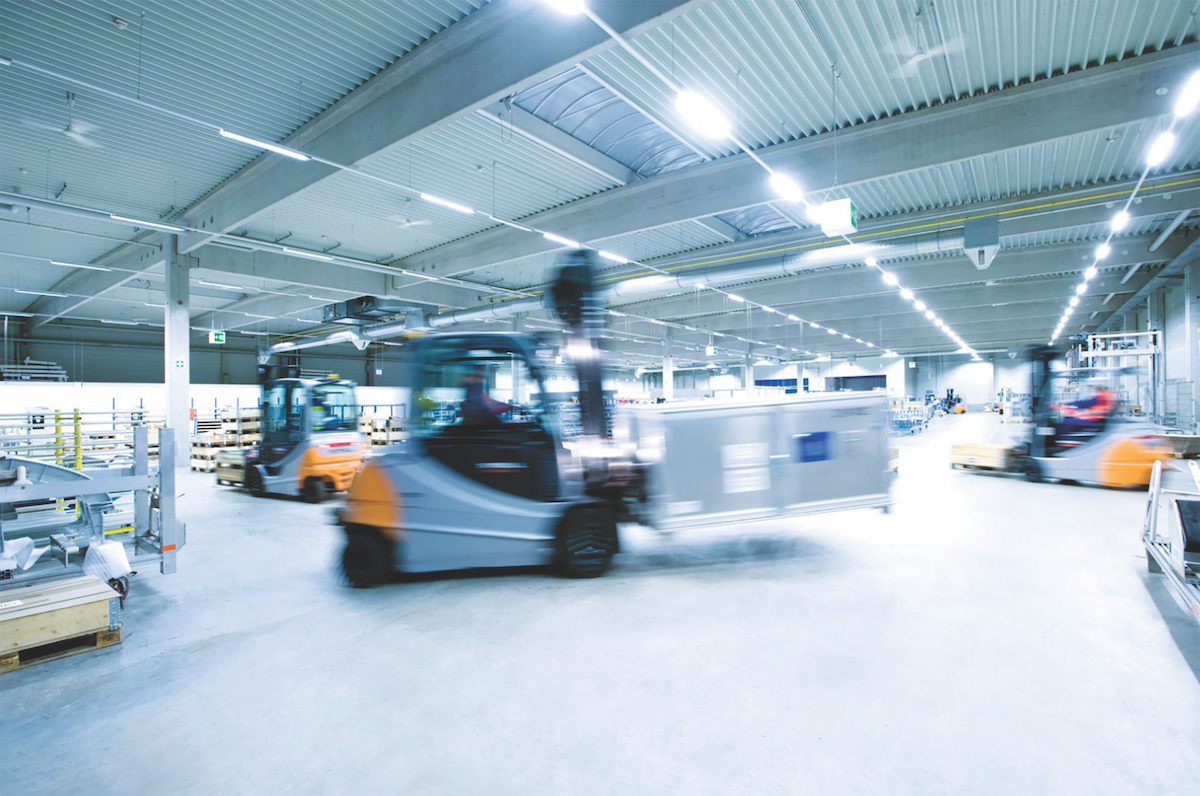 “Proximity to our customer is key,” Patrick says, adding that this is why thyssenkrupp Aerospace is focusing on developing its business in Asia.

“Most of our customers in Europe and the US have already set up activities in Asia and will grow those activities. We are a very customer-centred company and we are following our customers. We are delivering a just-in-time supply chain solution for our customers and for this we need to have the right infrastructure in Asia.”

Having spent eight years based in Hong Kong earlier in his career with thyssenkrupp, Patrick is welcoming the opportunity to once again spend time in Asia. “It’s like returning home; I love the region,” he smiles.

“It’s definitely the growth region for us and also for the aerospace industry in general. We have offices in Hong Kong, Tokyo, Singapore and Seoul, and we’re now starting to build up an infrastructure to capture the growth in Asia.”

Patrick points out that proximity is vital not only in terms of geography, but also in building customer trust. “We are very close to our customers. We want to engage with them in the long-term and create a win–win partnership for both sides. Our customers trust us to perform outsourced processes for them. The aerospace industry has very strict requirements in regard to quality, because obviously we want people to be safe when they fly,” he explains.

“So, there’s a need to be a safe system and ensure the quality of all our steps in the supply chain. Our customers know that thyssenkrupp Aerospace is the leading company in doing that, as we’ve been providing this assurance for the past 30 years in working for all the big OEMs and Tier-1 companies in the industry. Our Asian customers very much value this expertise that we have gained over the years.”

In addition to developing more infrastructure in growth regions, thyssenkrupp Aerospace is investing heavily in its people and systems. “People skills are very important, so we invest a lot in training our teams. It’s very important for us to have the right people at the right place, serving our customers,” says Patrick, adding that technology is also important.

“People skills are very important, so we invest a lot in training our people.”

“It’s about making sure that we have the right IT systems and infrastructure to be closely connected to our customers.”

Thyssenkrupp Aerospace also maintains close ties with its suppliers in the region. “We already have a well-established supply base in Asia, but it’s going to grow as the aerospace and aviation industry grows,” Patrick explains.

“We are seeing more and more suppliers coming into this area and developing materials that are suitable for the aerospace industry. We have a lot of expertise and can guide the suppliers, especially in Asia, on how to grow and which areas to grow, and we can partner with them to help them distribute their products.”

One of the most important lessons Patrick has learned from his time in the aerospace industry is the value of having a long-term vision. “Anyone who has travelled by plane knows about turbulence,” he says.

“Sometimes, it gets shaky and there are lots of ups and downs, but that is very normal, and if you get distracted by this then you forget to have a long-term view. It’s the same in the aerospace industry. So, I think the best advice is to fasten your seatbelts and look ahead. You need to think long-term; don’t lose your direction.” 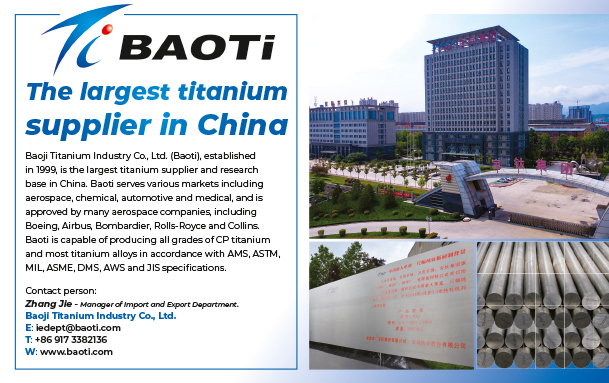